10 Heroes Mobile Legends With the Lowest Winrate in Ranked (ML)

Here we will provide tips about Hero Mobile Legends with the lowest win rate in the rank. It turns out that the heroes below have a pick rate and even a very low win rate.

There are so many heroes in Mobile Legends for you to use. There are those who can be a carry in the team and there are also those who can be a support to help the team when it is in trouble. With a good team composition, you can play well. This is done, so that you can cover the shortcomings of each hero that you use to try to help each other. If you use a hero with origin, you will be easier to beat. Here we will provide tips about Hero Mobile Legends with the lowest win rate in the rank. It turns out that the heroes below have a pick rate and even a very low win rate.

Each hero used has a different win rate and pick rate in use. Each hero has a different usage and win rate. There are heroes that are often used, rarely used, have high win rates and also lose high rates. Depending on the hero used, usually a hero with a high win rate is because he has strong skills and can attack enemies easily. 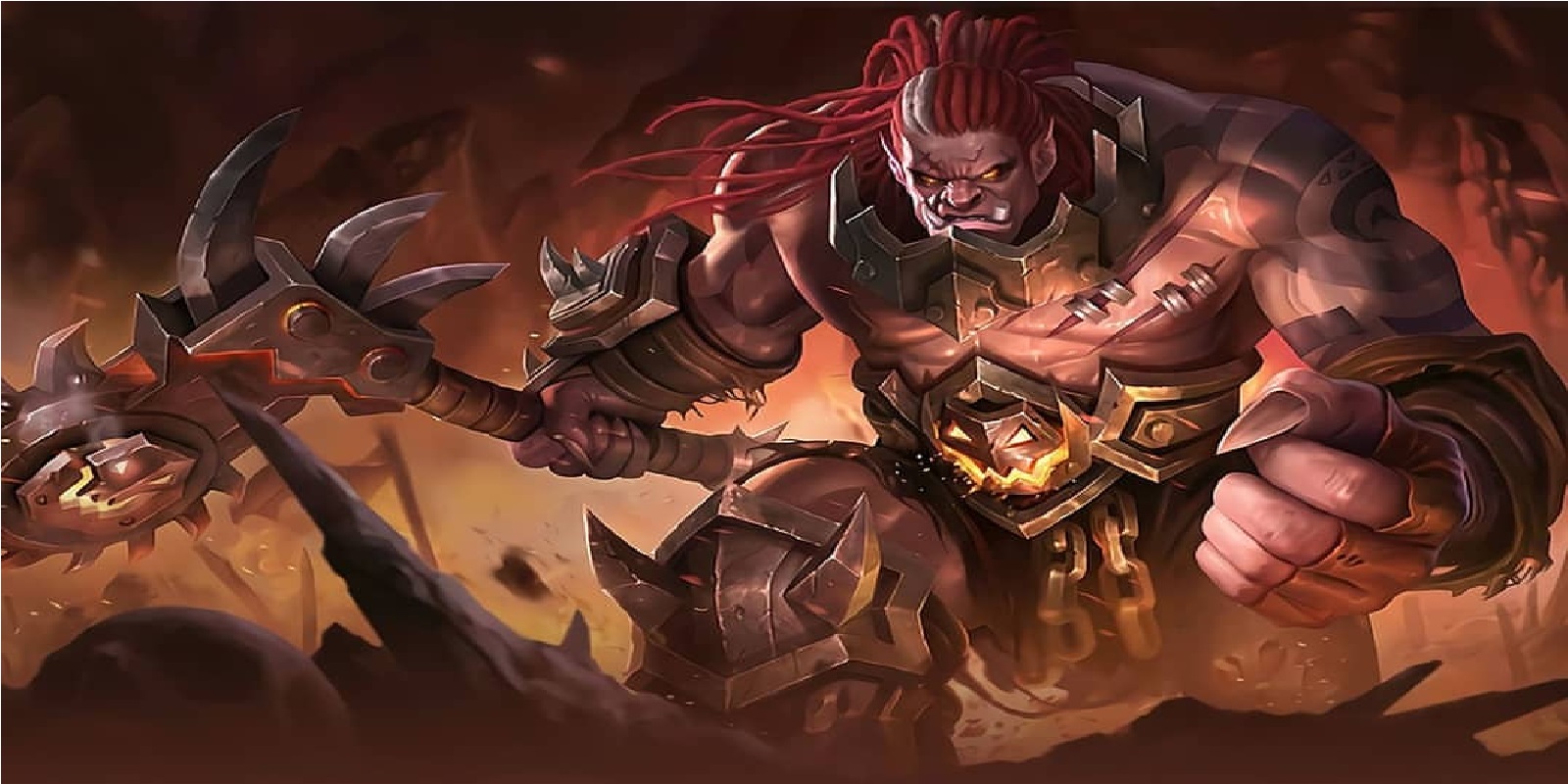 Balmond is a fighter hero who is currently the hero with the lowest win rate in the ranking. He has a 44.33% win rate with a pretty low pick rate too. Maybe because his skills are too easy to understand and can be counted easily, making it rarely used by many people. Not only that, this hero is still somewhat weaker than other fighter heroes such as Hilda who gets buffs, as well as by new heroes who have stronger skills.

Actually, this hero has very strong skills, with a high burst. Not only has a high burst, Balmond has high durability with CC skills that can help him hold off enemies. What makes it difficult to attack enemies is that the kill movement is too short. Not only that, he needed preparation to attack the enemy, which made him very slow when used. 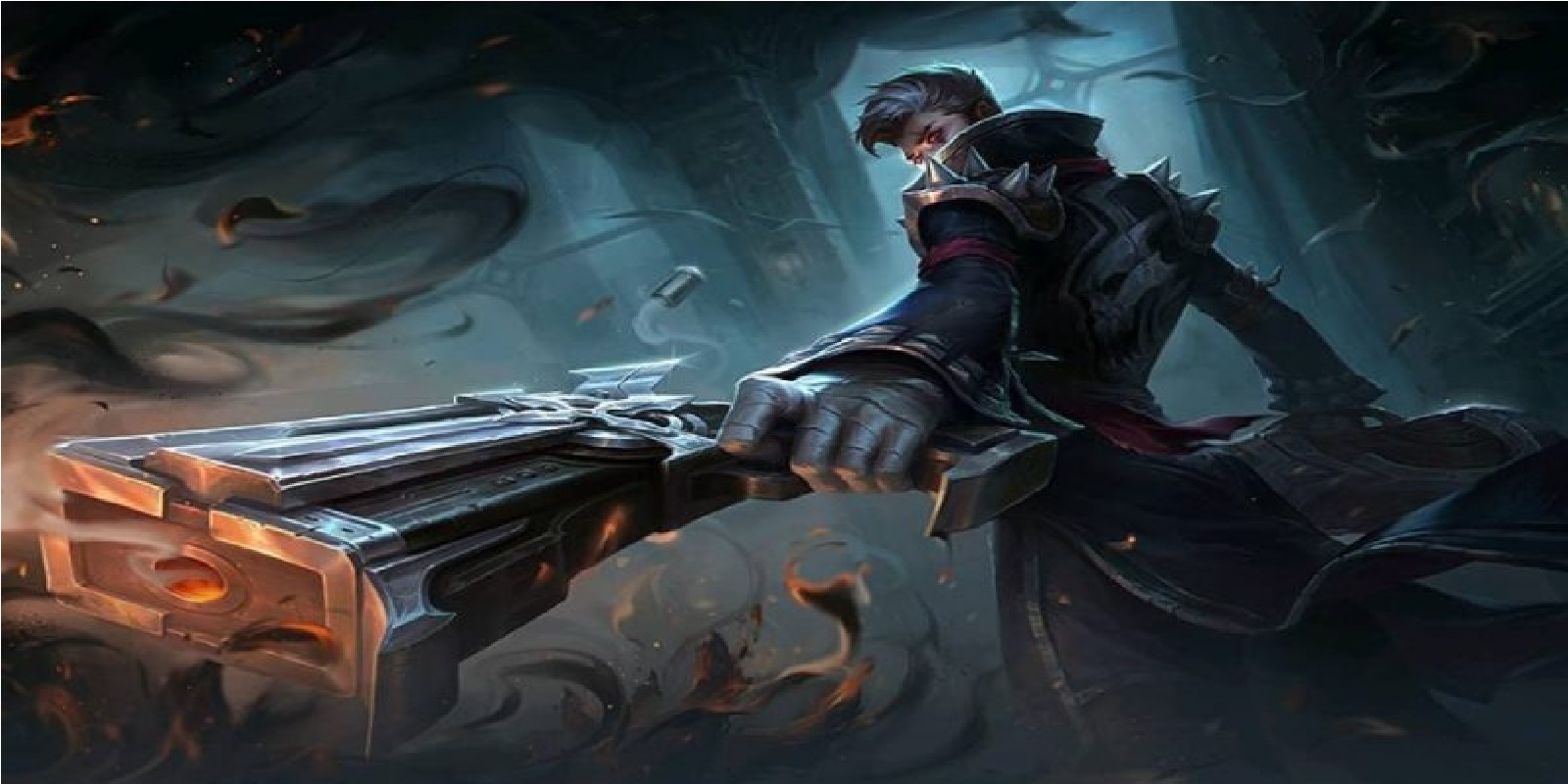 Granger in this season has a very small win rate of 44.39%. Even so, he has a pick rate greater than Balmond. Maybe because there are many new marksman that can replace it, or the meta hyper carry, which is getting difficult to launch, makes it difficult to use. Nowadays many are using other marksman heroes like Miya or Layla because they get buffs, making it difficult for granger to lift.

In terms of granger skills, it is actually strong enough to become an ADC, but as previously discussed, he lost to a marksman who had received a buff. There are still many other marksman like Miya that have high sustained damage, so marksman like granger is difficult to win the game. 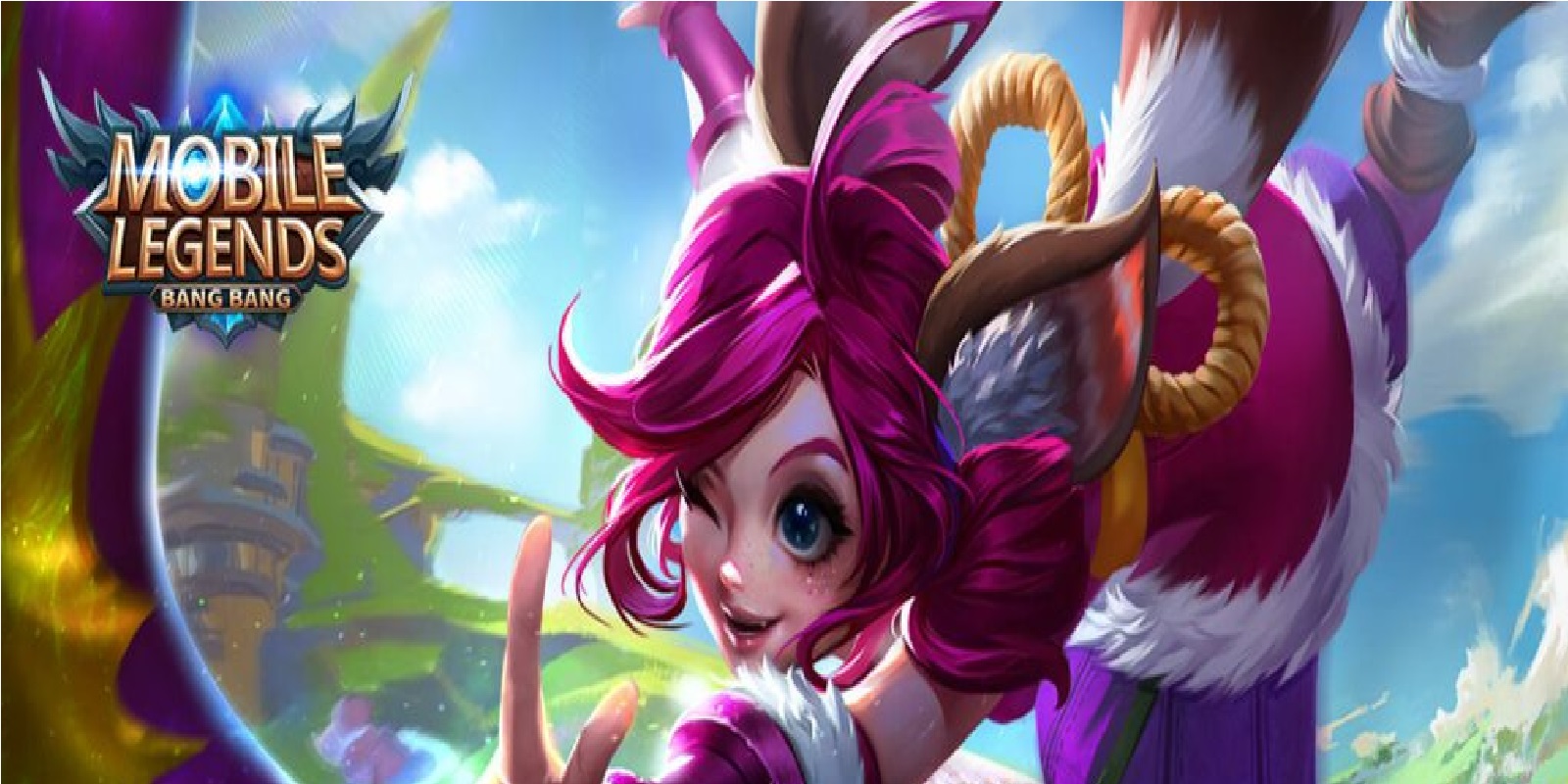 Nana is a mage / support hero on mobile legends who has high damage with strong CC. I don’t know why this mage has a small win rate of 44.4%. Maybe because the current support uses more tanks and anti-CC. This makes nana less effective when used. Not only that, Nana becomes less powerful when used as a mage, because the scaling damage is not high compared to other mages.

This one hero can actually be a very strong CC support, because he has a skill that can Morph the enemy. Not only that, his ultimate skill has a large area and can have a stun effect. The weakness for the skill is anti CC. If you have a strong anti CC skill, or a movement skill that can avoid the skill. Nana becomes very difficult to attack the enemy. 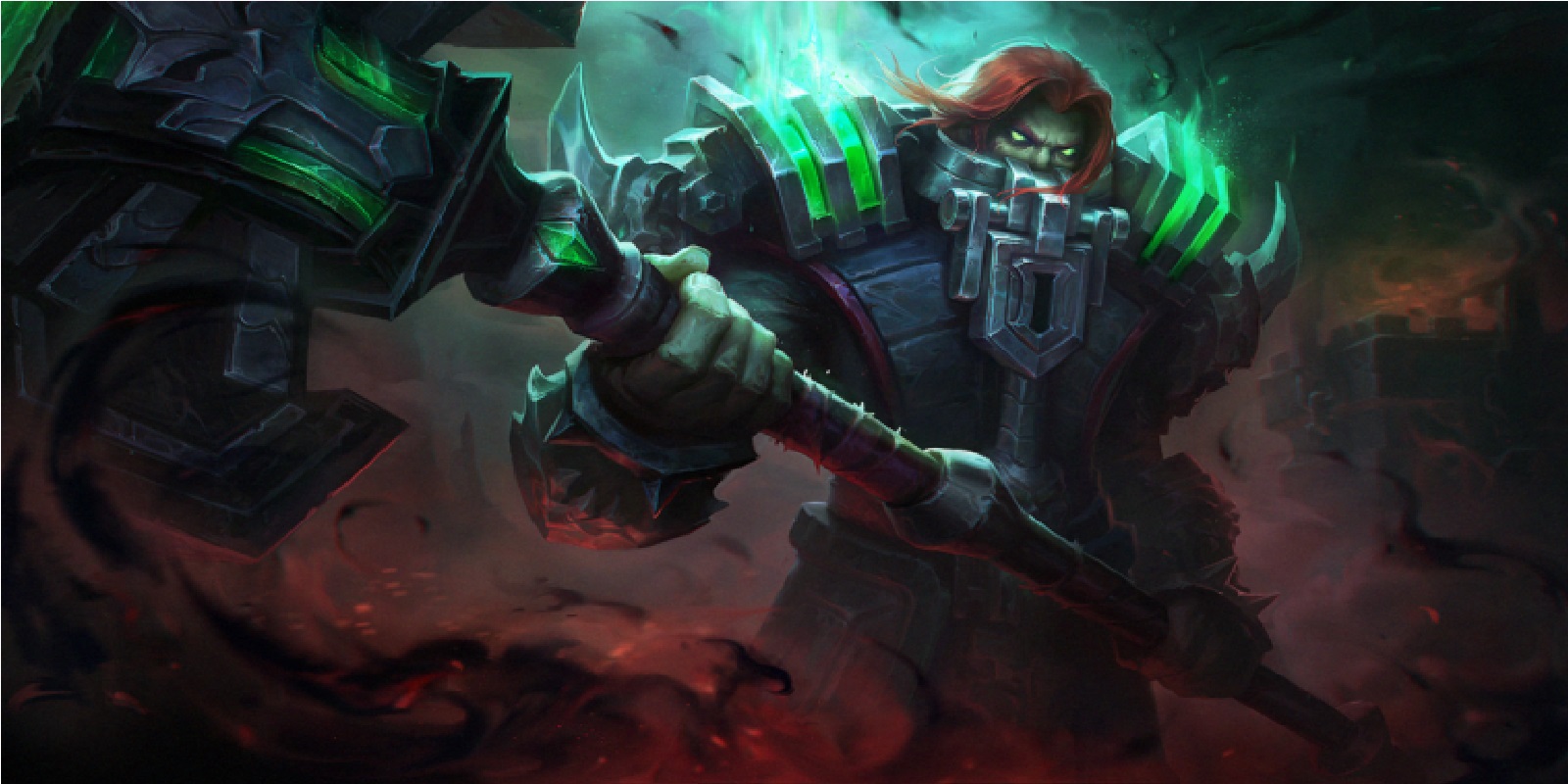 Terizla is one of the fighter heroes who has strong skills in dealing damage and binding enemies with his CC skills. This hero has a win rate of around 44.74%, with a fairly small pick rate. Compared to other fighter heroes, Terizla is quite slow to attack enemies. This makes the attack very easy to read.

This hero has strong CC skills and can withstand enemies well, because he has a strong durability too. However, what makes it difficult to use from this one hero. Most of the skills they have have a long delay, but the scaling they have is not as big as other fighter heroes. 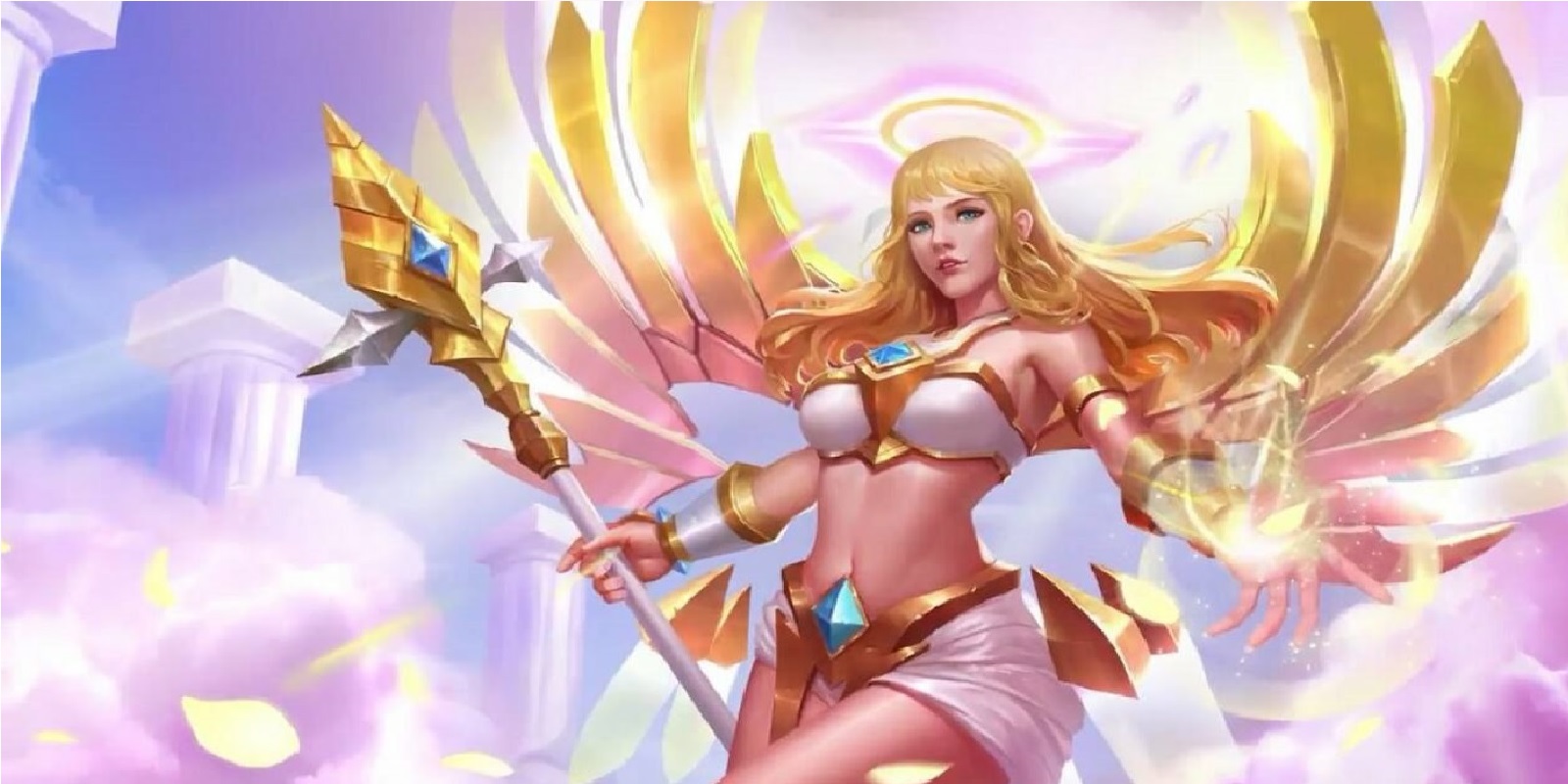 Rafaela is a hero support healer who also has poke skills with CC that are strong enough to attack enemies. The healing he gives is also quite large, but this hero turns out to have a very small win rate. The win rate of this hero is 45.12% with a small pick rate. Maybe because the hero support healer is very easy to counter.

This hero has a strong skill area so that it can be given to 1 team easily. Not only that, Rafaela also has a poke skill that can provide a CC effect over a very long distance. So you can attack the enemy easily from a distance. However, if the enemy uses anti-heal items, Rafaela’s heal will be difficult to give to the team. 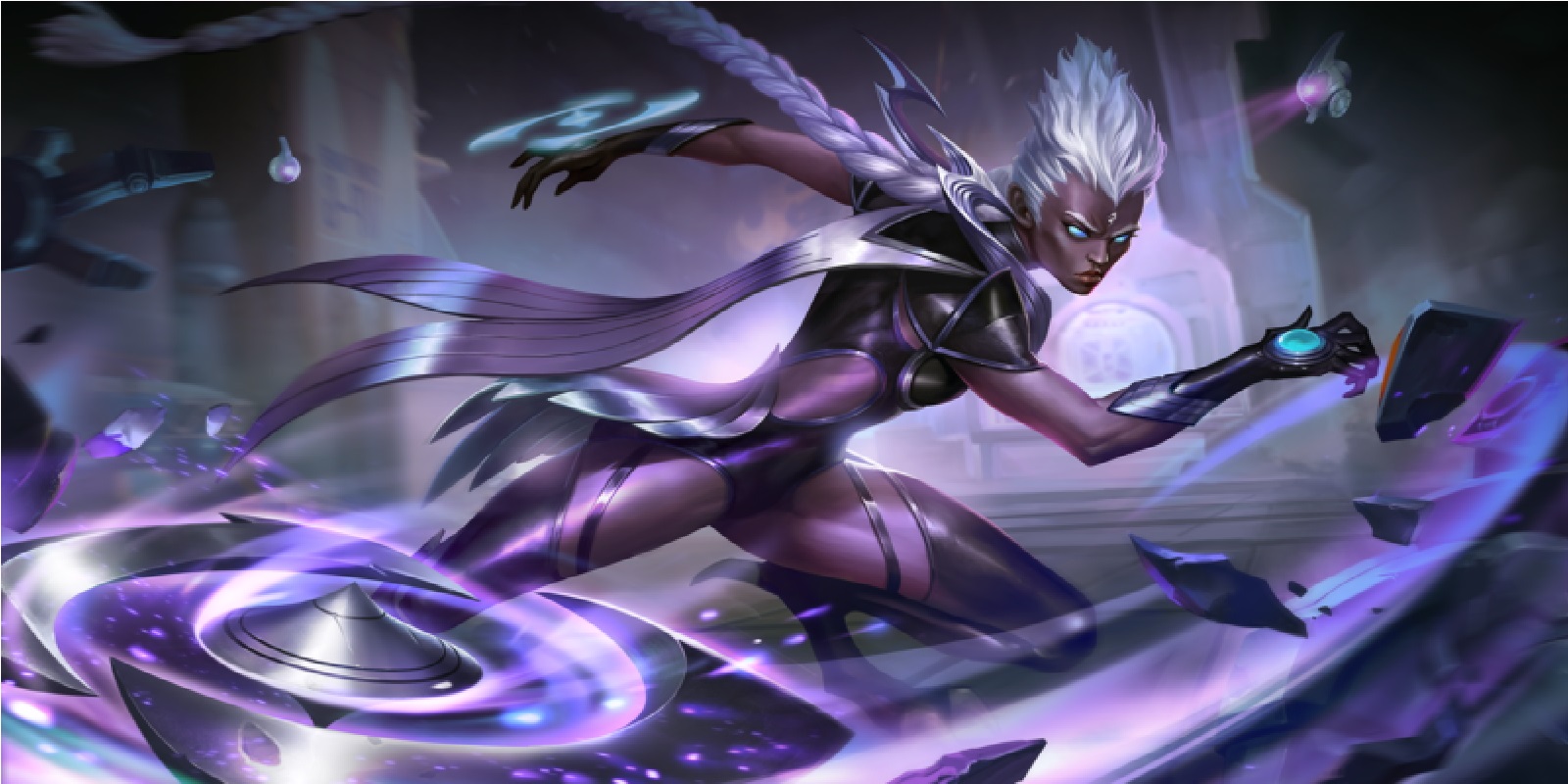 Karrie is one of the marksman heroes with high sustained damage. However, this hero has a win rate below 46% even though he himself as a marksman hero has high damage, but compared to other marksaman heroes, Karrie still loses. Maybe the many upsadates that come make this one hero difficult to adjust.

If you look like Miya or Clint who can attack enemies easily, Karrie is more difficult to compete with them. Not only because of the damage it has, the skills it has are still difficult to adjust to the existing meta. 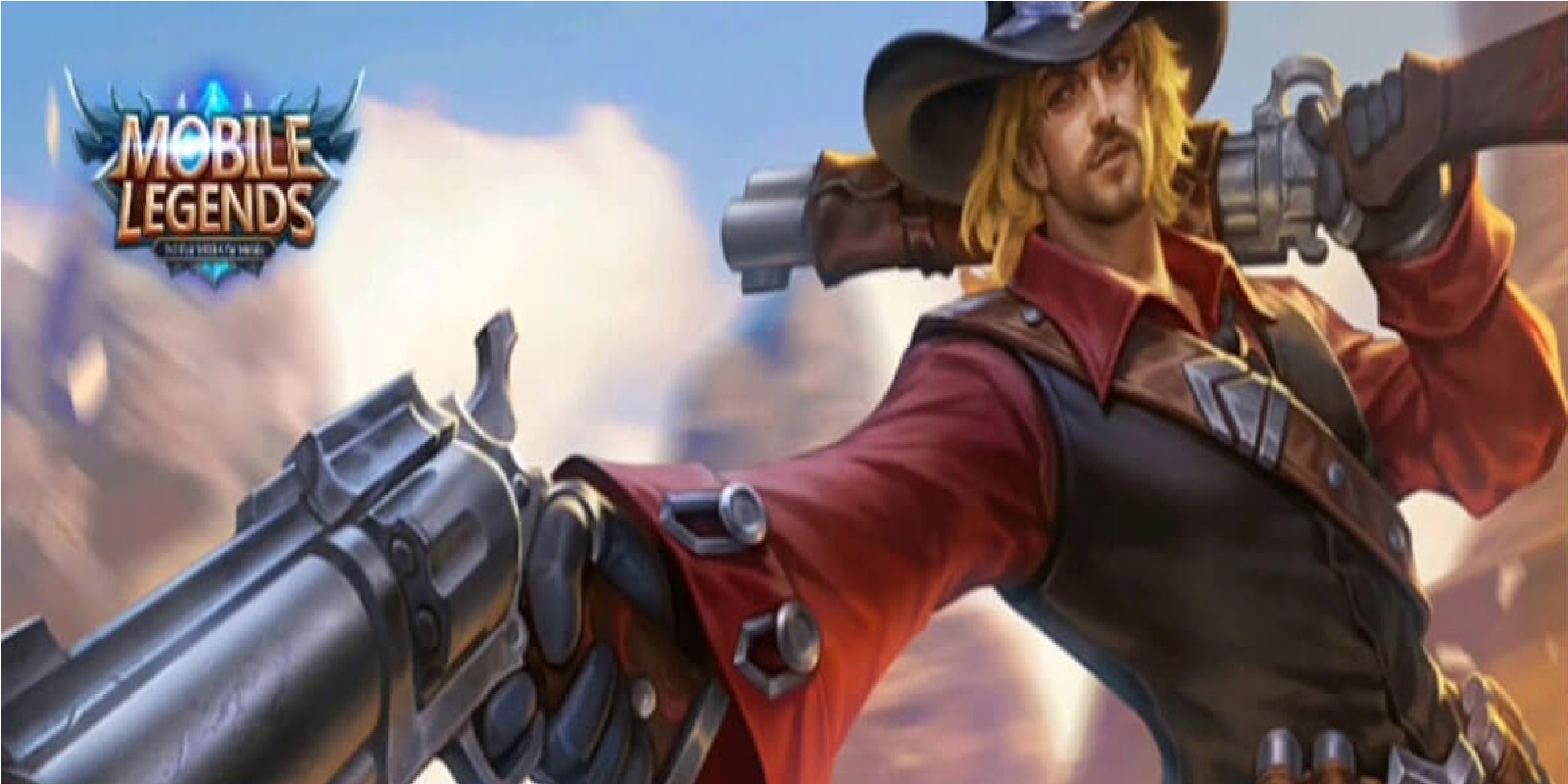 Clint is a marksman hero with a burst type. Currently, the marksman hero with burst damage is very rarely seen. Clint does have a very long distance, but has damage that is difficult to maximize. He also doesn’t have a good enough escape skill, making him a soft nest for assassins.

Currently, what is more widely used is the marksman hero with the sustained damage type. Clint-like types that rely on one shot with high damgae are very difficult to match the existing Meta. Moreover, clint attacks will fall greatly when playing in a game that is too long, due to thick enemy items. 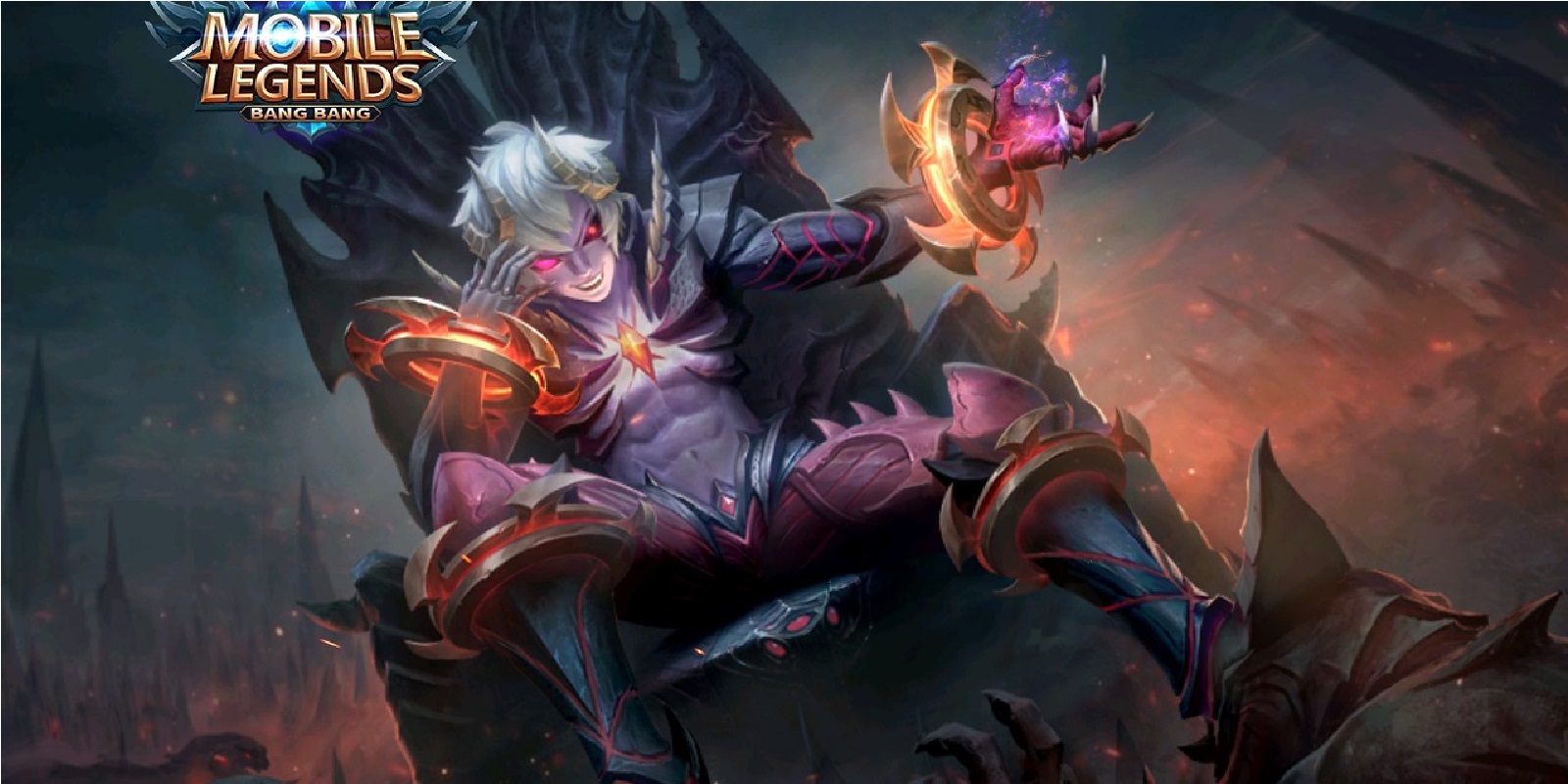 Dyrroth is a hero figher burst with high damage over a long distance. This hero still has a fairly high win rate of 46.15%, but it hasn’t reached above 50%. Because, the pick rate of this hero is quite high. Maybe because many players still don’t understand how to use this one hero well, making it difficult to attack enemies when playing.

From sehi skills, Dyrroth has high damage scaling with a great distance so that it can attack enemies easily. However, what makes it difficult to attack enemies is CC. He doesn’t have enough CC to keep the enemy in his attack distance. 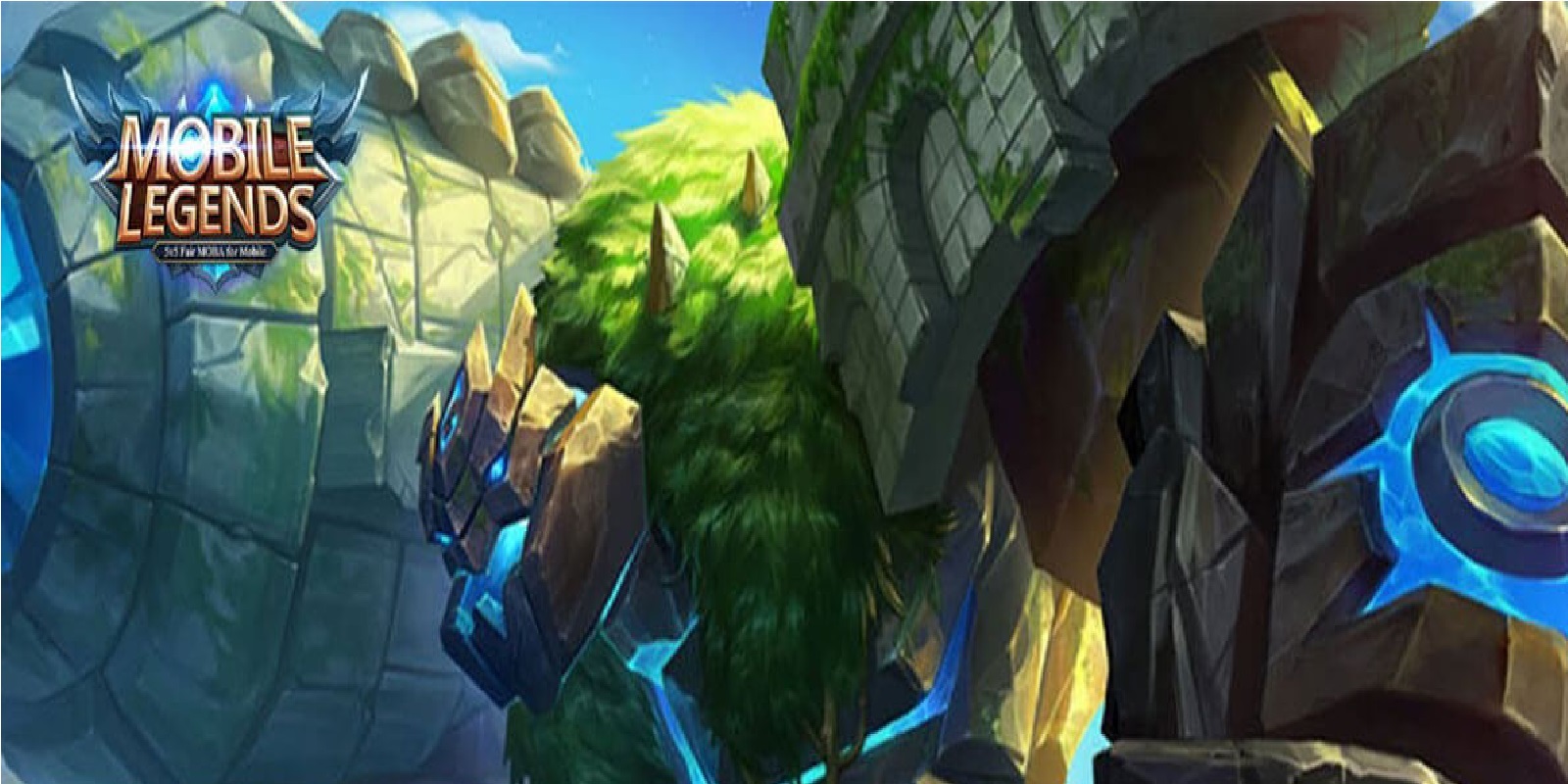 Grock is a support / tank hero on mobile legends, who can build walls and has strong CC. This hero has strong CC skills and can summon walls to cover the enemy’s path. However, the win rate of this hero is actually quite small. Winrate of Grock heroes in ranked around 46.17% in ranked. Maybe because he is not very popular, because his pick rate is quite low.

This hero is actually very strong, because he has very easy skills to attack enemies or protect friends. In addition, Grock also has high durability to withstand enemy attacks. However, the use of skills from this one hero is quite difficult to use. So, many players have difficulty using it. 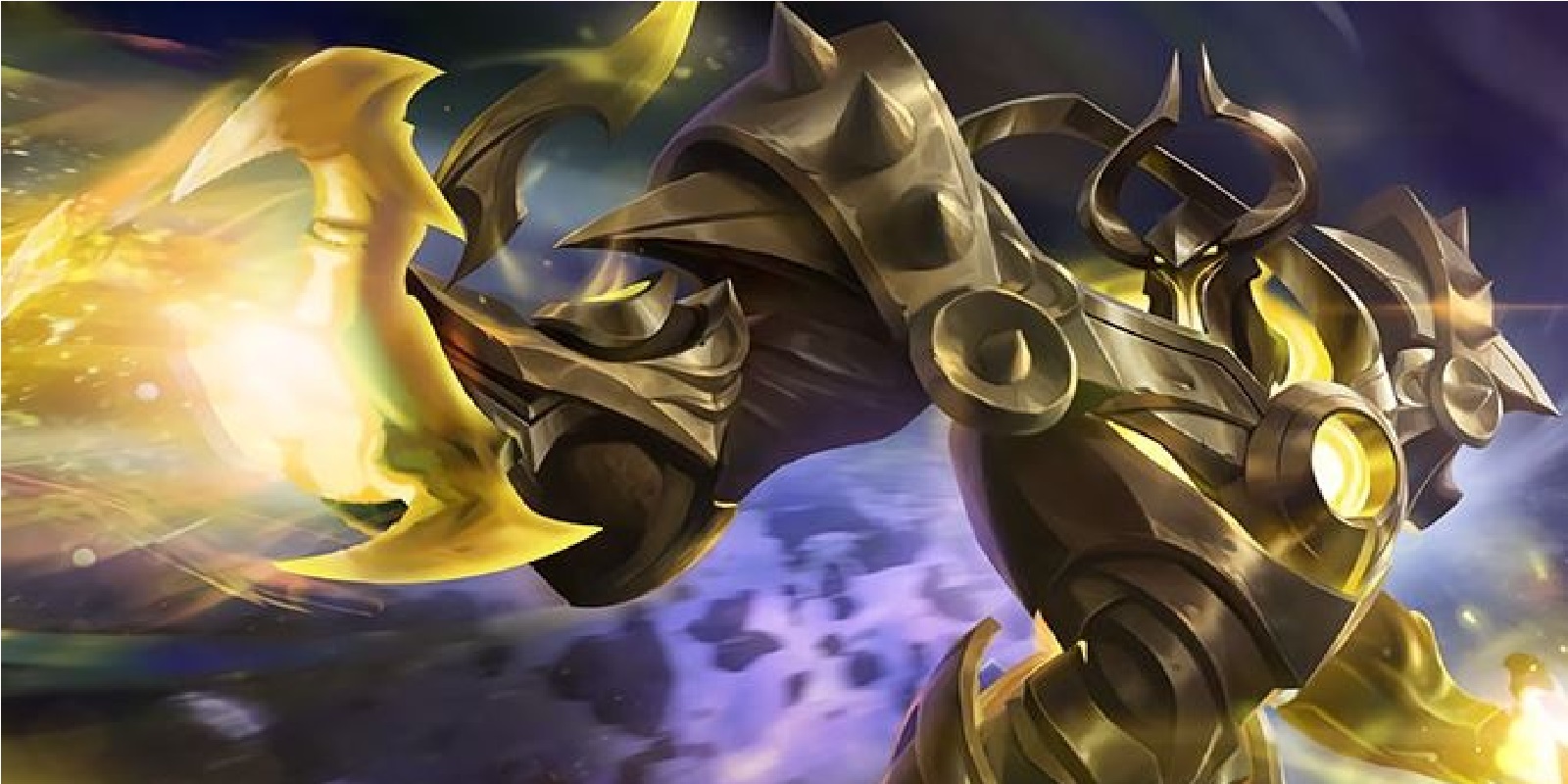 Uranus is a tank hero with high regen skills. He can attack enemies easily, because besides having a high damage area, he can also get high movement speed. He can withstand enemy attacks, as well as chase enemies, making him an all-around hero. However, this hero has a small win rate, around 46.22% with a high pick rate.

Maybe because many players play solo so that players become overwhelmed when playing. Because, Uranus needs good cooperation, to attack the enemy. If not, he will find it difficult to help the team and win the game.

Those are the tips about the Hero Mobile Legends with the lowest win rate in the rank, which you should know. Indeed, many of these heroes have a small win rate. However, that doesn’t mean the existing heroes are very weak. With good play and teamwork, this hero can be difficult to beat. Don’t forget to keep practicing, play wisely and don’t become a toxic player!

How to Get Lancelot Empyrean Flame Mobile Legends Skin (ML)