If according to Esportsku there are 15 Heroes Must Have Couple Skins in Mobile Legends (ML), they really have to get skins like that. So later it will look suitable for you to use, even the Hero himself will have a partner in this game for you to see later.

Some things that do appear in this game now are indeed satisfying, you have to know everything so you don’t miss anything. Moreover, with the emergence of several things such as the update that will appear next, it might give a very good impression.

For now, there is already a Skin Couple Mobile Legends sequence from the beginning until now, to be able to make your character cool. But things like this will indeed continue, until a new skin appears related to this existing couple. 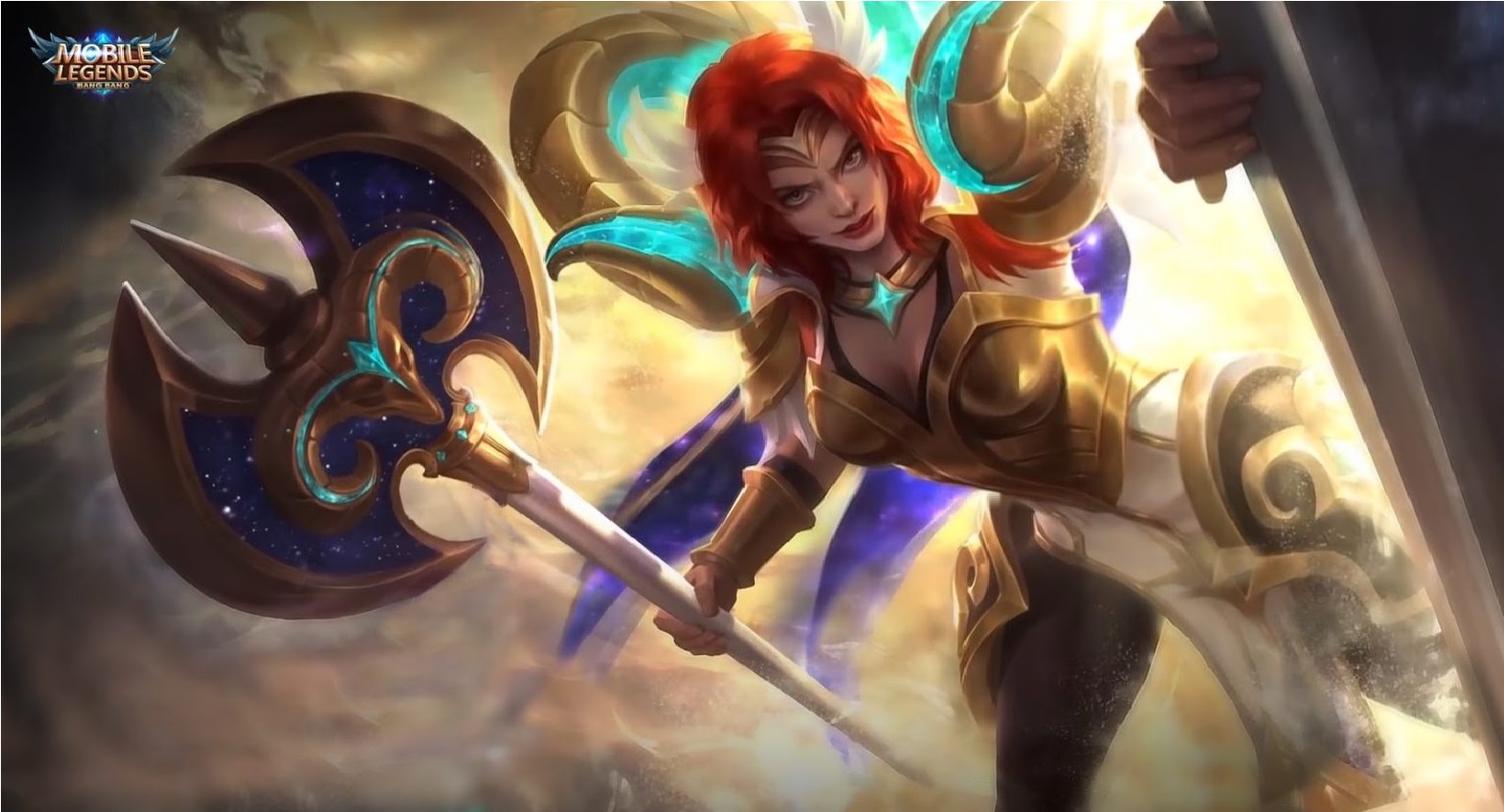 For the first time and it has been the desire of many players too, if Hilda and Balmon are a suitable couple. There used to be a lot of players who hoped that Moonton would soon release the latest Skins from these two heroes using the Couple Theme.

It can be seen in terms of appearance, both of them are also Tank Fighters in the game and have a large attack damage. That’s what makes Hilda and Balmond also very fitting to be a Couple Couple in the Mobile Legends game. 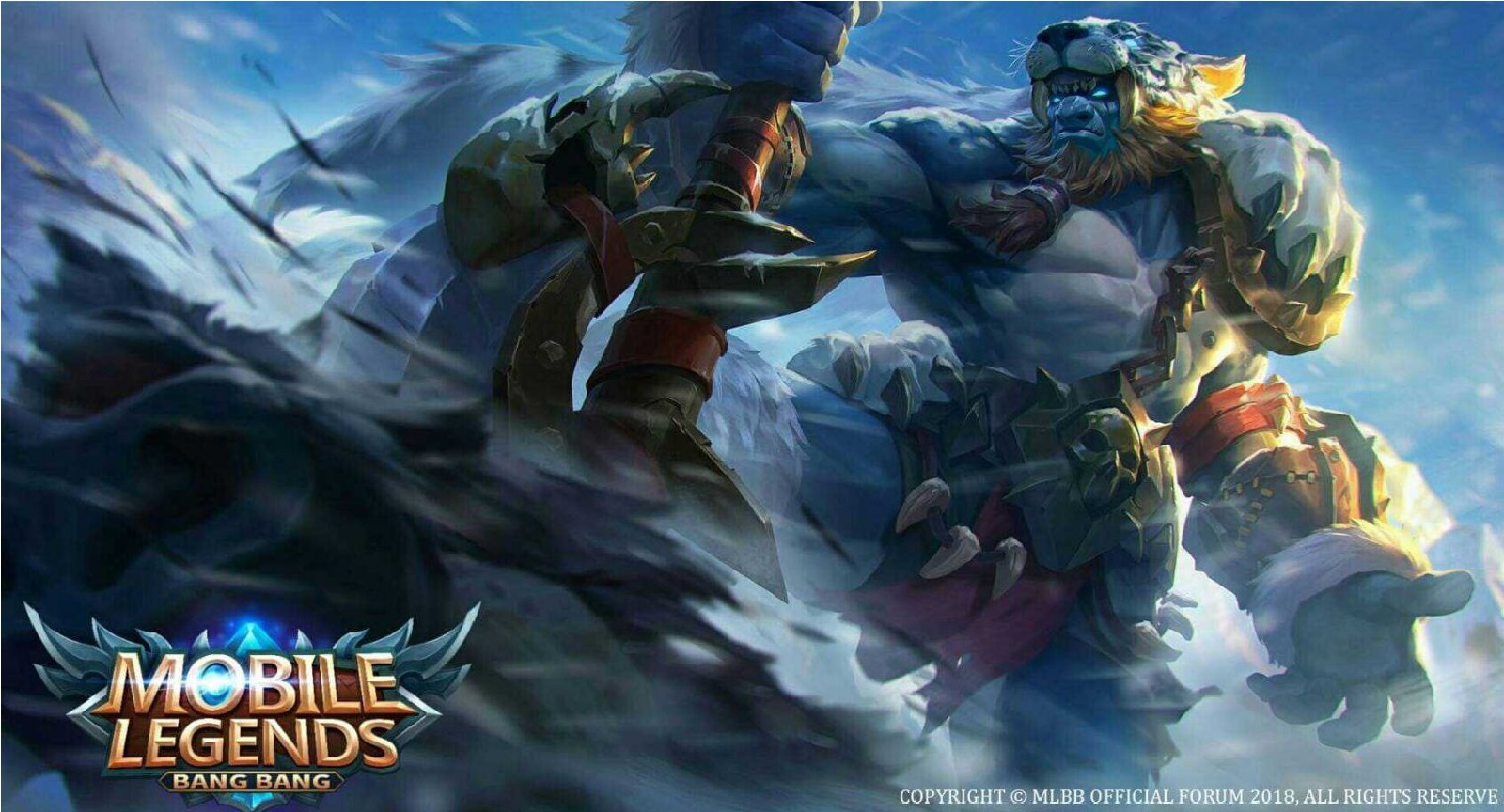 Seen from the role itself, we will also see that both of them have very large ax weapons, but different ways of attacking. 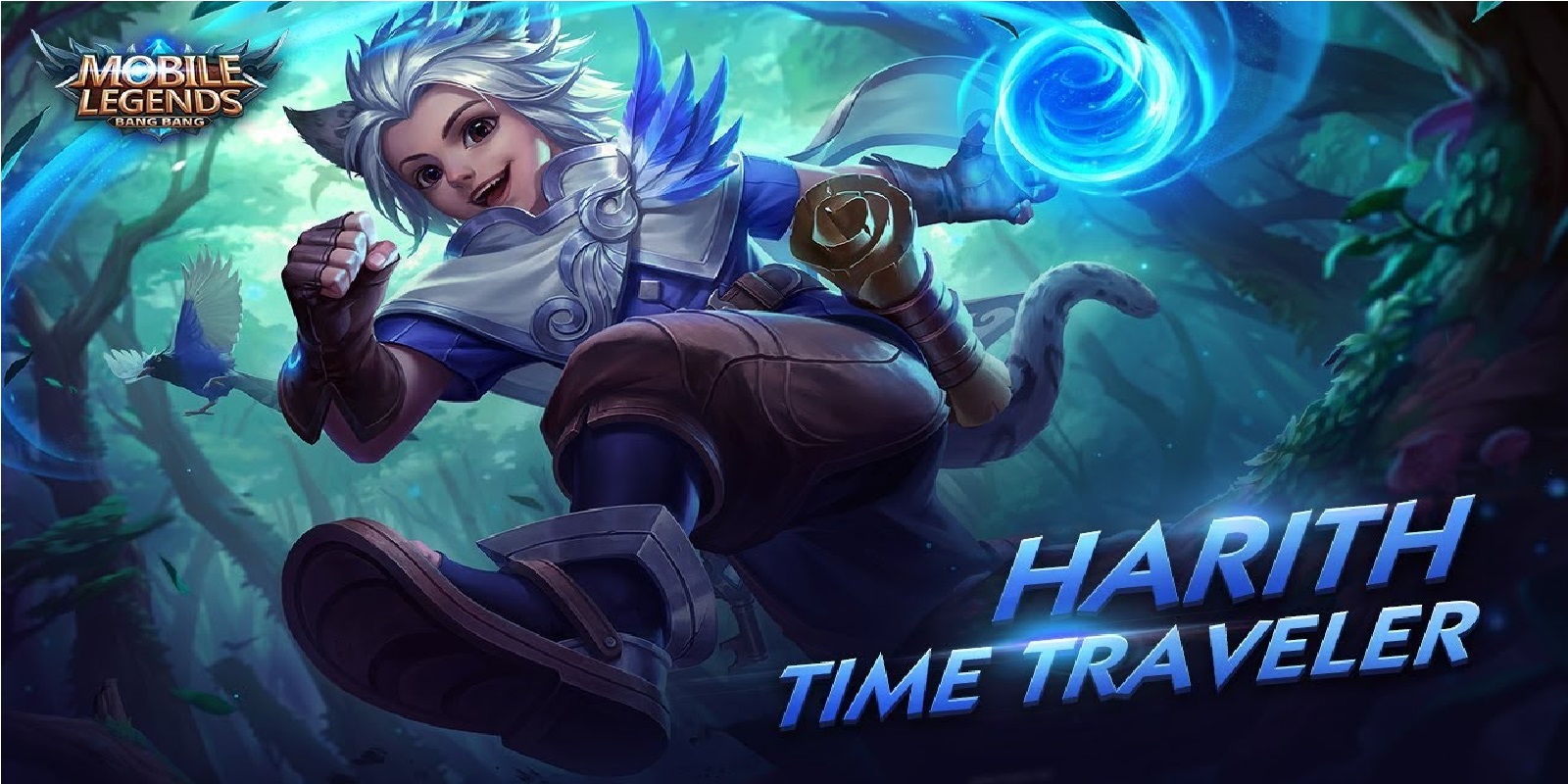 The two Leonins have almost the same resemblance, only the difference is that Nana is Naughty and Harith is the opposite. This hero is one of the most popular parts for the release of a Couple Skin, many players often say Couple between Harith and Nana.

That’s because Harith and Nana have the same race, namely Leonin, then for the strength of Role Mage and Support in the game later. For now there is no definite clarity, but Esportsku also believes that one day Harith and Nana will have a Skin Couple. 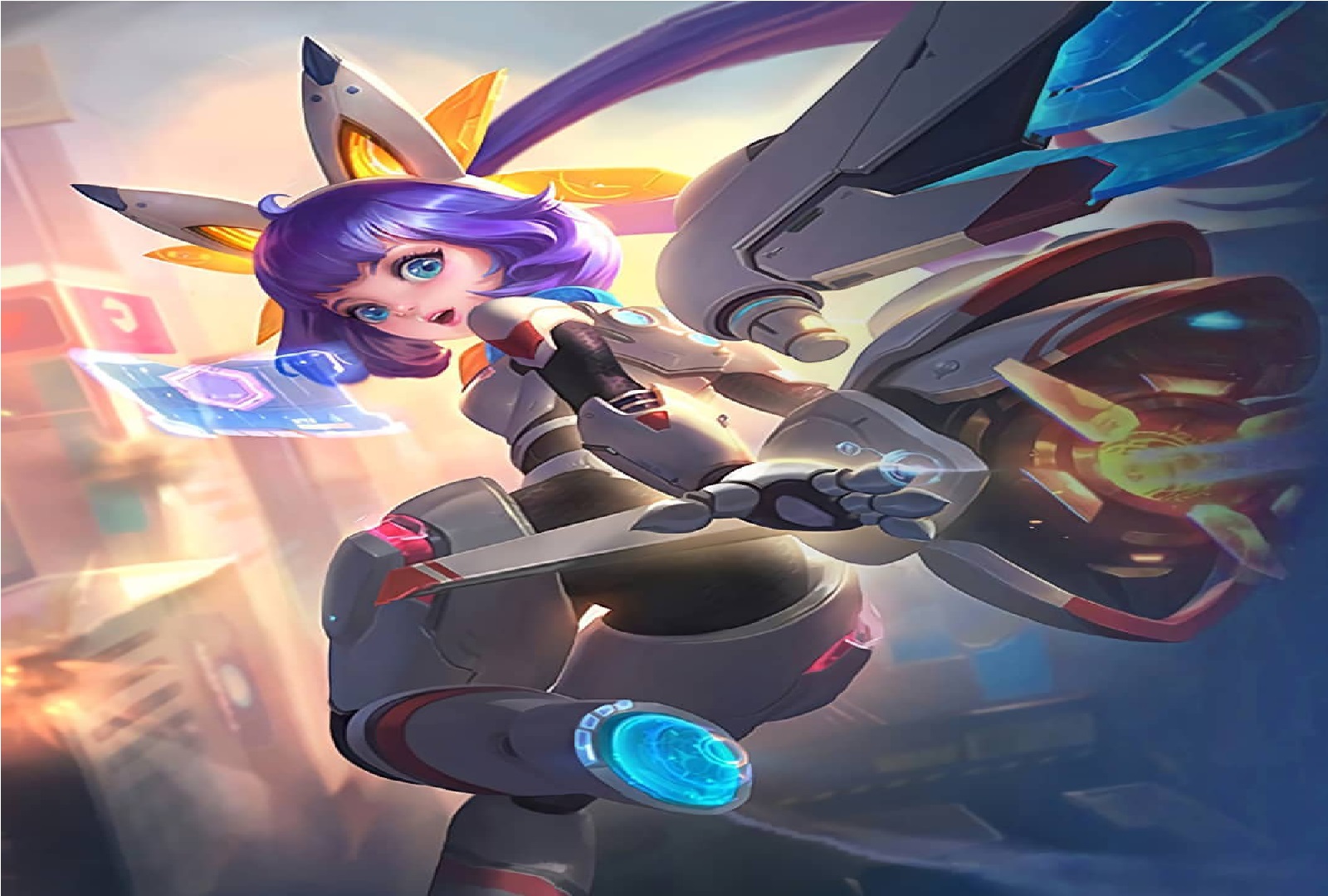 Maybe it’s a big surprise from Moonton, if something like this happens in the upcoming Mobile Legends game. 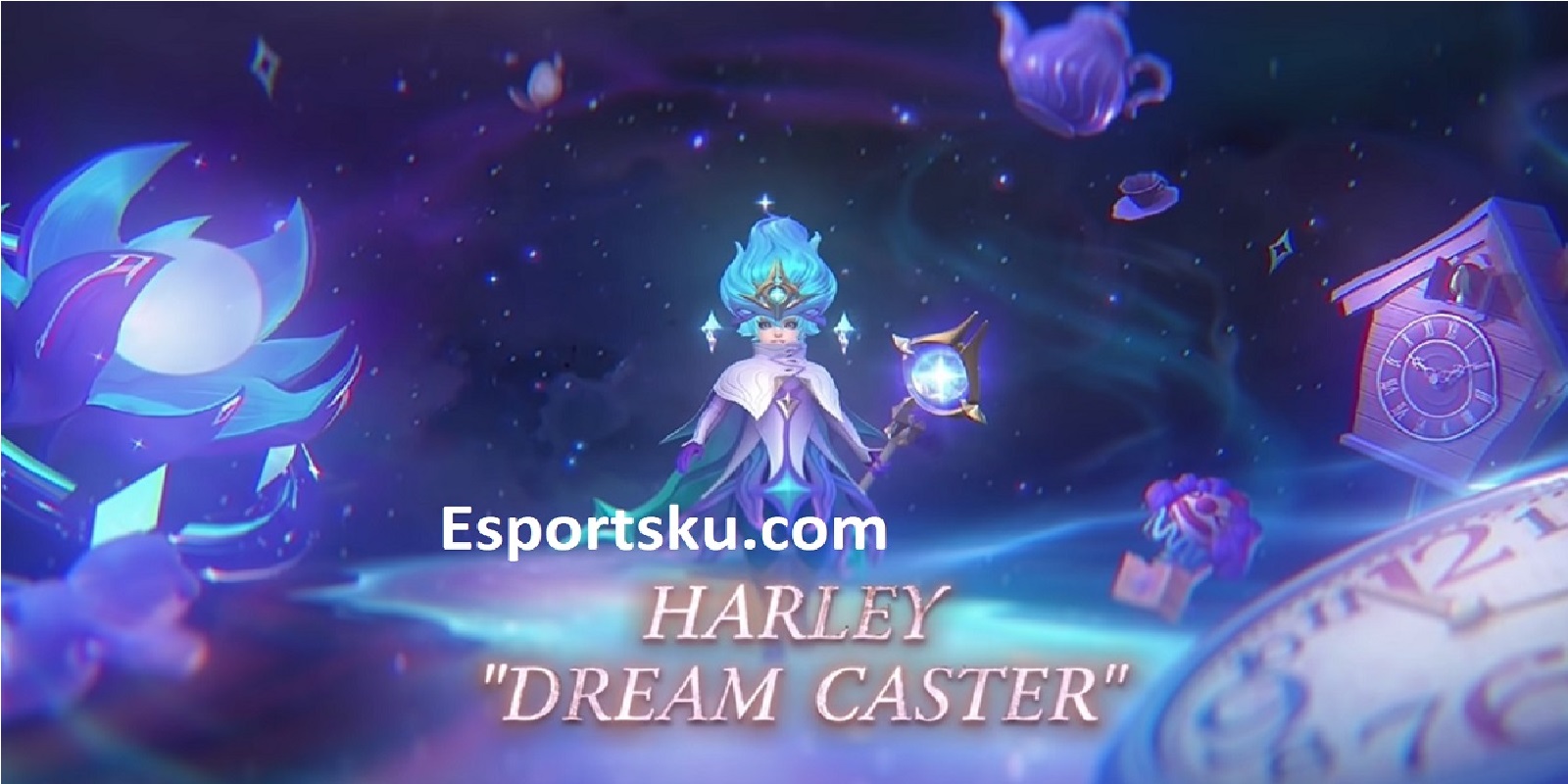 The heroes, named Harley and Lylia, are Little Mage who have such annoying powers. Both of them can have a matching Skin Couple, because by their nature they are also very annoying when we fight them in the match later.

Seeing from Harley’s Skill which will bind the opponent with his Ultimate, then if hit by Skill 1 then the Damage will increase. Then Lylia can do Spam Skills in matches, so that later layered damage will continue to appear to make us die. 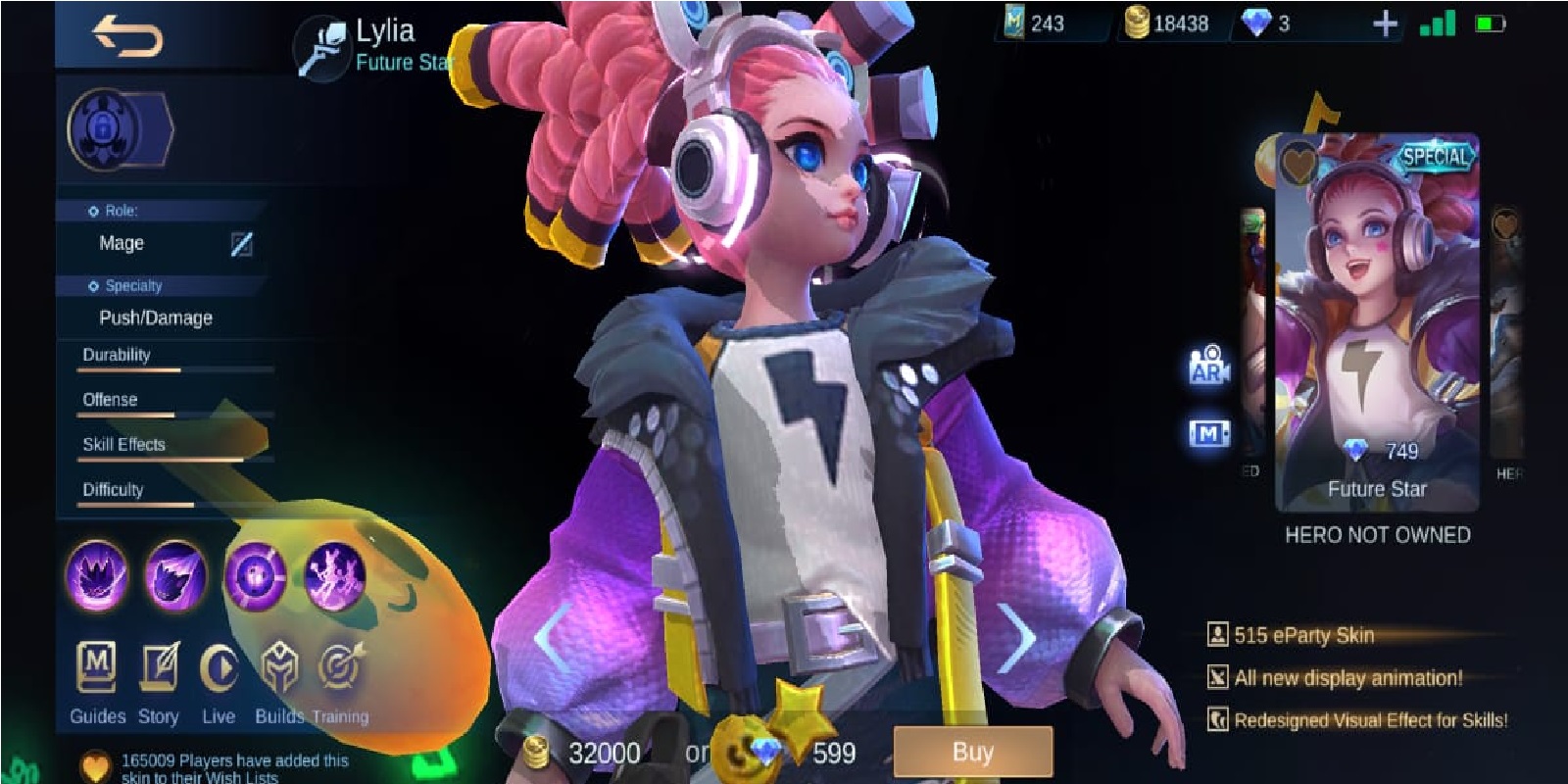 But there are also many players who want Harley and Lylia to be a couple with a new skin which is very cool. 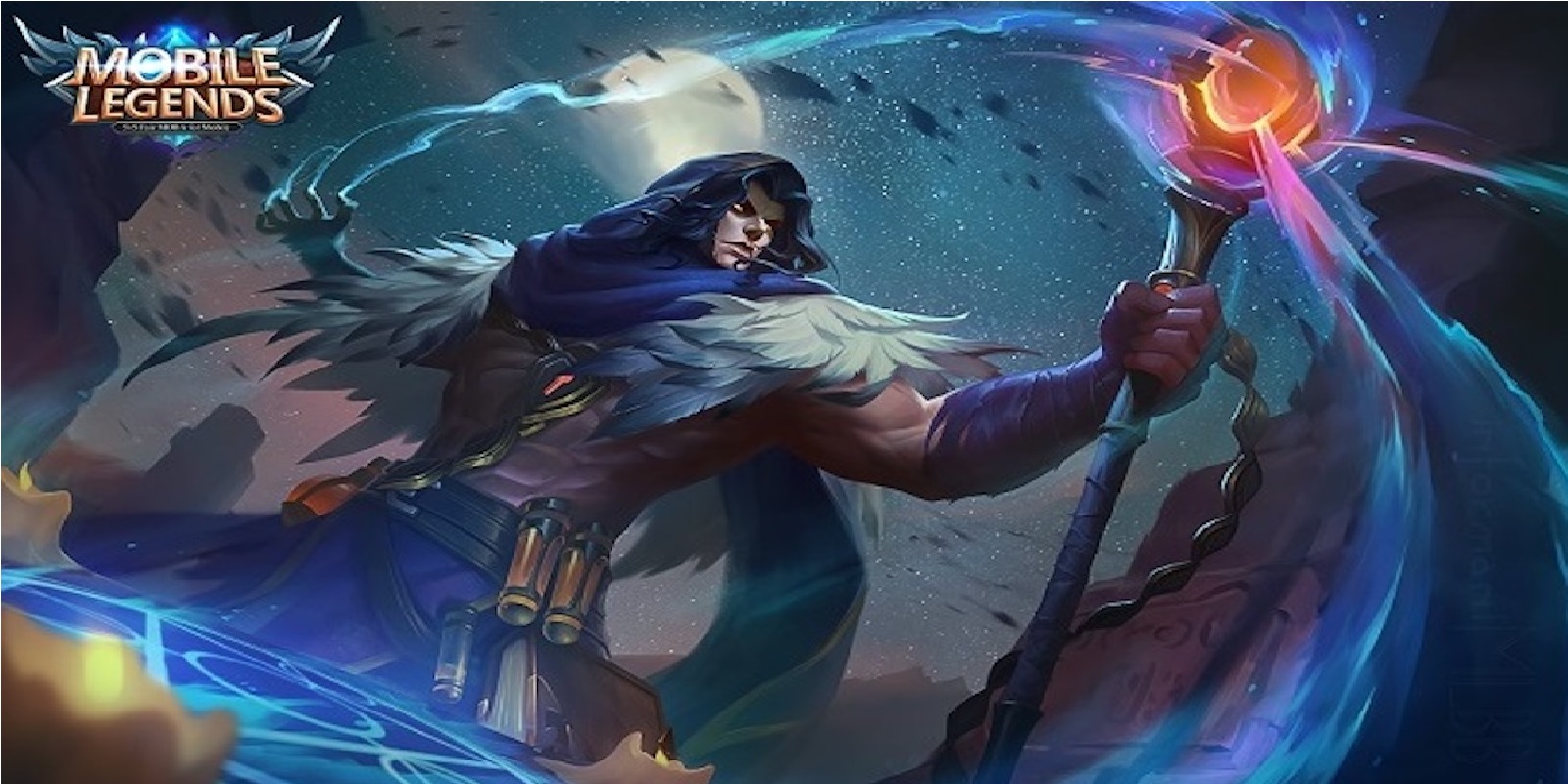 The two Mages who have such strong power, even Vexana can turn opponents into Zombies and Faramis revive a dead team. It’s very similar even in the story if I’m not mistaken Faramis is a partner of Vexana, so it’s natural to be a Couple Skin.

By carrying out the concept of darkness in the Mobile Legends game, of course both of them will provide great power. If the two of them become a couple who are already united, then that will make a big change for all of us. 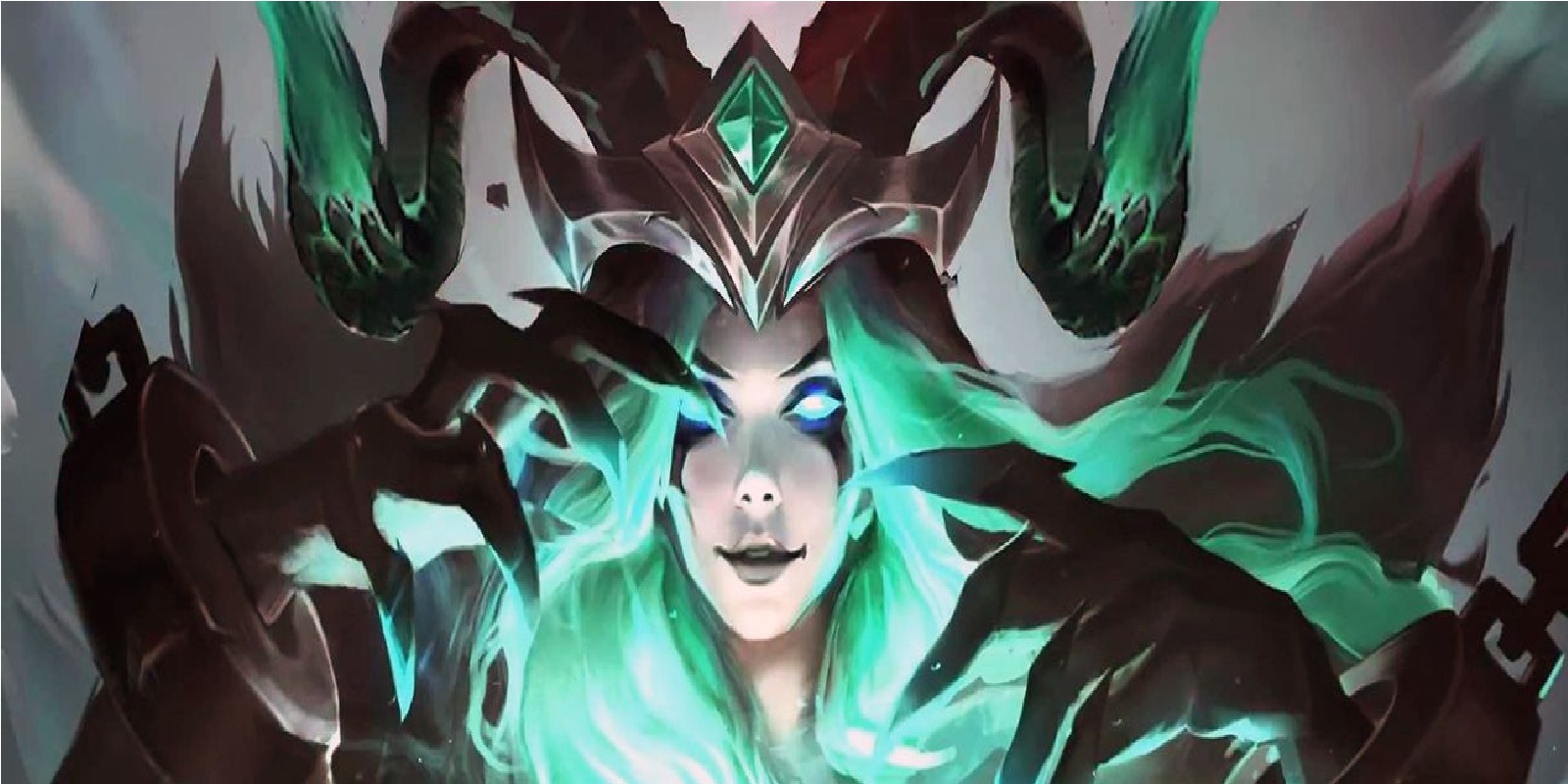 Including Vexana and Faramis users in the game later, there will definitely be a good chance to give something new, right. 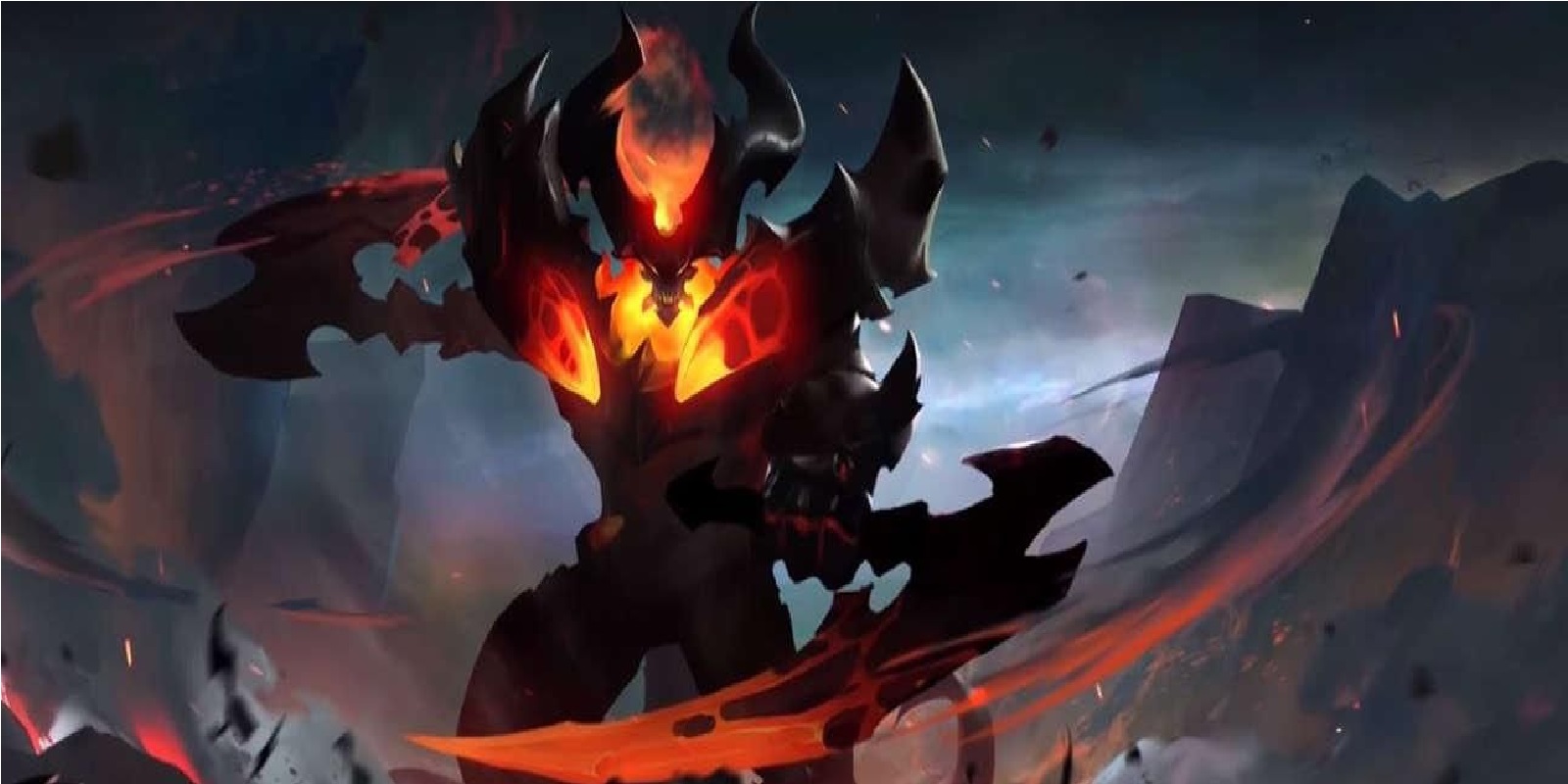 The two of them were also seen so clearly in the Massive Abyss Assault, forcing Thamuz and Alice herself to intervene. Of the two titles as well, indeed in Lore’s story every current Hero both have the highest power in the Abyss now. 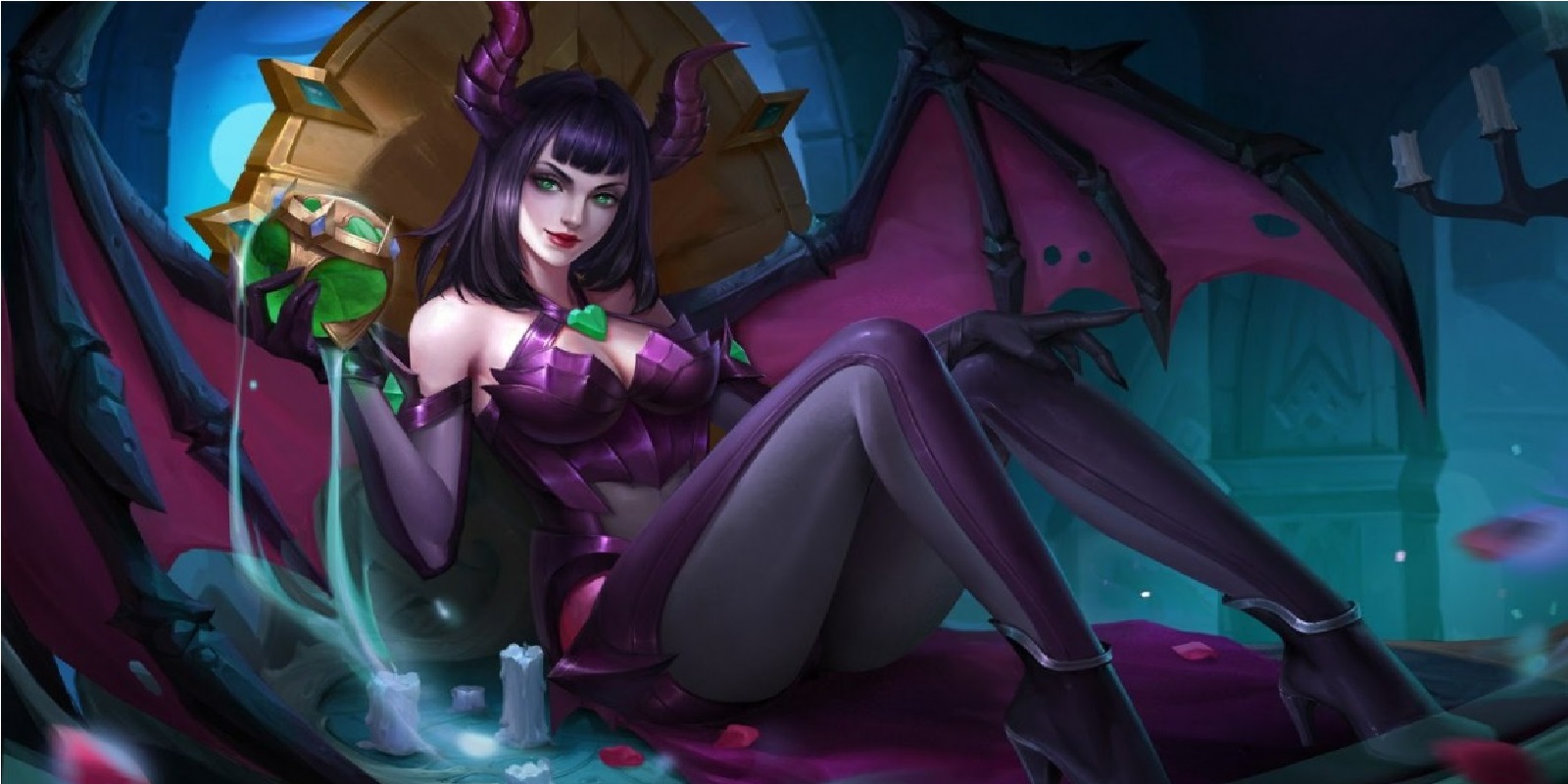 So maybe there is also a possibility that later Thamuz and Alice will have a Skin Couple in human form. 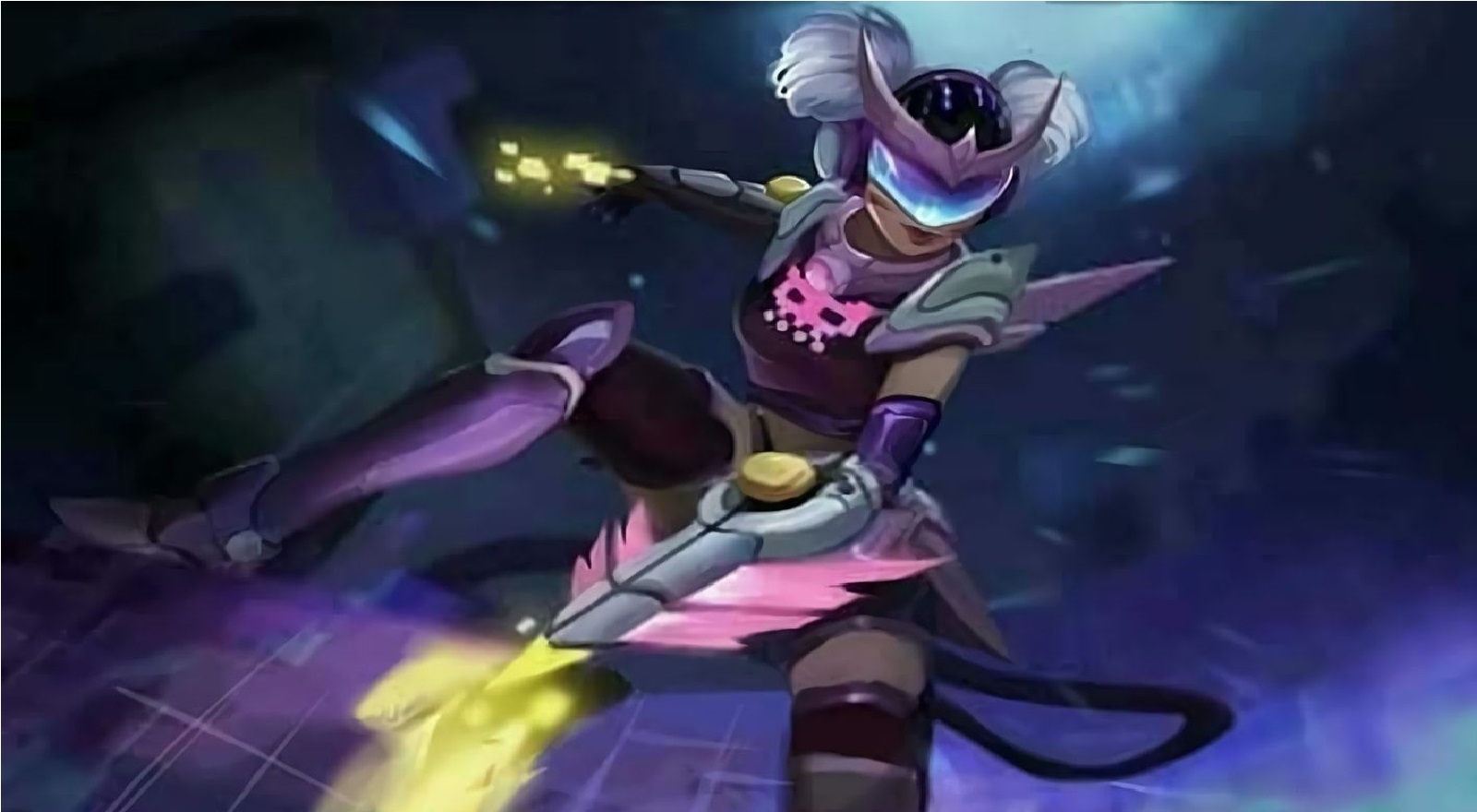 The roles are indeed different, but for the team in Mobile Legend Wanwan and Ling have the same Team clan. Both of them are also the most agile heroes in the Mobile Legends game, that’s what makes them look so strong in the match later.

If you are a couple, it may have its own theme and may be different from the others. It’s just that we do provide a prediction if possible, if Wanwan and Ling will later enter as the latest Couple in this Mobile Legends game now. 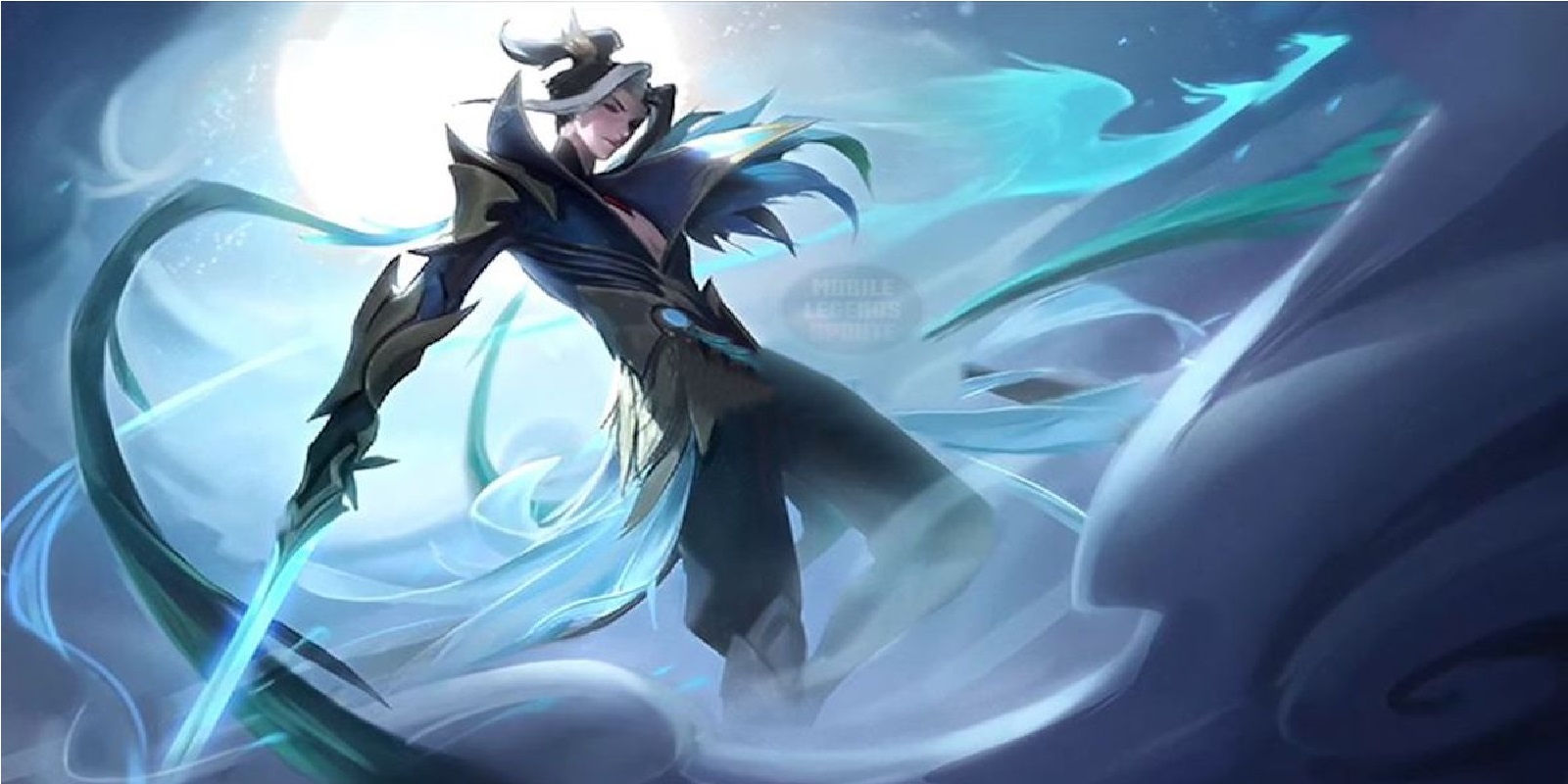 The hero has an element of agility in the Mobile Legends game, so maybe later it will be present as a slang child’s Skin Couple. 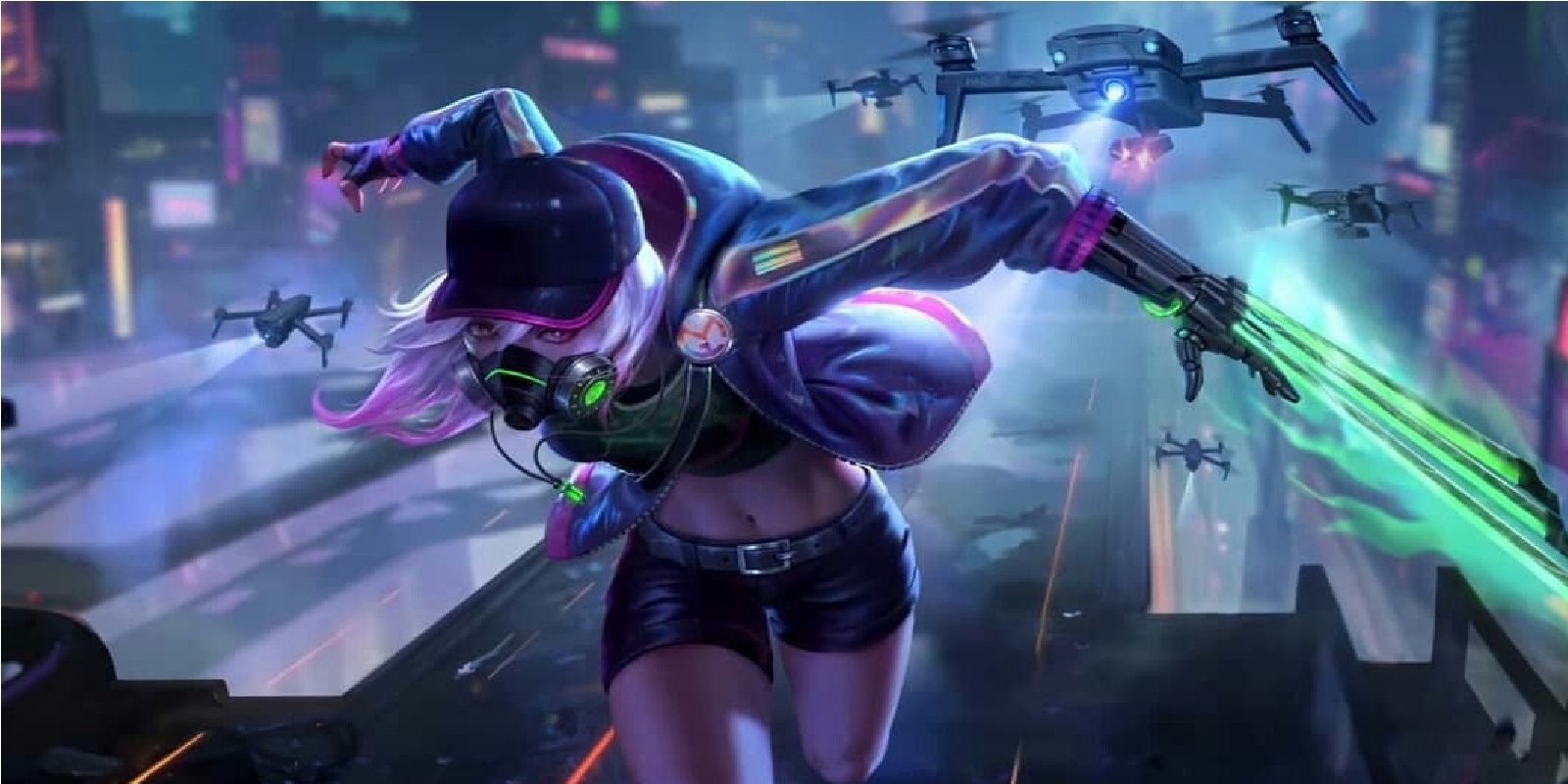 Next, Esportsku chooses that Natalia and Aamon are suitable to be a couple in the Mobile Legends game, because it can be seen from their strength. Aamon is an Assassin who can surprise the opponent’s movements, so they can’t escape and be killed quickly.

Meanwhile, Natalia will give a surprise attack, as well as immunity when targeting a target that Natalia must defeat. Even Natalia and Aamon’s skills can disappear, so it’s certain that ambushing the opponent will become even easier because of that. 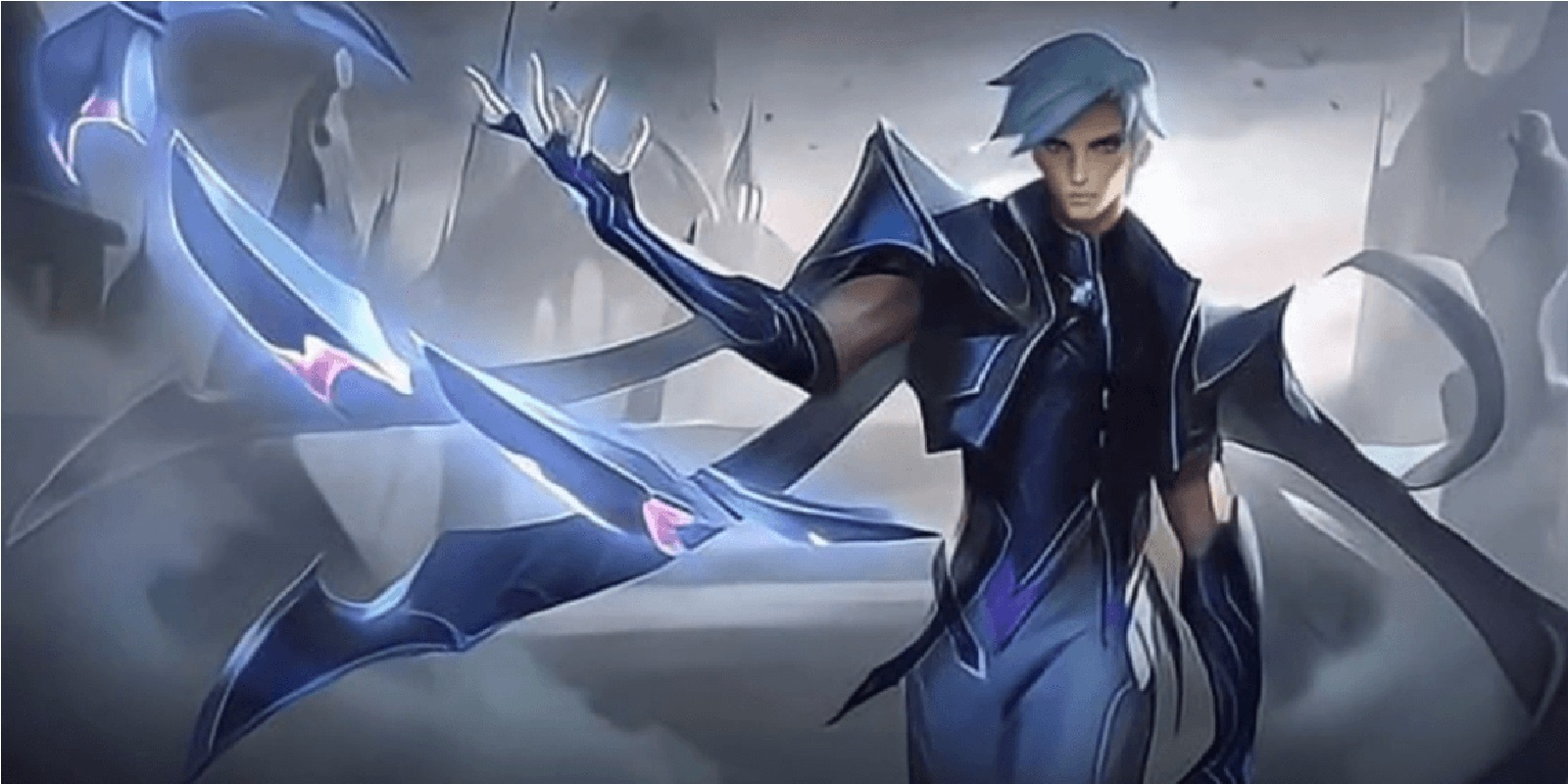 If indeed these two heroes will become a couple in the Mobile Legends game, you can’t imagine how many people will be surprised later. In the current Mobile Legends game, you must know 2 characters named Yu Zhong and Luo Yi. Both of them in Lore have a conflicting relationship, but there is also a possibility that the two of them could become the next newest Next Skin Couple.

Of course from the type of power we can see in the match, almost both of them wield the power of the Holy One. Except for Yu Zhong who turned into a Dragon with dark power, while Luo Yi used Yin and Yang to stop him. 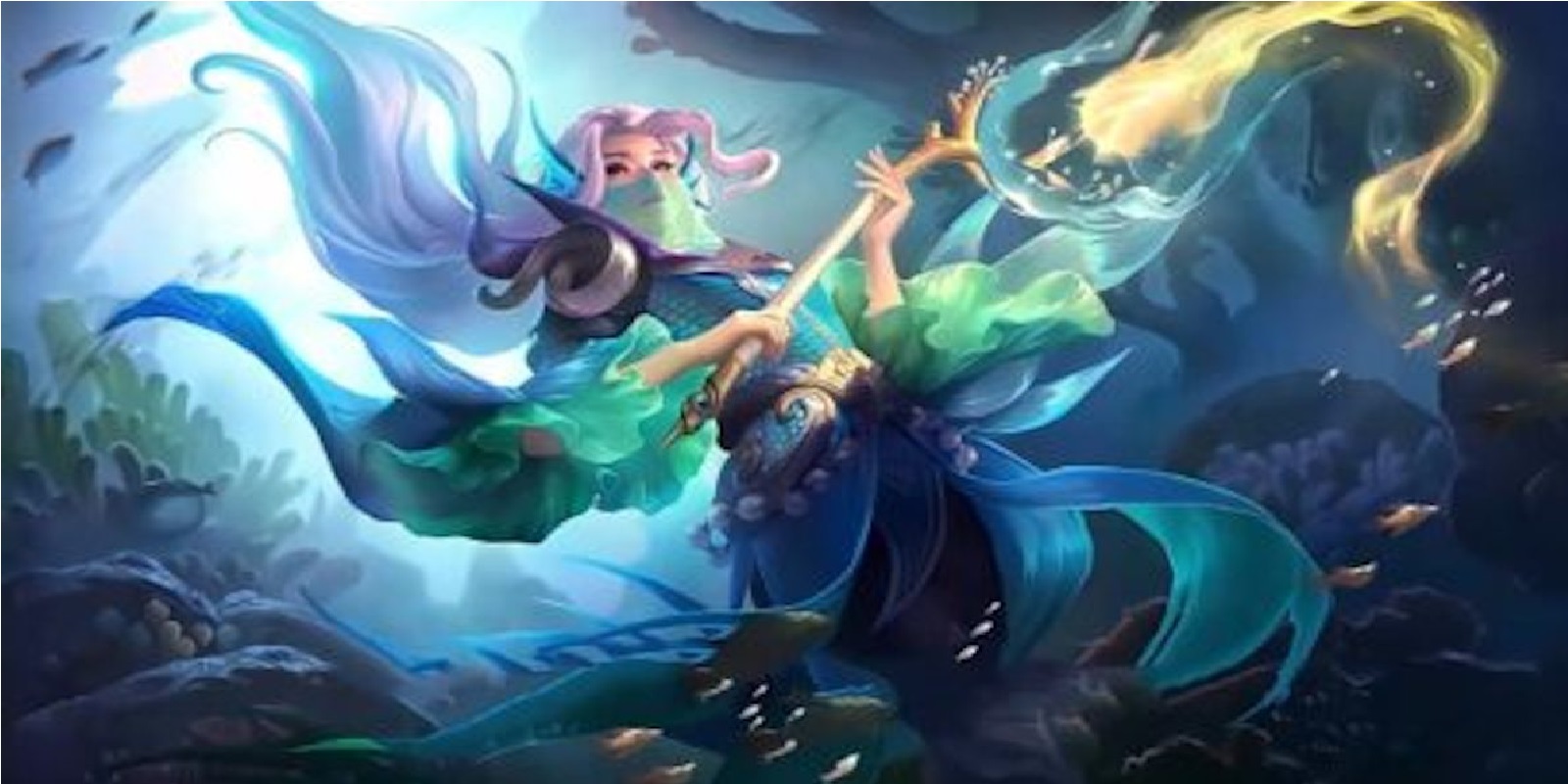 However, according to Esports, I am sure that later these two heroes will have a chance to appear a new Cople Skin. 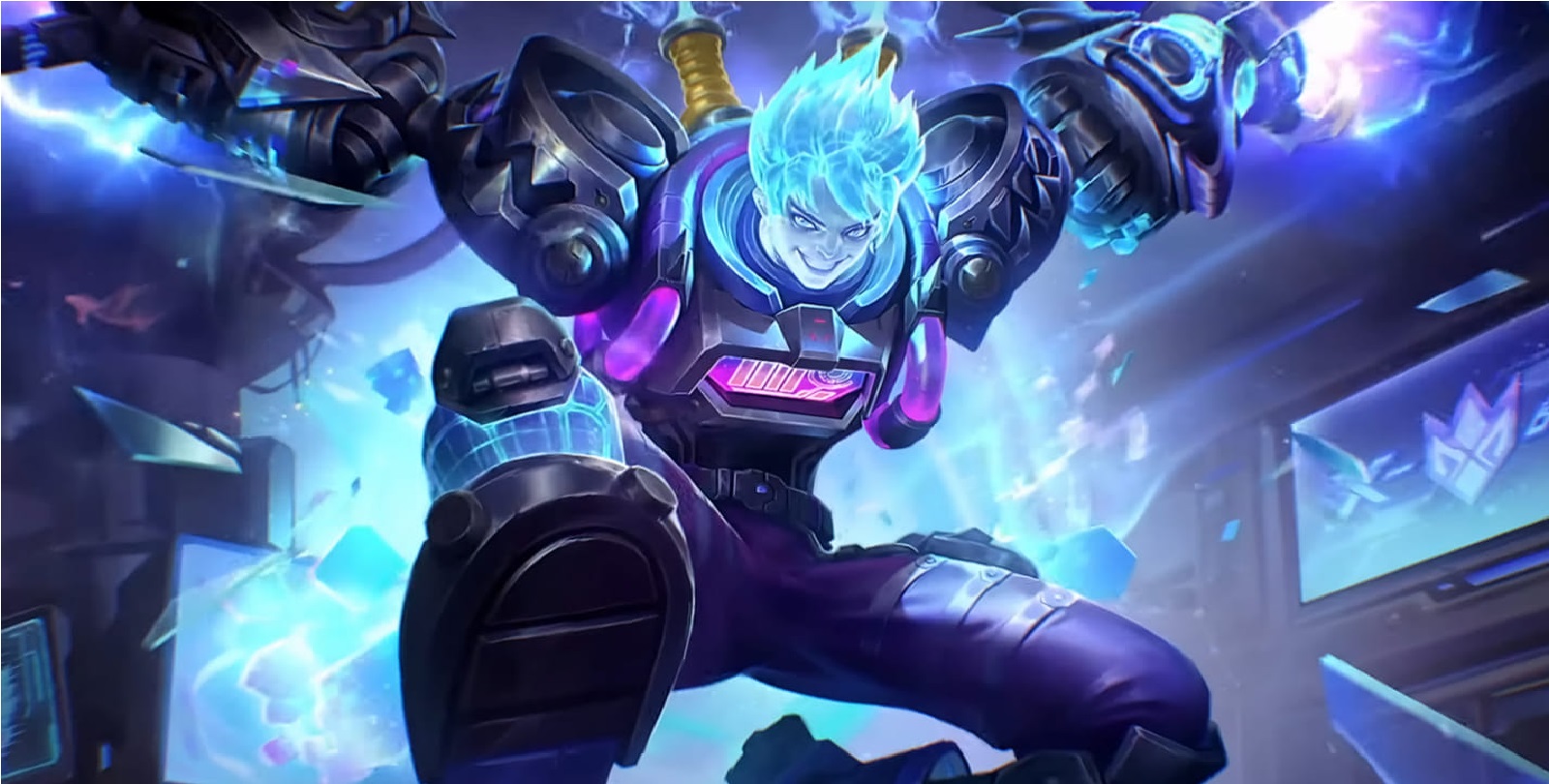 These days, many say that X Borg and Kimmy are suitable as a couple, but not because of love but hatred. The point is that hate doesn’t mean they hate each other and become a skin couple, but what they like and don’t like.

So for X Borg, he has a hatred for Technology, but Kimmy is a Hero who really likes Technology. Well, maybe later X Borg will like Technology, because Kimmy can talk if X Borg uses things he hates. 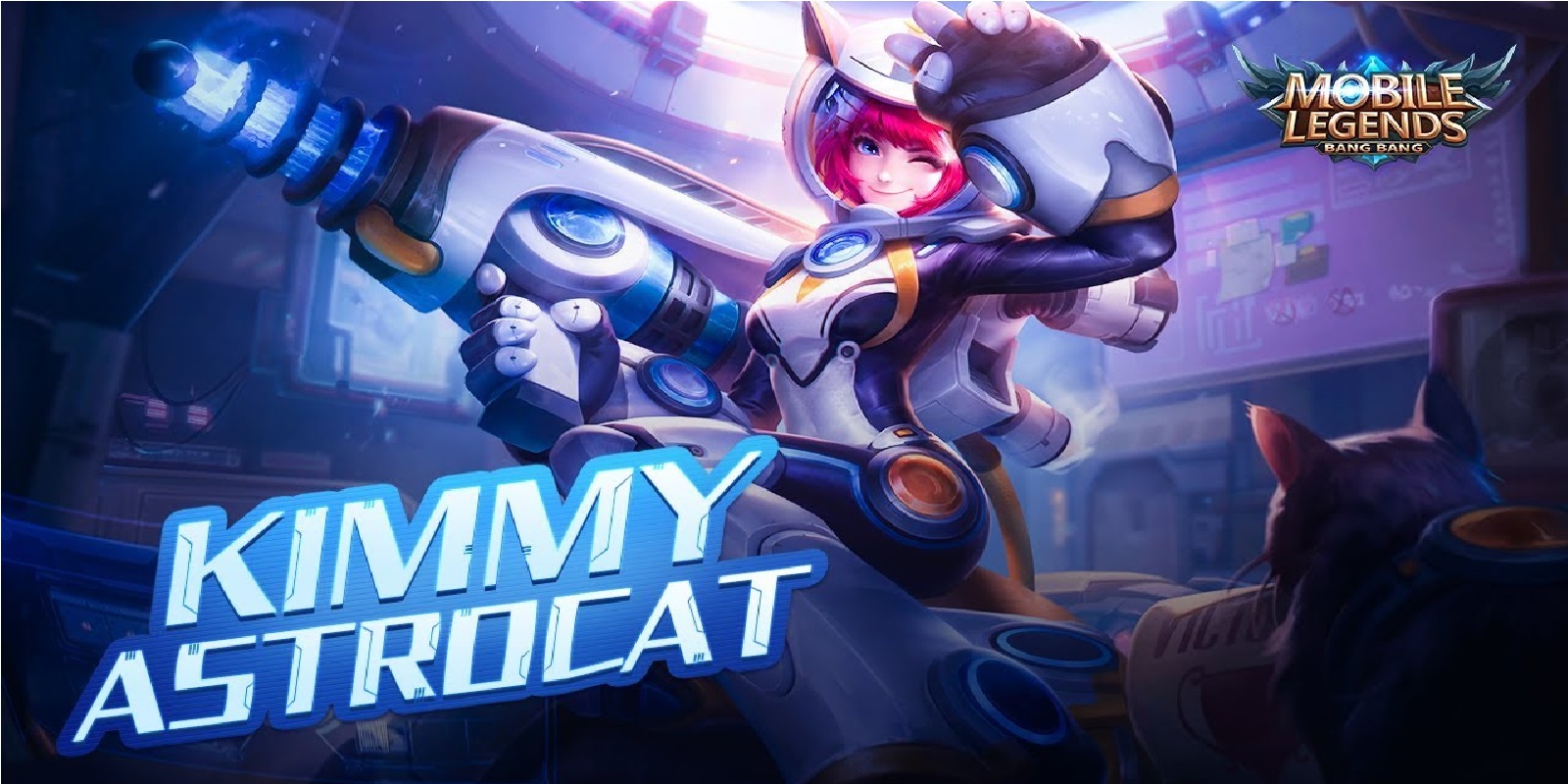 If Esportsku choice is correct, surely this Skin will be something very interesting for you to see now. 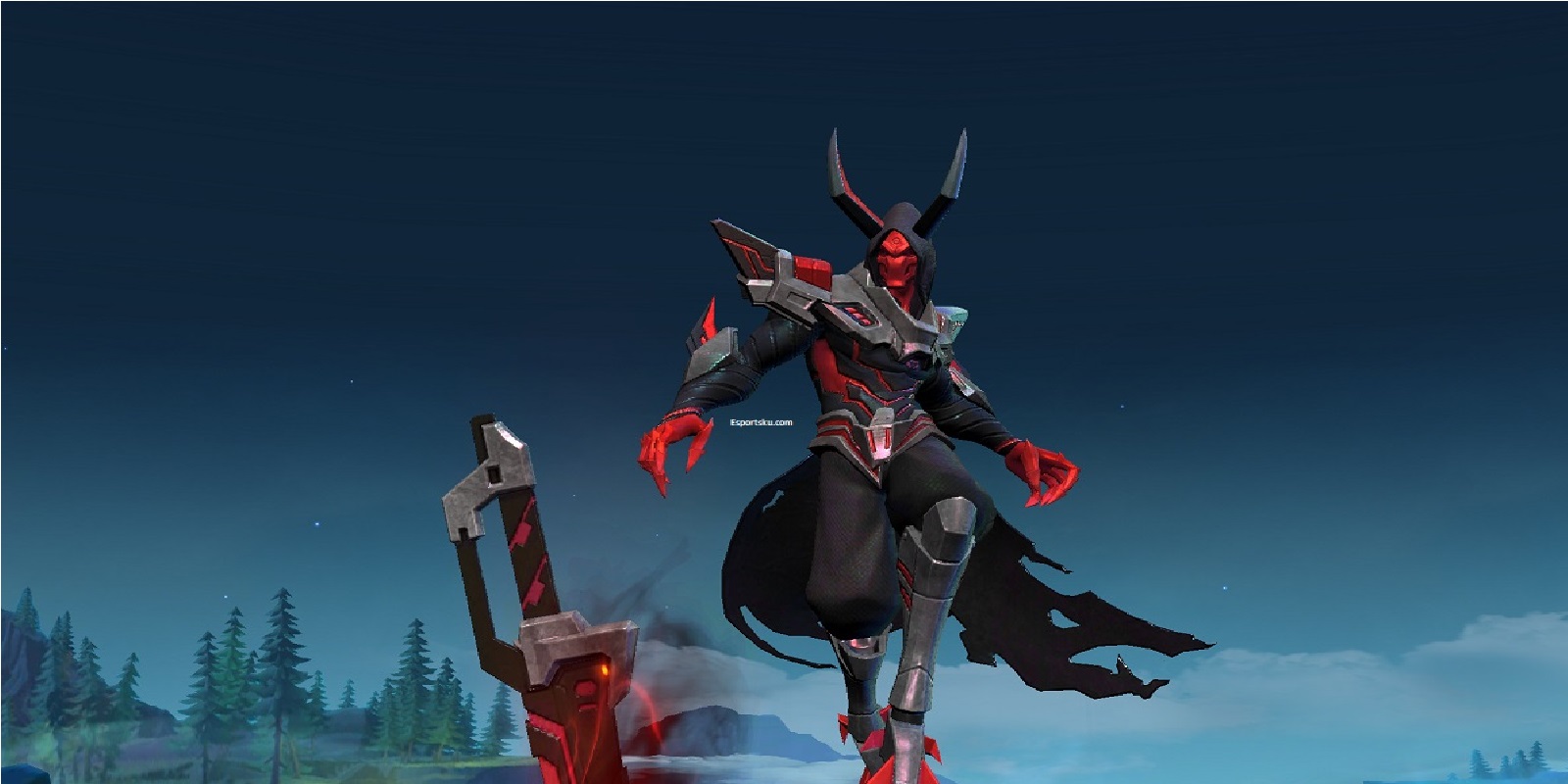 If you’re aware of the conversation from Argus’s Voice Line, there’s a lot of talk about Rafaela and you don’t want to hear the name. On the other hand, for Rafaela herself, it seems that she rarely mentions who Argus is and it is almost rare to say it too.

But with things like this, there must be something that Rafaela or Argus had done to each of them. From here, you will also see that Argus himself explains enough, that this Rafaela was once close to him. 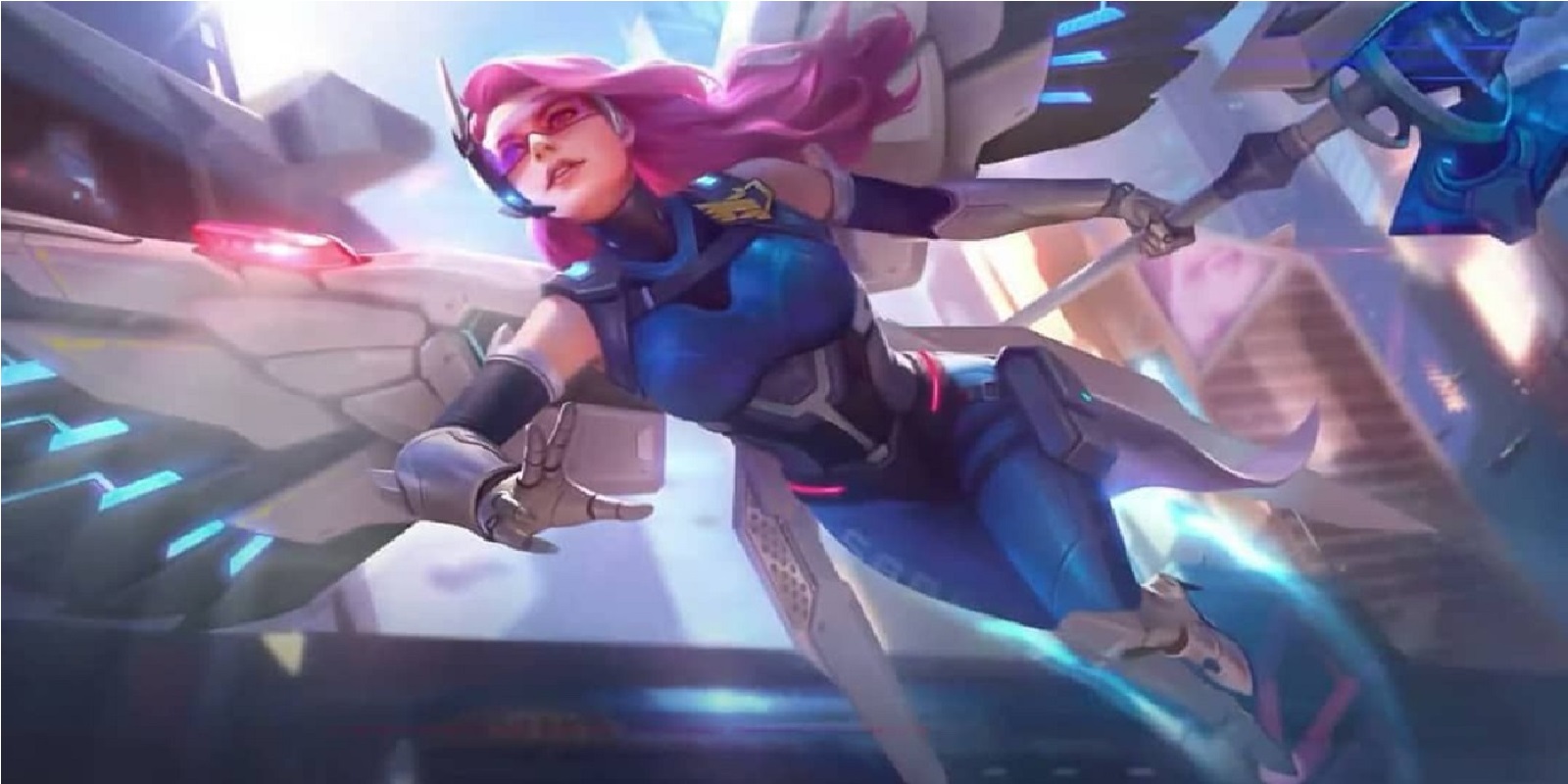 But hopefully later Argus and Rafaela can get back together, between 2 Couples who are quite interesting with the theme Light & Dark. Heroes who become Couples in this Mobile Legends game are not just for fun, but some are from their initial enemies. Well Zhask and Yve could be a couple because of that, even Yve has the same cold nature as Zhask when they met.

Instead of meeting normally, Zhask and Yve were mortal enemies from the past and continued to fight. Makes both of them also look suitable, if later they become a couple in the current Mobile Legends game. How come? remember Khufra and Esmeralda who were originally Enemies eventually became a Couple in the game. 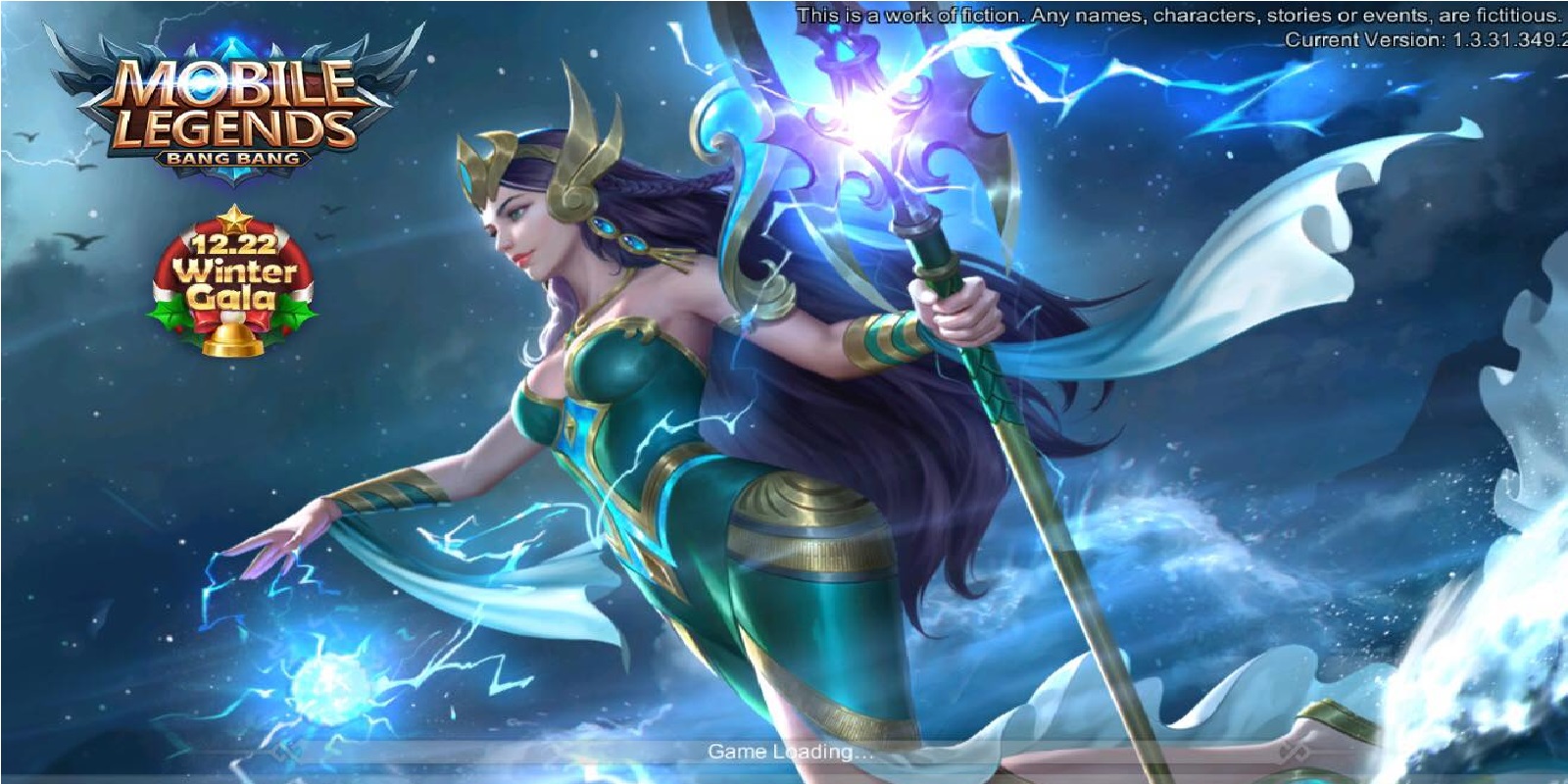 This hero, who comes from Indonesian folklore, does seem strong and has a really good Meta advantage. That’s why Kadita and Gatot Kaca might also have a chance to get the latest Skin Coupel from this game.

But this is still just my esports prediction, if later Kadita and Gatot Kaca themselves become a couple because of their similarities. Coming from Indonesia, maybe later when you get the Skin Couple it will be in the form of traditional clothes from the State of Indonesia. 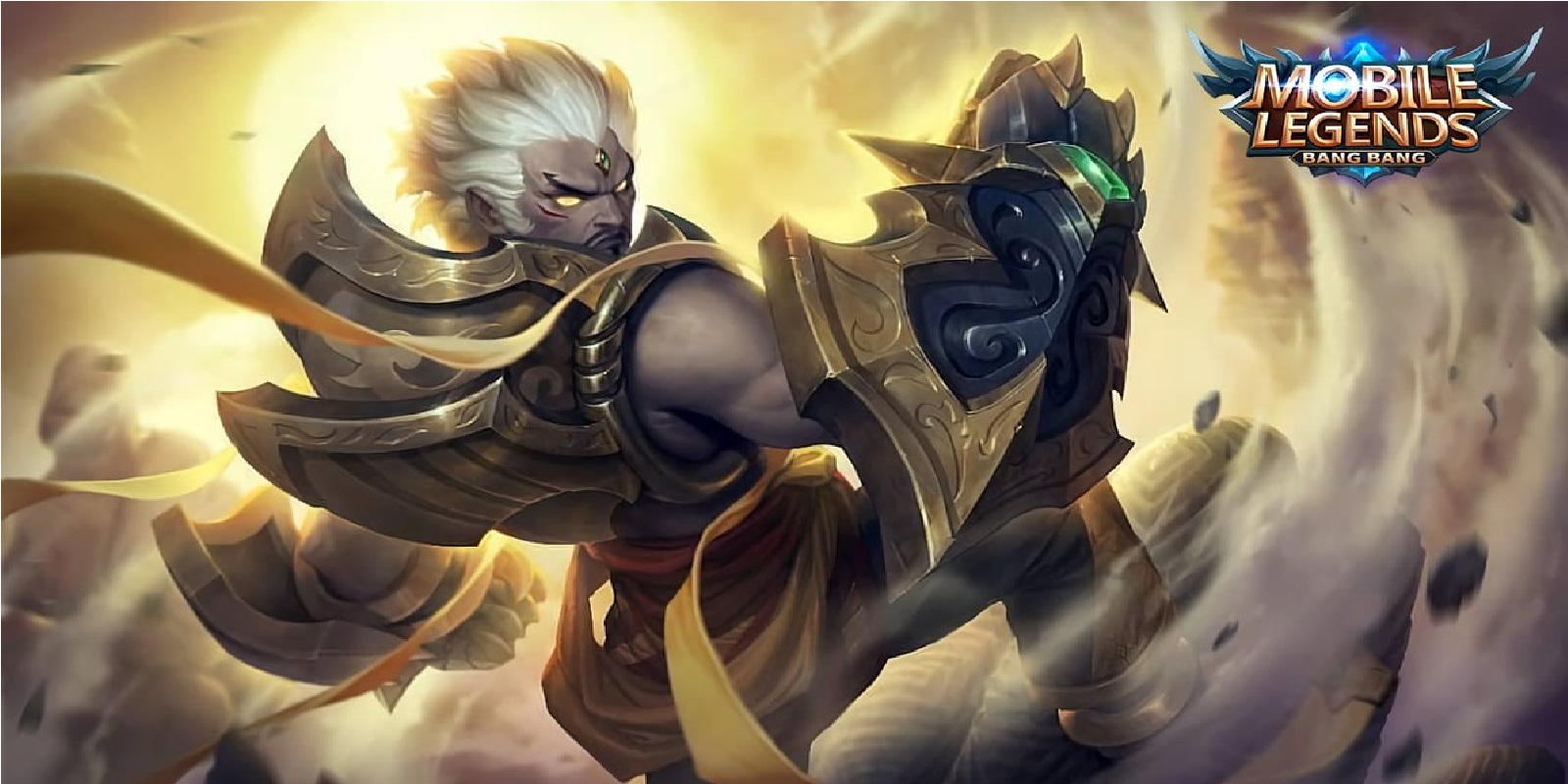 But remember that this can indeed happen or not, depending on Moonton himself whether they are suitable or not. 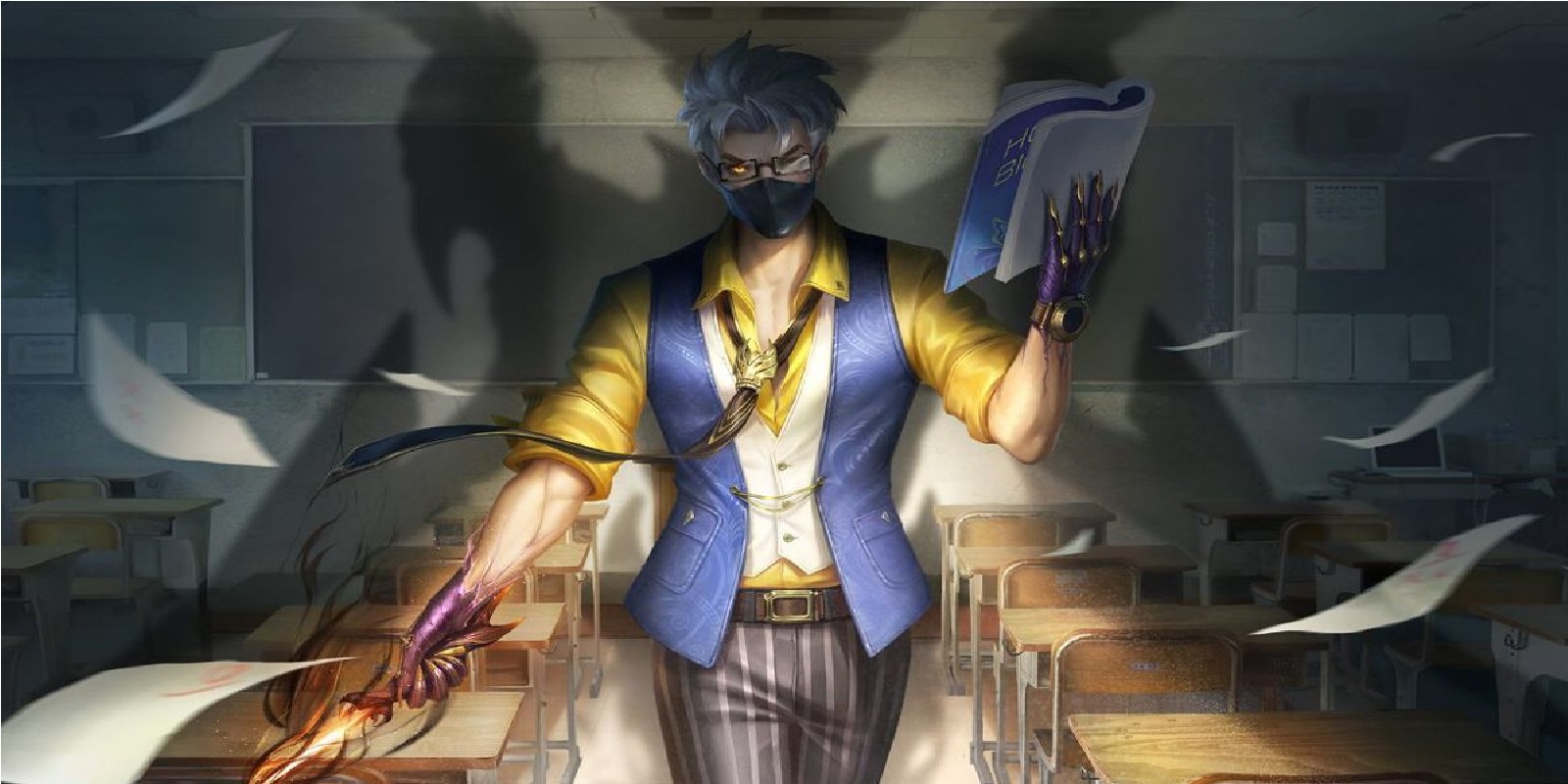 Indeed the enemy of Hero Hayabusa and Kagura, even Hanabi also participates in overcoming the evil Hanzo who always comes. However, there is no possibility that later Hanzo and Hanabis will become a compatible couple, not because of enemies but because of love.

At first, many thought that Hanabi and Hayabusa were a couple, but it turned out to be Hayabusa and Kagura. For Hanzo himself, he is indeed a monster, so it is very likely that having a Skin Couple with Hanabi is impossible. Just like Esmeralda and Khufra, at first they were enemies but got a Skin Couple that was so romantic. 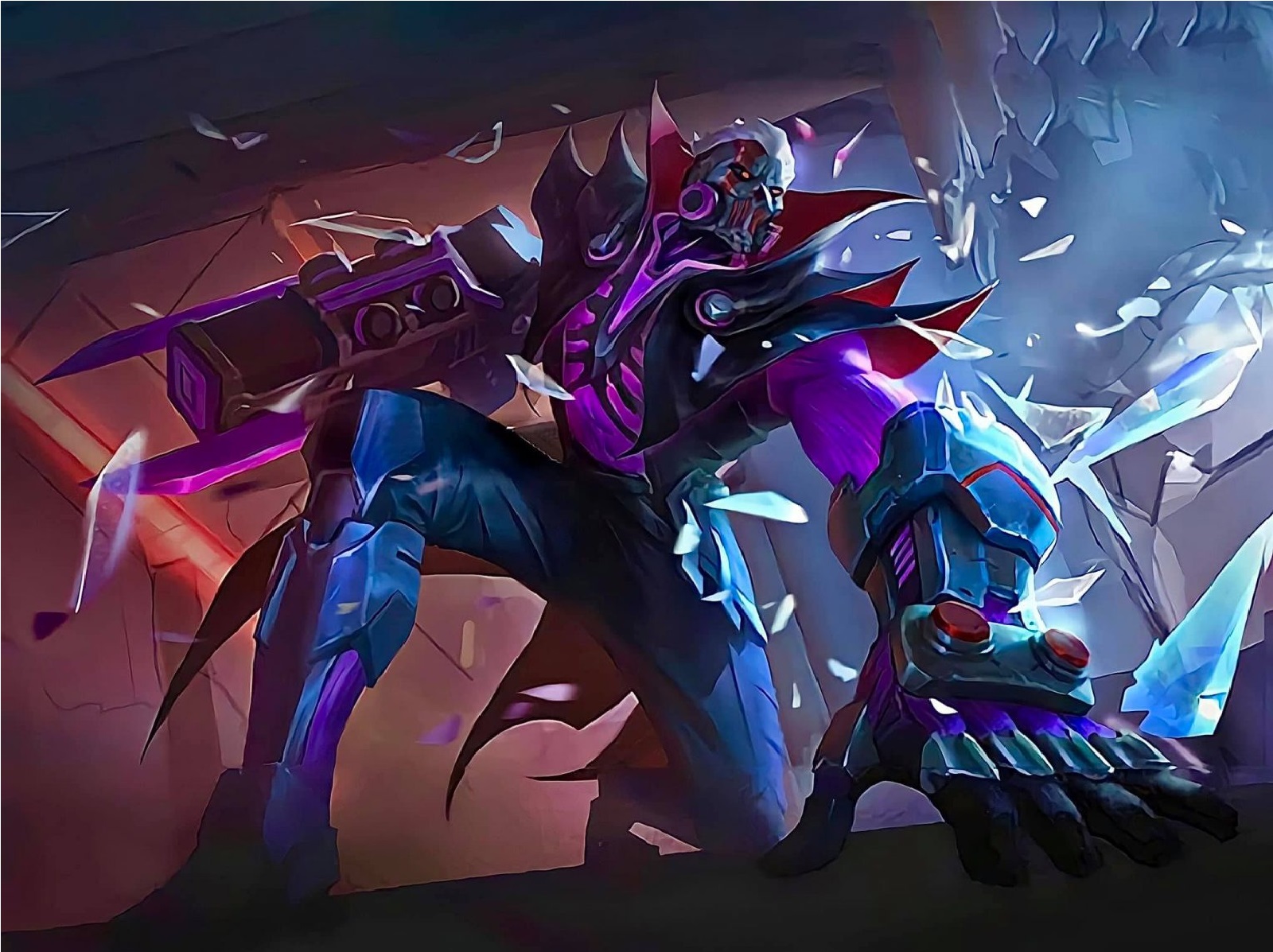 This hero already has the ultimate skill at the start of the game, then the power that can trap the opponents is indeed both of them are experts. Roger and Selena, according to my Esports, there is a high possibility that one day they will have a Skin Couple.

Indeed they never met in Story at all, of course Roger and Selena didn’t have a chance to have this skin. But if for Esportsku believe anything can happen in the Mobile Legends game, maybe I will have a skin like that. 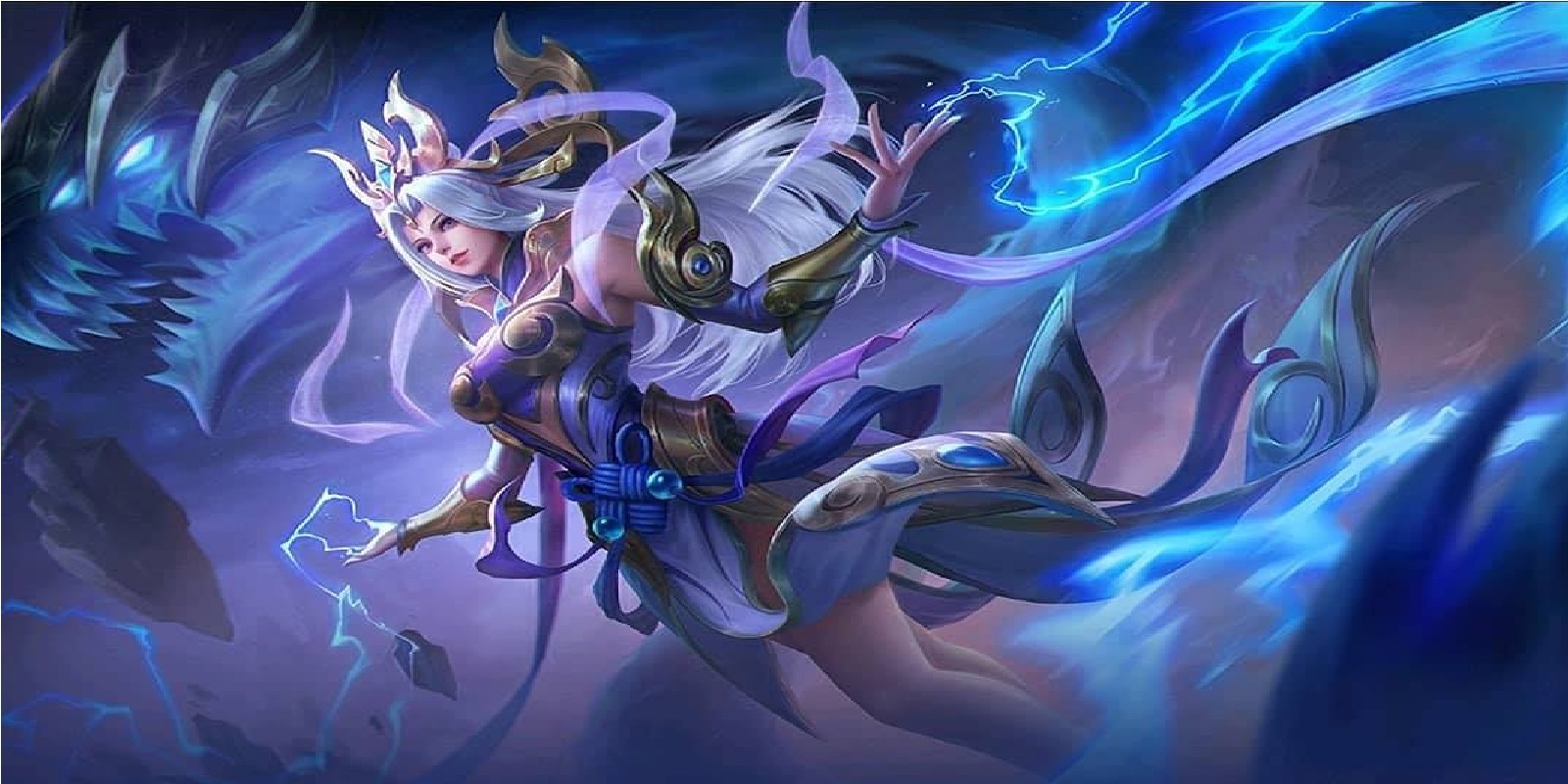 Seeing Selena who turned into a Monster and Roger Werewolf, the two of them would kill every opponent without fear. 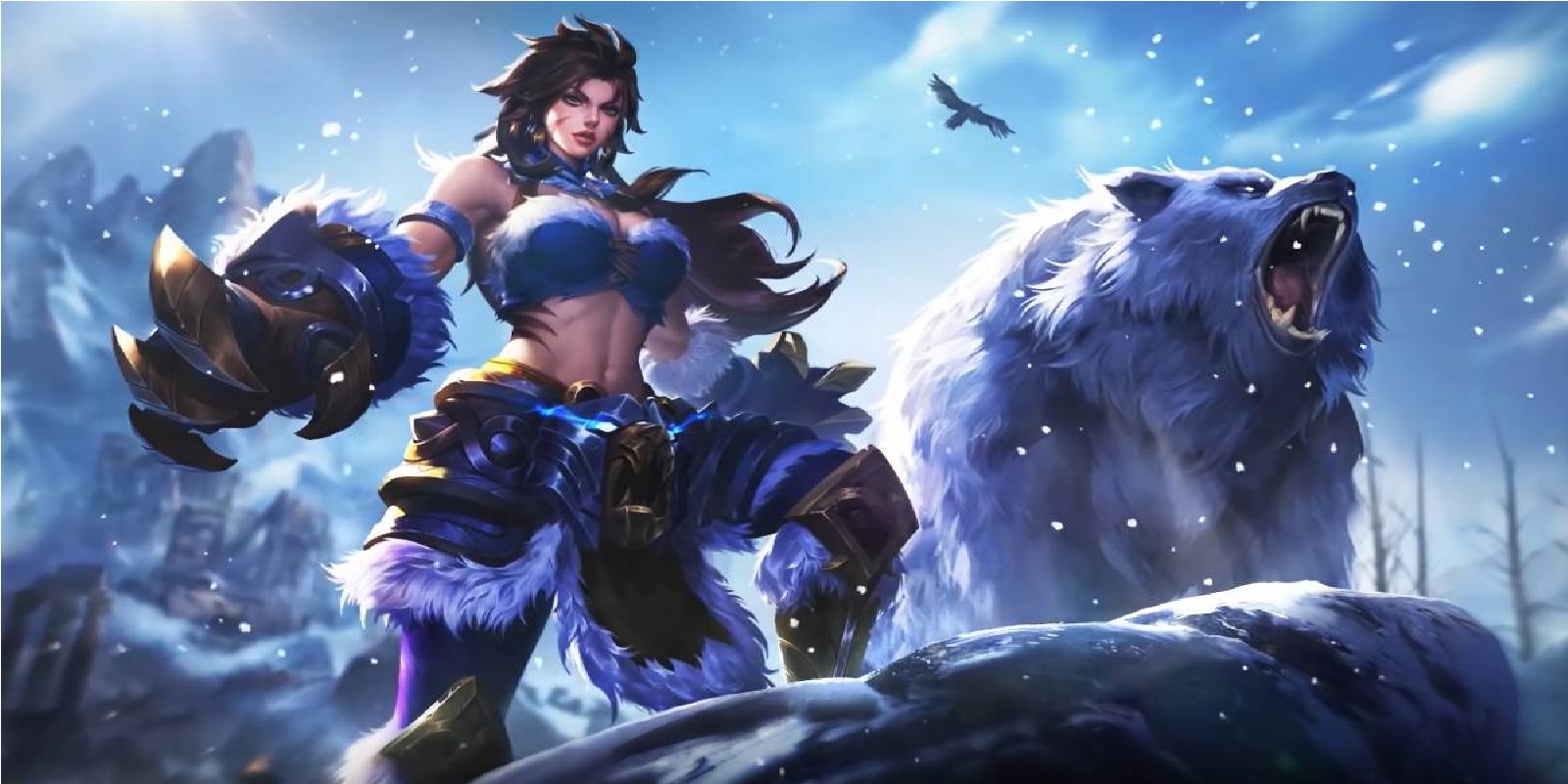 For this one, Aldous and Masha do not have a relationship at all, but it can be seen from the power that is so great. It’s clearly seen that Aldous and Masha have powers that are related to their hands to deal high damage.

Aldous with a punch and Masha uses sharp claws to tear the enemy, both rely heavily on Skill 1. Now because it makes sense that Aldous and Masha are indeed suitable as a couple, I can’t imagine the two of them wearing wedding suits. Then his hands were wrapped in a protective Glove, for Aldous to his shoulders and Masha only his hands.

After knowing 15 Heroes Must Have Couple Skins in Mobile Legends (ML), maybe one of your favorite heroes will enter here. Be the prediction that Esportsku gives for the Skin Couple and the next pair of Heroes.

But remember that this is still a prediction, so it’s not necessarily Moonton that will fully update the Skin Couple that comes from here. That way we just wait for the next new updates, maybe one of them can happen from here. Keep practicing, play wisely and don’t become a toxic player!