Seasonal Skin or Skin Season is a skin that is presented exclusively every three months. Which skin this time is a free skin for Mobile Legends players.

Every three months or every season end, surely Moonton will give you all cool free skins. Which is a row of skins that have unique characteristics from other skins. But what is certain is that you can get the skin season in Mobile Legends for free. The first season skin released was given to the hero Nana. This Season skin has the appearance of a very tiny bat queen. Nana was transformed into one of the daughters of a Dracula in Mobile Legends.

Nana herself is a support mage hero who is very active at this time. Her unique abilities and ability to turn your opponent into a puppet make Nana the most feared hero on the front lines. 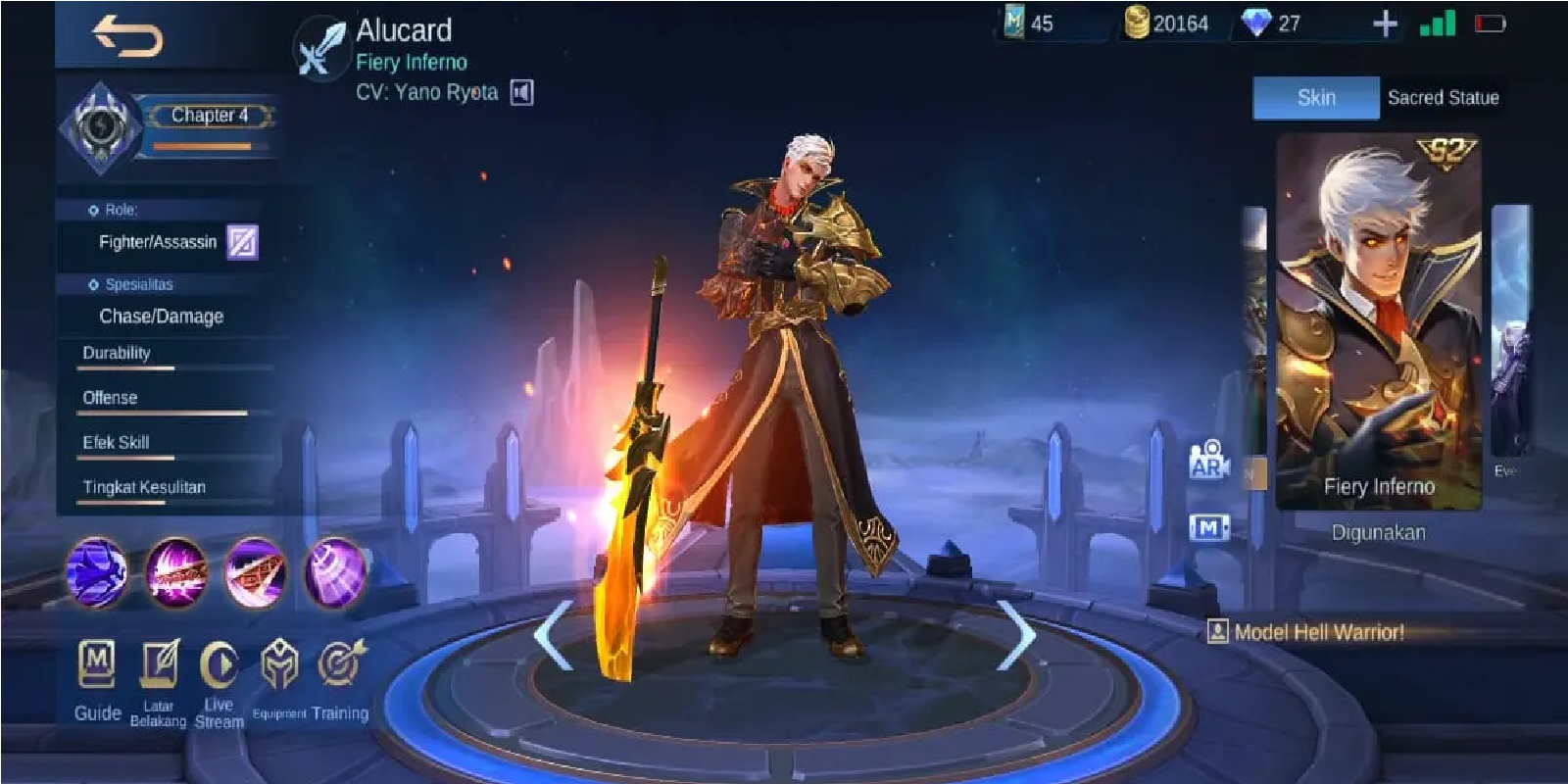 In season 2, there is a seasonal Alucard skin called Fiery Inferno. Having the characteristics of a handsome man combined with the element of fire makes this Season Alucard Skin look really cool. Many want to get this skin especially for you Alucard users. But the good news is, you can get this skin by exchanging 250 premium fragments.

Alucard is a hybrid assassin fighter hero who is still actively playing. Very aggressive playing ability. With the presence of Skin Season 2 for the Alucard hero, Alucard will play even stronger. 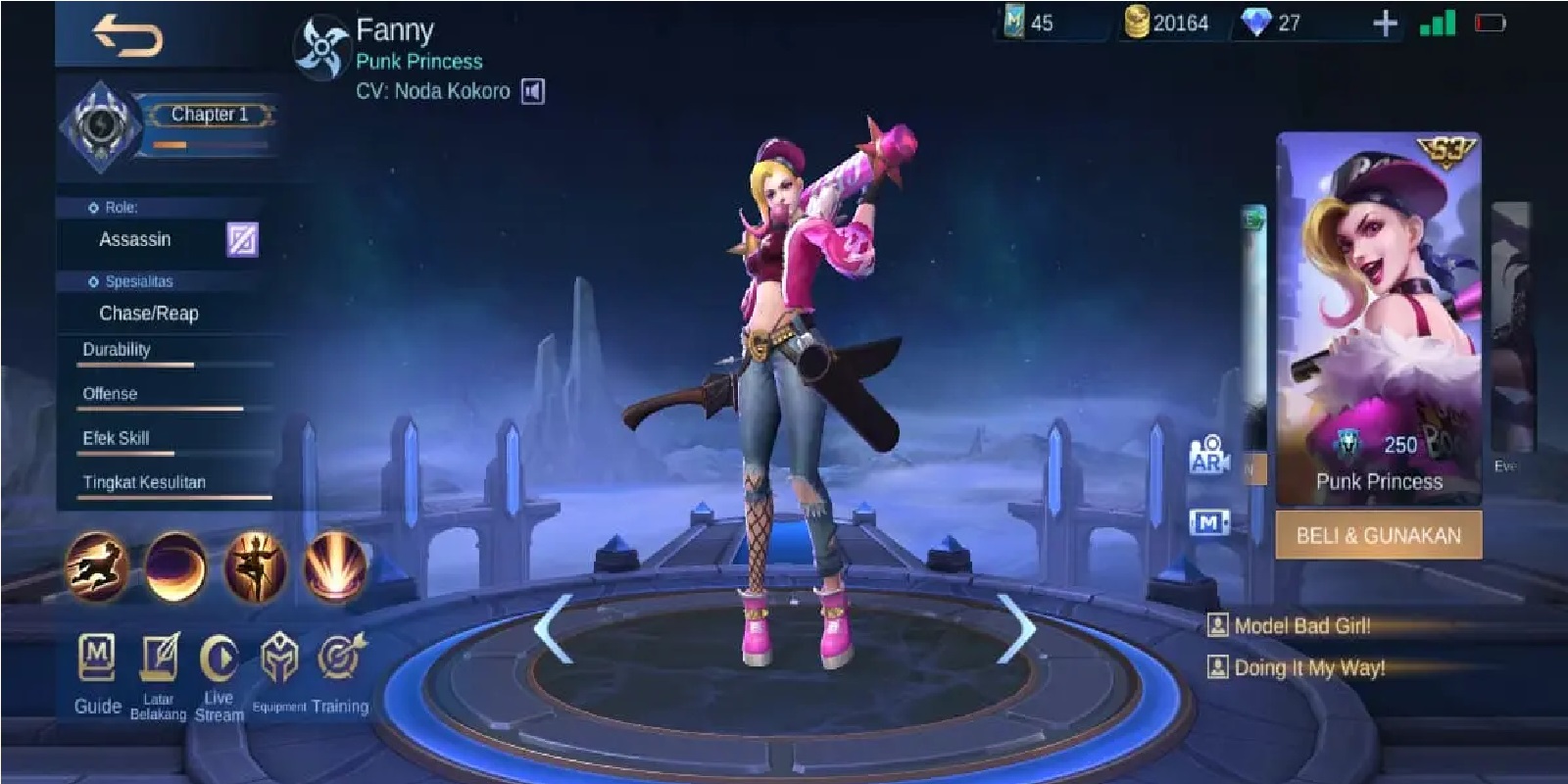 Next there is a skin for Fanny’s hero named Punk Princess. Has the appearance of a street person who is very trendy and slang. Skin Season for this fanny hero completely changes the appearance of fanny, which was previously quite feminine. By using this one skin you will be like a street child who will tackle opponents in the Land of Dawn.

Fanny is an assassin hero who is currently quite actively played. This one hero is arguably the most difficult hero to play. Having very unique abilities and being able to do various things is one of Fanny’s strengths. 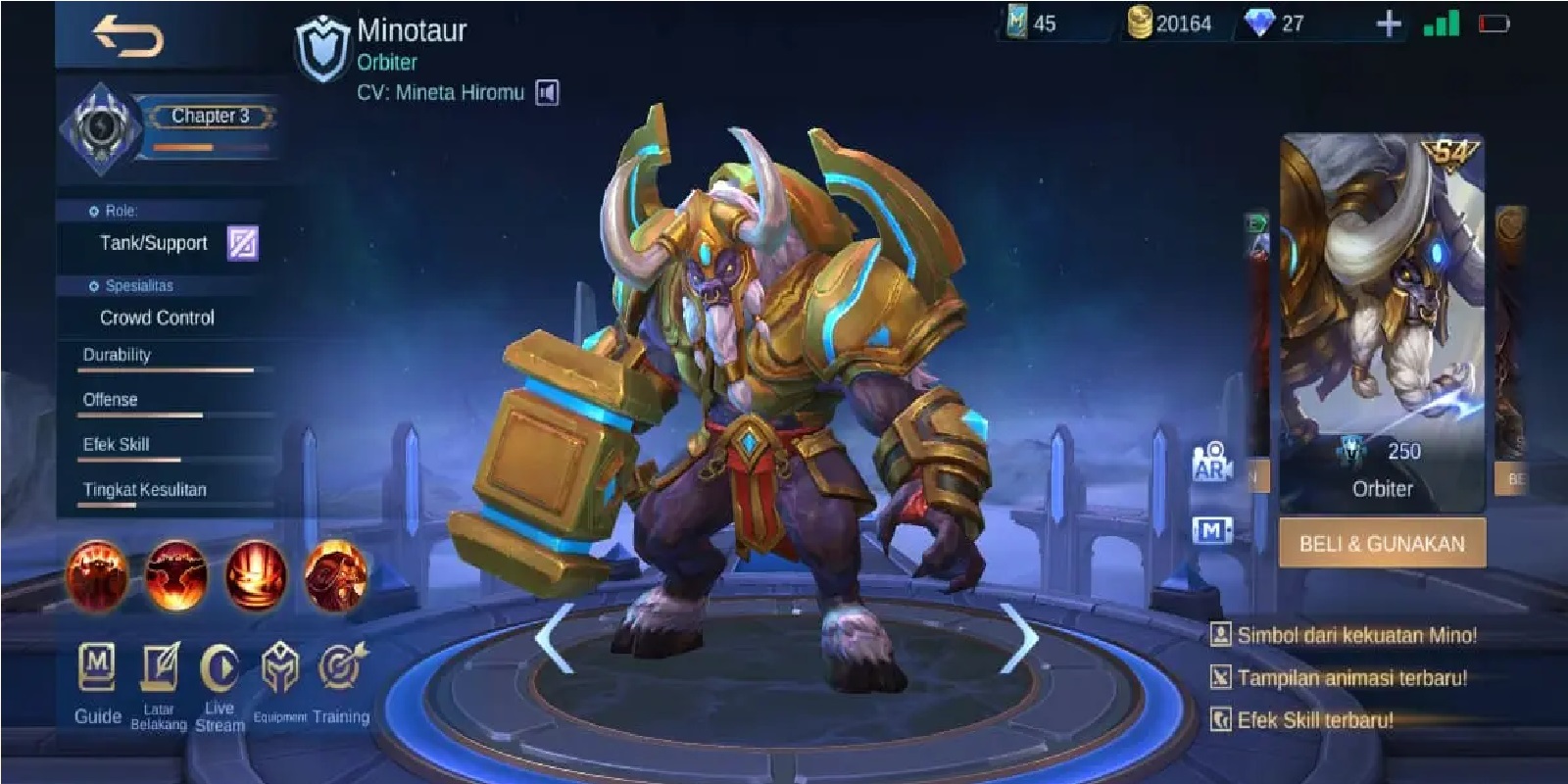 This Season Minotaur skin with the name Orbital has a very cool appearance, with a combination of golden colors and blue light all over his body making this one hero look very cool. Next is the Season Skin for Hilda’s hero with the name Flower of The Wastes. This is the 5th Season Skin released in Mobile Legends, this skin looks very sturdy and manly. Well, even though Hilda is a woman, her ability as a fighter tank is very strong and even has other advantages such as movement speed, damage and very strong resistance.

Hilda herself is one of the meta heroes currently available, has a very strong shield ability. This tank fighter hero will be very difficult to beat by your opponent. Hilda is often used as a pure tank as well as a good offlaner on Mobile legends. Now you can get the Alpha Sea Gladiator skin at the Premium Shop. to get it you can use 250 Fragment Shop in Mobile Legends.

Alpha itself is one of the fighter heroes, which unfortunately is not so meta in Mobile Legends at the moment. Even so, Alpha got some buffs in the latest update and hopefully this hero can be played more. Is the author’s favorite skin when playing Moskov in Mobile Legends. Has a look like Orochimaru with his curse. This skin is the coolest skin that Moskov has after his Epic skin. You can get Moskov Yasha yourself with 250 premium fragments at the Shop in Mobile Legends.

Even though it is not a meta hero, players who use the Moskov hero are quite stable. Not so quiet and also quite often seen in the Mobile Legends ranked match. Now as a free skin, of course, this Moskov Yasha season skin will make your hero look cool when used. Next there is the season 8 skin given to the hero Estes. Has the name White Crane. This Estes skin is arguably better than the Epic skin it has. Estes Skin season 8 has the appearance of the characters in Donghua. Having distinctive clothes that are very unique makes Estes even more handsome in Mobile Legends. 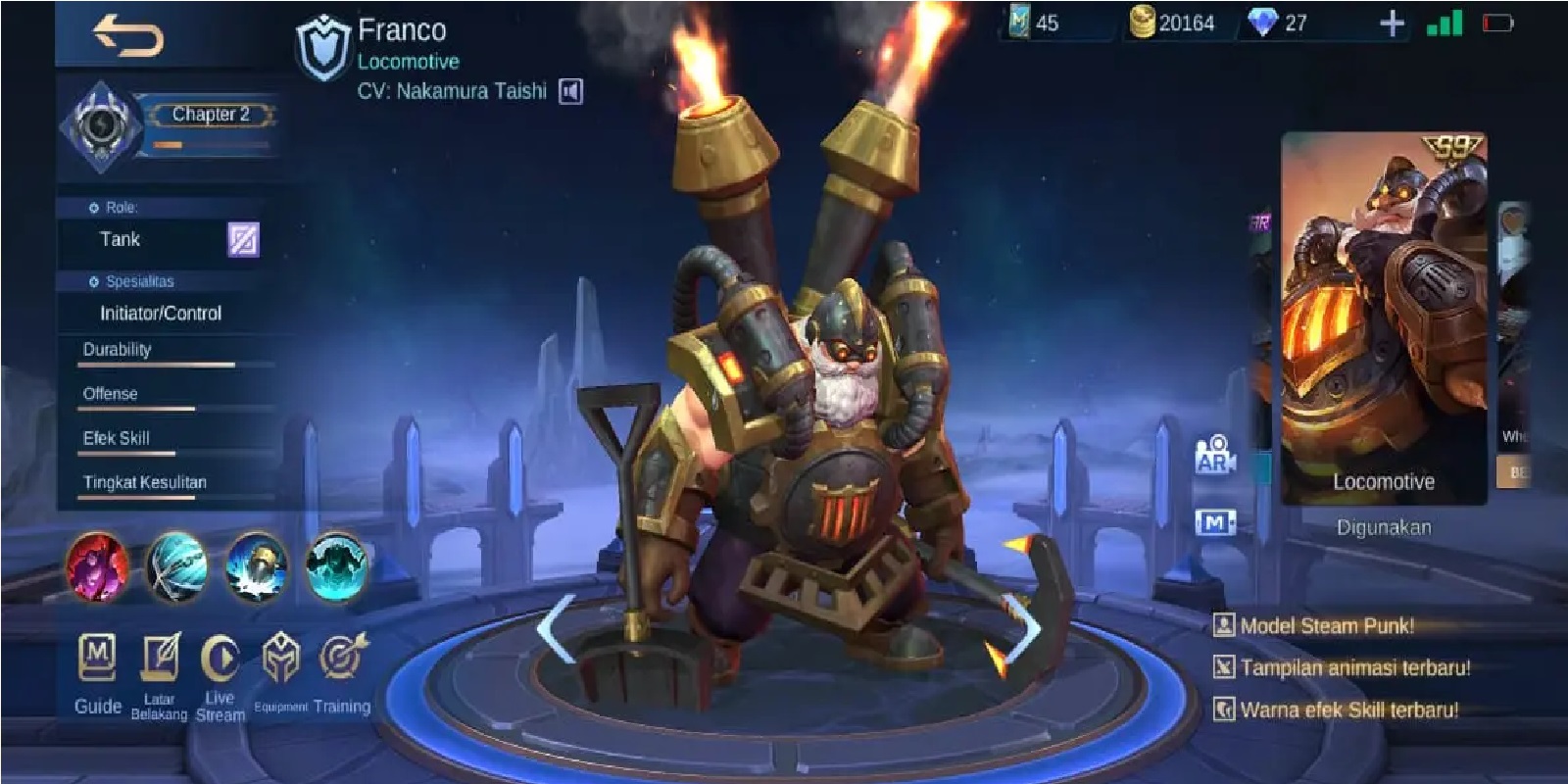 Franco is quite actively used in the latest meta season at this time. Has a very unique ability that is able to lock up opponents very well. Franco is a hero who is able to counter all heroes in Mobile Legends. His hook ability is very deadly but difficult to control. Next there is a skin for a real hero named Wyrmslayer. This starlight skin looks really cool with a warrior-like theme. Tigreal is transformed into a brave and quite feared figure in Mobile Legends.

With Wyrmslayer, Tigreal looks tougher with a very cool style. He looked like a brave character with huge muscles all over his body. This Tigreal skin is one of the writer’s favorite skins.

Tigreal himself is one of the tank heroes who was on hiatus. Which one of these heroes will get a revamp again in Mobile Legends. Who was using a sword. Later Tigreal will use a weapon such as a large hammer. Next there is a skin season for Bane’s hero named Warlord. Has a theme like a reliable pirate. Bane looks really cool with this season’s skin. With this season 11 skin, Bane becomes one of the pirate captains in Mobile Legends. Combined with red and hands with characteristics like the real pirates, this skin is quite cool.

Bane is a hero who may be one of the heroes who never entered the Mobile Legends meta. Which one unrated hero has to get the buff back. Even so, the authors prefer the old Bane, whose ultimate ability can summon a ghost ship in Mobile Legends. 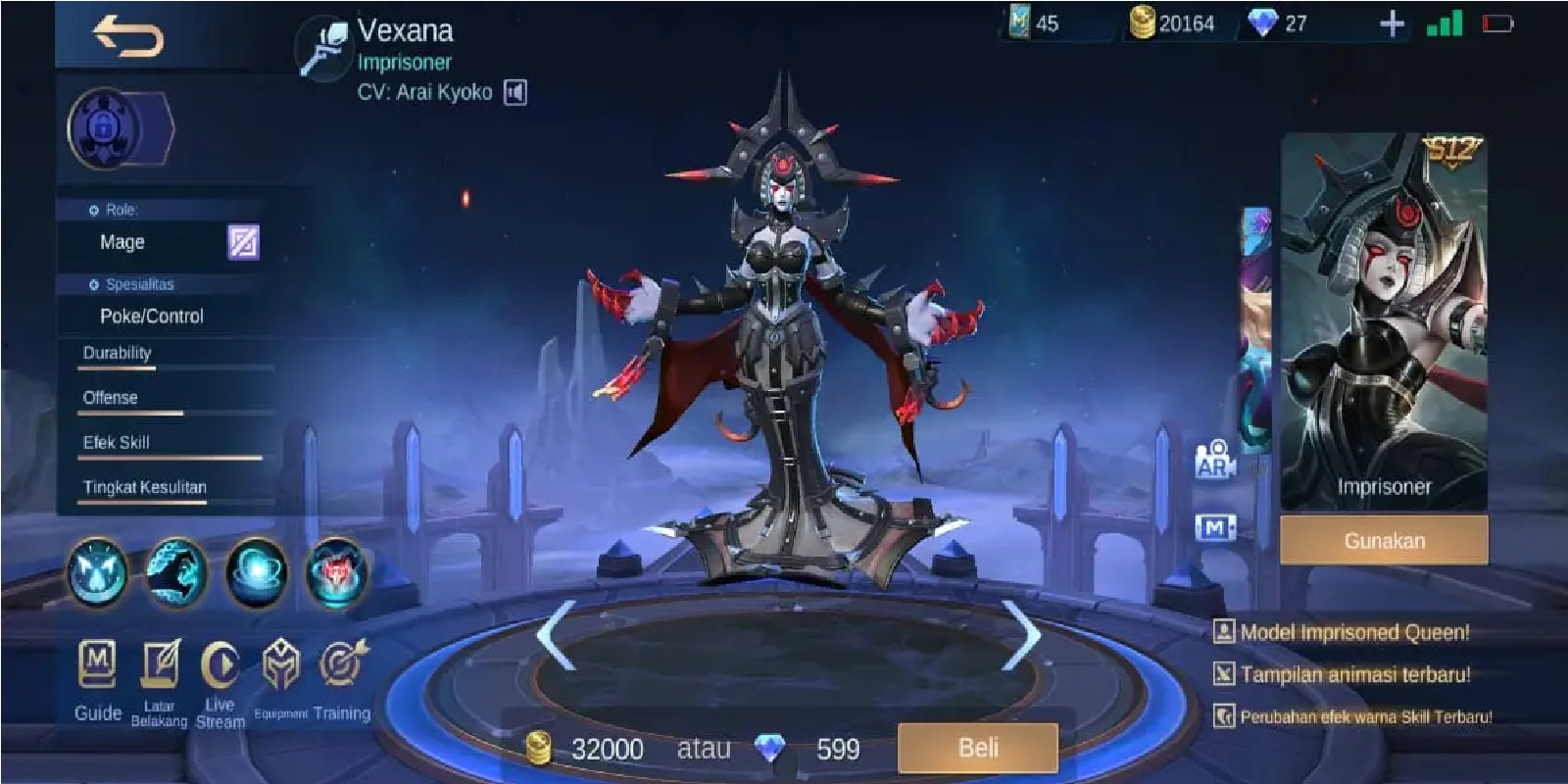 Next, there is a skin season for the Vexana hero called Imprisoner. This skin was released in season 12 with a fairly unique appearance. Yes, usually Vexan has a very scary skin, but it’s different from this season’s skin which is more unique than scary. This Imprisonary Skin name shows Vexana with a younger and fitter look.

Vexana itself is one of the heroes who is quite scary. But unfortunately this one hero was never included in the meta hero in Mobile Legends. Even so, Vexana has excellent crowd control skills, especially for countering several agile heroes in Mobile Legends such as Fanny and even Johnson’s hero. Next there is a skin season for a tank hero named Hylos. Having a design that looks like a manly half horse and combined with an all-green look makes this latest skin look really cool. Hylos himself is a pretty good hero with a role as a tank hero. Having the ability to give buffs during team fight is one of Hylos’ strengths.

Not only that, Hylos himself is a tank hero who has a very high HP. This hero has a fairly good disable skill and is able to stop the opponent’s movement. Using this latest skin makes Hylos even cooler when played in Mobile Legends. 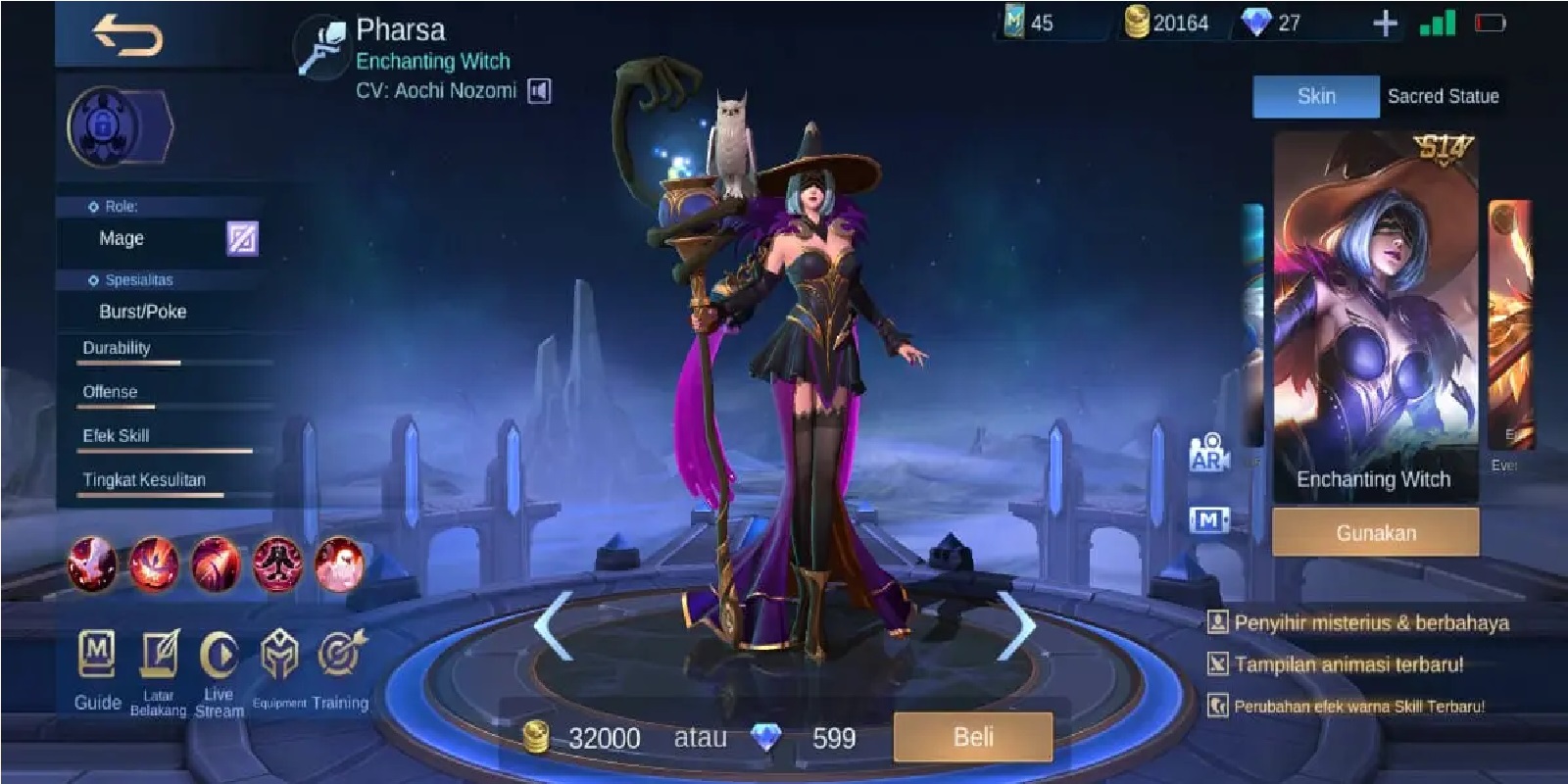 Pharsa is a hero mage who is currently being played quite a lot. This hero is included in the meta hero line in Mobile Legends. Having the ability to AoE or large area attacks, Pharsa has become a tire subscription to a pick subscription in Mobile Legends. Not only that, Pharsa is also a very good choice of support heroes and is often played in tournaments such as MPL ID and MPL Indonesia. Next for skin season 15, it is given to Clint’s hero, who is a hero marksman in Mobile Legends. Unfortunately, Clint himself is an underrated hero and is rarely used, especially in the current ranked game. Despite getting his new skin in Season 15. But Clint is not included in the meta hero. The Meta in Season 15 is dominated by Bruno and Granger.

Even so, you can see Clint’s hero with a very good appearance. This skin that has a purple base color has a role as a witch hunter, of course making skin one designed with anti-magic. Clint wore a hat like a magician. Complete weapons and purple leotards. But unfortunately this skin doesn’t show Clint’s good looks in Mobile Legends.

The latest is a skin season for the hero hero Eudora. Is a pretty cool season skin. Which skin this time is no less cool than Eudora’s epic skin. Not only that, you could say this latest skin is the best skin for Eudora.

Has a very handsome appearance with looks like a lightning controller. Wearing clothes that are quite tight and all black. Eudora looks like a noble in Mobile Legends.

Not only that, there are additional excellent animations, and cool skill effects. The electricity worn by Eudora turned into a really cool pink color. This skin is one of the best skins currently owned by Eudora. 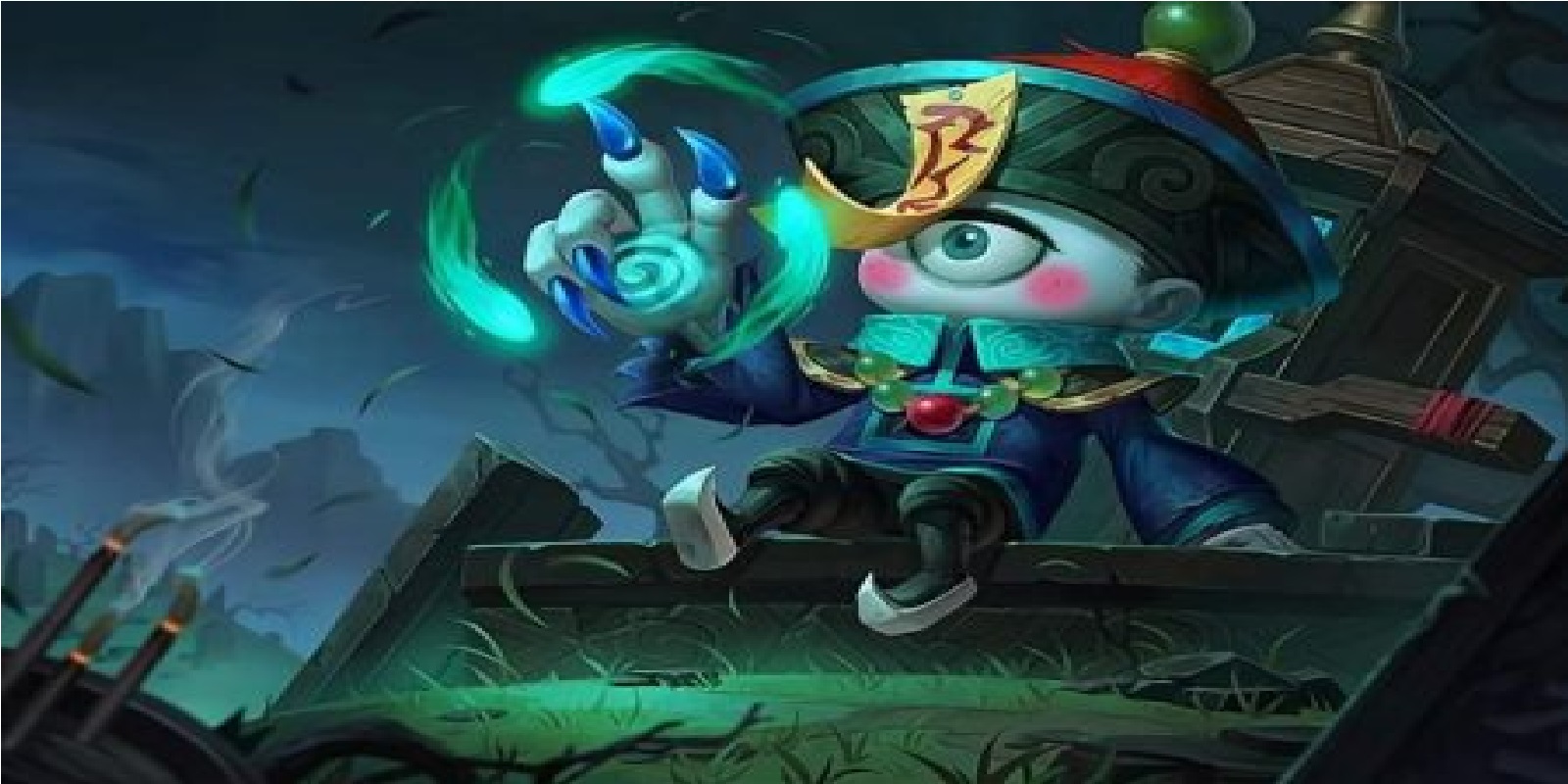 The most recent and currently awaiting arrival is the Cyclops skin named Zombie Bambino. This is the latest skin that has the appearance of being a very cute vampire. Zombie Bambino gives a funny, cute and very tiny impression.

Just right. Being a very tiny zombie makes Cyclops look very cute. Has an all-light green color design with a red hat and complete with accessories on the forehead with a patch like the vampire in China.

Cyclops makes this skin look cool in Mobile Legends. Even so, at the moment this article is being written, this new skin has yet to be released. However, it has been confirmed that Cyclops will become skin season 17 in Mobile Legends.

Note: You can get some of the Seasonal skins above by exchanging Premium Fragments in the Shop. But for the new season skins, you have to wait for the skins to be available at the Shop to buy them, if you don’t have them at the moment.

So that’s a list of all season skins in Mobile Legends. Hopefully the above reviews can be useful especially for those of you who are Mobile Legends gamers.