Then with the emergence of the 6 Best Silvanna Mobile Legends (ML) Skins, we will provide information to all of you about the Hero and his Skin. It has a pretty cool appearance, it can even make you stronger and have colorful effects.

Mobile Legends has released a lot of cool and very good Hero Skins for you to get. Moreover, the 6 Best Silvanna Mobile Legends (ML) Skins, of course this is the best choice for you to have. Because the skin has a cool shape and appearance, yes. Then with the emergence of the 6 Best Silvanna Mobile Legends (ML) Skins, we will provide information to all of you about the Hero and his Skin. It has a pretty cool appearance, it can even make you stronger and have colorful effects.

Of course, every update that is present in the Mobile Legends game, you have to use it too, because it will have a different impact. After the release of several match features that feel easier, then that will help you to face your opponents better.

Moreover, for the presence of the Mobile Legends Skin Collector List, there are already many and maybe you yourself have realized it. It is indeed one of the skins that is quite special, so something like this might attract the attention of players for it. 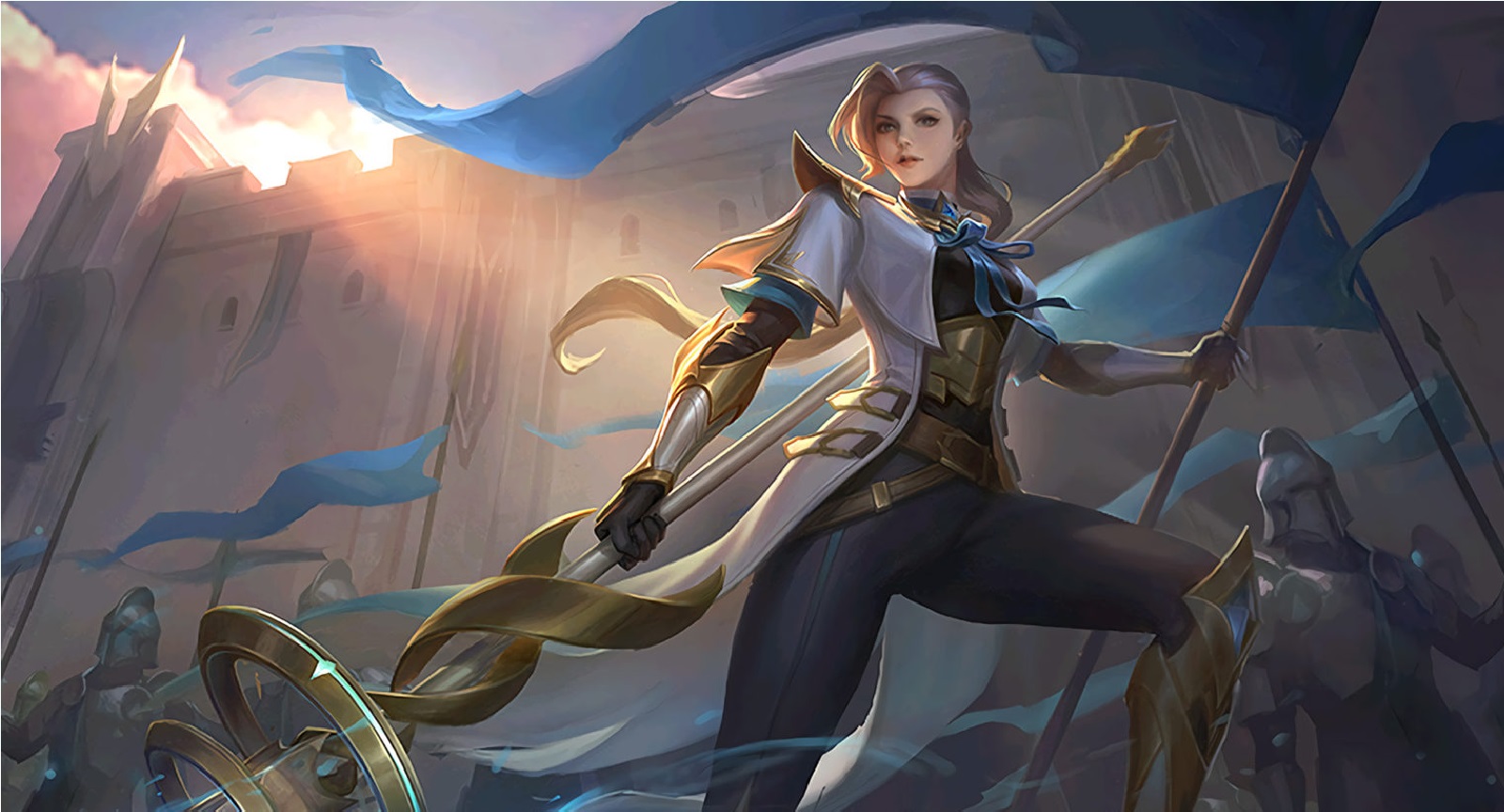 The earliest and indeed innate skin of Hero Silvanna herself, the Imperial Knightess is a symbol of her strength. Being the leader of the Lightborn Squad to face the cruel Abyss, Silvanna uses this Skin to join the war with Justice.

The great power of the white color that is on all parts of her clothes, does make Silvanna look quite majestic. The Sharp Weapon with the deadliest Lance power, that will make this first Silvanna Skin even better. 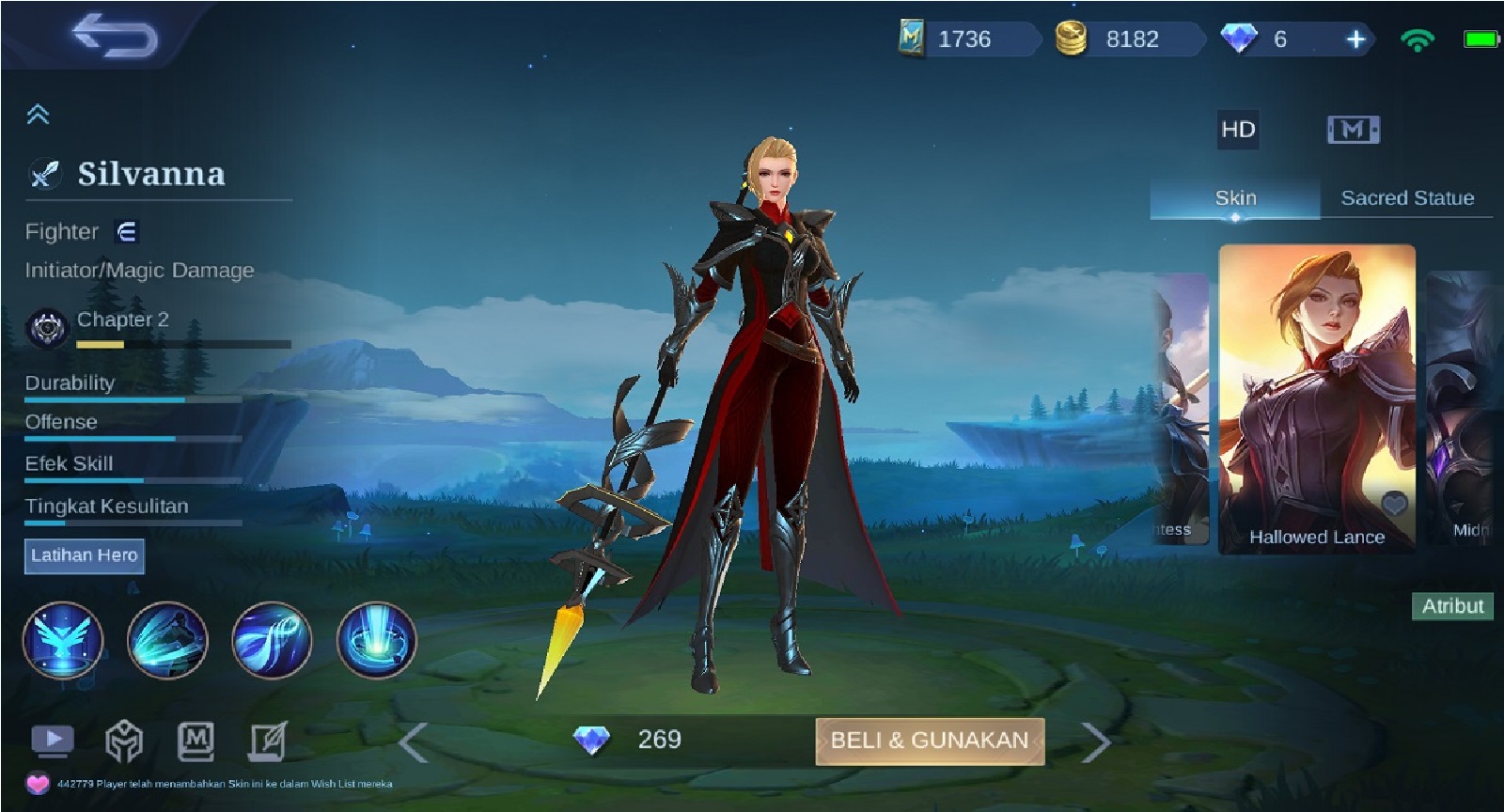 The first skin that is the best for Silvanna is Hallowed Lance, has the appearance of a strong woman. This shows the shape of the outfit, it turns out to be good enough to give the impression of a darker game.

From this skin, we can see that the Black Color has dominated Silvanna, even on the black and gold weapons. Then the clothes of his nobility armor, look quite black and there is a Gold Crystal in the middle.

Having a Red Motif on certain lines, you can get this skin by buying it through the Shop for 269 Dm. Looks cool and cheap, that’s the first Silvanna Skin even though it only has a Normal Tier in the Mobile Legends game now. 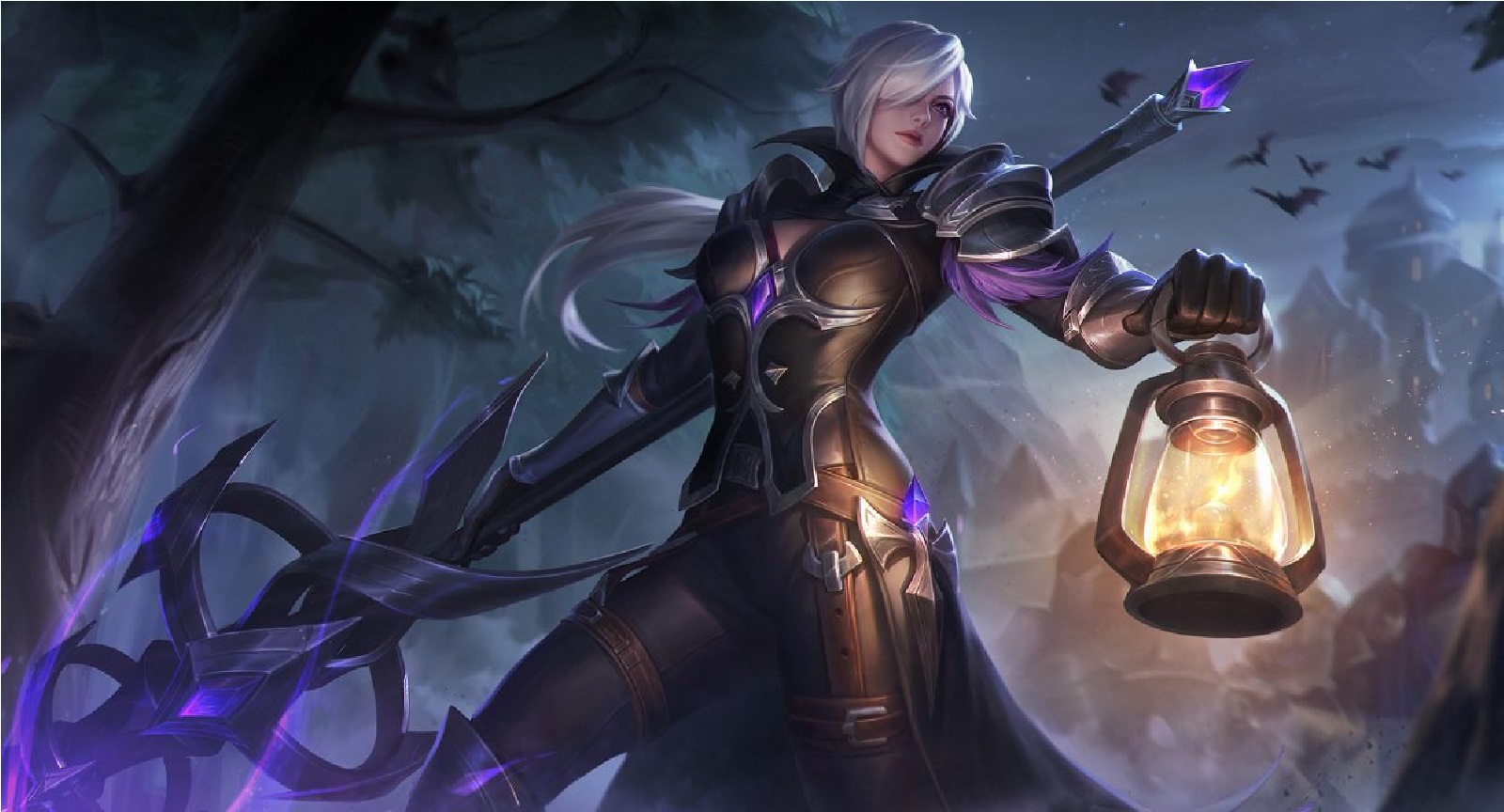 Then the next Skin has an Elite Type in Silvanna’s category, Silvanna’s appearance itself has many changes. It can be seen from the Weapons section first, in the regular skin version it doesn’t have a big circle at the end and it turns Purple.

His clothes became more lightweight and less embellished with the same embellishments as earlier versions. On the right shoulder there is a protective Iron and purple crow feathers, the middle part of the outfit is also protected by strong Iron and Purple Crystal.

Silvanna’s cloak also had a flaming Purple Crow Feather, even for the appearance of her face it looked even more Arrogant. In order to get this skin too, Mobile Legends players must be able to complete a mission in a limited special event first. 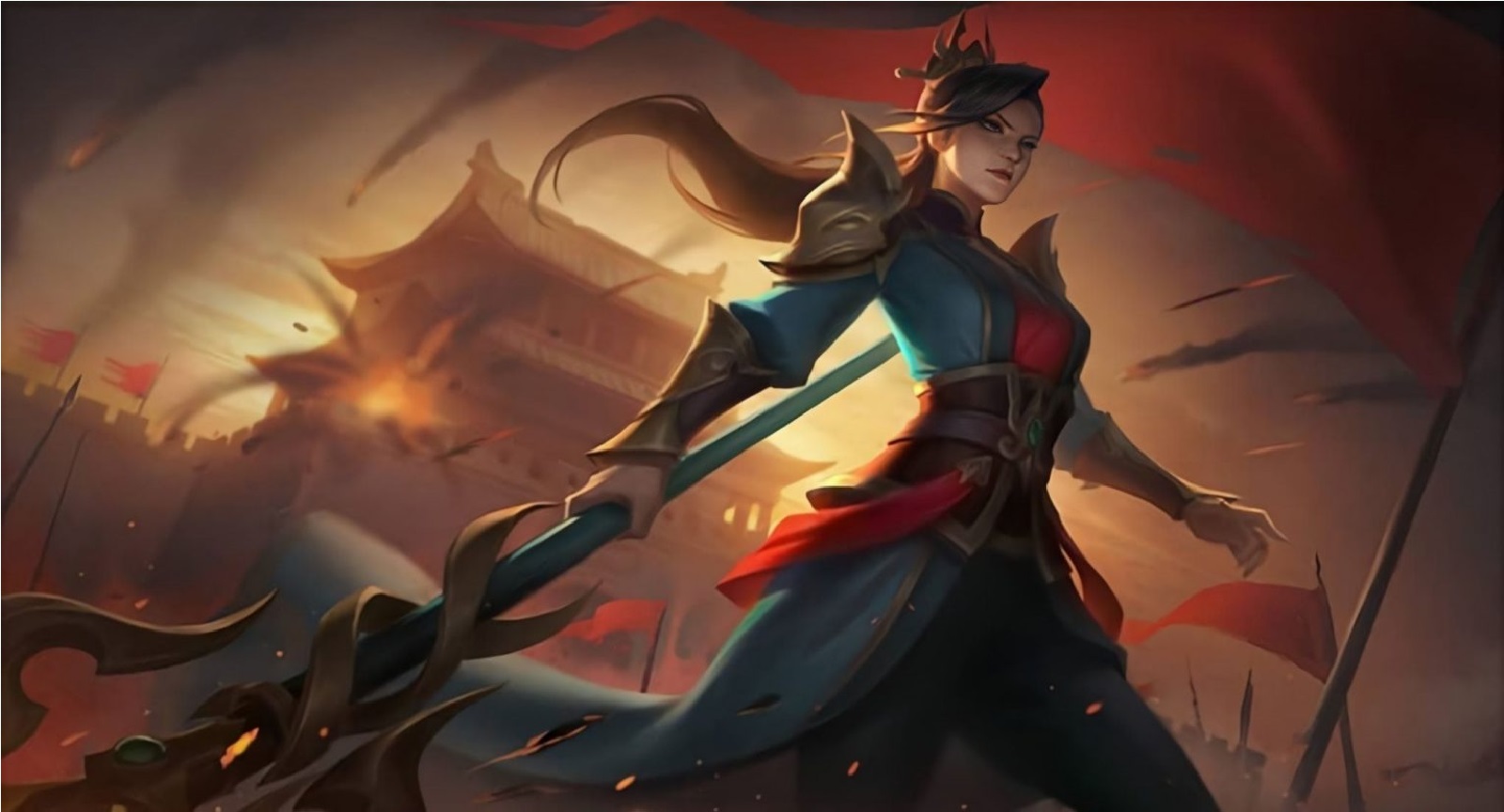 A strong and mighty woman on the battlefield without fear, Silvanna Pure Heroine is a fighter Skin that is hard to lose. This is a Starlight type Skin that appeared in October 2020 yesterday, it does seem that Silvanna has become very strong.

It can be seen from the appearance of Tema who is a war general, has a crown like the mark of a war leader. Then the weapon is also not only a spear, but a golden ax with an iron spin that can make the opponent seriously injured.

This outfit from Silvanna has a blue color, complete with an Iron Wolf head on each shoulder. In the middle body there is a very large belt, as well as pants to shoes which indicate that this Silvanna is indeed the best war leader. 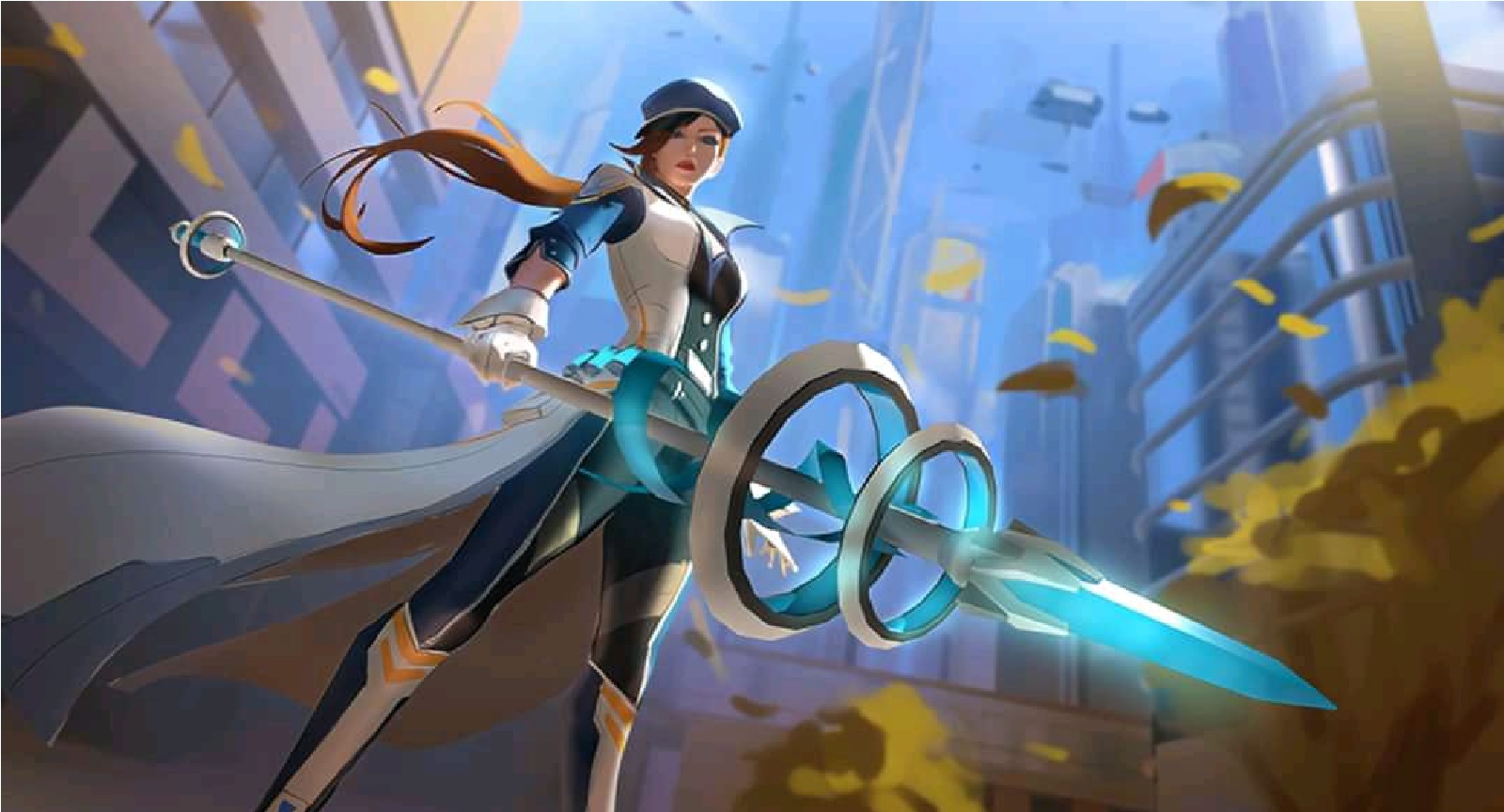 Then the next Skin that gets the Elite Type back, Silvanna Future Cop becomes the next best Skin. This skin tells if Silvanna is a Future Policeman who eradicates every problem, the power of Furute Cop changes every Side of this Hero.

Why can be the best? let’s see from the first weapon that turns like a spear with a police siren. From here it can also be seen that the Skin is indeed quite sharp, even walls or obstacles as hard as no matter how hard there will be no match.

By gaining a strong battle experience, Silvanna can also receive this Super Outfit from the Future Cop. The power is so great to drive criminals away, behind the bright light Silvanna hides in a black and white outfit. 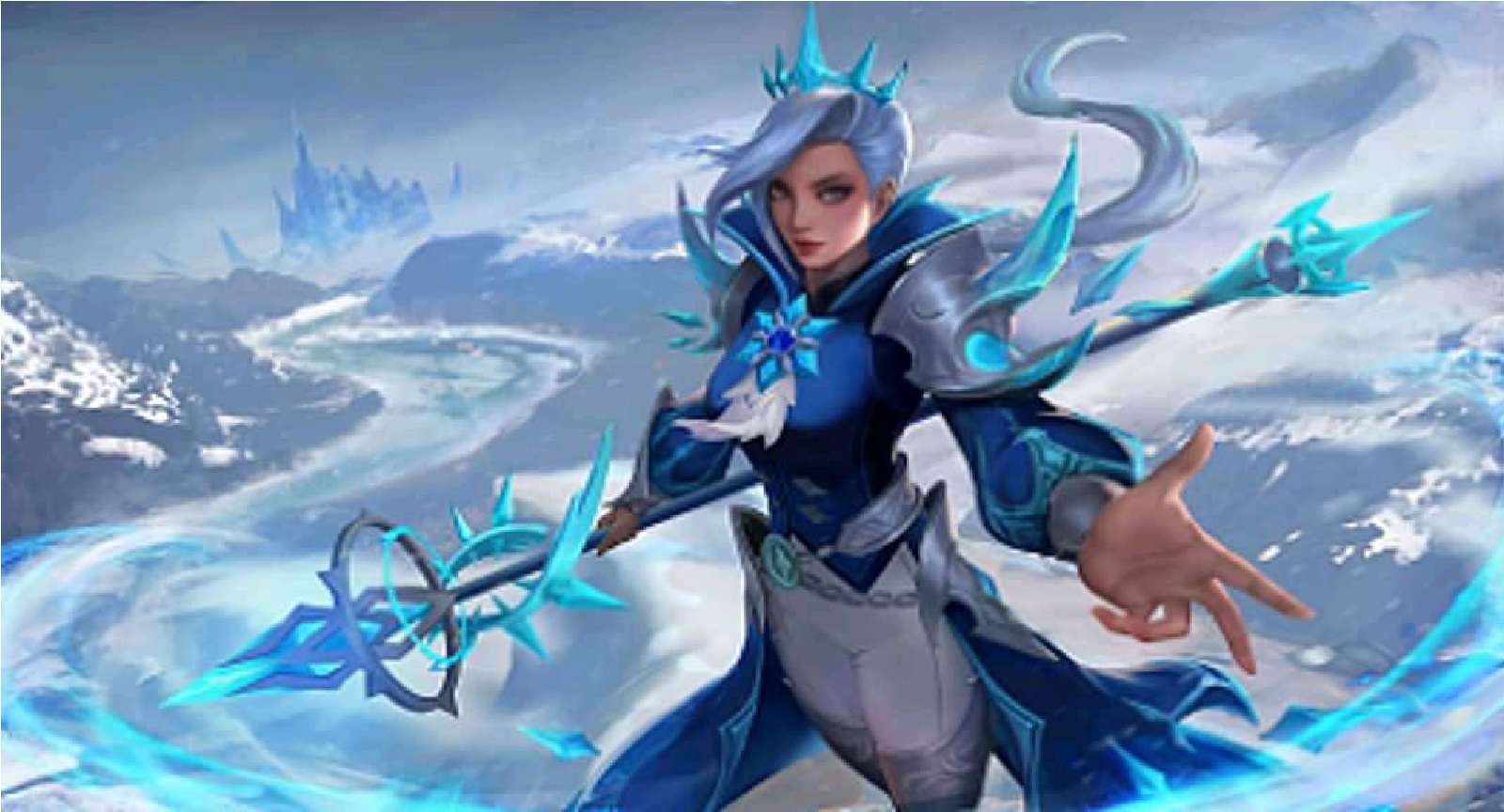 An extremely Cold Ice Power turned out to be Silvanna’s, thus turning her into the Frost Queen. Silvanna’s newest skin has a Collector Type, meaning that we can be right if the price is indeed quite expensive now.

Seen from its shape and appearance, it symbolizes the power of Ice that flows in each of his attacks. Even this power is quite large, changing the appearance of Silvanna into a Cold weather Queen in the Land of Dawn.

Using this Skin when competing, will create many traces of Ice that you will find in battle. That is what will make Hero Silvanna become the Ice Queen, as well as destroy any Abyss that dares to approach.

After knowing the 6 Best Silvanna Mobile Legends (ML) Skins, then you yourself might be interested in using this. Moreover, the skin of the Hero named Silvanna itself is quite good, even you will be more enthusiastic if you want to compete later.

But if you have used a skin like this, make sure you know the Tips for Using Hero Silvanna in Mobile Legends, so you don’t get the wrong skill out. The hero’s time is good like this, you can’t take advantage of her power and instead make Silvanna helpless. Keep practicing, play wisely and don’t become a toxic player!

How To Check Hero Adjustments in Mobile Legends (ML)