Who knows, the skin we use that was released in that month will provide a cool event for you to use. The appearance will not lie, you will definitely like it if you are interested in having it now.

Mobile Legends will soon release another new Skin. We can even know the Latest Release Skin for October 2021 Mobile Legends (ML), one of the new things and you really don’t want to miss it all. Moreover, later there will be a skin that is quite good, for you to use too.  Who knows, the skin we use that was released in that month will provide a cool event for you to use. The appearance will not lie, you will definitely like it if you are interested in having it now.

For now we can know a lot of new things in the Mobile Legends game, maybe you won’t want to miss it all. Of course, what we will find from this game too, is one of the big things and you must have it without us having to miss it.

In fact, you can also know 10 Cool Border Avatars in Mobile Legends right now, one of which we can get if we are diligent if we follow the Event. So that we can get there later, we can get other prizes that are quite good and satisfying for players to use.

Well later we will also have the Latest Release Skin for October 2021 Mobile Legends (ML), maybe there is one skin that you are waiting for. In October, you will find out along with the release date of the Skin and of course not to be missed. For the opening month of the month, Ruby Starlight, we Mobile Legends players will have Ruby Pirate Parrot as the newest Skin. Now for those of you who are indeed players of Hero Ruby, of course you must be obliged to buy this skin because it changes several things.

This skin will provide additional attributes such as Attributes, then Changed Visual Skin Effects, Appearance of pirate-themed skins and Animation of Hero Ruby. This is one of the Starlights that is quite interesting for you to buy, just don’t miss it.

Especially when in the Land of Dawn, Ruby will give a lot of Sea power because he is a Pirate. It could match Karina who used to also have a cool pirate Starlight. The hero named Harley also gets his newest skin this October, Dream Caster is a skin that we can have. One of the Collector Types and of course the price is indeed expensive, you can get it on October 5th.

Of course the skin will change a lot of things from appearance, effects, additional stats, character animations to even voices. Those of you who really want to have a Harley Collection Skin now, of course you can immediately Spin and have it right away at the upcoming new event.

Just prepare Diamonds from now on, because the price we might spend for this Skin can be quite a lot and expensive. Just be prepared and don’t miss it altogether, if you really want it, take it but if you don’t, don’t do it. Then all of you will have one of the newest Hylos Skins called Iron Steed, of course this is an interesting Robot era. Coming later on October 9, you will see Hylos Skin which turns out to change its shape and full appearance.

Hylos who uses this skin will completely change his appearance, even almost his entire body is black and strong iron. Surely you will feel interested, to try and use the Skin or do it when competing later.

The addition of this skin is definitely Appearance, then some things like Skill Effects which of course are good enough for us to use when competing. Skin Legend has finally returned to the Mobile Legends game, Valir Infernal Blaze will appear on the upcoming Magic Wheel. You have to use Special Crystals, if you really want to get this Skin on October 16, 2021 and you will definitely like it.

Now for this new skin, it really changes all parts of Valir, of course it will make the Hero more resilient. Those of us who have it will be happy to continue to use it, the unusual power and skill effects are very good.

His appearance is indeed similar to Oni, even seen during the Skin Animation which explains that he symbolizes a strong Devil. But remember that this is a skin that is quite expensive, even you have to spend a lot of money if you want to have it later. 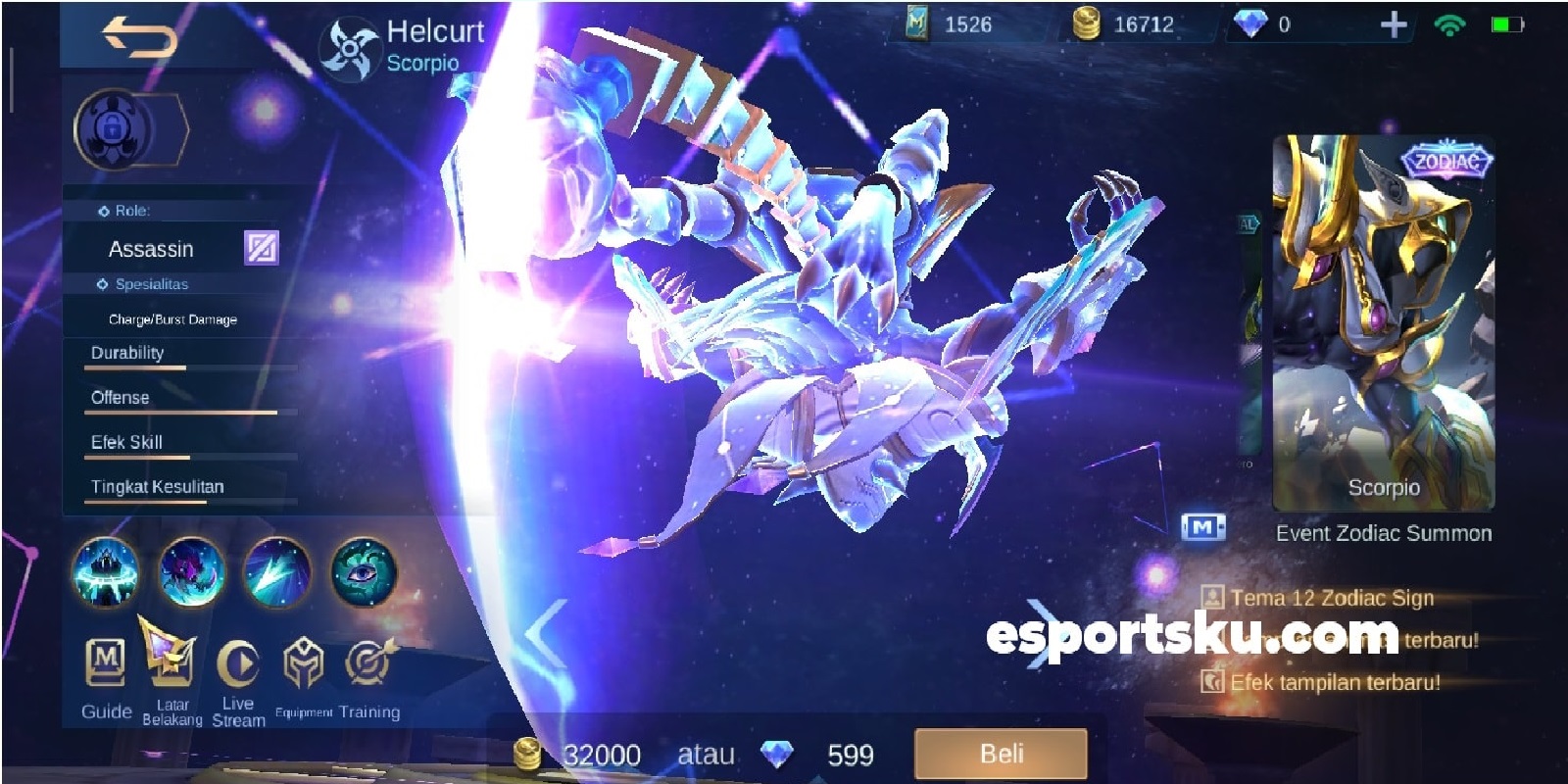 The time lag from the presence of the Zodiac Skin in this Mobile Legends game is 1 year, now we finally have Helcurt’s Skin again. Of course you already know that this skin is really cool, it even has some pretty interesting things for you to get later.

Now if the date issue is October 24, 2021, following the time of the Zodiac Scorpio appearing in that month, yes. For those who don’t have it, you can use this opportunity, because reportedly the Zodiac Skin will indeed be present gradually and will never stop.

Every month it must appear and every year it will come back again, because this is like a mandatory Zodiac Skin every month. Unless Moonton makes another Zodiac Skin, the appearance or shape also changes. 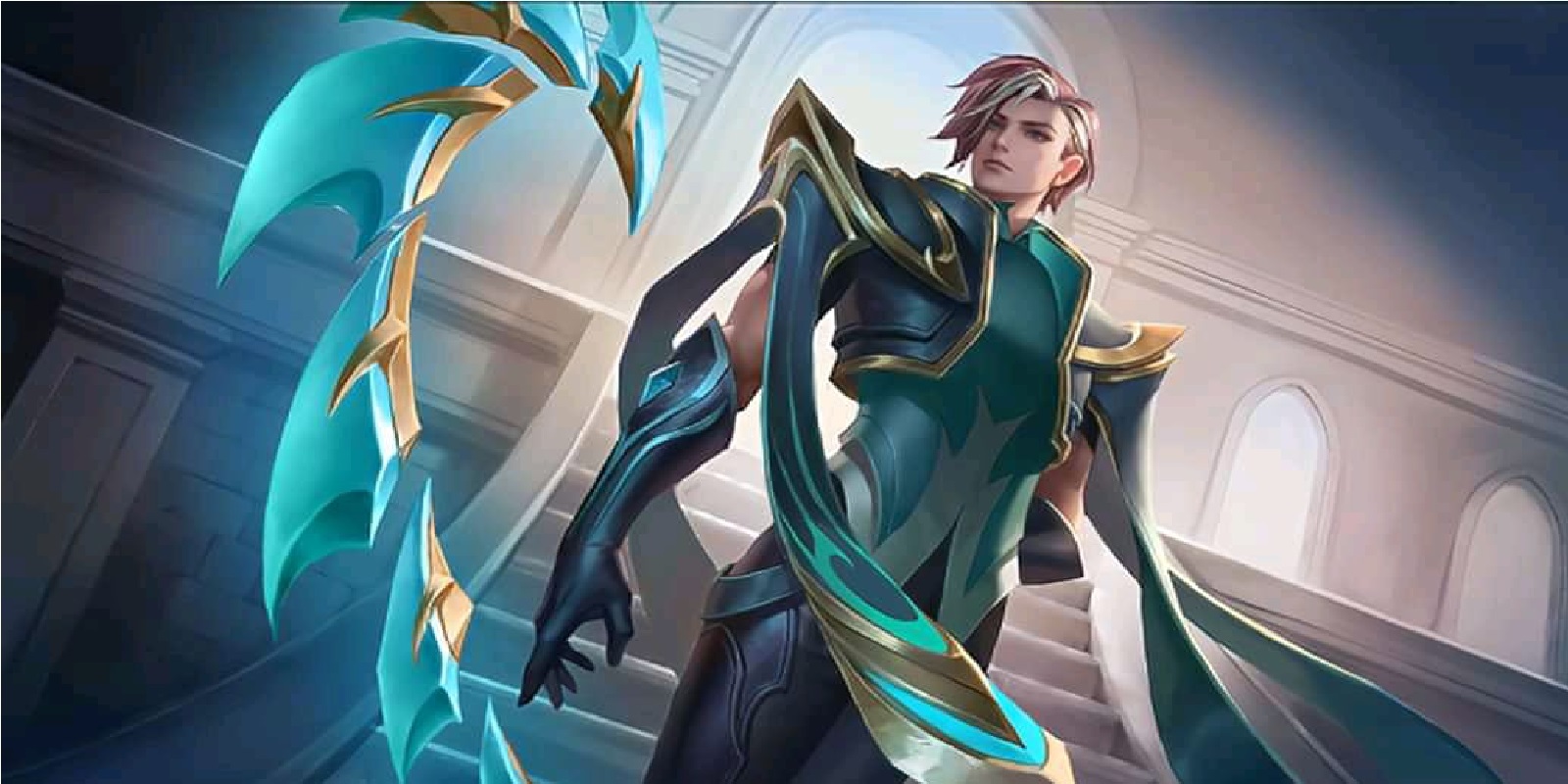 A new hero will also be released on October 26, 2021, even you will get a Basic Skin from this Hero. You can immediately buy this skin when it’s released together with the hero, have it immediately and maybe it will be used better immediately.

His presence as a new Hero and a cool Basic Skin, will give a quite different look. It’s just that there is an additional Attribute in this Skin section when you use it, you won’t lose if you really like the Skin, let alone the price is cheap. 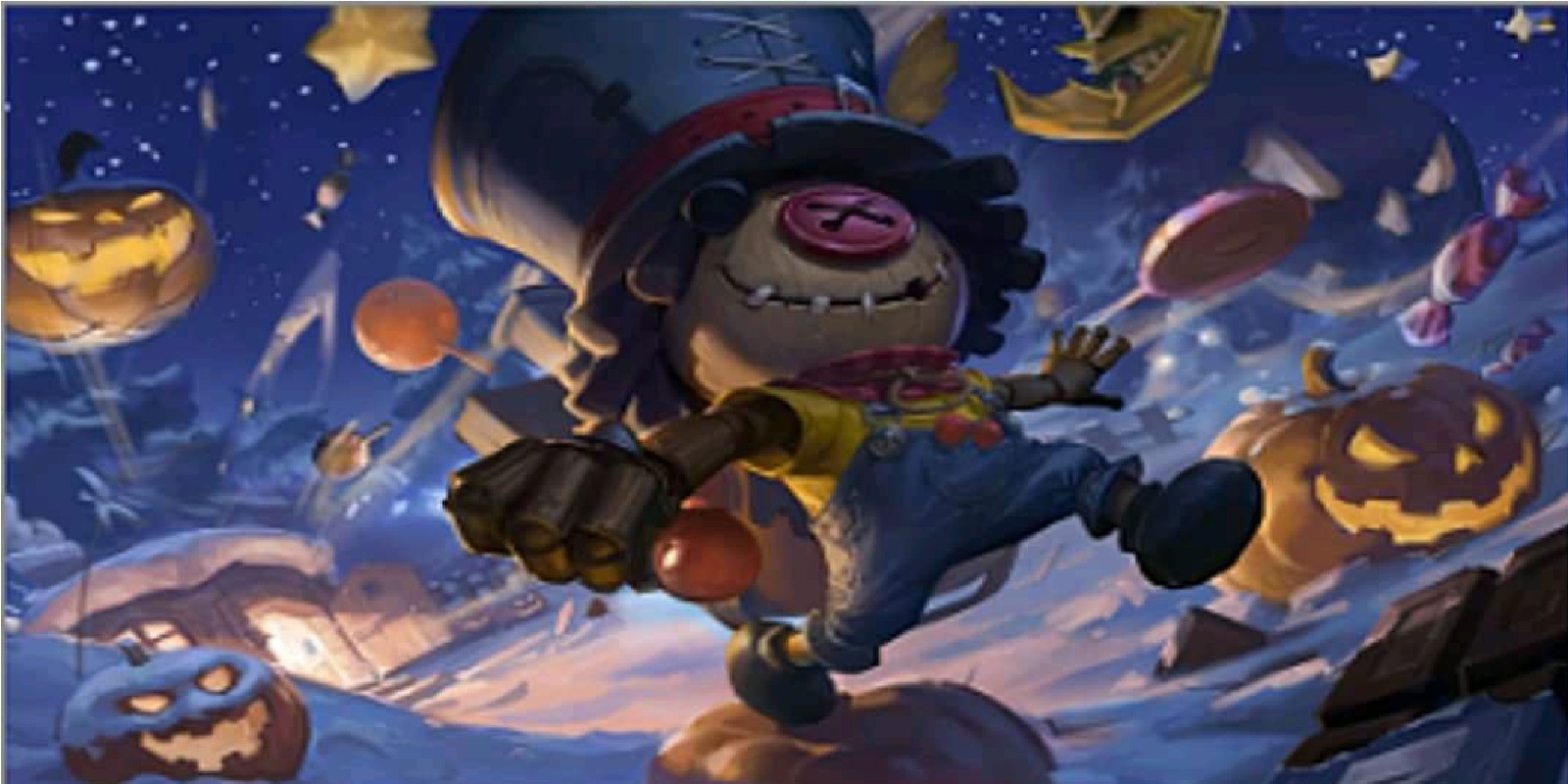 In October we will also get a lot of new things from Cyclops, including Skins that show scary things. Some say that this skin will have the name Scarecrow, meaning you should probably have it because it comes with a special type.

Then for the release on Halloween or October 30, 2021, have the Skin immediately and make sure to wear it. So that later offerings from the upcoming new event, will feel scary because this new Skin has Cylops. 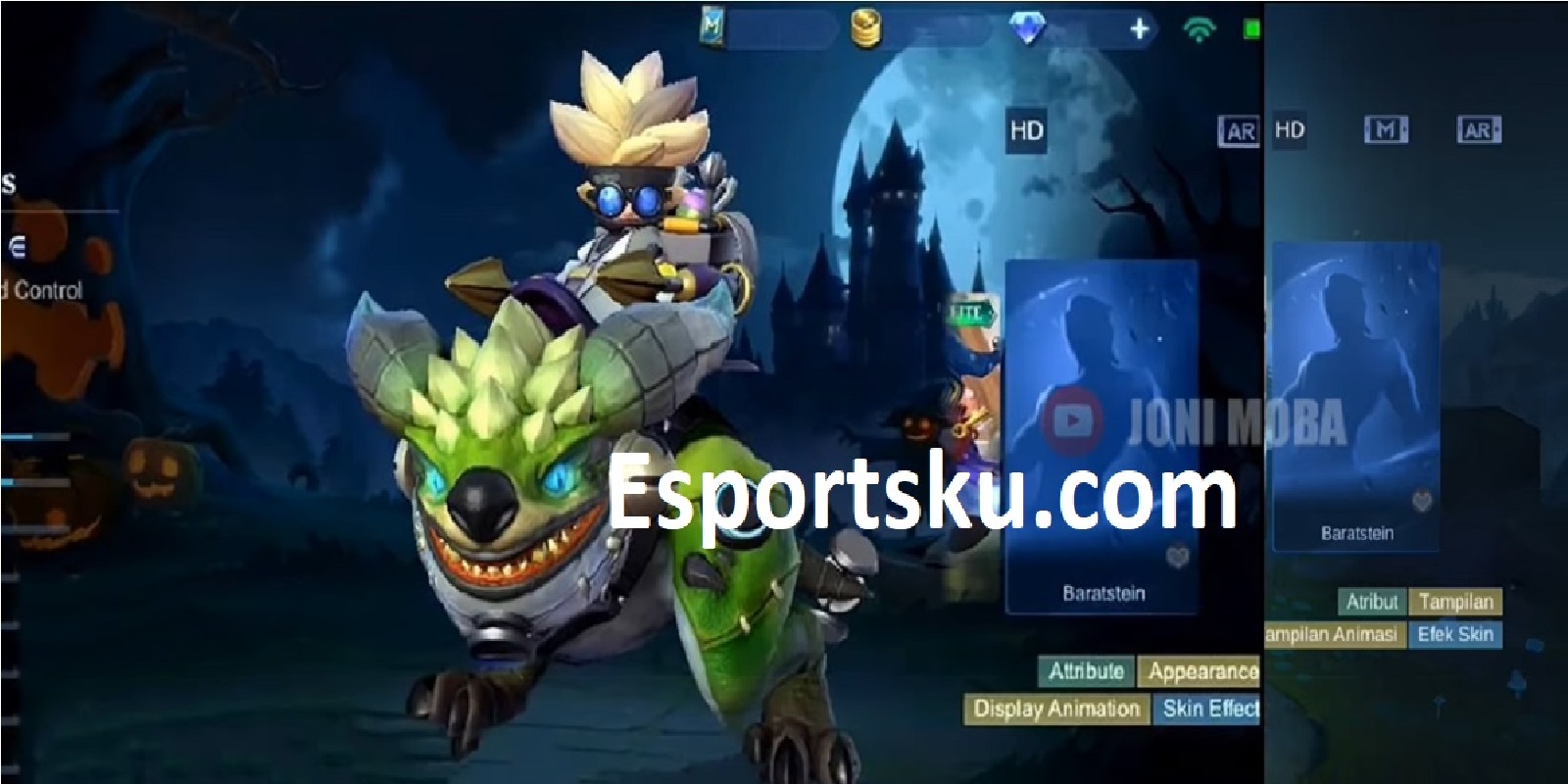 Then the next skin is Baratstein, one of the Halloween specials that of course you shouldn’t miss either. Because this will be one of the skins that is quite interesting, even you might not want to miss it after its release on October 30th.

The appearance of Barats itself will be like a Monster named Frankenstein, one of the creatures created by Mad Doctor who is out of control. You might be interested in having it now, you have to buy it right away if it’s released later.

After knowing the Latest Release Skin October 2021 Mobile Legends (ML), let’s immediately choose which one you want to get later. Because every Skin that we get now, there’s really nothing you might miss at all.

Moreover, you know how to get Valentina’s Skin in Mobile Legends now, one of the newest and basic Hero Skins. So you can have it right away, when the Hero is released and the skin appears. Keep practicing, play wisely and don’t become a toxic player!