The presence of NMA S3 aims to encourage and increase the level of play for Mobile Legends players in Indonesia. Dare to show your best skills to get the chance to compete directly against the MLBB champions.

The presence of NMA S3 aims to encourage and increase the level of play for Mobile Legends players in Indonesia. Dare to show your best skills to get the chance to compete directly against the MLBB champions.

Different from the previous competition, at the NMA S3 which promises a total prize of more than Rp. 160 million, the MLBB winning teams from MPL and MDL will also compete.

With this system, players from amateur teams can get a different and interesting experience in the event which was held in collaboration with Nimo TV and Moonton, the developer of MLBB. 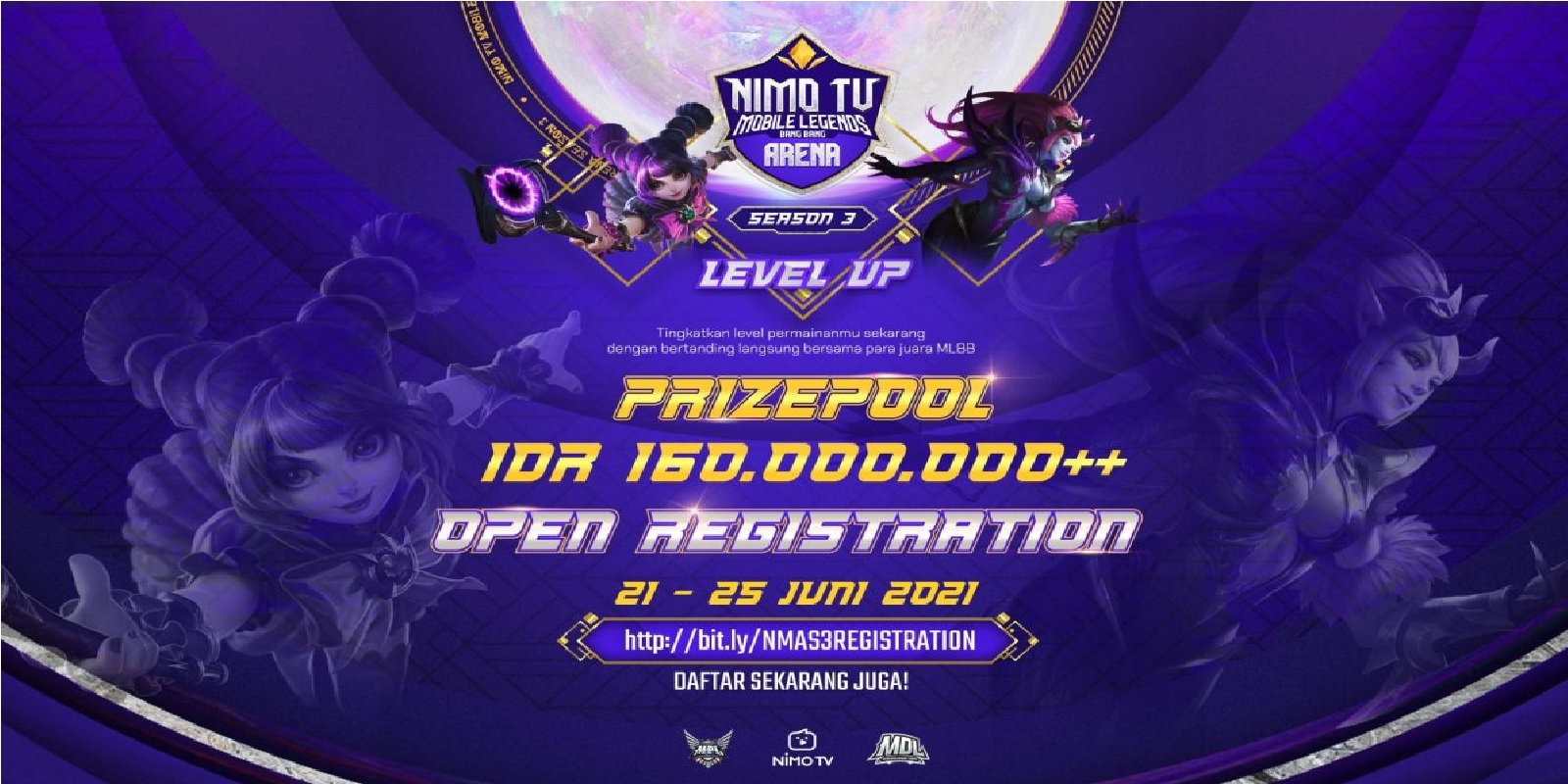 “NMA Season 3 comes with fresh colors and concepts. The presence of the MLBB team champions will increase the enthusiasm of the amateur teams to compete in earnest. Together with Moonton, this tournament is one of Nimo TV’s concrete steps to encourage the development of the eSports ecosystem in Indonesia.

Where it is hoped that with the opportunities given. More talented Mobile Legends teams will be born,” said Toby, PIC of Nimo TV Indonesia.

This competitive platform is open to the public and registration is officially open until June 25, 2021. Each participant can register himself and his team on the Nimo TV application.

For those of you who are interested in registering, you can directly register yourself on Nimo TV Mobile Legends: Bang Bang Arena Season 3 here.

“This is a form of support from us and Nimo TV to continue to grow the esports ecosystem in the country, which is now increasingly passionate. NMA is one of the doors to make your dreams come true, everyone can be a pro!” said Azwin Nugraha, Public Relations Manager of Esports Moonton Indonesia.

The series of NMA Doctoral competitions will take place from July 1 to August 1, 2021. The competition which has the tagline “Level Up” is divided into 3 rounds, namely Open Qualifier on July 1-11, Group Stage on July 21-26, and Playoffs on July 28 -1 August.

In the Open Qualifier, as many as 3,072 teams that pass the registration stage will compete in the Best of 1 (BO1) format to be filtered into the best 4 in order to qualify for the next round.

In the Group Stage, the best 4 teams from the Open Qualifier will face 12 Pro Teams consisting of 4 Mobile Legends Professional League (MPL) Teams and 8 Mobile Legends Development League (MDL) Teams. So the 16 teams will be divided into 4 match groups. and the top 2 teams from each group will advance to the next round.

With fantastic prizes and a chance to fight pro players. Don’t miss out on signing up for Nimo TV Mobile Legends: Bang Bang Arena Season 3! You can ask questions about this tournament at the following link. Keep practicing, play wisely and don’t become a toxic player!