On this occasion the leak for Terizla's new skin in Mobile Legends. The skin will have a Special caste with the name Hammer Giant. Reportedly, you can get this skin for free at the Halloween Event which will be present on October 27, 2020.

You can get Terizla’s new skin with this Special category for free at an upcoming event. After previously announcing the presence of a Halloween event that will provide free skins for this Terizla Hammer Giant Special skin, here is a look at the look we got.

Terizla is one of the most powerful fighter heroes in Mobile Legends. To make players more exciting to play, Moonton presents a special skin for Terizla with the name Hammer Giant. Reportedly, this skin will be given free of charge at the Halloween event which will be present on October 27, 2020.

On this occasion the leak for Terizla’s new skin in Mobile Legends. The skin will have a Special caste with the name Hammer Giant. Reportedly, you can get this skin for free at the Halloween Event which will be present on October 27, 2020. 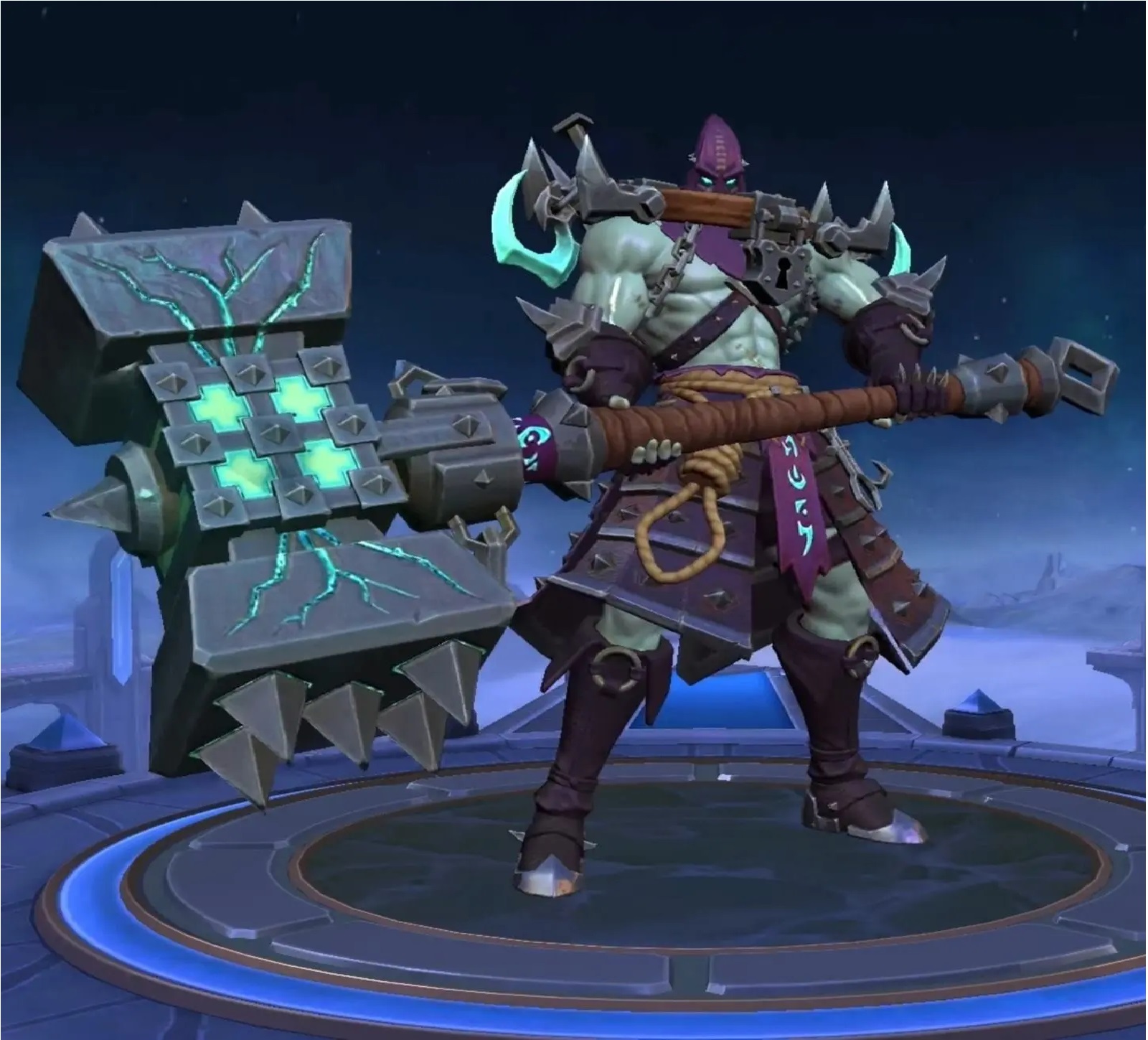 Terizla is one of the fighert heroes who has a deadly combo skill, this hero has a passive ability that increases basic damage with item attack speed, and has active skills that can be mixed very well.

Terizla’s deadly combo can attract opponents with the big hammer it uses. This attack will give the opponent a very high physical attack and give other crowd control effects.

Not only that, Terizla also has strong physical endurance like other fighters in general. Therefore, Moonton tries to provide a new special skin for Terizla with the name Hammer Giant so that the players can be even more enthusiastic.

Hammer Giant is one of the skins that will be present at the Tricknes Eve Event in Mobile Legends. The event is titled to commemorate Halloween in October.

The Terizla Haummer Giant Special Skin itself has a very cool appearance. The Hammer Giant skin looks like the Monster at the Halloween Event. But more deeply and deadly.

The Skin Hammer Giant has a purple cone-looking head design. On his shoulder, there is an accessory in the form of a lock that has been moved that shows him like a prisoner.

As if to indicate that Terizla was escaping the Land of Dawn prison complete with chains still tied and also a huge giant hammer. Has a design in dark green. This special skin is ready to accompany you at the Halloween Event on 27 October 2020.

You can get this skin by drawing on the Thickness Eve event which will be coming in the next update. Later there will be various other Halloween-themed skins including Lylia and Leomord Skins

So that’s our review of the latest Terizla skin leak with the name Hammer Giant in Mobile Legends. Hopefully this review can be useful especially for those of you who are Mobile Legends gamers.

Advantages of Being an Offlaner in Mobile Legends