Surely the skin will make this weapon stronger. Dealing with your own enemy, will make you even more barbaric against the enemy.

Free Fire has released a great skin update for you to use right now. It’s the same as the Leaked Mac10 Frozen Platinum Free Fire (FF) Skin, which means you should know this new Skin now. So that those of you who have seen the latest Mac10 Skin firsthand, will be more enthusiastic to play it. Surely the skin will make this weapon stronger. Dealing with your own enemy, will make you even more barbaric against the enemy.

The updates that will continue to appear in this Free Fire game continue to grow, definitely more and more. The more here, there are indeed a lot of various good prizes for us to have, let’s immediately play new prizes like this now and get them. 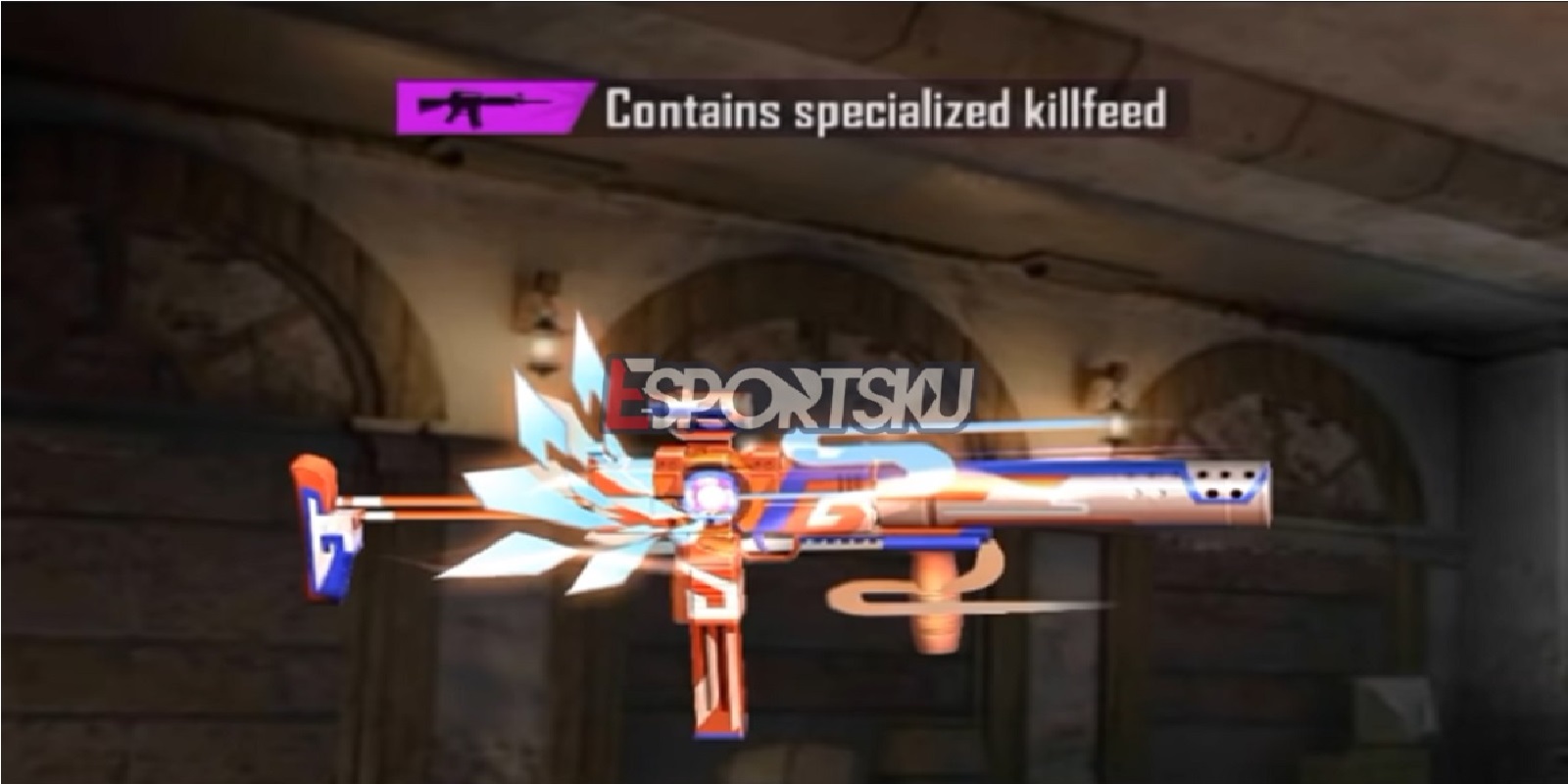 In this latest leak, we will get the latest Mac10 Skin called Frozen Platinum which you can see first. As one of the good skins that you can find in this game now, after all these things have appeared now.

The shape of the appearance of the Mac10 Frozen Platinum Skin is basically Orange. Then spread it on each part of the weapon’s Skin, making several patterns and a line that increasingly forms a cooler mixed color.

Then there are some edges on the back and front that are blue, so this enhances the appearance of the ordinary looking Mac10. Players will see additional accessories such as Crystal Wings near the Scope, then there are Orange and Blue chants near the silencer.

Of course, if you use this skin when competing later, it will definitely make things better. Especially in learning Tips for Using Mac10 Free Fire Weapons, so that you don’t find it difficult to face difficult opponents.

The additional stats we receive through this skin are also quite large, that’s why this skin is really good for barbaric players later. Increases Range ++ and Accucary, but reduces the Movement Speed ​​part – so your movement will be slower but more stable.

So it’s true that you have to see the Leaked Mac10 Frozen Platinum Skin, before you can get the Skin when it’s released. See first whether it fits or not, because for example it doesn’t match but is desperate to have it, you can lose too.

If it’s like this, just wait for the Mac10 Frozen Platinum, Esportsku itself doesn’t know when it will be released. But based on my own Esports observations, this new skin definitely has a fairly large Spin price.

What do you think about skin like this? surely you will like it and want to immediately have the Skin in this game now. So make sure not to miss all that, so that later you can be better than before.

After knowing the Leaked Mac10 Frozen Platinum Free Fire (FF) Skin, you don’t need to be confused anymore with things like this. After seeing the leak, I will definitely use this Skin and it definitely looks stronger than before. Keep practicing, play wisely and don’t become a toxic player!

How to get the Hikari Good Job Emote Mobile Legends (ML)