Here's a look at the new marksman hero who has the nickname as Curse Shooter and is the 114th hero in Mobile Legends. Check out the full review!

Mobile Legends is very routine in presenting various interesting heroes every month. One of them is the hero marksman Natan, which this month has been officially released.

Besides Natan, there is also a new Fighter hero named Aulus which will be released next month, as well as a hero named Aamon who already has his gameplay on the Advanced Server.

In addition, there are several heroes that are still being leaked, including two mage heroes who are still mysterious, to the newest marksman hero who has the number 114.

This one hero is a hero who most likely has Hybrid ole, but for information his main role is Marksman, here are the leaks. 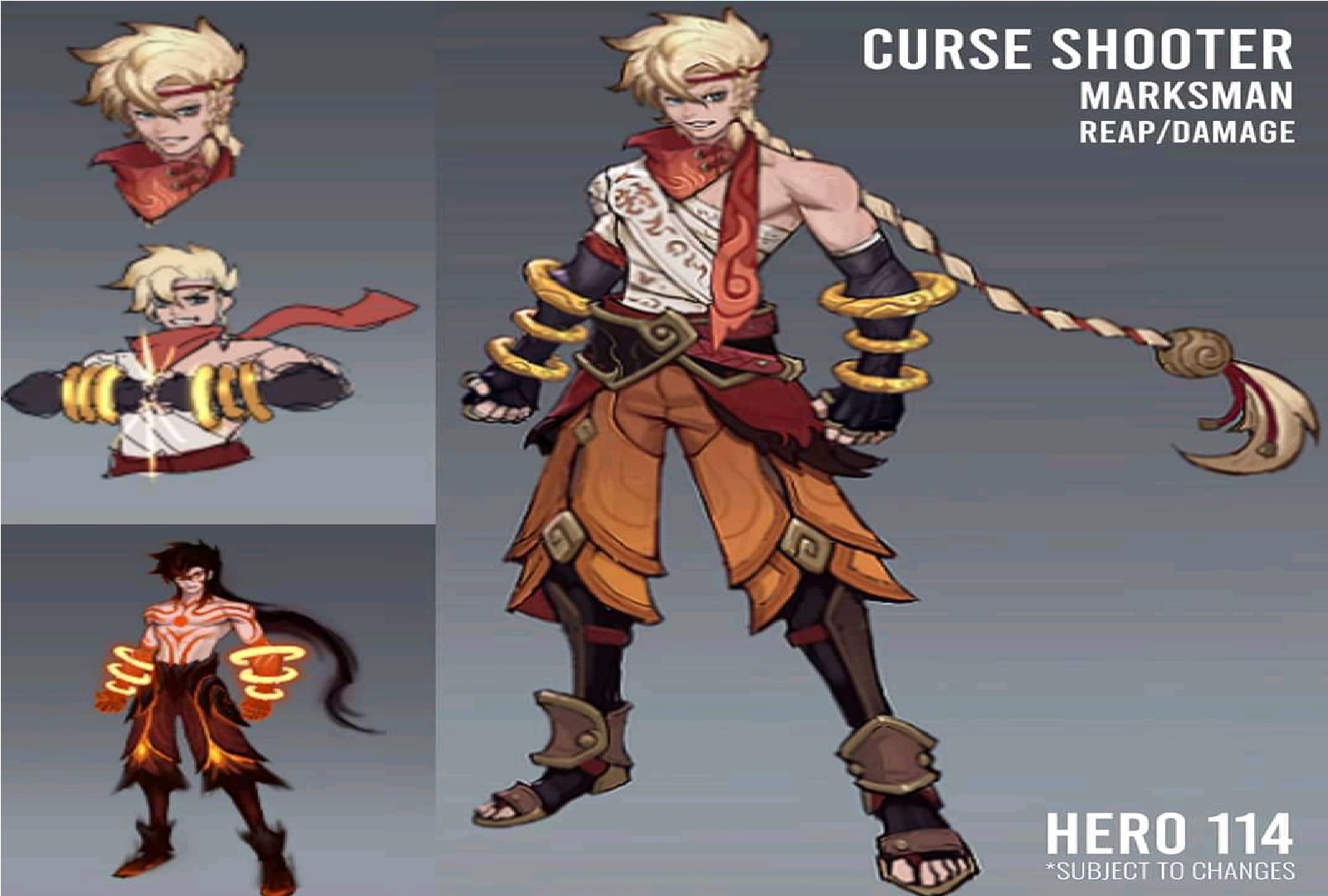 It should be noted that the information above may change at any time, and what we convey is a leak which is not official from Moonton.

The display above is the 114th new marksman hero, he has the nickname as Curse Shooter which has two views for the default skin and the normal skin.

The default hero appearance has orange hair that is tied long enough, then on his wrist there is a gold bracelet, each of which has three bracelets.

At first glance, he is a fighter who has close range abilities, apparently he is a marksman.

The second display is the normal skin of this one hero. Although he still doesn’t have a name for his hero, he has already got a design for his normal skin.

This part of the skin looks much cooler. This new marksman hero has black hair that is tied long and then a muscular body full of red tattoos.

At the bottom, there are pants that look like lava with a fire motif that looks very hot.

Then on his wrist in the suppository into an iron that is heated and glows golden.

Changing the release date would of course take a while. Some of the leaks that have been present at this time are enough to become a hero list schedule until the end of 2021.

It is very likely that the marksman hero who has the nickname as the Curse Shooter will be present for the hero in 2022.

So that’s all for the leak about the hero who has the number 114 in Mobile Legends. This latest hero will have a role marksman with a very cool appearance and of course interesting to look forward to. Hopefully useful and see you soon! Keep practicing, play wisely and don’t become a toxic player!