Masha in this season looks less sold or rarely used because it is considered not meta anymore. In both ranked and tournaments this hero has never been seen again. However, don't worry because Masha gets a buff in the latest patch so that you can show off the skin when playing later.

Maybe many already know that Masha will get the latest skin and can be obtained for free. Yes, it’s true that the skin is obtained from the Rank season which can be claimed when the season’s rank is reset. In accordance with the explanation that Masha Spirited Gauntlet will be present in the 23rd season skin. Masha in this season looks less sold or rarely used because it is considered not meta anymore. In both ranked and tournaments this hero has never been seen again. However, don’t worry because Masha gets a buff in the latest patch so that you can show off the skin when playing later. 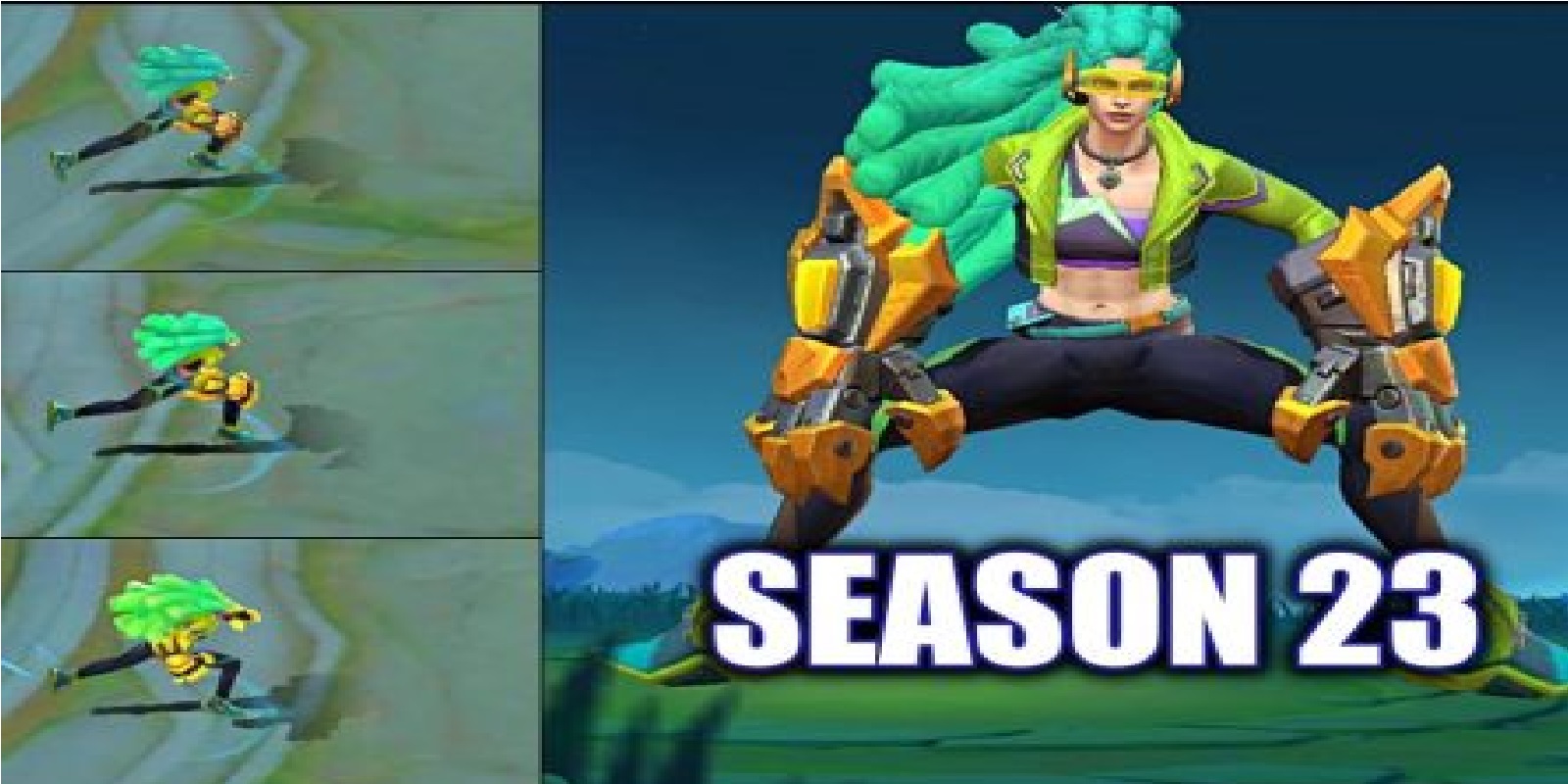 This is the visual appearance of the latest season of Masha’s skin, the Spirited Gauntlet. Skin season is famous for skin that looks ordinary because it is obtained for free. However, this free Masha skin has cool and colorful visuals. In terms of skill effects, Masha’s season skin looks brightly colored. The bluish green color colors the effects of Masha’s skills from skill 1 to her ultimate. As we can see in the picture above that Masha has different hair types depending on the HP bar we have. The less HP bar we have, Masha’s hair will be brighter and longer.

Her 1st skill has a very colorful effect when Masha scratches her opponent. When using mode on skill 1, Masha emits like bright green smoke that comes out of her enemy when Masha starts clawing. The assessment for skill 1 is quite good from the reviewers, because it is quite good for the skin season.

Skill 2 Masha takes out a green tiger too. The green coloring on this skin seems to be very dominating, because every skill and appearance is that color. When Masha’s skill 2 tiger hits her opponent, she will display a bright green disalble physical attack sign too.

Masha’s ultimate skill when used emits a bluish green lightning. With this effect, we can feel the effects of the cyborg designed for Masha’s hand in the visualization of this skin. We get the robotic impression when we use Masha’s ultimate against her opponent. Small lightning comes out of the opponent’s body as if the opponent was electrocuted by the collision of a Masha making the effect good when using ultimate.

Masha’s HP bar enhancer skill looks normal. When using Masha’s HP bar increase skill, the visualization is not so striking, like Masha’s other skins. So of all Masha’s skills in this season’s skin, which one do you think is the coolest? Keep practicing, play wisely and don’t become a toxic player!