Then you should also see the Leaked New Skin of Terizla Rustwreck in Mobile Legends (ML), one of the most interesting leaks. Because with this New Skin belonging to the hero Terizla, it will make you look so very in the match later.

There are so many updates that keep appearing right now, because of that you will definitely be interested in trying it right now. Including there are still some new things that you might like from the Mobile Legends game, because of the presence of some of these newest events.

Even for the emergence of an M3 Mobile Legends Event Calendar, you can know what events were released and the prizes too. Because with these prizes, it will definitely make us more comfortable playing, even though we have to take a lot of time to play later. 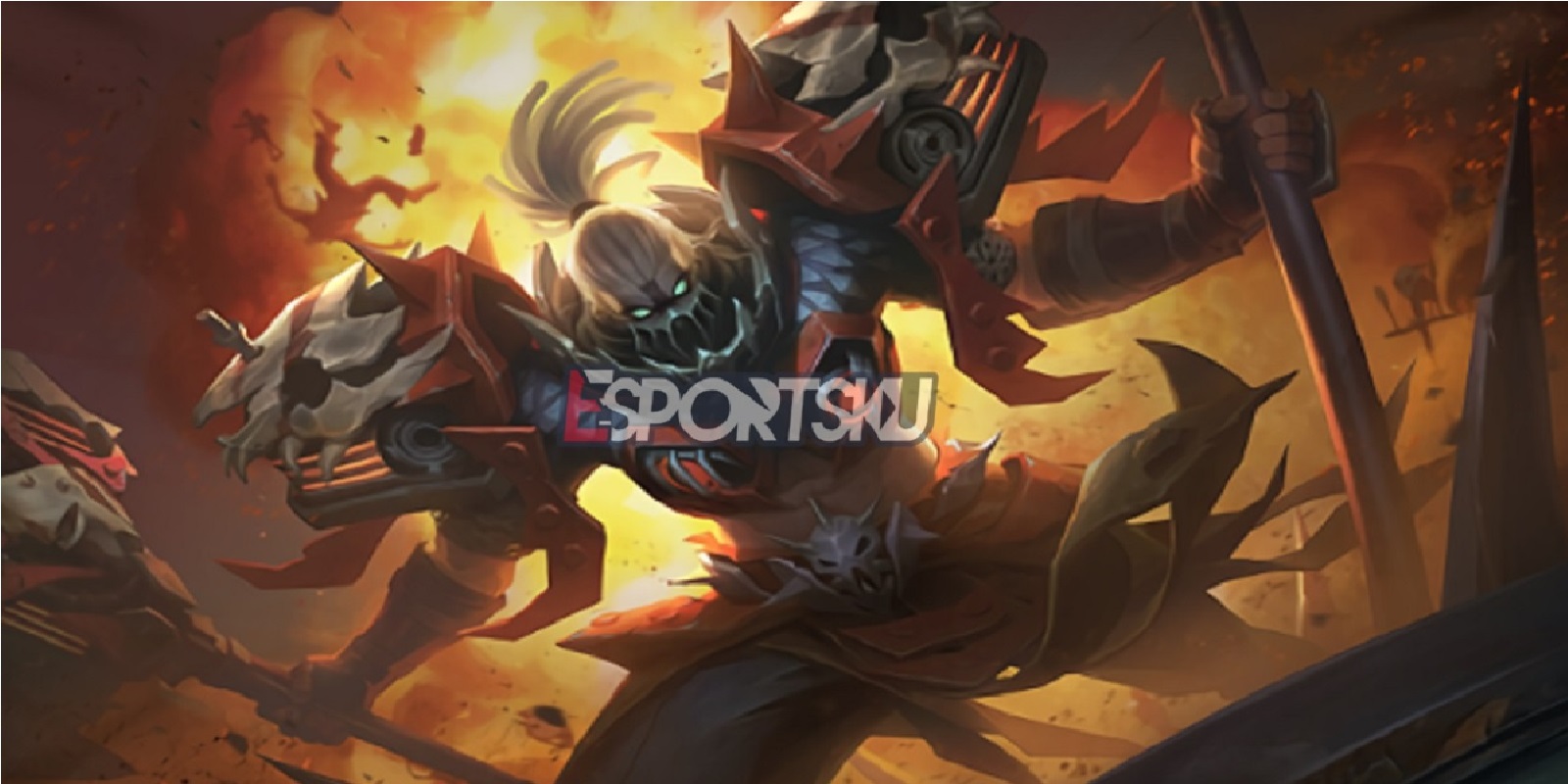 Terizla has received a New Skin Leak called Rustwreck, this will appear on Mobile Legends soon. But you may have to wait until later, this Leaked New Skin of Terizla Rustwreck in Mobile Legends is really released, right.

The appearance has been seen in the latest Splash Art for the Skin, the dominant colors are Black and Red and Silver on the body. For the head you will see directly Terizla who has white hair and green eyes, as well as an iron mask that looks strong.

Then for the body, it is clear that this skin gives the shape of clothes like a machine, it has 2 lights on the left and right chest. Then a large shirt with a sharp knife in a mixture of red and black, combined with the machine body.

In this Splash Art, it turns out that Terizla holds 2 large hammers to attack the enemy but in the game there will only be 1 hammer later. The power of Terizla using a skin like this will really look like it has a lot of potential, so make sure you use it.

Really shows a man with a war spirit that exceeds anyone, even though it is rusty but still fights to the end.

To get the new skin for Terizla Rustwreck in Mobile Legends, no one knows, but soon you will know. Hopefully, skins like this will appear for free, so you can add to your collection without having to top up. Keep practicing, play wisely and don’t become a toxic player!