Esportsku this time will give a leak about the 108th new hero of Mobile Legends. Now for those of you who are Mobile Legends gamers, you must see the full review which we will submit below!

Moonton is one of the developers who often presents heroes every month. Now there is the latest of several heroes who will be present, this hero is the 108th hero, this is the leak of the new 108th hero in Mobile Legends. Esportsku this time will give a leak about the 108th new hero of Mobile Legends. Now for those of you who are Mobile Legends gamers, you must see the full review which we will submit below!

As usual, Moonton has released new heroes very often every month. Now on the current Advanced Server, we have just the presence of the hero Gloo who is the 104th hero. After Gloo itself, there are three new hero candidates, starting from fighter, tanker and marksman.

In the order, Gloo is the 104th hero, then Beatrix’s 105th hero, then the 106th hero is the new fighter hero, and the new 107th hero has just been shown the leak and this time there is already the 108th hero who is most likely a fighter. .

Leaks of the 108th New Hero in Mobile Legends 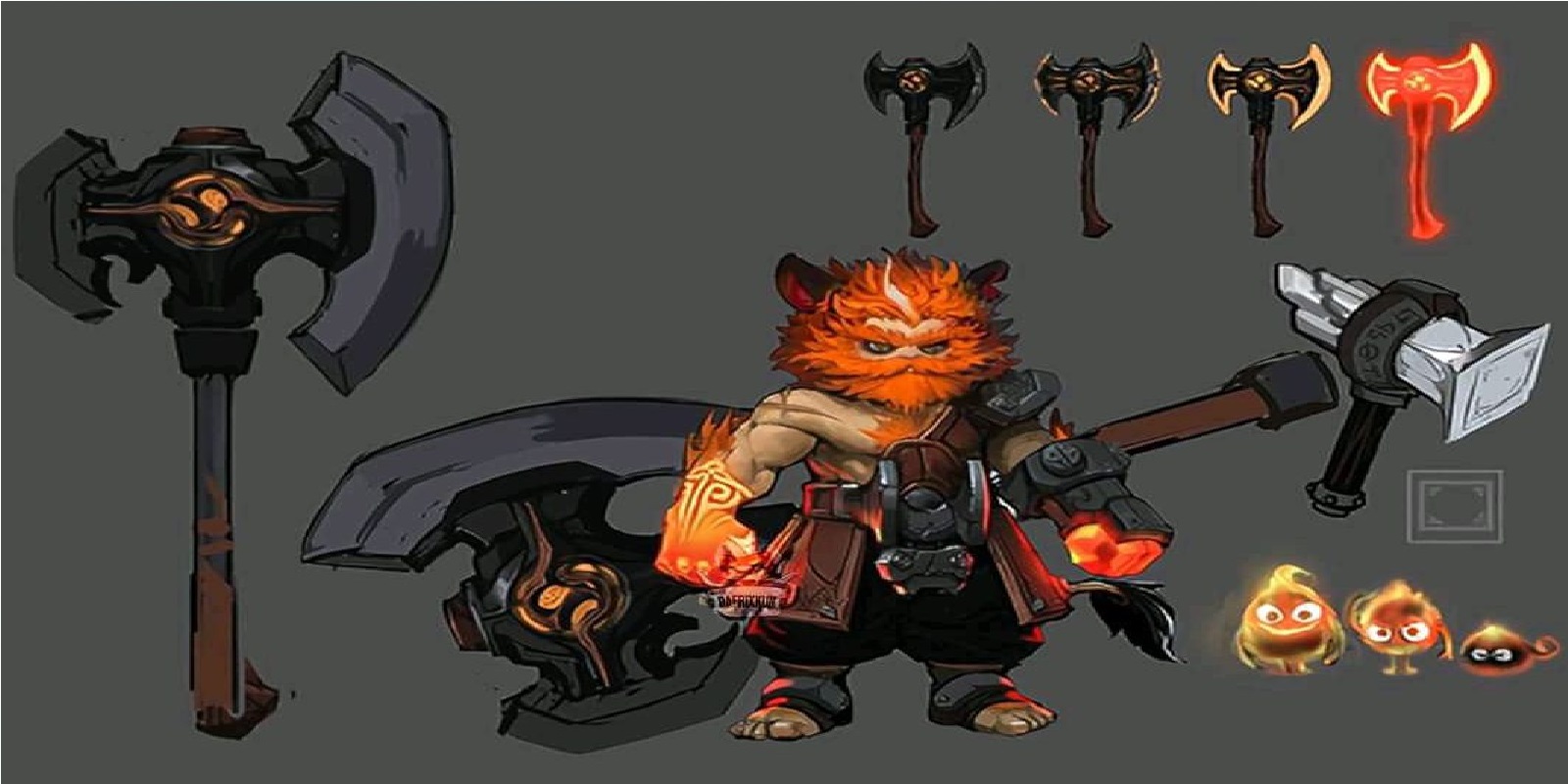 Unfortunately, Moonton still hasn’t given a name for the 108th hero, the hero above is still a survey which is still the initial appearance of the hero later. But certainly, the basic appearance is more or less the same.

Now the 108th hero looks like a small monster who uses a large ax weapon, when you see the weapon used it will look more like Balmond, right? Apart from that, it also had two hammer-like weapons that were similar to the minotaur’s hammer.

But if it’s not a fighter hero, the second possibility is that the 108th hero will later become a tank hero or maybe a hybrid tank.

This 108th Hero looks like a blacksmith or a blacksmith in Mobile Legends. Blacksmiths usually have strong muscles with ax weapons as seen from the hero above.

Regarding this, it is certainly very interesting to wait, whether this hero will have a gameplay mechanism similar to Balmond’s hero or others. Surely all the new heroes are very impatient to look forward to.

That’s it for the leak of the new 108 Mobile Legends hero. In total, there will be around five new heroes in Mobile Legends who are ready for you to look forward to their presence in the Land of Dawn. Don’t forget to keep practicing, play wisely and don’t become a toxic player!

How to get free Terizla Mobile Legends skin flares (ML)