Regarding this revamp information, Moonton finally released a survey about the Hanabi hero, especially for the Revamp hero change later.

The Reforge Your Legend event has finally finished. In the four stages presented in the event, the Hanabi hero will get a revamp. Regarding this revamp information, Moonton finally released a survey about the Hanabi hero. Especially for the Revamp hero change later.

Hanabi is a marksman hero who was previously included in the list of heroes who attended the Reforge Your Legend event. This event presents the heroes Hanabi, Carmilla and Badang.

The event was divided into four main rounds, after going through a long round. Finally Hanabi hero was crowned as the hero who will get the latest revamp in Mobile Legends. 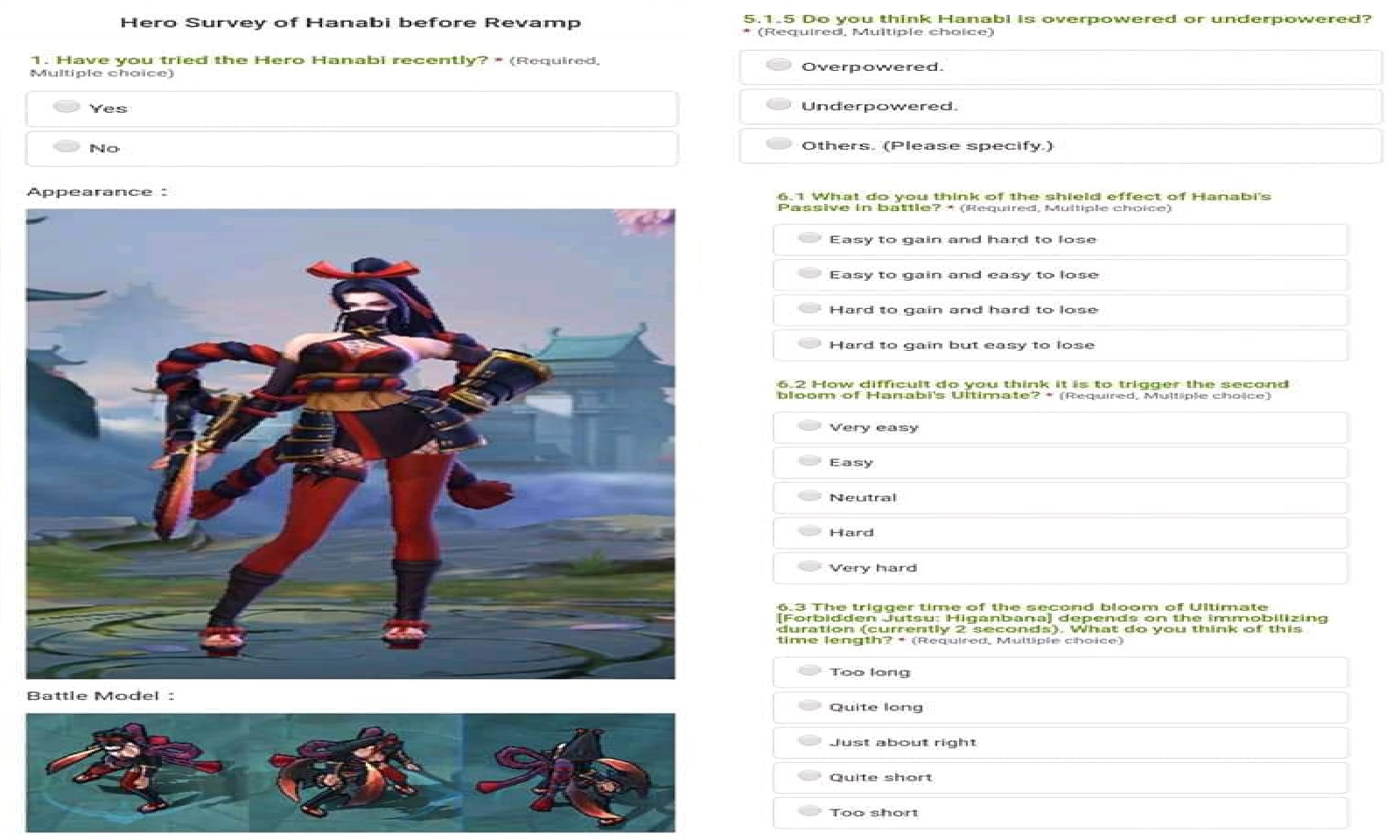 The presence of this revamp certainly answers questions from many Mobile Legends game players. Of course because Hanabi is the hero who won the prize at the Reforge Your Legend event in this second round.

In the latest revamp, Hanabi might get a significant update, especially on this one hero that has been around for a long time and hasn’t even gotten any changes after it was released.

For now, Hanabi’s hero abilities are still not very meta. In her first skill, Hanabi can issue a shield that also activates her passive to cause continuous damage to her opponent.

Then the second skill attacks the opponent using a scroll that will cause damage with a long distance.

For the ultimate hero Hanabi will issue an attack that will stun all his opponents. Then it will expand to all nearby opponents.

Of the three skills above, what do you think should be revamped? if according to the author, Hanabi needs an escape skill in the form of a dash or other so that this one hero can move faster like other marksman.

For example, Hanabi’s second skill is currently removed and replaced with an escape mechanism skill that can allow her to escape when attacked by an opponent.

This skill will certainly be more suitable for Hanabi, especially he himself is a character hero like a Ninja. Skills in the form of blink or dash will be very suitable for him.

In addition to skill changes, the Hanabi revamp update will also come with the latest design that will make it even better.

With the presence of this revamp update, hopefully, Hanabi will become one of the balanced heroes in Mobile Legends. For now Hanabi is still a lower tier hero who is not very meta-playable.

Then what about the revamp update later? Of course this is very interesting to wait for, especially for those of you who are Hanabi hero users.

That’s all the information regarding the presence of a revamp update for Hanabi’s hero in Mobile Legends. What do you think about this revamp hero? Keep practicing, play wisely and don’t become a toxic player!