This time we will discuss the skins of Saber in the Mobile Legends game.

Saber is one of the assassin heroes who is currently the new meta after the latest patch update in Mobile Legends. This time you can play the Saber hero with a variety of and very cool Saber skins.  On this occasion, we will discuss the skins that Saber has in the Mobile Legends game.

This one hero has very high damage ability and excellent lock ability. For the problem of ganking, and also speed, Saber does not need to be doubted. You can play Saber by using the following series of heroes. 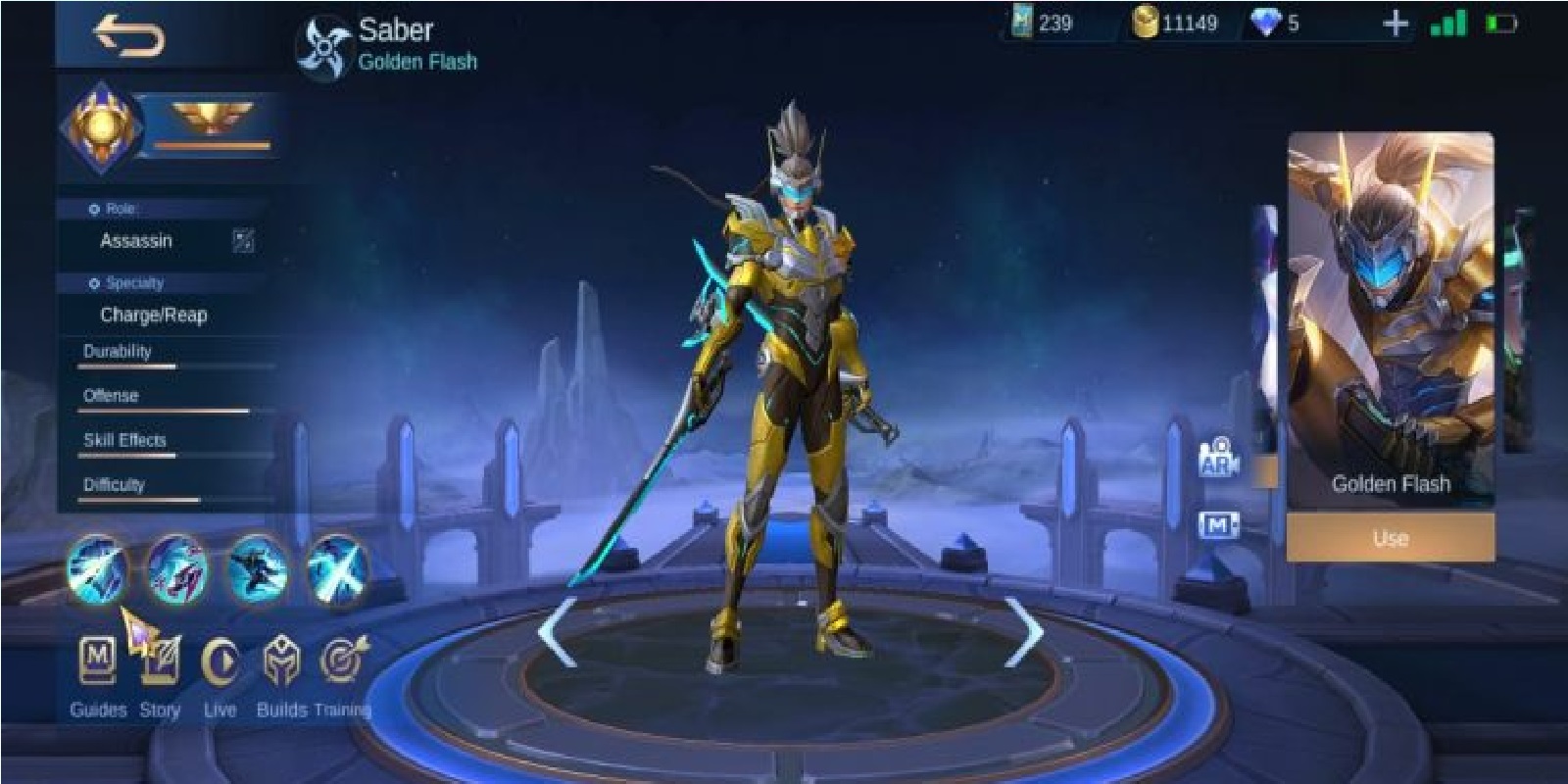 Golden Flash is the first skin released by Moonton for the Saber hero. This skin has a mecha look with a gold color which makes this skin so cool. Golden Flash is a normal skin that is given free by Moonton when you create a new account in Mobile Legends. 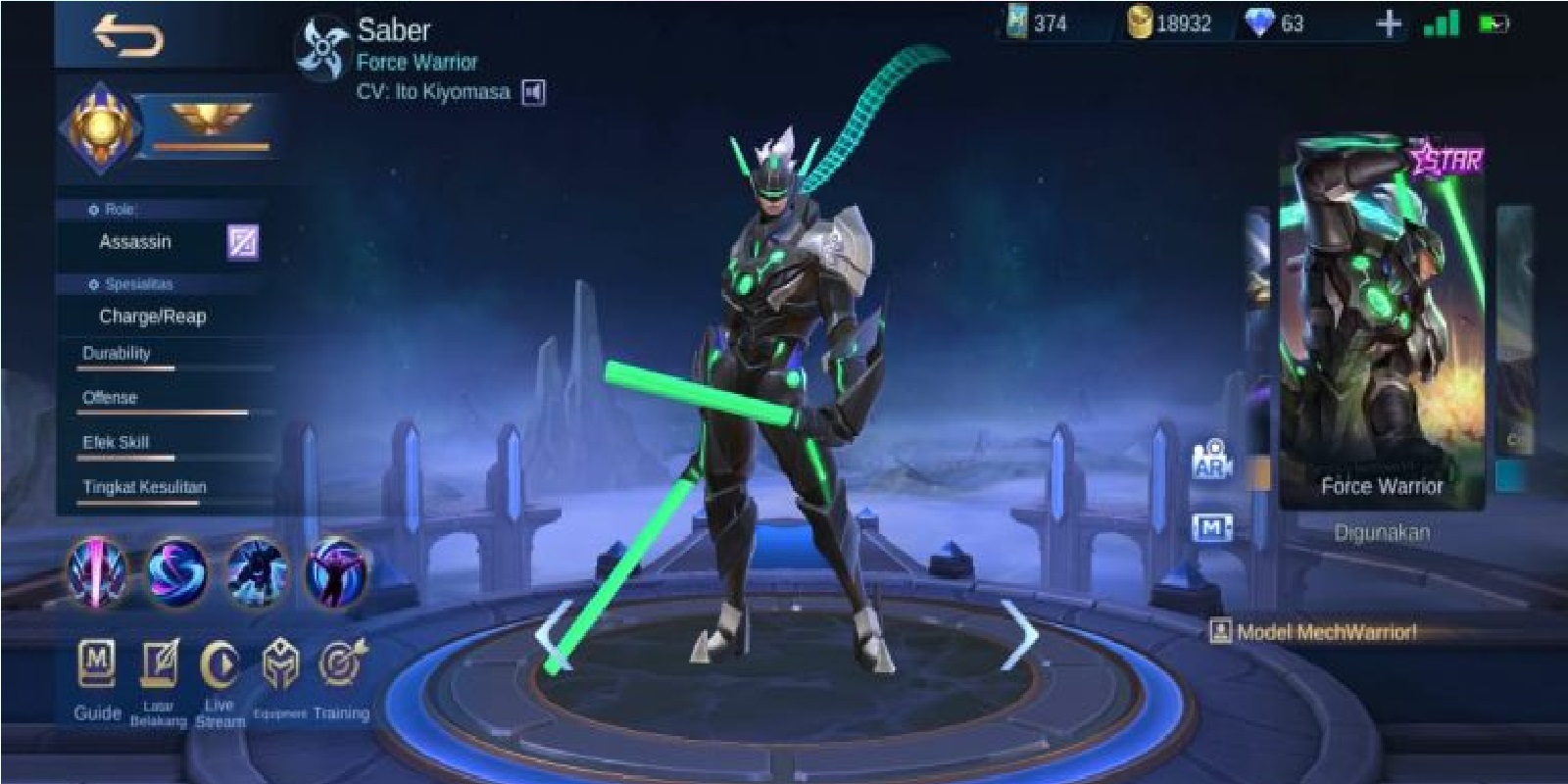 This skin has a very cool appearance with all blue light. Force Warrior is the first standard skin in Mobile Legends. This skin has got a revamp with even cooler appearance changes. 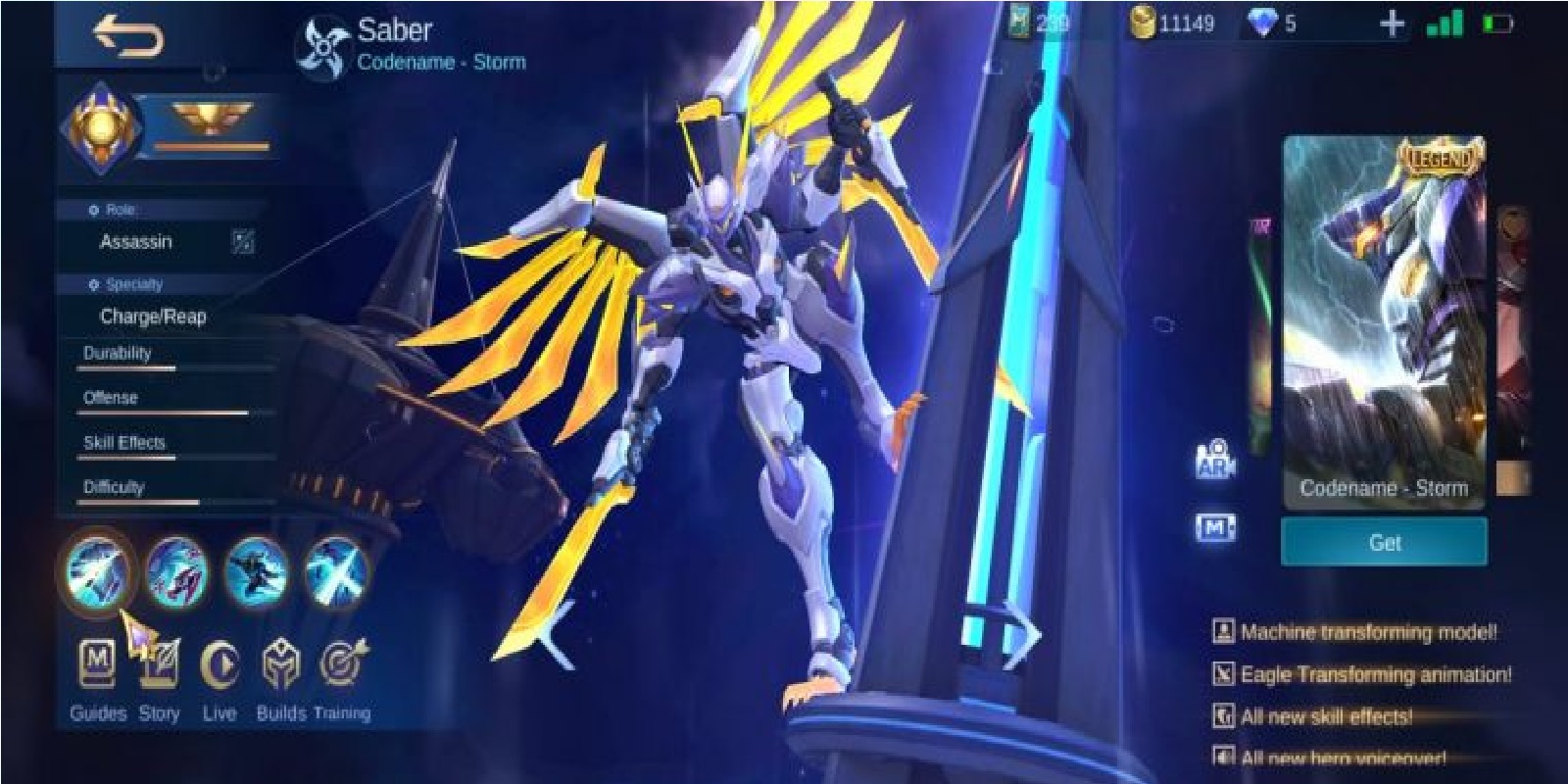 This is the first Legendary skin released by Moonton. This skin is specifically for the sultans of Mobile Legends gamers. It has a gundam robot appearance, the price itself is around 3 million IDR. 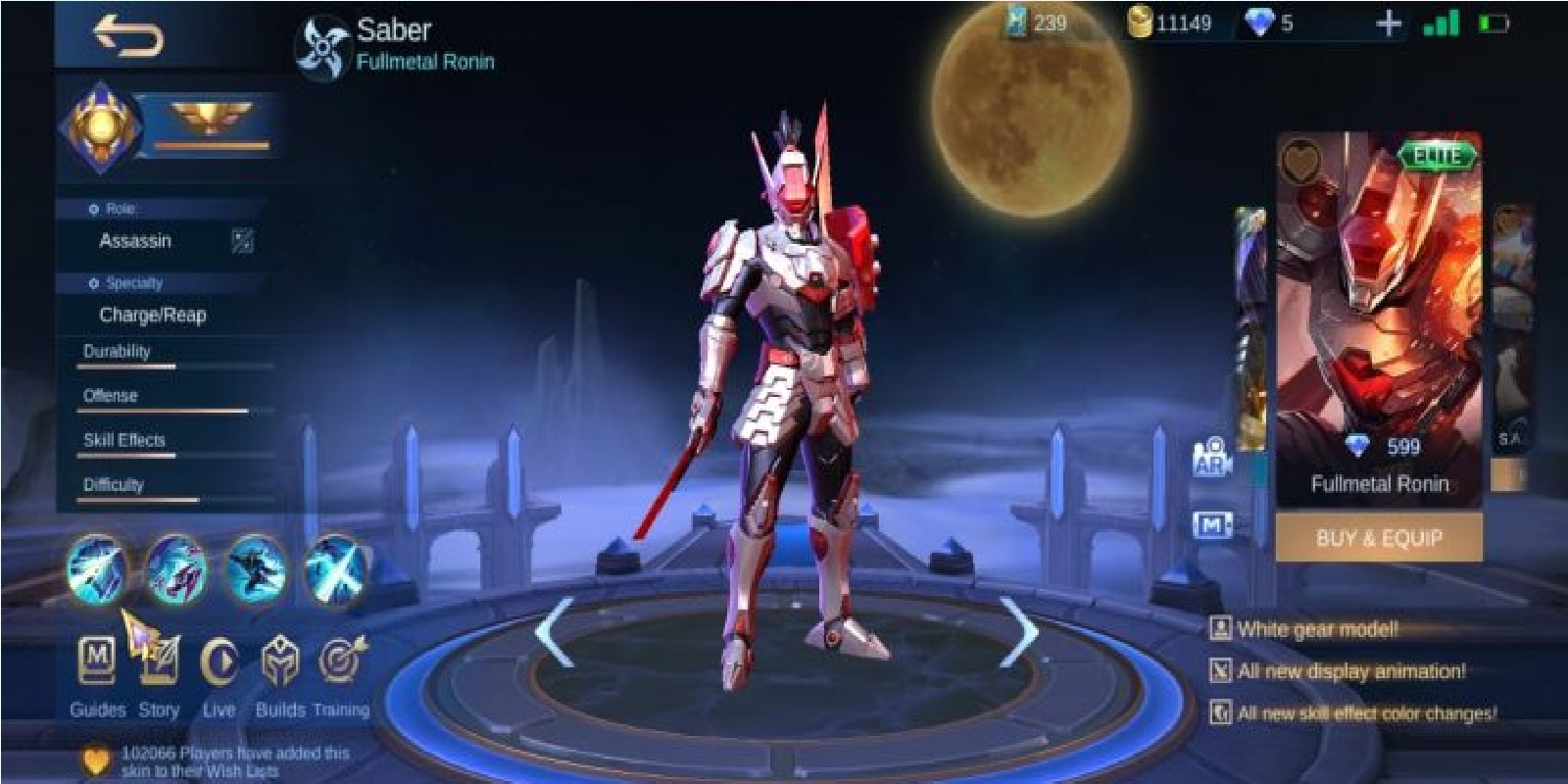 This skin has a Japanese theme. Adapted from a samurai. Fullmetal Ronin is included in the elite caste and you can get it for just 599 diamonds in Mobile Legends. 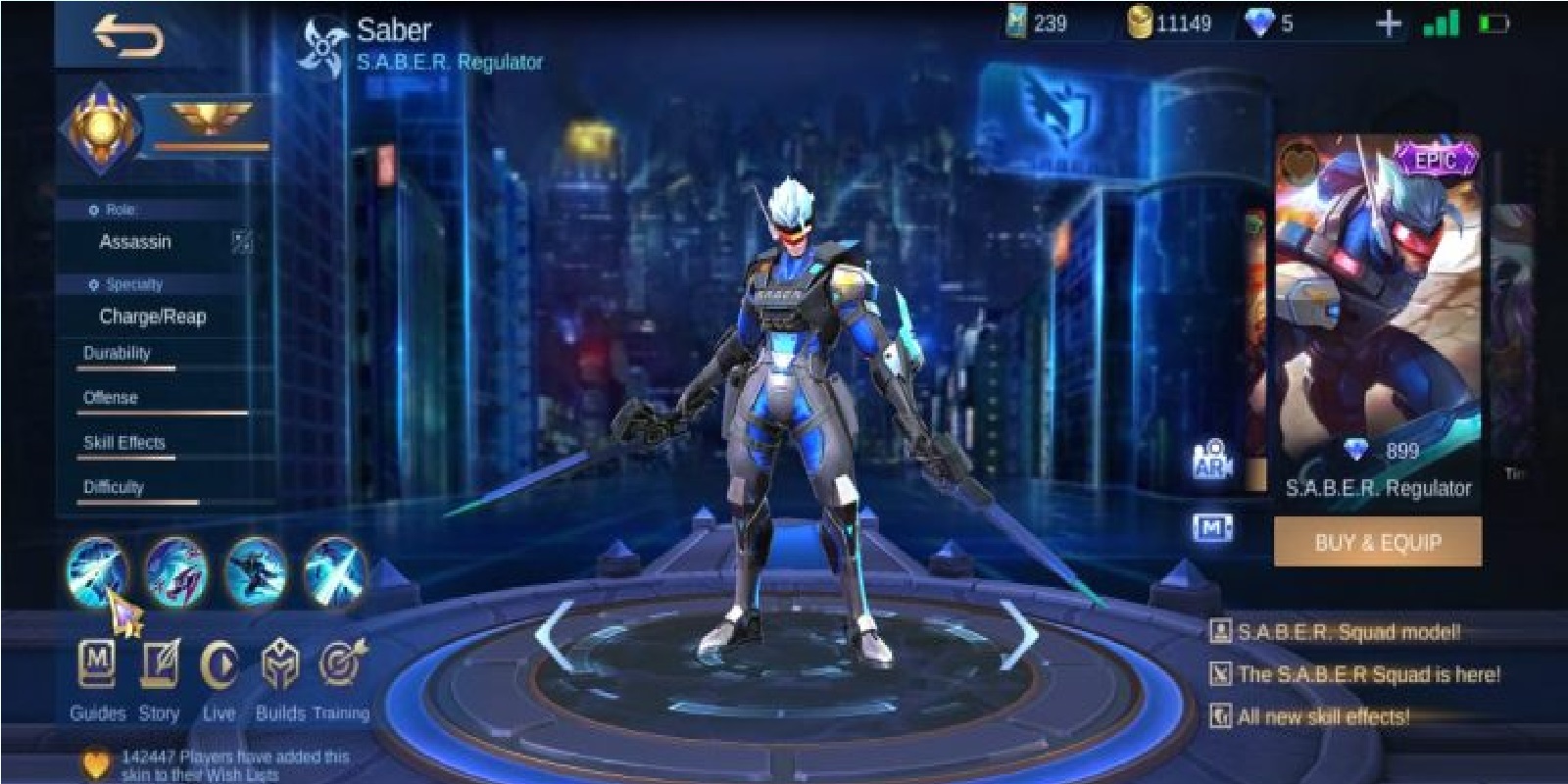 This skin is a skin for squad saber in Mobile Legends. It has a really cool look with a modern mecha theme. You can get this saber skin by buying it at the Shop for only 899 diamonds. 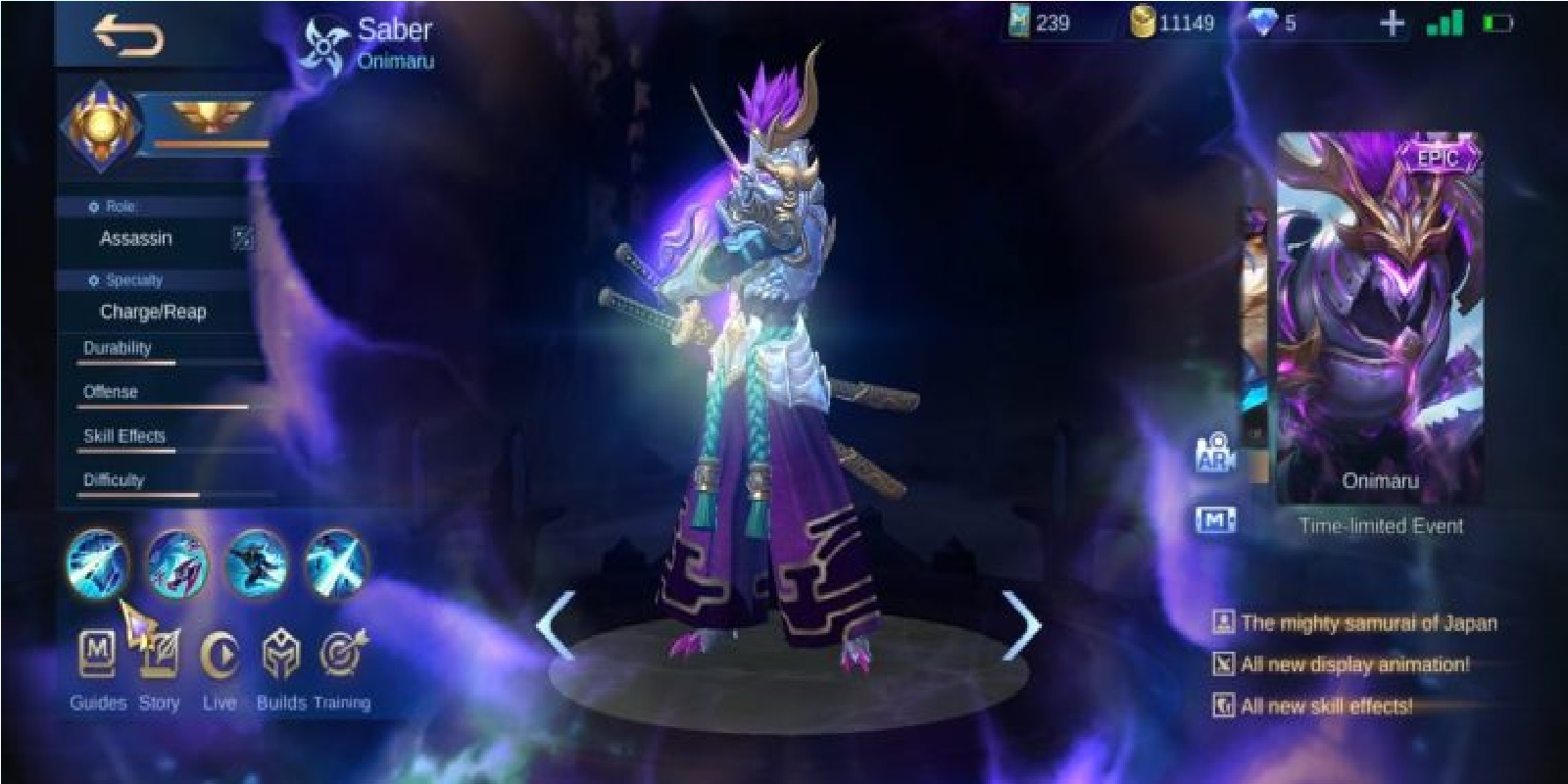 Is a limited skin that Saber has. Has a very distinctive look to Japanese culture. The name Onimari was lifted from the story of Japanese society and made him a very cool skin full of amazing armor.

That’s all the skins that Saber has in the Mobile Legends game. Hopefully the above reviews will be of particular use to Saber users who want cool skins in Mobile Legends.

Is It Cheat Always Impostor Among Us Works?