For that, especially for those of you who are Hanzo users, you also have to know what the background of this Hanzo hero is in Mobile Legends, and of course it is mandatory for you to know. 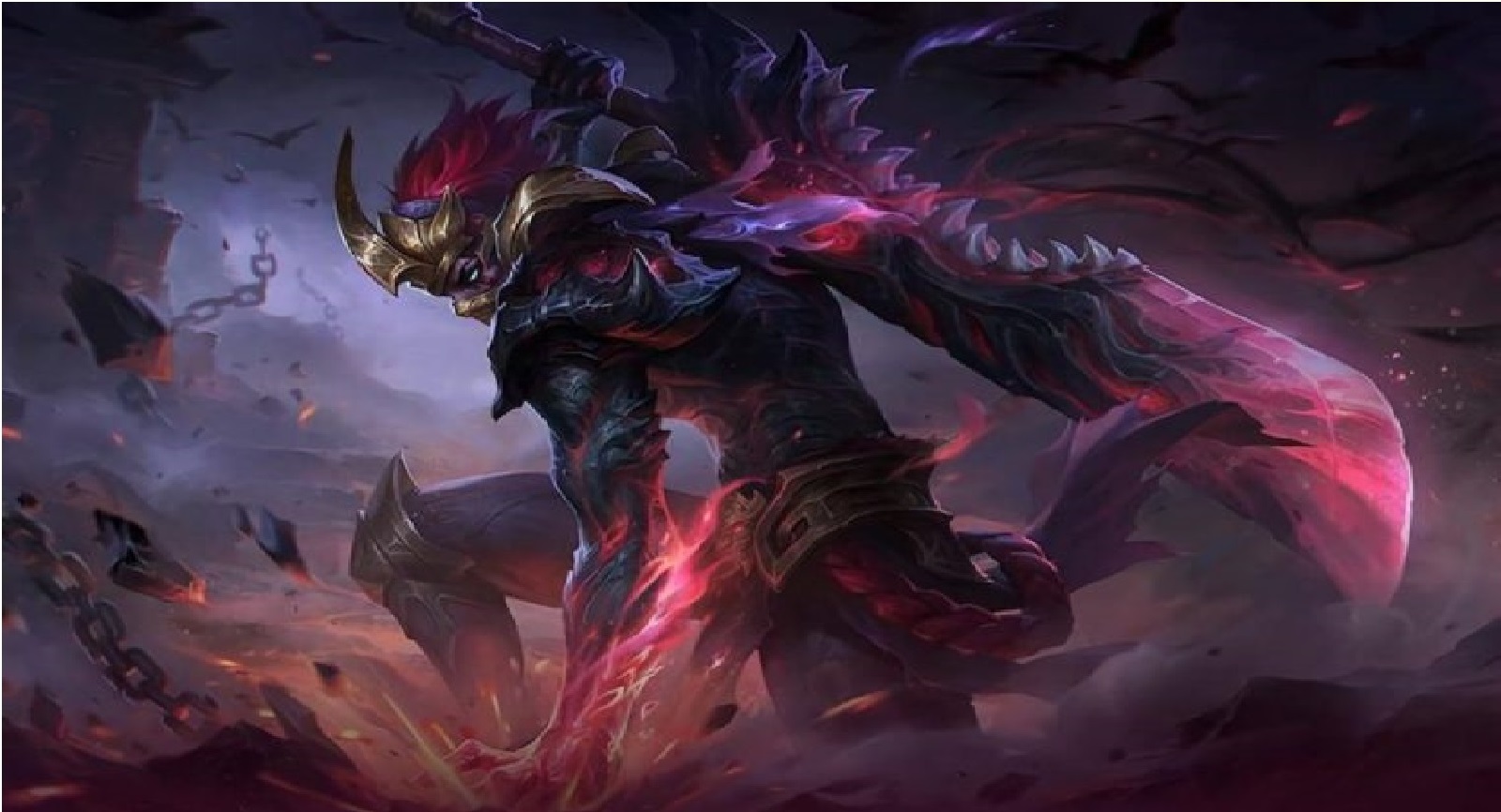 There is a ninja clan called the House of Akakage, this clan is very famous and dubbed the God of Ninja Art. All of his successors were taught high-class ninjutsu skills.

Every ninja uses forbidden ninjutsu to reach the highest pinnacle of Ninja Art. The ninja cleanse their souls of anger, greed and evil and turn them into demons commonly referred to as Hanekage.

Unfortunately, no one knows that Hanekage has a consciousness which is where he hides in the body of a Ninja.

One day when hundreds of demons came to attack the House of Akakage, there was a very great battle between the demons and the ninja, there was a great sacrifice from the Akakage with the Blood Shadow Ninjutsu.

In order to seal the Demon Akakage, they used divine power to create a sword called Ama no Habakiri.

By using this sword which is the ancestor of the Akakage, they managed to seal the game of the attacking demons.

After a few days later, there was a battle between them, in that battle, the ancestors of the Akakage died. Then the disciples were sad and decided to hide their swords Ame no Habakiri in a place hidden and difficult to reach by the Ninja Akakage.

On the other hand, a person named Izanami who is the Goddess of Death, has a cunning heart and secretly inserts some souls into an Akakage to revive the demon Hanakage.

After this incident the House of Akakage then became two factions, the first was the Crimson faction and the second was the Shadow. Then the Shadow faction gave birth to a very strong and great Ninja and was later named Hanzo.

With the ability of Hanzo who was trained from childhood and very talented, then Hanzo became the leader of the Shadow faction.

One day when the Shadow faction discovered that Hanzo secretly wanted to unite with the demon Hanakage, he then fed Hanekage using his opponent’s blood.

The Crimson and Shadow factions then band together to punish Hanzo for treason.

But unfortunately, Hanzo is too strong so that the Crimson Ninja and Shadow are very difficult against Hanzo and then lose and die.

Hanzo then gave the dead blood to Hanakage. Quickly, Hanekawa came back to life and regained her consciousness.

After the incident, then Hanekage and Hanzo began to work together, Hanakage then told the location of the sword Ame no Habakiri. After that he also got Sacred Ninjutsu which could be reached by Ninja Akakage.

Then Hanzo who was very bloodthirsty for strength headed to that location and managed to get the Legendary sword Ame no Habakiri and also the sacred Ninjutsu of his clan.

After the incident, the remaining ninja from the Akakage then tried to chase after Hanzo with the aim of killing him. But unfortunately the Ninjas had to be prepared with Hanzo who was alert and very strong thanks to the Holy Ninjutsu and also the legendary sword Ame no Habakiri in his hand.

Quickly and using extraordinary strength, then Hanzo was able to kill all members of the Ninja clan who attacked alone, leaving only one alone.

The remaining ninja is an Akakage noble ninja who has been seriously injured, the ninja then sees Hanzo who has fled from his place in the House of Akakage.

Then Hanzo fled from day to night, Hanzo as much as possible to heal the wounds obtained during the battle against the Ninjas of his clan.

After a long time on the run, Hanzo then recovered and he trained hard in order to master the two weapons he had previously obtained with the aim of reaching the pinnacle of Ninja Art’s power.

But after a long time of training, Hanzo failed to master it, he was then offered the demon Hanakage that was in his body to make a deal.

This agreement will help Hanzo to reach the pinnacle of Ninjutsu Ninja Art on one condition that Hanzo can provide food in the form of more blood to the demon Hanakage.

After making the deal, Hanzo then committed even more bloodshed and traveled for slaughter in the Land of Dawn.

So what do you think about the story of this Hanzo hero, different from other heroes who look strong and good, but Hanzo has a tragic, cruel story and is a Villain in Mobile Legends.

That’s all about the story of Hanzo’s hero in Mobile Legends. Hope you like it and be useful for those of you who are Mobile Legends gamers. See you! Keep practicing, play wisely and don’t become a toxic player!