Esportsku this time will provide a special Yve Mobile Legends story for those of you who are curious about this lore hero. Well, see the full story about Yve's hero in Mobile Legends below.

Yve is one of the mage heroes that is quite unique, he has a floating body and enormous strength and can even have the power to manipulate the world. Yve’s ability is written in his story in Mobile Legends. 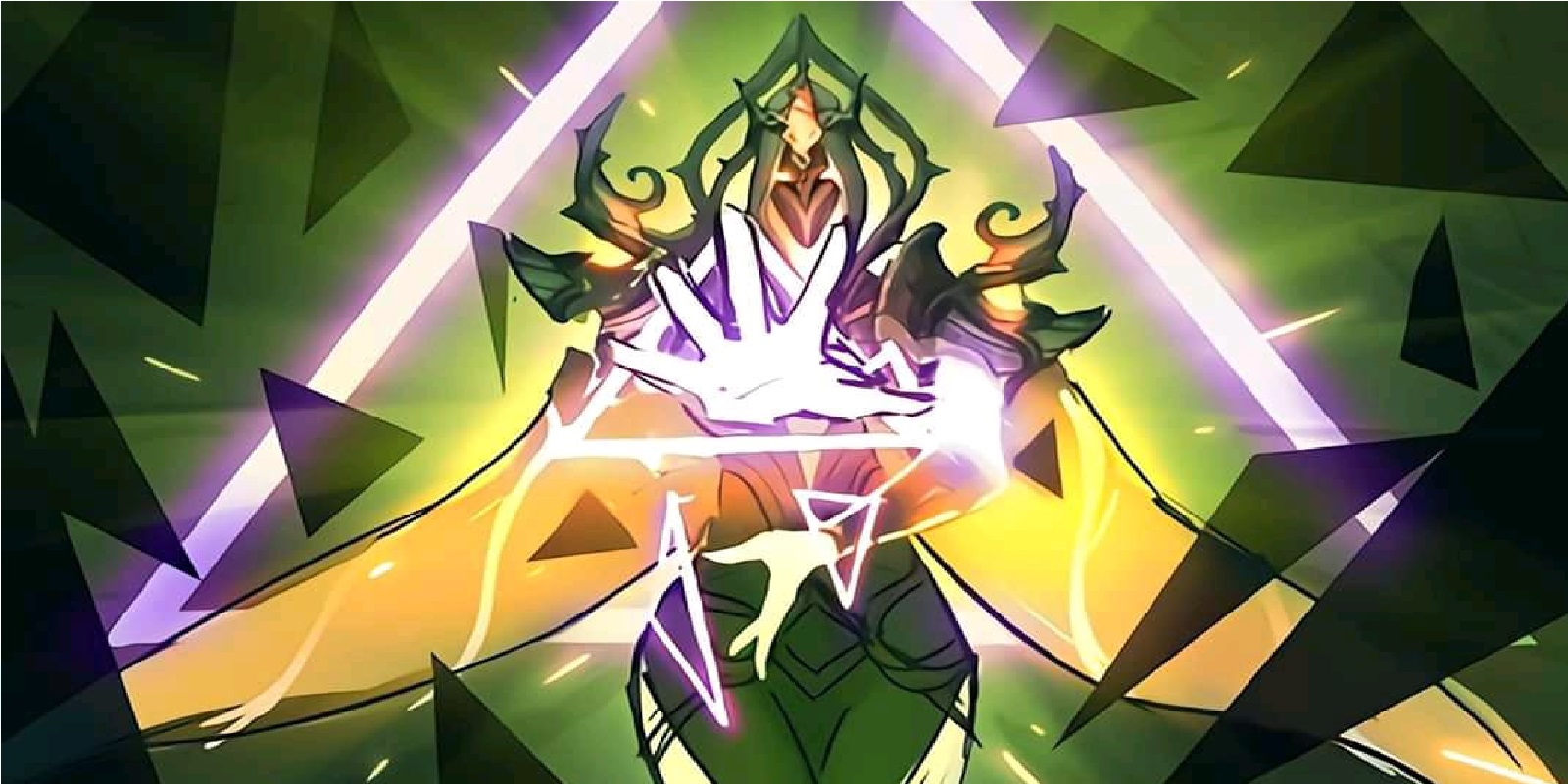 Yve was first discovered by Aurora, this is the first time a mysterious creature has come to the Land of Dawn. Suddenly a huge energy came from the time gap. Aurora then thought of Zhask who had returned and and finally the opportunity to take revenge.

But unfortunately, he saw a creature that was stronger. Yve descended from the Frozen Ocean sky. He considered everything and everyone below was watching who was only interested in finding Zhask. His instincts told him that his old enemy had reappeared.

Yve then looked at Aurora then turned and then left again. When Aurora was doubting whether she was going to chase after him, Yve instantly released an explosion full of tremendous energy. The explosion closed the gap in time for a while.

This time the crack was torn apart by Yve who was a being that had existed for thousands of years when the Ancient One caused a huge explosion using the Twilight Orb.

No one could approach him, and no one even knew where he was headed. But Aurora keeps an eye on him at all times and waits to take revenge on Zhask who is his mortal enemy.

Aurora understood the immense power of energy required to close the gap again. It was this reason that made him feel a bad feeling about the return of Zhask as well as Tobias.

Yve has origins from Mithlora, which is a mysterious place in the galaxy. The population there is very small, but it has tremendous power. They are also the sworn enemies of the Swarm who are the most powerful hunters in the universe.

Yve’s race had to deal with the Swarm wherever it appeared. Fights between peacocks always end in destruction and imbalance.

Yve and Zhask were just like the hell race and were natural enemies. With enormous power, of course, has a great responsibility.

As the most powerful dominator among thousands of Swarms, Zhask leads his Swarms to attack and breed as much as possible. Thus it spreads throughout the galaxy. And only killing Zhask alone, then Yve can prove the power and recognition of his people.

5 Hero Mage In Mobile Legends That Can Be Offlaner

Yve and Zhask were destined to be enemies from time immemorial. As far as he could remember. Yve had known this for a long time, and defeating Zhask was his mission. He was very confident in the power he had.

With his strength he relies on to eliminate various threats to his plane. But frustration arose when he met Zhas. Even the overwhelming strength he possessed was not enough to defeat him.

Yve has used many opportunities in these various universes, but even so, Zhask is still a very powerful figure, Yve hasn’t even managed to eliminate Zhask’s allies.

The story continues until the teaching of Zhask. Zhask who is a cunning monster keeps jumping from one planet to another. The creatures in every swarmed player were unable to defeat Zhask.

So that the Swarms can continue to multiply rapidly and destroy the houses of the planet one by one.

Every time Yve managed to get into the planet that had been destroyed. His sense of responsibility as Mithloran and his doubts made the equations in his heart very chaotic.

This is what makes it very difficult for Zhask to destroy the Land of Dawn to launch his plans for a while.

The hunters of Mithlora will not let anyone destroy the harmony in the universe that continues to run rampant. Until finally Yve invited Zhask for a one-on-one Duel in the Land of Dawn.

Yve firmly believed that the Land of Dawn was the final place between his battle with his endless arch-enemy in the Land of Dawn. At the same time Yve can complete the mission he has been carrying since long ago.

So that’s all about lore or the story of Yve Mobile Legends. Not unexpectedly that Zhask is Yve’s mortal enemy. Until the end of the story, Yve continued to chase Zhask and defeat him until they finally arrived at the Land of Dawn.