But it's really surprising to see Valir and Vale get Valentine's Mobile Legends Couple Skins, because this makes a lot of people even more confused. Because Couple Valentine is not for the newest male and female characters, but instead it's like this.

Mobile Legends released a variety of the latest updates which are very cool and you should try it right now. As well as the emergence of Valir and Vale Get Valentine’s Mobile Legends Couple Skin. to be quite surprising why this could happen. Because we ourselves certainly know that the Skin Couple is indeed synonymous with Girls and Boys. But it’s really surprising to see Valir and Vale get Valentine’s Mobile Legends Couple Skins, because this makes a lot of people even more confused. Because Couple Valentine is not for the newest male and female characters, but instead it’s like this.

There are so many updates that keep appearing into the Mobile Legends game, make sure you don’t miss all of them now. Because the event itself is quite diverse, and you definitely don’t want to miss it so we can play it right away.

A recent survey that said Valir and Vale’s Valentine Skin Couple Survey, became one of the things that was quite surprising. Especially for all Mobile Legends players from Indonesia, because they also did not expect this to happen and will appear next year. 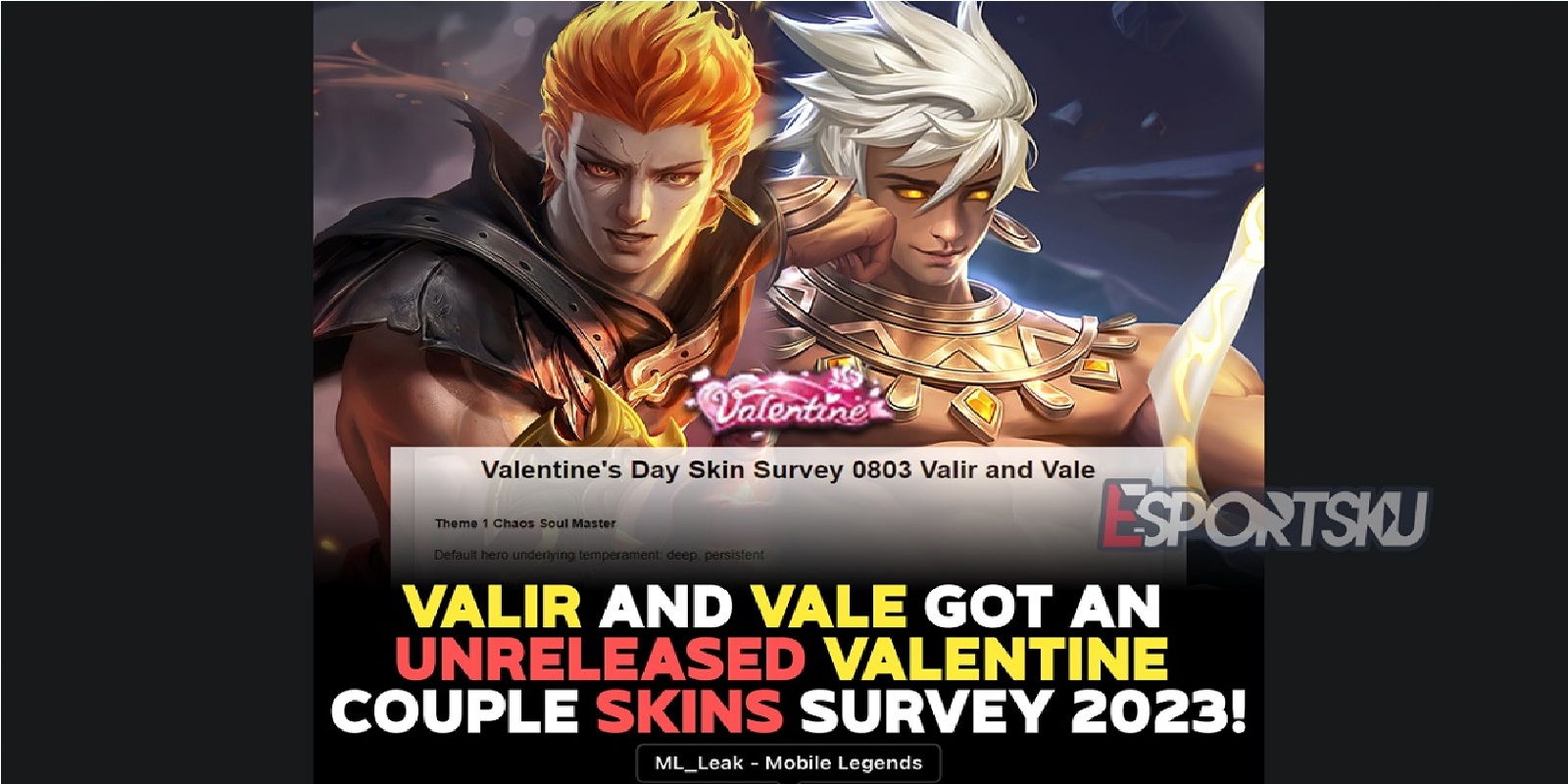 Even from an ML Leak Fanspage itself, it says that Valir and Vale Skin Couple Valentine is a survey or not yet released. This means that there is a possibility that it will come into the game, making it one of the things that are less comfortable for players in Indonesia.

Because the love relationship depicted by the Skin Couple they both don’t fit, even becomes something that doesn’t really fit. However, this survey does exist, but it may not be possible to release it or get a rejection too.

Moonton Joking to release a skin like this? yes, it’s better to just Skin Couple Valentine 2023 Fanny and Claude who will come. It’s more suitable and already has 4 types of surveys, it’s better for us to see the love story of Claude and Fanny which is depicted from the latest Skin Couple.

One more thing, the appearance of Valir and Vale Get Valentine’s Skin Couple in Mobile Legends really makes us say ML is joking. However, because the type is Survey and not yet released, hopefully it will be canceled and not released because it can make Indonesian players disappointed. Keep practicing, play wisely and don’t become a toxic player!