Because actually this is also a nickname that is quite crowded. If you don't know, you will definitely be confused if someone suddenly mentions the name of the Emblem.

Mobile Legends has released a lot of the latest updates which are very cool for us to see and try. Then find out what is the Sawi Emblem in Mobile Legends (ML)? it turns out this is one of the nicknames that is quite popular in the game. Because from the name itself, the Sawi Emblem is indeed quite a lot of people call it like that. Because actually this is also a nickname that is quite crowded. If you don’t know, you will definitely be confused if someone suddenly mentions the name of the Emblem.

There have been a lot of new things that have appeared in this game, making the players curious too. Because Esportsku tried Mobile Legends, it has a lot of good things that are now easy because the missions and prizes are pretty cool for you to try. 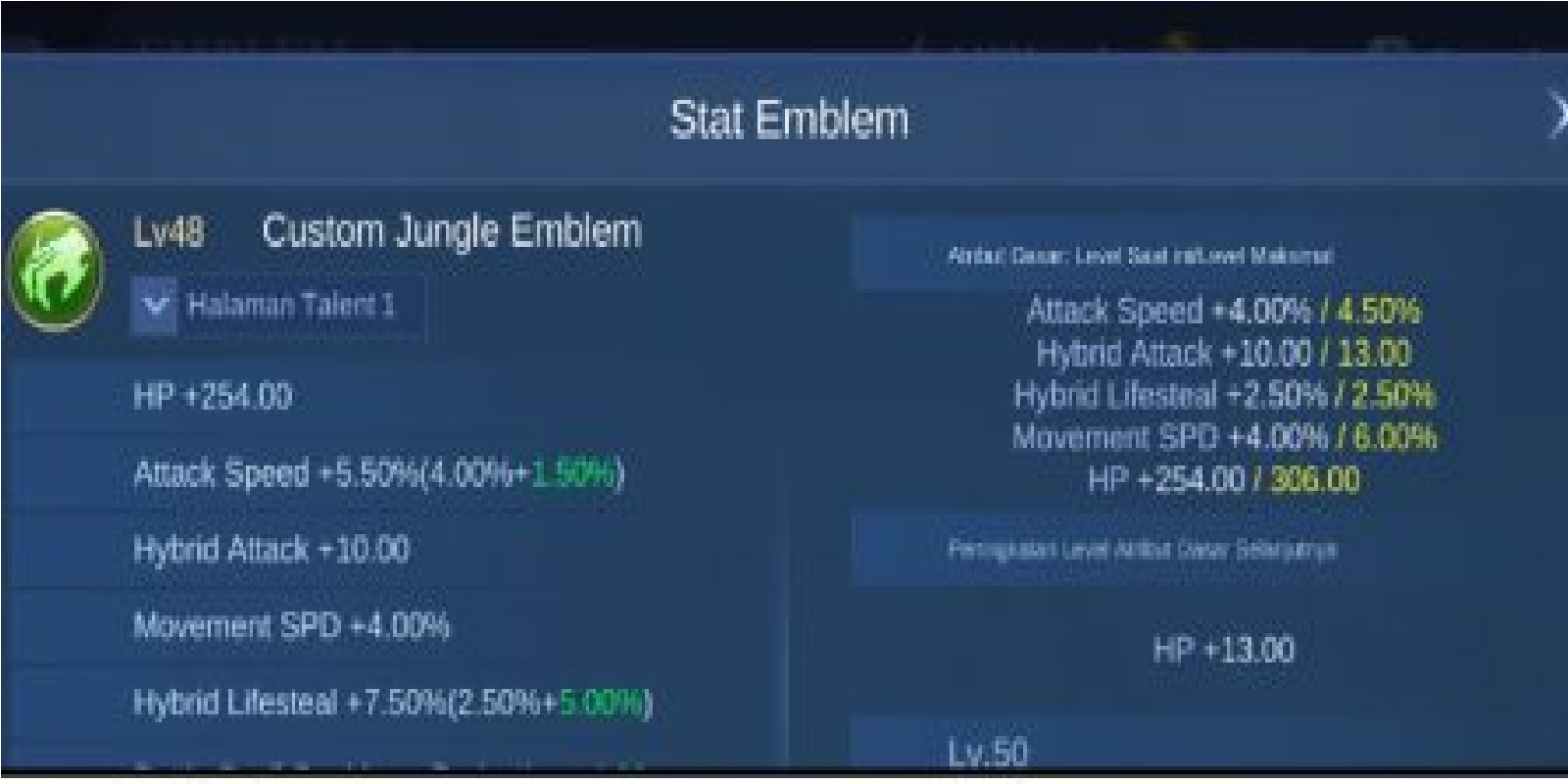 From what Esportsku looks at, it turns out that the Sawi Emblem is the nickname that emerged for the Jungle Emblem. The nickname of this Emblem is indeed curious, if indeed you have never checked the Mobile Legends Community, you may rarely hear things like that.

Now, because this Sawi Emblem has an interesting nickname, we have to know what the Emblem actually looks like. The position is very fitting and quite helpful in battle, if you are a Hyper maybe you will have a chance at Leveling faster.

The Sawi Emblem itself used to be quite rarely used, but because of the Jungle Emblem Buff, it’s finally quite popular. Many use this Emblem because the additional Passive is pretty good, especially if you want to have fast leveling when competing.

That’s why the Hyper that we use is indeed quite strong, because the Mustard Emblem like this is very strong when competing. Then if you really want to know, the Sawi Emblem itself is often used in the Tournament because their Hyper will take the Objective in the game. 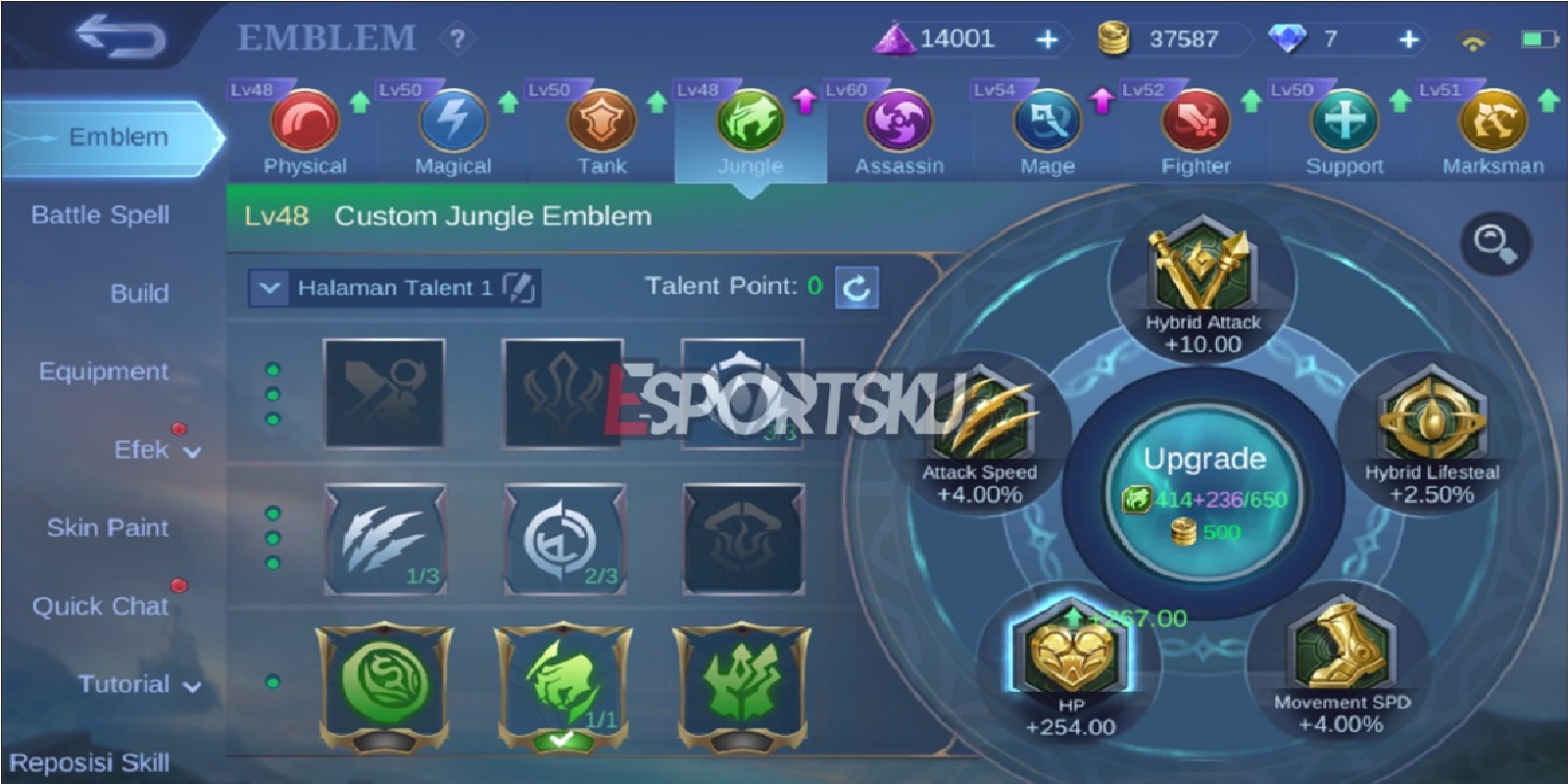 But after the appearance of Rise of Necrokeep, the Sawi Emblem is not really useful for the July 2022 patch and maybe later. Because indeed with the new Nerf that eliminates the Damage Retribution effect on the Turtle or Lord that no longer exists.

However, for the Sawi Emblem like that, it’s possible to receive another Buff with the same thing as this. So, if you use the Emblem, we can use it very well when you are competing later.

Especially for some of the Best Hyper Heroes in Mobile Legends, so that later they can have much stronger powers. So that a good Emblem like this will make the Hero even stronger when facing enemies as Hyper.

That’s why the term knows what the Sawi Emblem actually looks like, because many people confuse it when you use it. The thing is that the Sawi Jungle Emblem that we are getting is very interesting, so you won’t be confused if you are told to use it.

After knowing What is the Sawi Emblem in Mobile Legends (ML)? you can get to know more about the interesting Emblem name. Then maybe other Emblems still have various other very cool names for us to know so we don’t miss the update. Keep practicing, play wisely and don’t become a toxic player!