When will Hero Yin be released on the Original Server Mobile Legends (ML)?

One of the important parts that you should know by now. Because by looking at the release time of this Hero, we will be prepared and want to try it immediately later.

Mobile Legends has released a lot of good events and skins for us to see. Even to find out when will Hero Yin be released on the Original Server Mobile Legends (ML)? it is an important time for all of you, so that later you don’t miss this new Hero. The great power of Yin, surely its appearance on the Original Server will be more exciting. One of the important parts that you should know by now. Because by looking at the release time of this Hero, we will be prepared and want to try it immediately later.

Of course, all the updates that have appeared now we really have to see, so as not to miss what will be released soon. There are more new heroes and interesting skins, you definitely won’t want to miss this in the upcoming Mobile Legends game.

Knowing about the Mobile Legends Skin Collector Order that has appeared now, you might be interested in it. Let’s just wait for everything now, so that later we can start getting a lot of good information in this game. 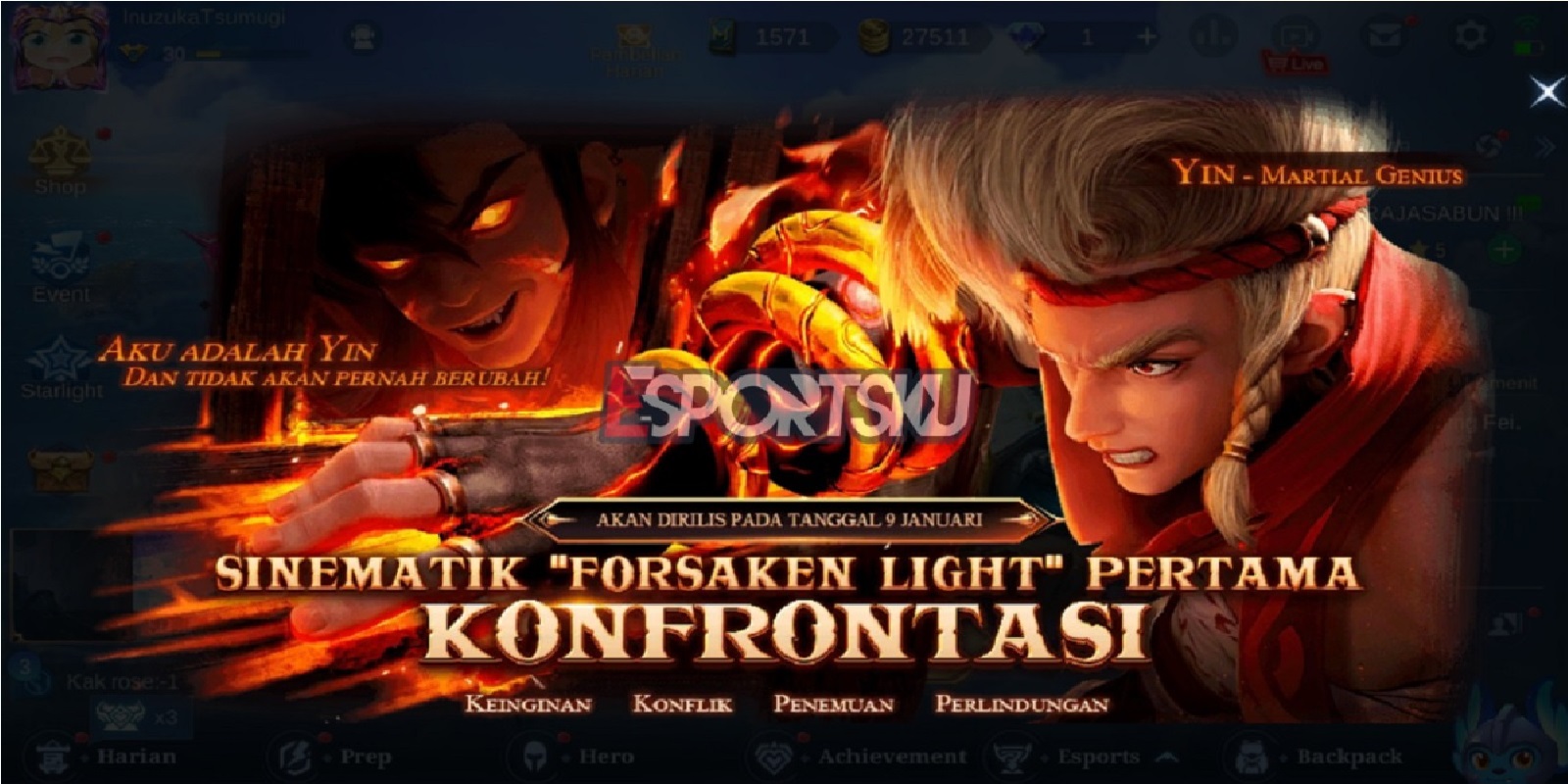 Indeed, being a new Hero who is so cool and strong, as a Fighter, it turns out that Yin is showing such great strength. This hero will appear soon, you mean you really have to be ready to try it, learn and install the right build for its strength later.

Yin is a Hero who can kidnap an enemy well, because with his Ultimate he can confine the target in a very narrow Ring Dimension. Of course with Yin’s own power, it will definitely make you invincible in Duel safely.

If Yin has cast the Skill, then there will be 2 Heroes who will disappear in the near future while the Duel is still in progress. This great power will help you get better, so no one wants to miss all of that when you compete later.

However, Esportsku gives you a note, a change in the release date could be something that might happen. Considering the incident that Hero Phylax had delayed its release, it means that there is still a possibility for Hero Yin right now.

Fighters who are agile and won’t be caught easily, will indeed make this Hero stronger than before. So make sure you understand the mechanism first, before you can defeat the attack and the deadly power of Yin.

On the release date, January 9, 2022, there will be many who will use Hero Yin for them to use in the upcoming Classic or Ranked. If you like it, just prepare Bp from now on so you can get it.

After knowing when will Hero Yin be released on the Original Server Mobile Legends (ML)? You will definitely not feel confused anymore with this. Make sure not to miss anything from that section, so you can use it when you compete later. Keep practicing, play wisely and don’t become a toxic player!

How to Get M4 Valorous Spirit Token in Mobile Legends (ML)