Finally, PUBG Moblie presents the fourth X-Suit with a winter theme, namely the Avalanche X-Suit which is available as of today, Friday (12/24/2021).

Finally, PUBG Moblie presents the fourth X-Suit with a winter theme, namely the Avalanche X-Suit which is available as of today, Friday (12/24/2021). Third, X-Suit Poseidon with the theme of the God of the Sea from Ancient Greek mythology. Fourth, X-Suit Avalanche which has just arrived in the PUBG Mobile game today.

PUBG Mobile is a shooter game with the battle royale genre. The advantage of this game is the realistic gameplay. Even so, as a popular game, PUBG Mobile also provides skins.

Among the skins in this game, X-Suit is the highest suit caste or outfit set in this game. The X-Suit features complex suits with great detail.

So far PUBG Mobile has had four X-Suits. First, X-Suit Pharaoh has the theme of Pharaoh, the king of Ancient Egyptian civilization. Second, the X-Suit Blood Raven has the theme of a deadly crow. 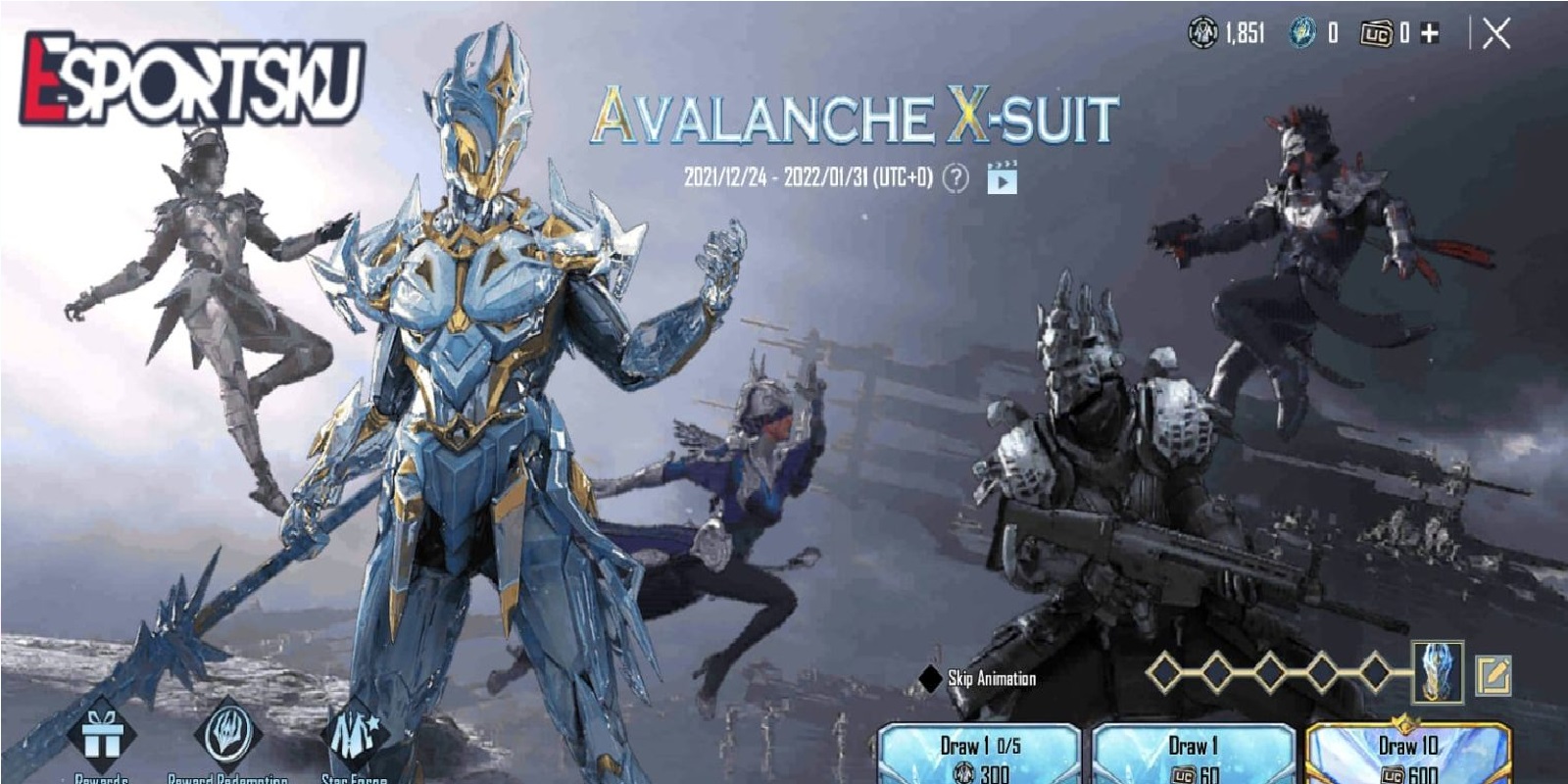 Friday (24/12) PUBG Mobile presented their fourth X-Suit, the Avalanche X-Suit. This X-Suit arrives at the winter celebrations at the end of 2021 with the theme of a winter knight as well.

Avalanche X-Suit arrives in PUBG Mobile on December 24, 2021 and is available on Lucky Spin offer until January 31, 2022. A long period to be able to get this latest X-Suit.

Naturally, if the period reaches more than a month. The reason is to be able to get an X-Suit this winter requires no small amount of sacrifice. Mainly will drain the player’s UC.

But interestingly this event gives players the opportunity to try the first 5 draws using silver. For one draw using silver, players only need to spend 300 silver. 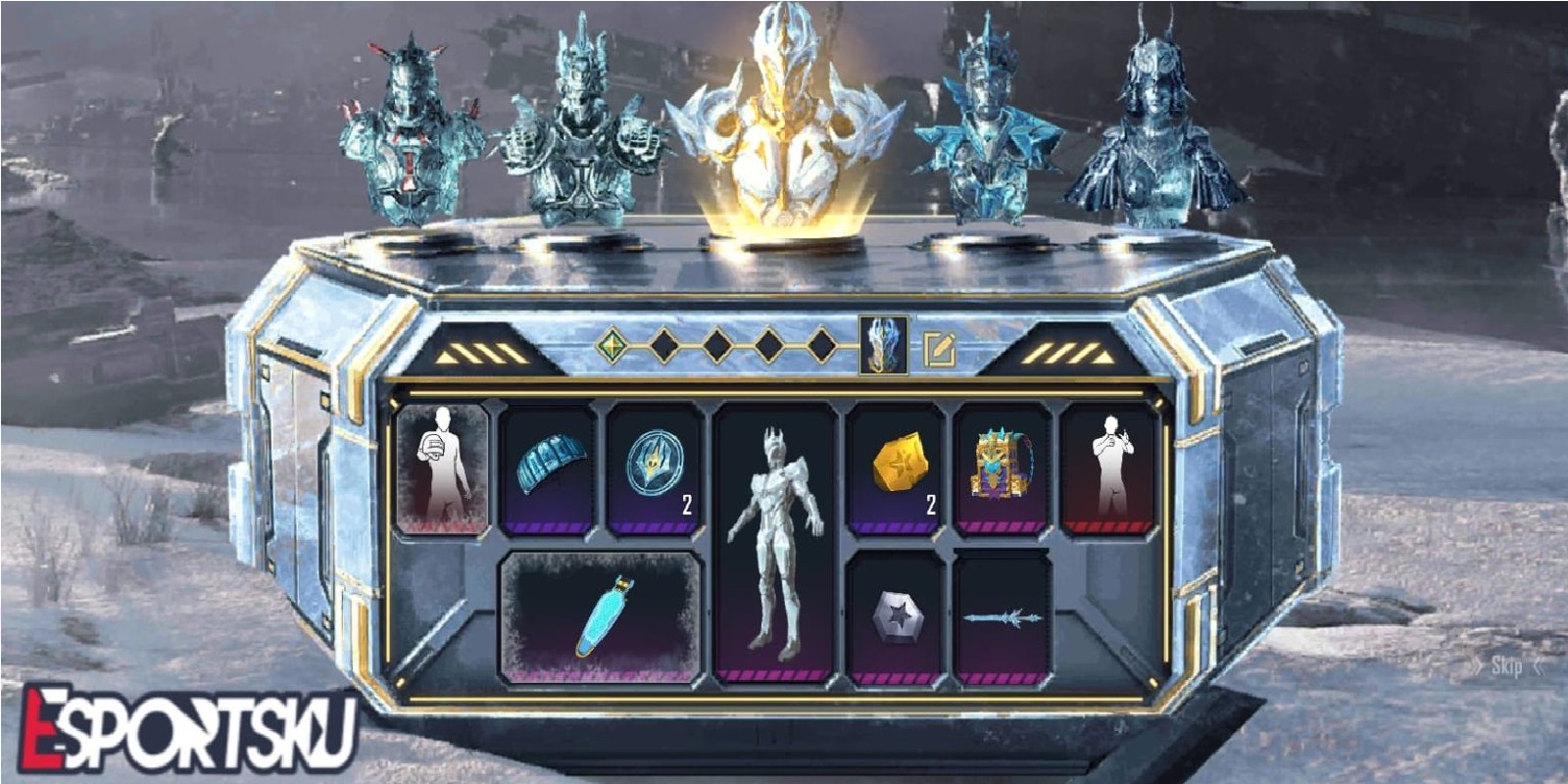 For each draw, players will get random prizes with the gacha system in effect as well as Gain Luck. By collecting 5 times Gain Luck, the player can choose the rewards he wants to get in the next draw.

So it’s best to take advantage of the 5-time draw trial using this silver first to fulfill 5 Gain Luck in this event.

Next, the player can continue to draw one time by paying 60 UC. Meanwhile, for 10 draws at once, players can spend 600 UC.

This Avalanche X-Suit has 6 star levels where each level will have a new feature that will be unlocked. Such as changing the appearance of the special X-Suit this winter and its exclusive features. 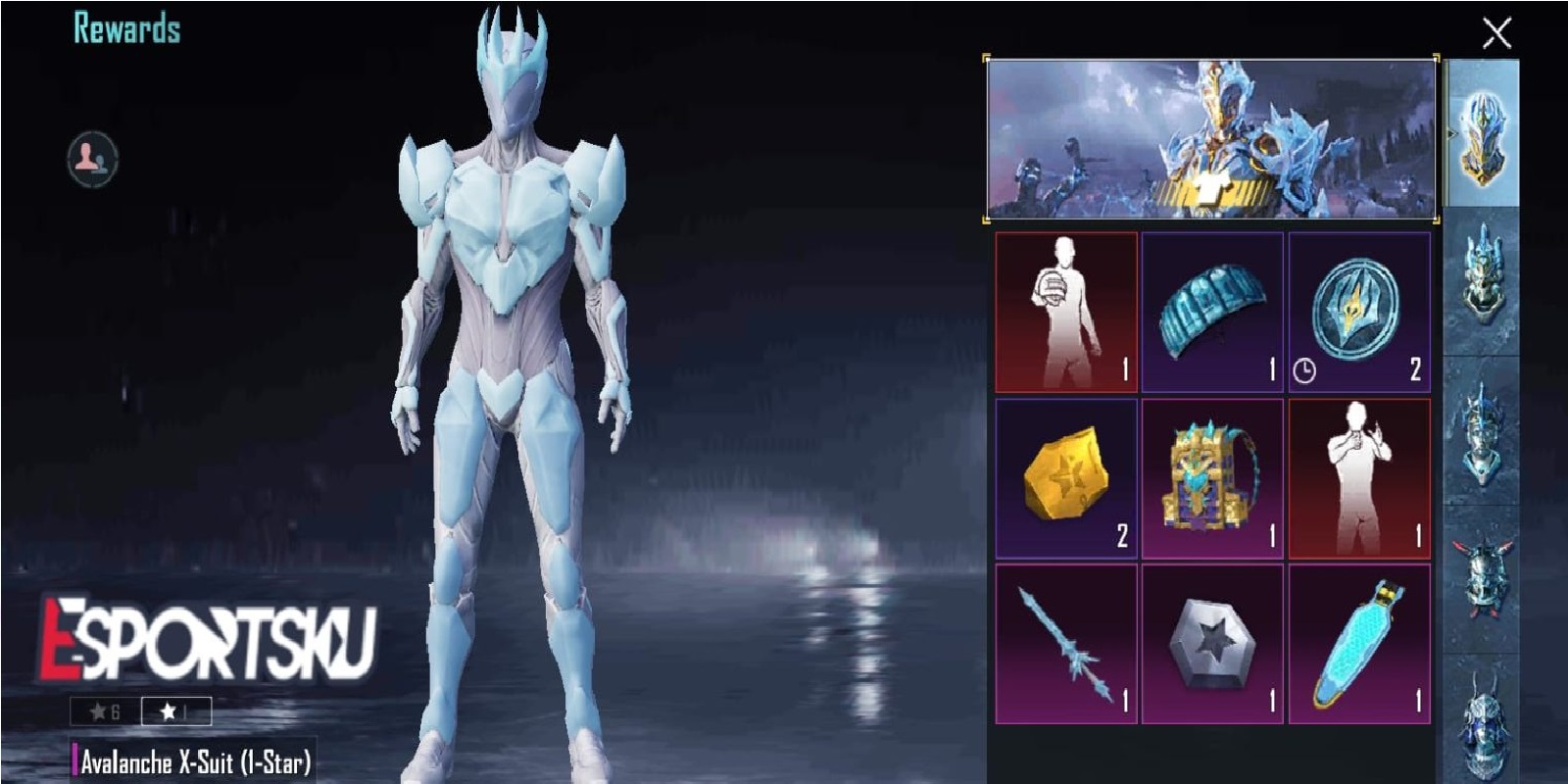 At level 1-Star there will be an Avalanche X-Suit with a basic look. The plain appearance of the winter X-Suit only features armor with a monotone color, which is blue like ice.

You can only get the 1-Star level of the X-Suit by drawing on the Lucky Spin event offer. So you have to be really patient and prepare a lot of UC savings to be able to get the basic look of this fourth PUBG Mobile X-Suit.

Then at the 2-Star level, you will get the Teammate Interaction feature. This feature includes the Share Item feature to your teammates and an Exclusive Lobby with the emote from the X-Suit.

Now to be able to get this 2-Star, you just need to upgrade the X-Suit level 1 that you got earlier. Upgrades are done by exchanging 3 Starforge Stone items and 100 Star Fragments.

You can get these two items in the draw from this winter-themed X-Suit offer. So while aiming for the 1-Star level of this X-Suit, you can collect both items to be able to upgrade.

At 3-Star level you will get an advanced view of the Avalanche X-Suit. The appearance has now become more complex on the armor side but still has a monotonous icy blue color.

To upgrade to 3-Star level, you must exchange 5 Starforge Stone items and 160 Star Fragments.

Then at the 4-Star level you will get an exclusive feature in the form of Victory Broadcast. To upgrade to this 4-Star level, you must exchange 7 Starforge Stone items and 230 Star Fragments.

Continue to the 5-Star level, at this level you will get the Shock and Awe feature which contains the exclusive Entry Emote from this snow-themed X-Suit and also the exclusive Spawn Island. It takes 9 Starforge Stone items and 310 Star Fragments to be able to upgrade to this fifth level. 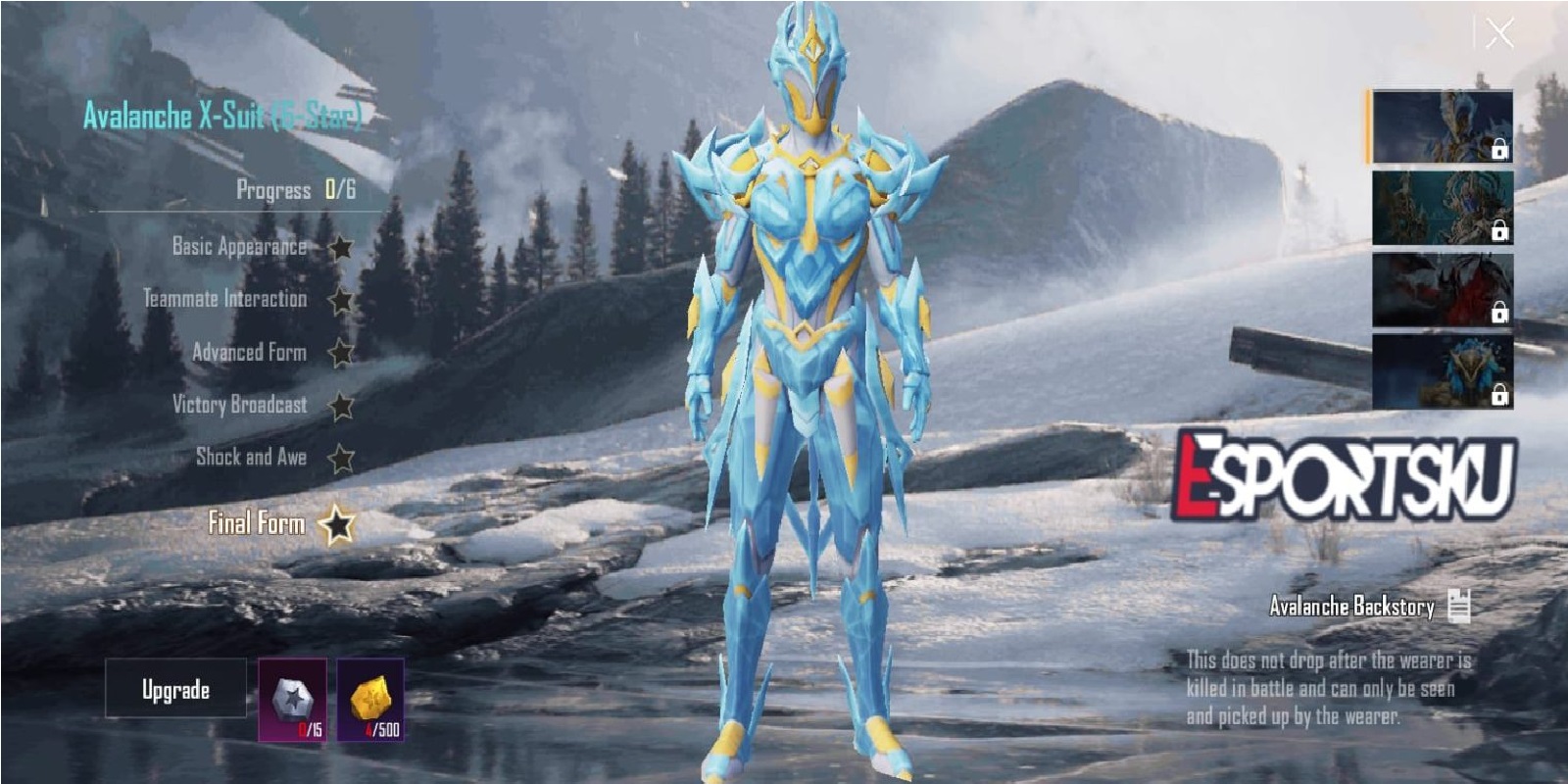 Level 6-Star is the last level of the Avalanche X-Suit. It is at this level that you can get the final form of the X-Suit this winter.

As for the looks themselves, the Avalance X-Suit has a much more complex armor than the previous two looks. Not only that, the final appearance of the snow X-Suit is also equipped with gold on some sides of the armor robe.

In addition, on the head there is a crown on the mask. The combination of armor and color makes the appearance of this latest X-Suit look elegant.

To make it even more interesting, you can equip the X-Suit by using the Frost Graze Crowbar skin which is the sword. As well as the Arctic Hoverboard. You can also get these two cosmetic items in this special X-Suit Lucky Spin offer. 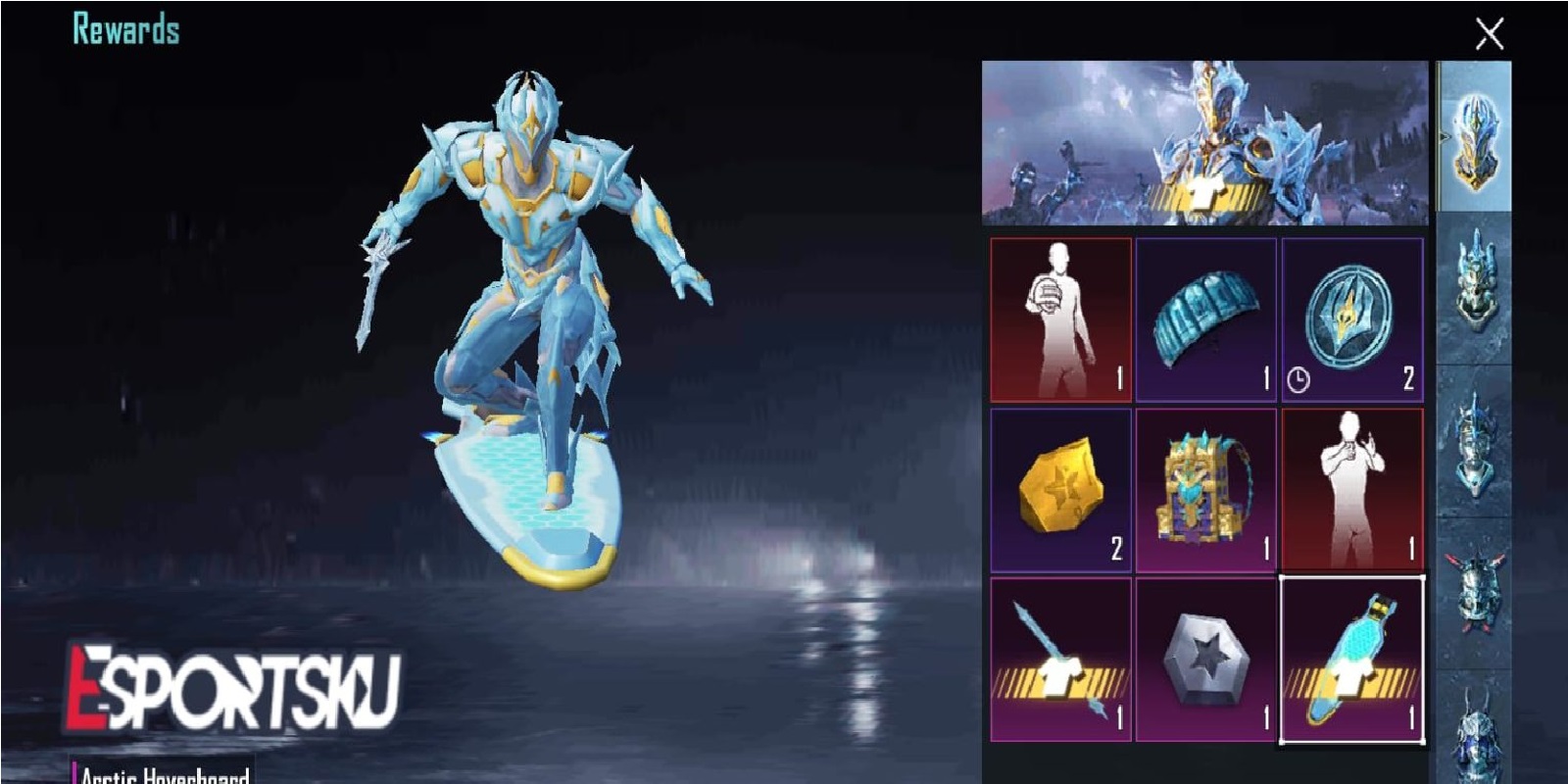 Now to upgrade to the final level to get the final form of this Avalanche X-Suit, you have to exchange 15 Starforge Stone items and 500 Star Fragments.

Of course it requires a big struggle to be able to collect the two items to be able to upgrade continuously to the last level. Keep practicing, play wisely and don’t become a toxic player!

Where Did the PUBG Mobile GD GIDS Team Come From? (PUBG)