And seeing firsthand the Clash Squad Season 11 Free Fire (FF) has been opened, it means that you are ready to see what time it takes place. Excitement in the push rank, climb higher than before and receive every reward in this newest CS Ranked Mode.

Free Fire has released what is called an update for the patch that players must have been waiting for right now. Including Clash Squad Season 11 Free Fire (FF) Has Been Opened, of course you can immediately push rank again. Because you already know when Clash Squad is already open for players, it means that you just need to increase your rank to go even higher. And seeing firsthand the Clash Squad Season 11 Free Fire (FF) has been opened, it means that you are ready to see what time it takes place. Excitement in the push rank, climb higher than before and receive every reward in this newest CS Ranked Mode.

Then with several opportunities that have appeared in this game, of course your chance to play all of it becomes even more exciting. Even with the new circumstances that we already have, of course it will be better than before and more exciting too. 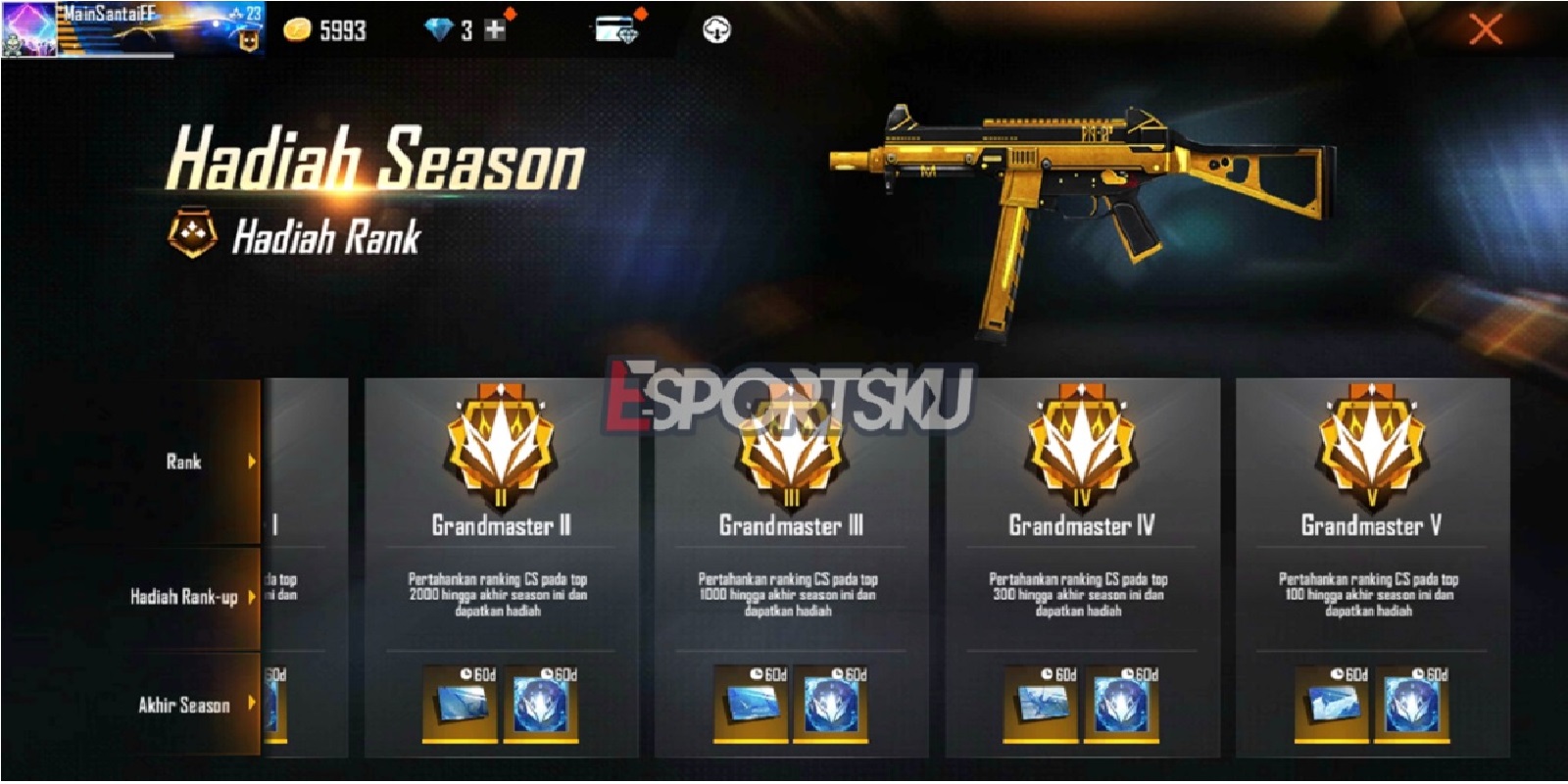 Prepare your souls, because Clash Squad Rank Season 11 Free Fire has been opened on January 20, 2022 at 16:00 WIB. Officially all players will immediately be able to push rank with enthusiasm, to achieve higher achievements and many prizes.

Of course, the presence of Clash Squad Season 11 itself is very interesting, because we got a lot of new introductions in yesterday’s update. Moreover, what appears in the Mode itself, you will feel a much more different and more exciting sensation.

Later players will find Airdrops in Free Fire Clash Squad Mode, because this is a new feature that is quite interesting. But you also have to be careful, because you have one chance you can knock or die because of the feature itself.

Then feel the push Rank on the Alpine Free Fire Clash Squad Map, more challenging because you get acquainted with something new. Because my own Esports will guarantee that you will be comfortable, when playing this rank mode with friends.

In this Rank, players will also get free skin prizes, of course it is a weapon that usually appears. Later Skin The Golden SKS Free Fire, will be your main prize if you reach a certain Rank in that mode.

Many changes occurred in yesterday’s update, affecting Clash Squad and also your mode against enemies when competing later. In this way, make sure not to make mistakes in playing, so that it is easier to win in defeating strong enemies.

Also learn Tips for Push Rank Clash Squad Free Fire, so that later you will have no difficulty playing the rank mode. So that when you face an existing enemy, it will definitely make it easy for you to win the match.

After knowing that Clash Squad Season 11 Free Fire (FF) has been opened, then just push so you can win easily. Just focus on facing opponents in this mode, so that it won’t be difficult for you to reach master or grandmaster Rank as well. Keep practicing, play wisely and don’t become a toxic player!