In this article, we will discuss the differences between P90 weapons in PUBG Mobile and PUBG PC. Submachine Gun (SMG) weapons have different stats in the two PUBG games.

PUBG is a realistic battle royale game published by Krafton available on PC and game consoles. Now the PUBG game has changed its name to PUBG: Battlegrounds.

While PUBG Mobile is a derivative game from PUBG that was released on mobile, both on Android devices and on iOS devices. The PUBG Mobile game is published by Tencent Games.

Therefore, even though fellow PUBG games, PUBG Mobile and PUBG: Battlegrounds are different versions of the PUBG game. Both have different seasons, as well as events, and the availability of features and content in them.

Differences Of P90 Weapons in PUBG Mobile and PUBG PC The P90 is a type of Submachine Gun (SMG) available on PUBG Mobile as well as PUBG: Battlegrounds on PC. In PUBG Mobile, the P90 is the exclusive weapon of the Livik map. While on PUBG PC it is only available on patch note 13.2 which was recently released.

The following are the details of the differences between the P90 weapons in PUBG Mobile and PUBG PC. 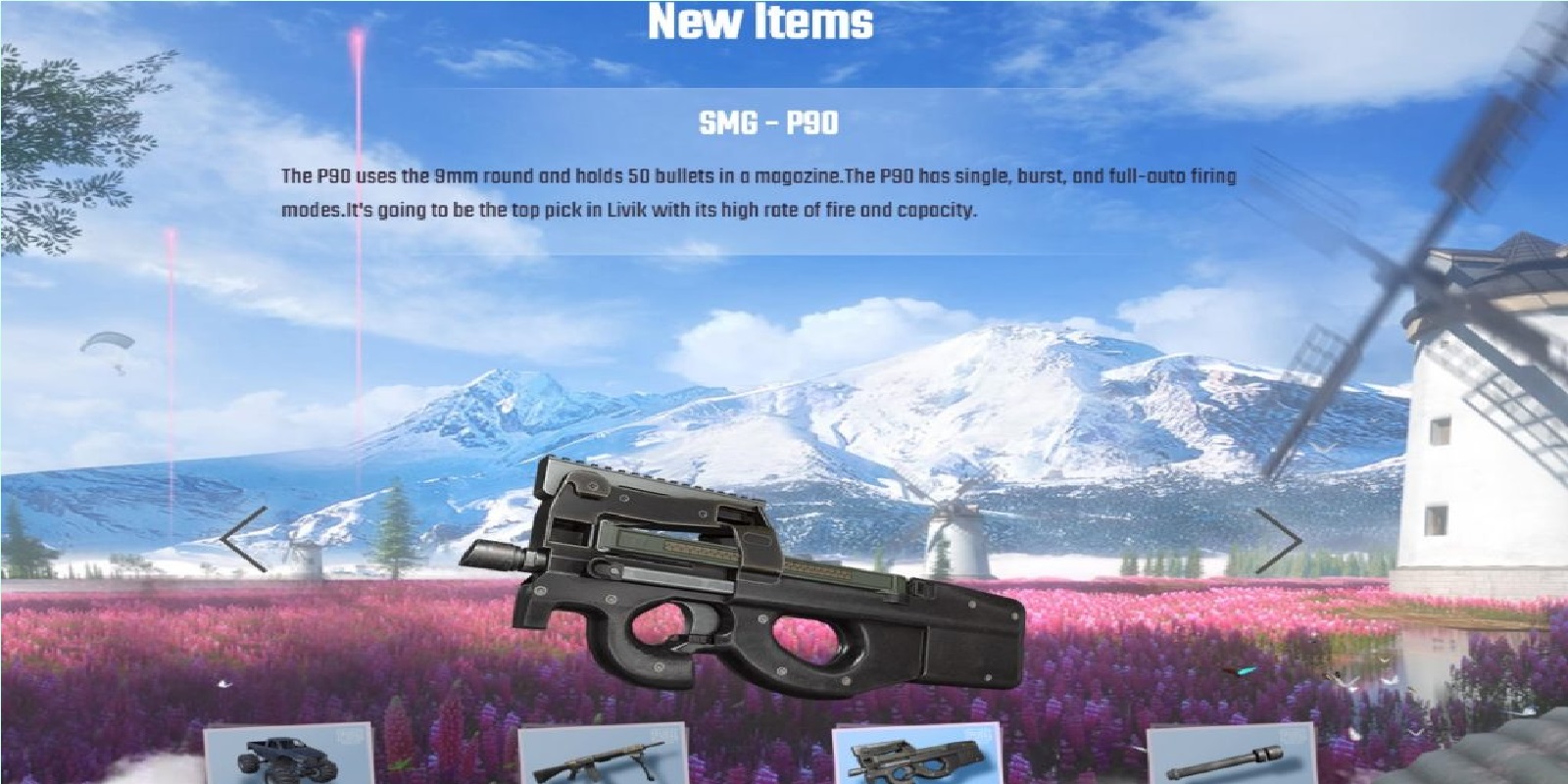 In detail, the P90 is an SMG weapon using 9mm bullets. Interestingly, the P90 has 50 rounds of ammunition. Of course it is very profitable for long race battles.

However, with this amount of ammunition, it will certainly take a long time to reload. To fully charge your ammunition, it takes a duration of 3.1-3.4 seconds.

P90 has not too big damage. Even though it is classified as an SMG weapon, the rate of fire of the P90 is not too fast.

In addition, P90 shots sound more noisy. Therefore you can attach a silencer to the muzzle attachment.

In terms of the availability of attachment slots, the P90 in PUBG Mobile has an iron sight attachment. However, players can equip it with scopes of various sizes, from red dot to 6x size scopes. Even so, the large scope is certainly not very useful for close-range weapons like SMGs.

In addition, the P90 also has a slot for other attachments. P90 supports all types of muzzle attachments. For example suppressor, compensator, flash hider, and barrel extended. 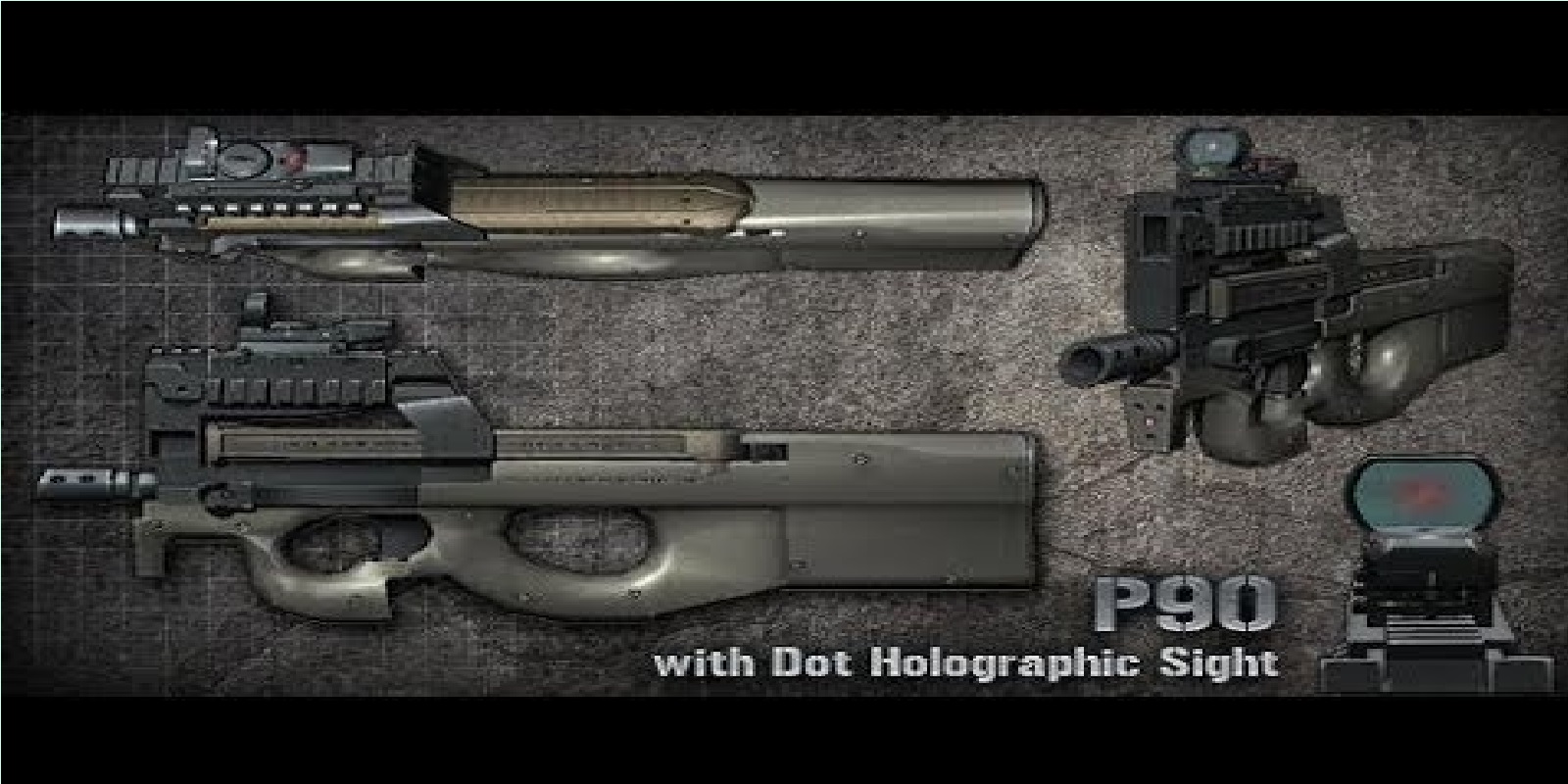 The SMG P90 weapon in PUBG: Battlegrounds was only present during patch note 13.2 ago. In this PUBG PC game, the P90 is not an exclusive weapon, but is available in all Classic mode maps. Due to its availability on the P90 map, it is quite popular among PUBG PC players.

In detail, the P90 on PUBG PC is an SMG weapon that uses 5.7mm bullets. The number of bullets is the same, which is 50 bullets. But it’s a shame that even though the P90 is available in the arena, this 5.57mm bullet can only be found in airdrops.

With that amount of ammunition, the P90 reload duration in the PUBG PC game is 3.4-3.8 seconds to be able to reload until full ammunition.

For damage, P90 has no painful damage. However, the SMG’s rate of fire is high enough to make the damage per second (DPS) of the P90 quite painful.

Even though it has a sufficient rate of fire, the gunshots from the P90 are not too noisy. Of course this will be an advantage for melee attacks using this one SMG.

In terms of attachment slots, the P90 on PC has a built-in holographic scope and a flip sight that is the size of a 2x scope in the PUBG Mobile game. With this built-in scope, the P90 cannot be paired with other scopes.

In addition to the scope, the P90 also supports other attachments. For example, cheek pads, lasers, suppressors, and grips. Even so without any additional attachments, the P90’s performance is quite good.

From the several stat points and details above, each version of the P90 in the two PUBG games has its own advantages and disadvantages. First, about the availability of P90 on PUBG PC, it is superior because it can be found in all maps. Unlike PUBG Mobile, which is only available on the Livik map.

Even so, the availability of 5.7mm bullets for the P90 on PUBG PC which is only available in airdrops makes it risky to use this SMG. That’s because if 50 P90 bullets have run out and no additional ammunition is found, this SMG will be abandoned immediately.

That’s the difference between the P90 which is available in the PUBG Mobile and PUBG PC games. There is a possibility that in future updates the details of this SMG weapon will be changed. Keep practicing, play wisely and don’t become a toxic player!

5 Basic Tips for Playing PUBG Mobile that Beginners Must Know, From Looting to Fighting (PUBG)