Now at the beginning of August, we have entered the Quarter Final Stage where the voting is led by one of the marksman heroes, Hanabi. You can see the best score as follows.

Mobile Legends for the second time presents the Reforge Your Legend event. In the first event the hero Karina won, then the second event, the highest score was obtained by Hanabi, ready to get a revamp? Now at the beginning of August, we have entered the Quarter Final Stage where the voting is led by one of the marksman heroes, Hanabi. You can see the best score as follows.

Reforge Your Legend is an event where players can vote on their favorite heroes with the aim of getting revamps.

After the event is over, the hero who gets the highest vote will be fully revamped, you can see this in Karina’s hero who won the first Reforge Your Legend event.

The Reforge Your Legend event is divided into several rounds, the first is the Qualifying Stage which started on July 24-30, 2021 yesterday, which presents around 8 favorite heroes to get voting. 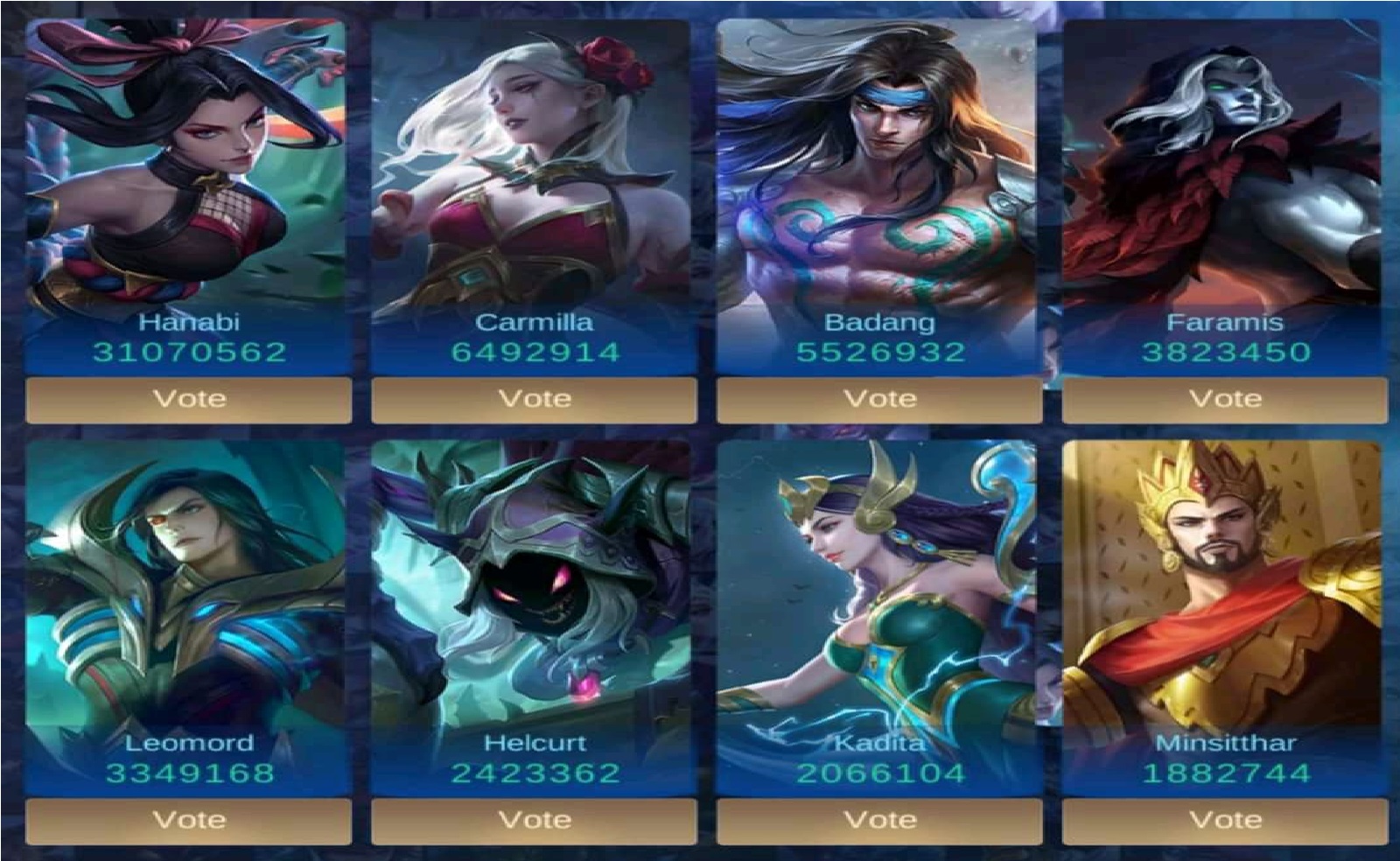 However, in the Quarter Final Stage, the voting results have now changed, making Hanabi the leader with the most votes with a score of 310770562. Then in second place is Carmilla with a score of 6492814.

The voting results certainly have quite a lot of difference, which is around 31 million players who choose Hanabi to get a revamp.

Carmilla got around 6 million votes, third was Badang who got 5 million votes from all Mobile Legends players, and in fourth place was Faramis who surprisingly got 3 million votes.

It should be noted that this score is the score in the Quarter Final Stage, where there will be two further rounds, namely the Semi Final and the Grand Final.

The final result cannot be determined from now on but you can get the exact result in mid-August 2021.

Even so, significant results were obtained by Hanabi with a score of 31 million votes and even 50% more than Carmilla’s hero.

Hanabi herself is a marksman hero who has a close relationship with Hayabusa and Kagura, two of her friends’ heroes have received a revamp in September 2021.

And this time it might be Hanabi’s turn to get a revamp in Mobile Legends.

So what do you think? Do you agree with the presence of revamp on Hanabi’s hero in Mobile Legends? Hopefully Moonton will bring the escape mechanism skill to this hero in the future!

But even so, according to the author, almost all heroes seem to be getting a revamp, we just need to wait for the time. Keep practicing, play wisely and don’t become a toxic player!

How to Download the Alight Motion in Free Fire (FF)