You won't be confused about things like that now. Because indeed the appearance of this release date has become official and we just have to wait for it to appear.

Mobile Legends has released a lot of the latest updates that are very cool and good for players. And for the Mobile Legends Hyper Blend Mode Release Date, you just have to be ready with all that now, okay? So that after it appears we can immediately try it immediately. You won’t be confused about things like that now. Because indeed the appearance of this release date has become official and we just have to wait for it to appear.

There are so many new features in Mobile Legends that players can use, and try it out in the game very easily. As well as the emergence of an event that is not limited, will give cool new gifts for the players too later.

Hyper Blend Mode Released on August 9, 2022 for the first time in a Mobile Legends game, so you just have to record its appearance now. Because in this way it is official that the data has indeed appeared in the game and we just have to play it. 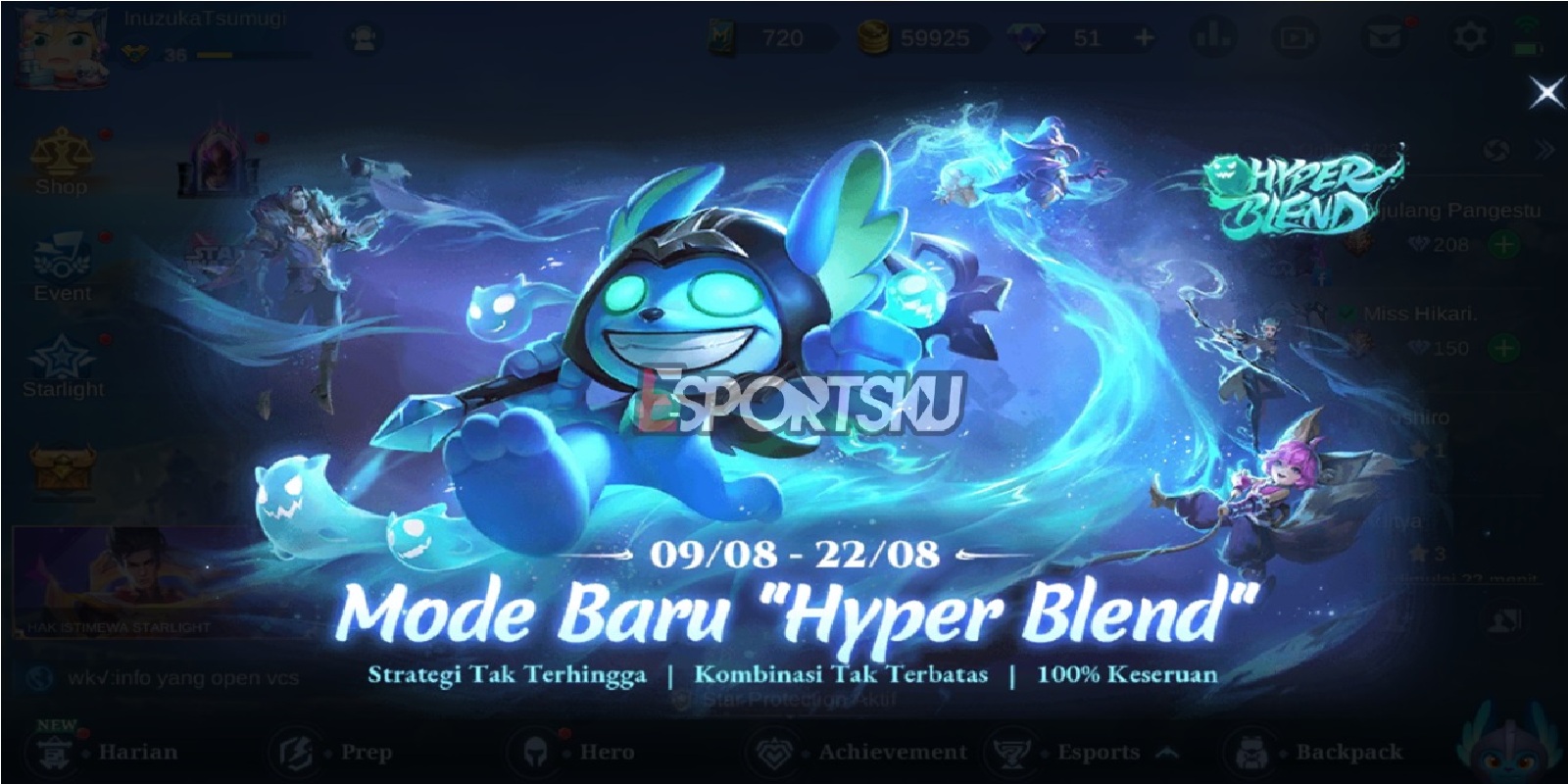 This means that in the future, players can play Hyper Blend Mode in Mobile Legends if it appears. It won’t be confusing to play the latest mode like this now, because we will be challenged with all the games.

Not only using 3 skills, but players will use up to 4-5 skills when competing later. Excitement will indeed appear on the first release date of this mode, so you just have to wait for its presence in this game now.

If you feel bored when you push Rank, of course the new mode will be a sedative so you can play comfortably. Hyper Blend also has a variety of interesting hero choices, such as Brawl so we can’t just decide what to use.

After knowing the Hyper Blend ML Mode Release Date, then be prepared for it to appear in the game. Let’s just start playing now, so we can get the excitement of competing which is definitely very exciting. Keep practicing, play wisely and don’t become a toxic player!