It turned out to be very good and gave the best impression for you to try. Including the right opportunity, before you later want to get a gift like this.

Free Fire has released lots of great updates which of course you can try now. You can also know the Leaked Machete Skin Emerald Slicer Free Fire (FF), one of the good skins that is interesting right now. Because this is an interesting choice for you to use, even with this method, it is quite interesting. It turned out to be very good and gave the best impression for you to try. Including the right opportunity, before you later want to get a gift like this.

There are still lots of interesting events that you can complete, of course with all of that it looks really cool. Moreover, you also can’t possibly want to miss all of this, if you want to get far more prizes from this latest Mission. 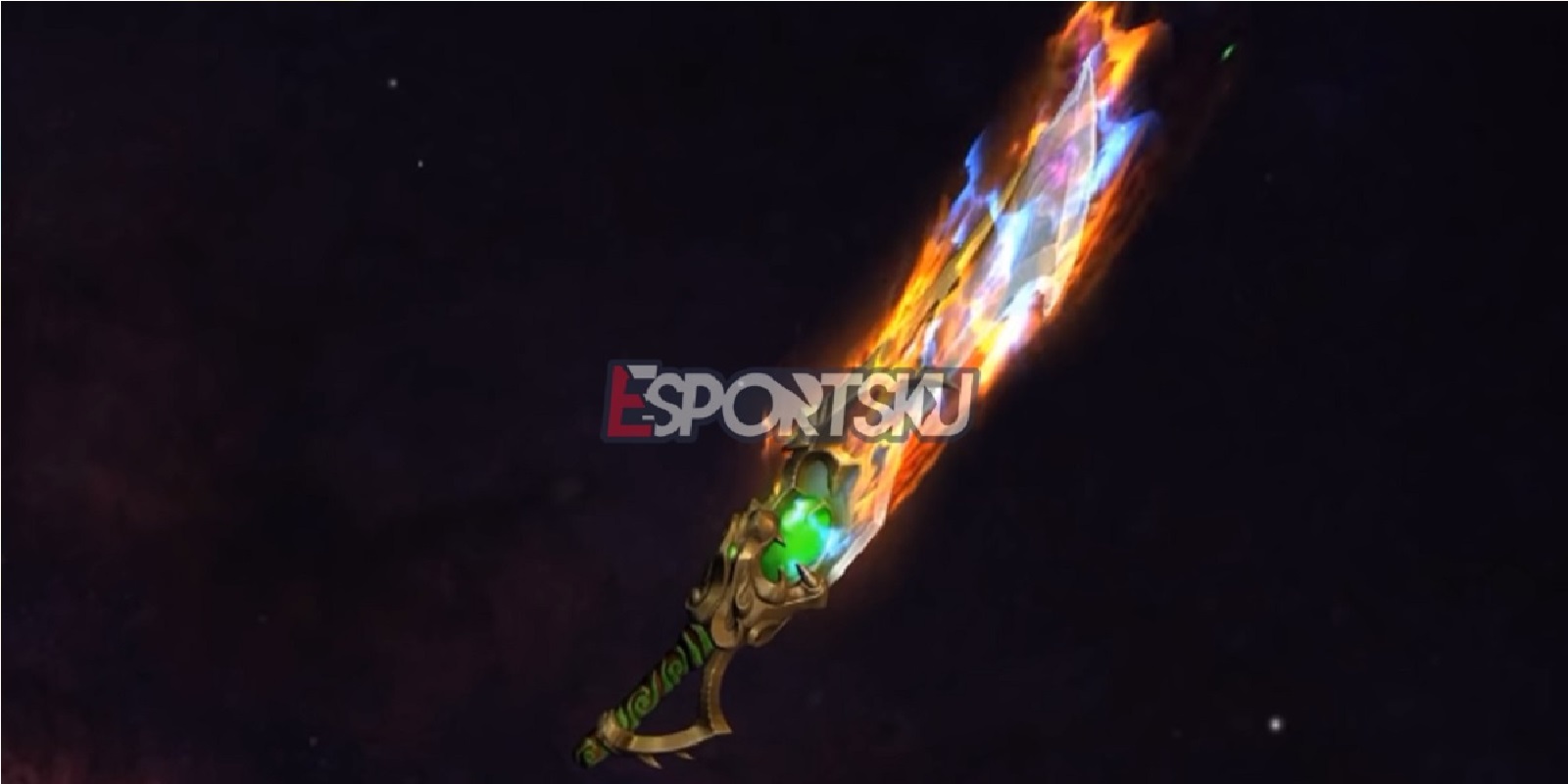 A new leak called Machete Skin Emerald Slicer, will be coming to all Free Fire Servers right now. Of course, by looking at the appearance of the shape of this Skin now, then it becomes something good with conditions that you will be interested in using now.

Well, if you look at the appearance of this Skin first, then you can tell that the Emerald Slicer Skin does look very cool. Has a very strong display model, even as a Machete whose size is quite thick with a skin like this.

Then some of the details of this skin are much more interesting, even very cool for you to use when competing later. Of course, if you use the skin, it will definitely give the player great strength when competing.

On the hilt of the weapon we will see a dark green handle with a strong wooden connection. Then on the slightly front there is a golden beast, similar to a lion or dragon which emits a bright green emerald.

Even in the Emerald, the great power of this weapon’s skin flows, thus providing great potential for you to use when competing later. The iron was filled with the power of scorching Fire, enough to even slash the enemy without any mercy.

If you pay attention to other than fire, it turns out that this weapon has other effects which of course are strong for you to use when competing later. Definitely a good chance of every battle, will appear and present on this weapon right now.

But Esportsku doesn’t know when this Machete Skin Emerald Slicer will appear, because considering its presence is still a leak. We might have to wait a little longer, so we can still get a pretty large total of prizes.

Because with the presence of a skin like that, it will definitely give a fairly different impression from our attacks on the enemy.

After knowing the Leaked Machete Skin Emerald Slicer Free Fire (FF), you can’t possibly want to miss this Skin now. Because it is seen as an advantage that players can have, it will definitely provide a good opportunity for all of you. Keep practicing, play wisely and don’t become a toxic player!