Well, then you should also know the Leaked Skin Season 23 of Masha Mobile Legends (ML), one of the free skins that you can have later. But the name is also a leak, Esportsku can give the appearance of the skin and predict whether or not this skin will be released.

The updates that will continue to be released in the Mobile Legends game this time are indeed good, especially if you try it later. It definitely feels like it will give you a good, interesting event, then you yourself can complete each of the event missions.

Especially with the presence of the Alucard Obi Wan Kenobi Mobile Legends Skin, providing evidence that this collaboration will continue and be more exciting. Because what we know, the various latest events that have appeared will definitely give something surprising that is difficult to predict. 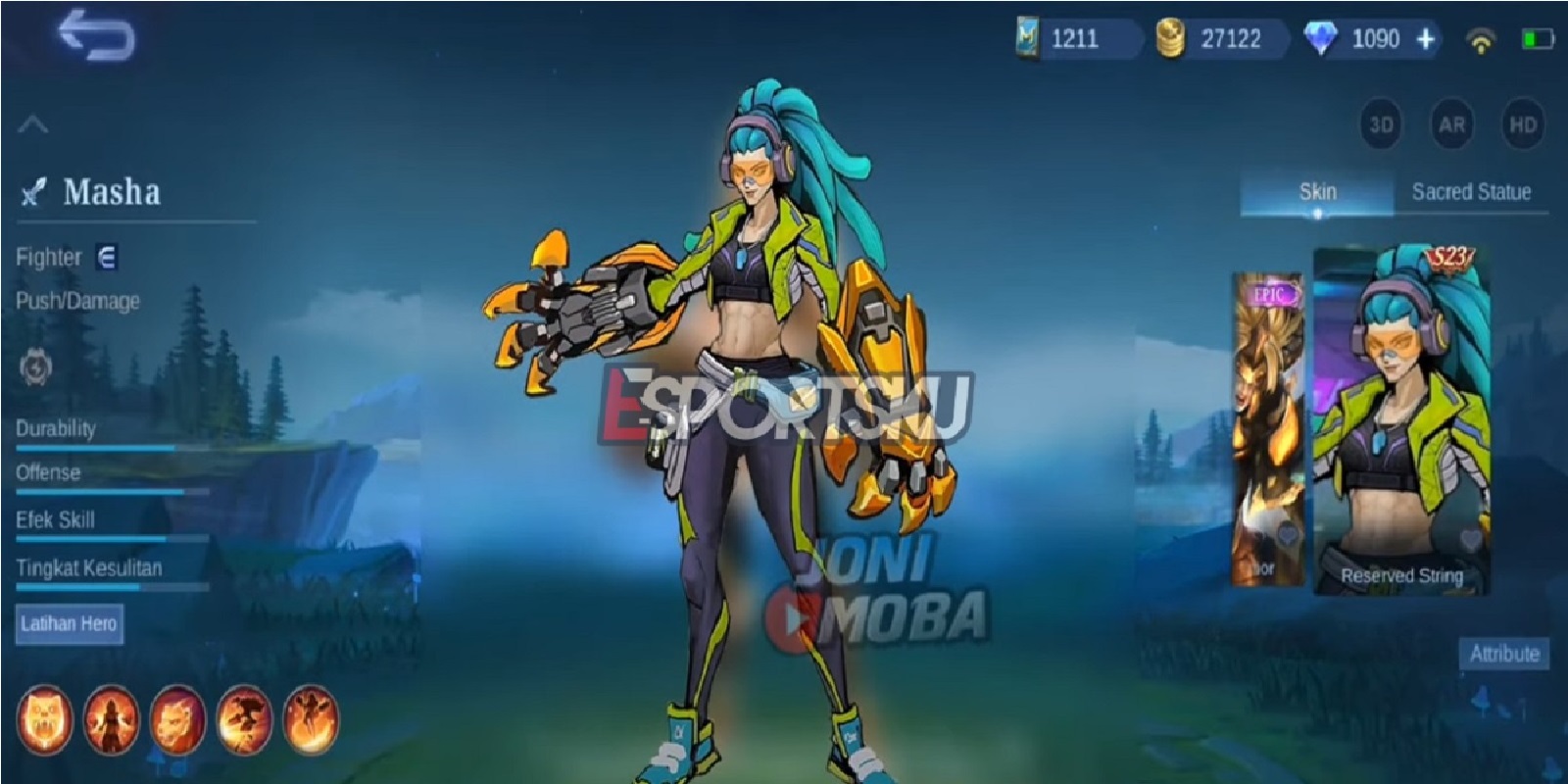 It’s warm from the Mobile Legends community, because the 23rd Season of Mobile Legends Skin shows the Leak of Masha’s hero. Yup, one of the Hero Fighter Tanks in Mobile Legends, of course it will make it easier for all of you to face every opponent without any fear at all.

This skin is a little different from the usual Season, it turns out that Masha will have a pretty cool and modern appearance. Maybe those of you who are Masha players will not want to miss this skin, because it comes for free when the Reset Season has started.

Later, Masha will use Green Glasses and Headphones, then with quite large and very long hair. The name of this Skin is Reversed String, it’s like having a relationship with a Skin that is so interesting in the match later.

Then the clothes that turned out to be half-body jackets, were also green in color and used black interiors. His hands turned Gold, it was because of the Iron Armor that would give Masha great power when attacking his opponent without any fear at all.

Wearing a black training pants with green stripes, then sports shoes that are often used by runners. By having an appearance like this, it can indeed give a strong chance for Hero Masha to be invincible.

Let’s just look forward to his presence in all Mobile Legends Servers, because the new Skin Season for Masha is still just a prediction. It may or may not be true, but that’s how it looks from the looks of it as you can see.

After knowing the Leaked Skin Season 23 of Masha Mobile Legends (ML), you probably won’t want to miss all of this. Because the new skin is free, then you will be interested in getting it later. Keep practicing, play wisely and don’t become a toxic player!

How to Get Karrie Wheel Of Justice Skin Mobile Legends (ML)