Even for now on the Sanctum Island Mobile Legends (ML) Map, the appearance of the monsters has changed and will get better. With changes like this, it will definitely make the impression of playing feel much better and will start to meet the new Monster modem.

Moreover, there is still a lot that you can find, when you see all the new updates from this Mobile Legends game now. Because it will usually give a lot of surprises, including for Features and several other things such as Buffs or nerfs that will occur later.

In conditions like this too, players will know the Buff and Nerf Patch in Mobile Legends that appeared yesterday. Indeed there are quite a lot of changes that we can get, even for the flow of the game will get new changes that occur. 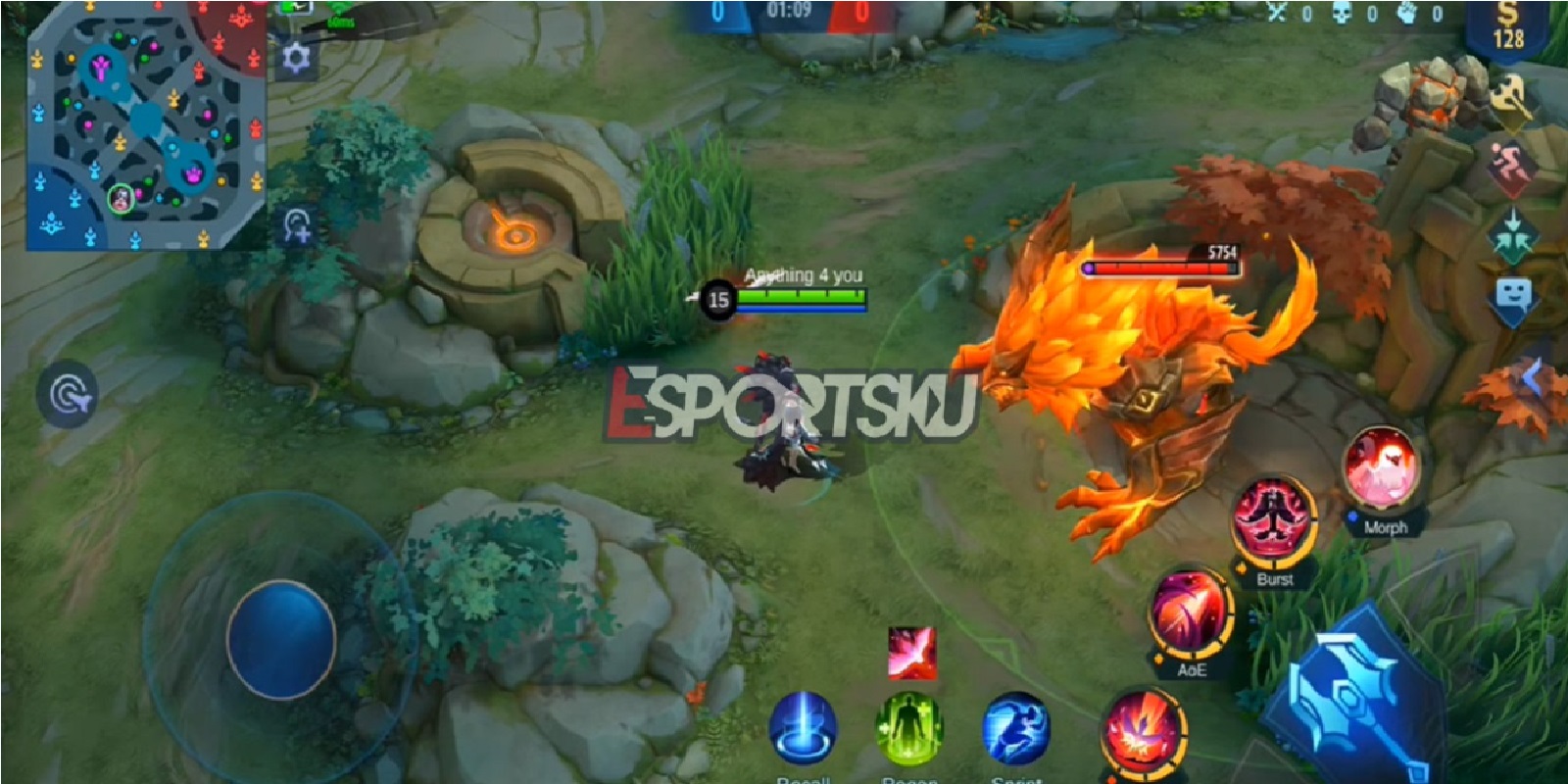 For the first time, we will see that the Red Buff from Sanctum Island will have the shape of a big monster. It has wings on its arms and then it crawls, like a lion that has fire all over its body.

Even the attack animation is still the same, although there are slight differences from the monster model. Of course, if you use the Red Buff, it will be easy to get this later and you will definitely get it right now. 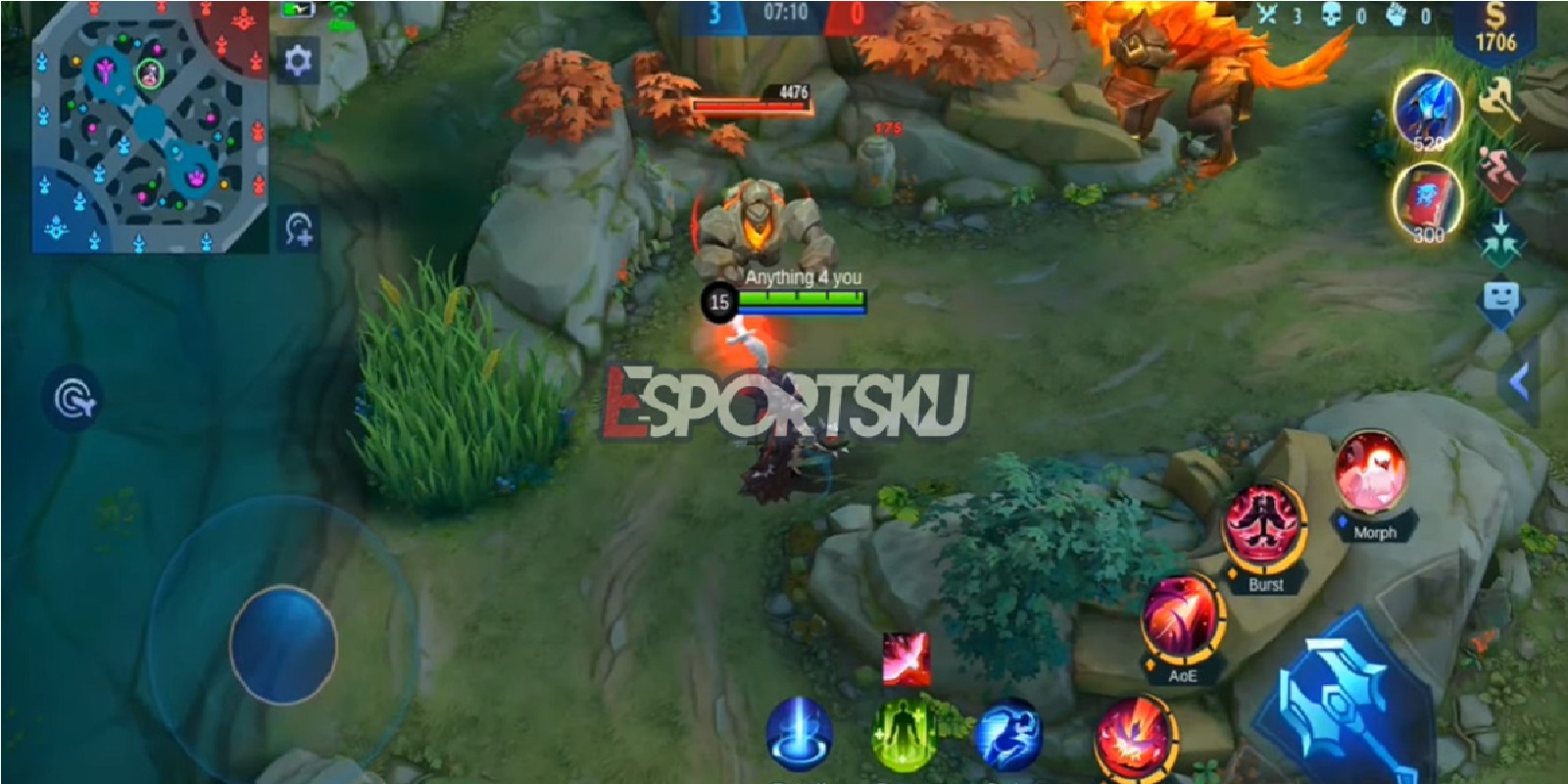 Furthermore, Rockursa on the Sanctum Island Mobile Legends Map has a pretty cool change from its shape. The name of this monster has an element of Rock which means a Stone, now the change in the Monster is finally visible when it turns into a Stone.

In terms of words, this is a small Fire Golem whose whole body is Stone. Later you will see that the monsters themselves will have different animations, it can be seen from Rockursa which is quite cool for the new version too. 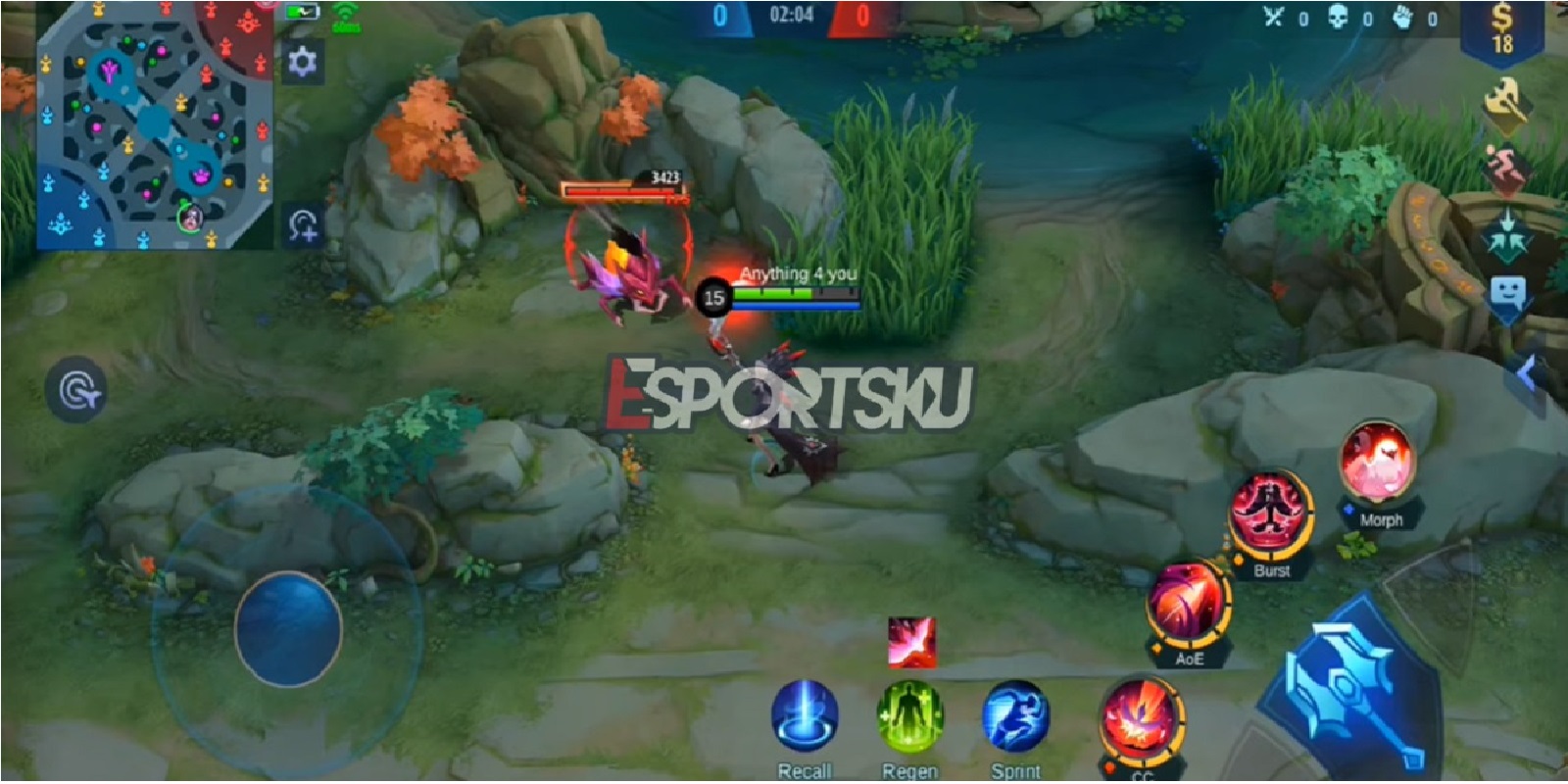 Then this Buff Monster also undergoes a change in shape, which can be seen from the shape of the model, a beetle that is colored but cooler. In the initial version, this Crammer is a Beetle-shaped Buff that has a plain color and doesn’t shine too much.

But for this new change for Sanctum Island, it turns out that Crammer turns into a more colorful beetle. But according to my esports, it’s actually like a firefly big enough to give us HP. 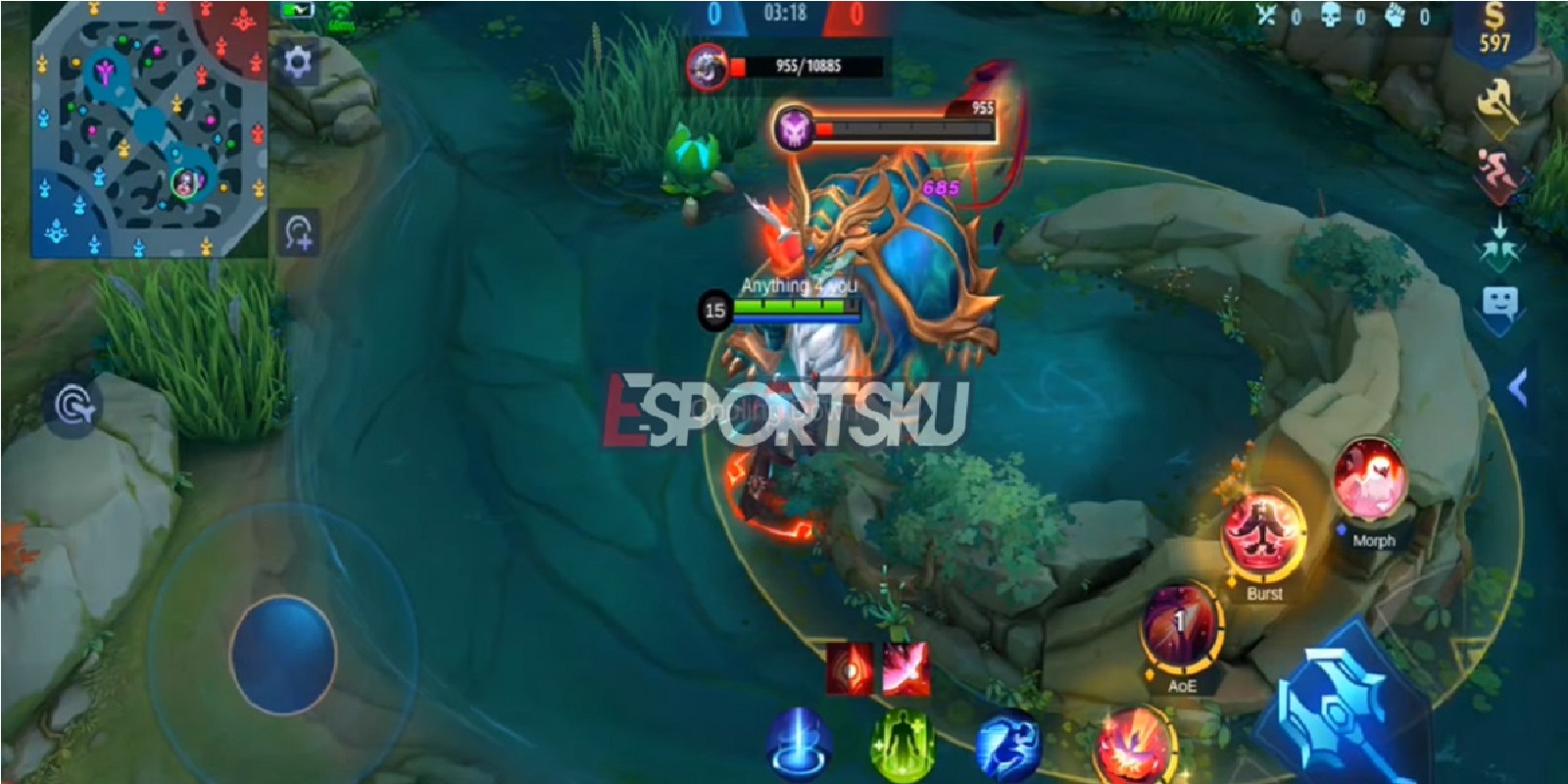 Previously we often saw that the Turtle had a large model, even on its back itself there was a blue Crystal. But in this new update for Sanctum Island, the Turtle is not a large animal protected by the Tempuru Crystal but Iron.

You can see that this Turtle is like a war animal with all parts of the body covered with very strong Iron. Then the color of the Turtle itself has a change that almost all parts are affected, of course this will be a cool Turtle update. 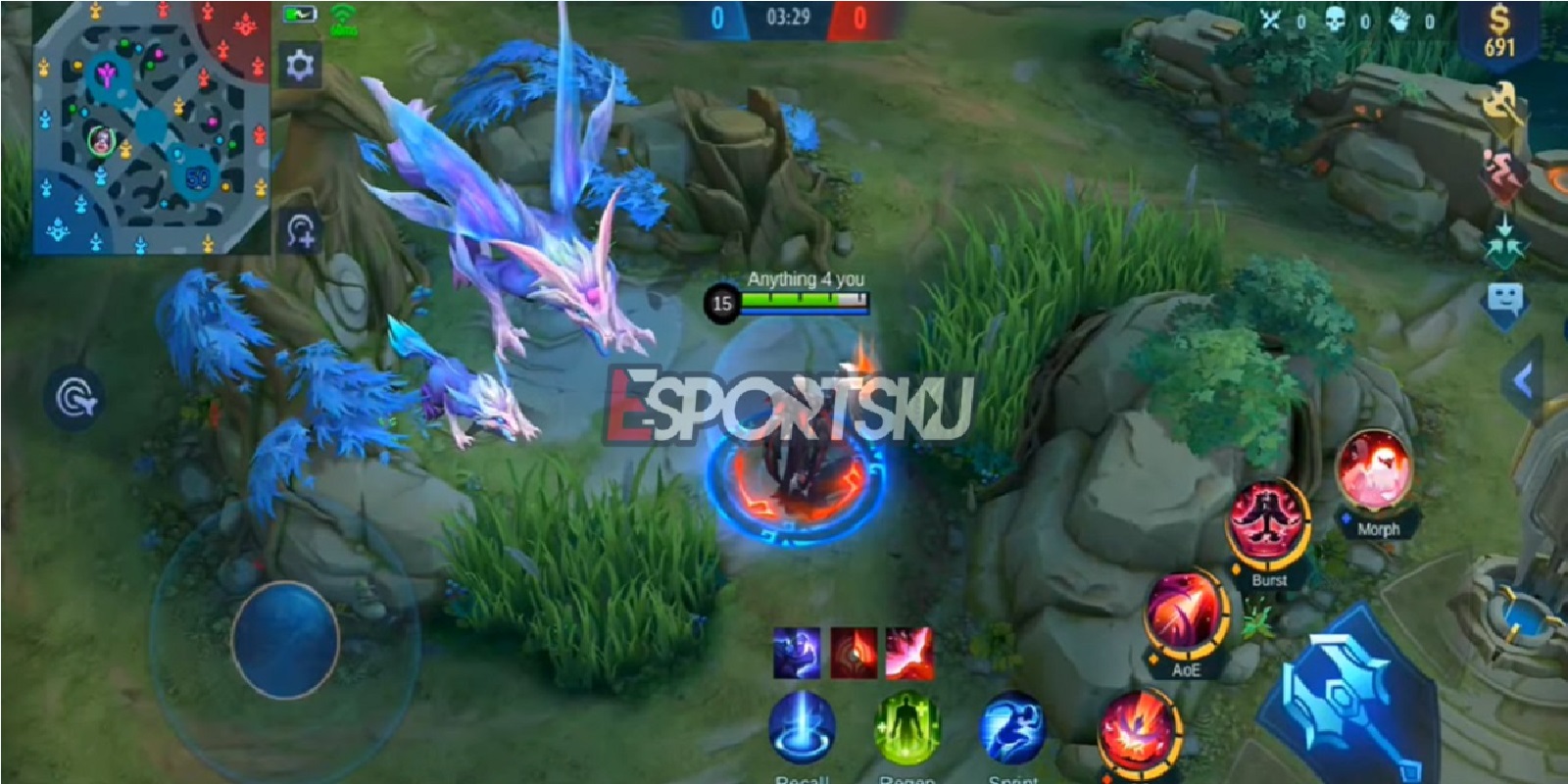 Then we’ll get a change to the Purple Buff which is modeled like a Wolf or Okami like that. The size is even bigger, even to attack it also seems to be faster and bite the opponent when they are about to beat them.

They both have large and small sizes, both are the same, only the other one is affected by body reduction and there are no special hair strands. The big one looks smoother than we thought, so this will make the Sanctum Island Map even cooler.

Then if you want to see something interesting, pay attention to the back of this purple Buff. The place already has a shortcut that makes it easier for you to escape or take another Buff on the top lane later. The buff to get an HP in this match has a change in appearance that is not too much different from the initial one. Only changes from the color of the body and skin on the neck of the monster, now the colors are Blue and Pink.

The animation attacks are still the same on this Sanctum Island Map, using the tongue to inflict damage on us. There’s nothing really interesting about this change, just a recolor to make it cooler from my current esports point of view. A Monster and the one we are waiting for the most, Lord is one of the most changing Monsters. At the most recent Sanctum Island Update, the Lord who was once a Half Horse turned out to be Poseidon or the ruler of the Ocean.

It can be seen from the model of God’s own form when you approach the place, then his body size also becomes Tall too. In all parts of his own body, it was filled with the blue color of the ocean water that protected his body and was able to move.

The armor of this God change will have a Gold color on every part, even for the back which is getting bigger and there is a water circle effect. His weapon turned into a Trident, but unfortunately the effect of this lord’s attack was still ordinary and had no water effect.

After knowing the Sanctum Island Mobile Legends (ML) Map, the Appearance of the Monster Changed, you have to be prepared with this. Because for the presence of a new update from the Mobile Legends Map, it will certainly affect some important points that you can see. Keep practicing, play wisely and don’t become a toxic player!