Mobile Legends Presents a Survey With Some Popular Anime (ML)

It doesn't stop there, they recently presented a survey in which there is a list of anime that are quite popular. So curious about this latest survey and what are the anime lists in it?

Mobile Legends presents another survey about several anime that might collaborate with the game. What is the list of anime presented in the latest survey? It doesn’t stop there, they recently presented a survey in which there is a list of anime that are quite popular. So curious about this latest survey and what are the anime lists in it?

In addition to the two collaborations above, other collaborations such as with the anime Kimetsu No Yaiba and Jujutsu Kaisen unfortunately until now there is no further news, and even reportedly has been thwarted.

Mobile Legends Presents a Survey With Some Popular Anime 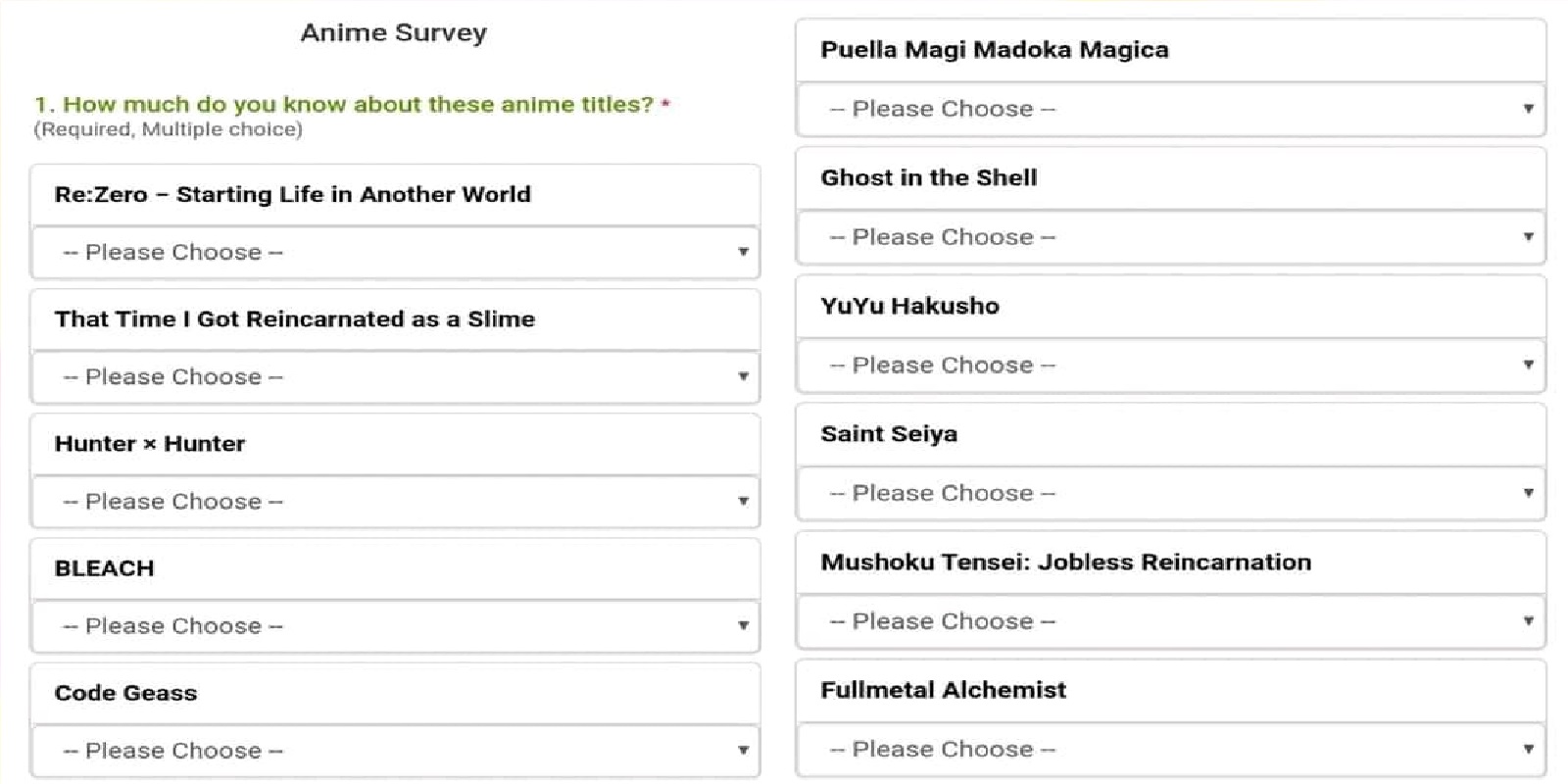 Quoted from one of the leakers @ML_Leak, they released a survey form in which there are several anime that are quite popular. In the list there are about 11 new anime that might collaborate. Here’s the list.

There are Re Zero, Tensura, Bleach to Fullmetal Alchemist which among the above list are very popular anime.

For those of you anime fans, you certainly know between these anime. For example, Tensura or Slime which is currently much awaited cour both, to Rezero who has the main character Subaru.

Fullmetal Alchemist is the best anime of all time, this anime has been around for a long time but is still the number one anime in the best anime ranking.

This is good news, especially for possible anime fans, Moonton will present another new collaboration with one of the anime above.

Regarding the survey above, it is indeed good news because they present the latest survey about several more popular anime.

However, it should be noted that, until now, with so many surveys. Not even a single anime has succeeded in collaborating with this one game.

Previously with Jujutsu Kaisen where there have been many rumors circulating about some details regarding this collaboration, but unfortunately still failed.

The failure of this collaboration made Mobile Legends gamers disappointed, many of them even made gamers make a slogan for Mobile Legends which is only a survey institution.

So what do you think about the latest collaboration above? Hopefully it’s not just a survey, hopefully Moonton will present it in the Mobile Legends game. Keep practicing, play wisely and don’t become a toxic player!