In this article, we will provide information that NewHappy won the PUBG Global Championship (PGC) 2021. This Chinese team managed to get the highest points from this biggest PUBG tournament.

The PGC 2021 Grand Finals bring together the best 16 teams. A total of 15 rounds of matches were played in the Grand Finals. In this article, we will provide information that NewHappy won the PUBG Global Championship (PGC) 2021. This Chinese team managed to get the highest points from this biggest PUBG tournament.

PUBG Global Championship (PGC) 2021 took place from 19 November to 19 December 2021 yesterday. This match brings together 32 of the best PUBG teams from around the world.

The organizer of PGC 2021 is Krafton which is based in South Korea. This tournament will be held in a hybrid manner, offline and online for the Chinese team. For offline the match takes place at Paradise Plaza.

PUBG Global Championship (PGC) 2021 takes place in FPP mode. The prize pool of PGC 2021 is USD 2 billion which is divided into various tournament rounds. The main prize is of course given to the winner of the Grand Finals. 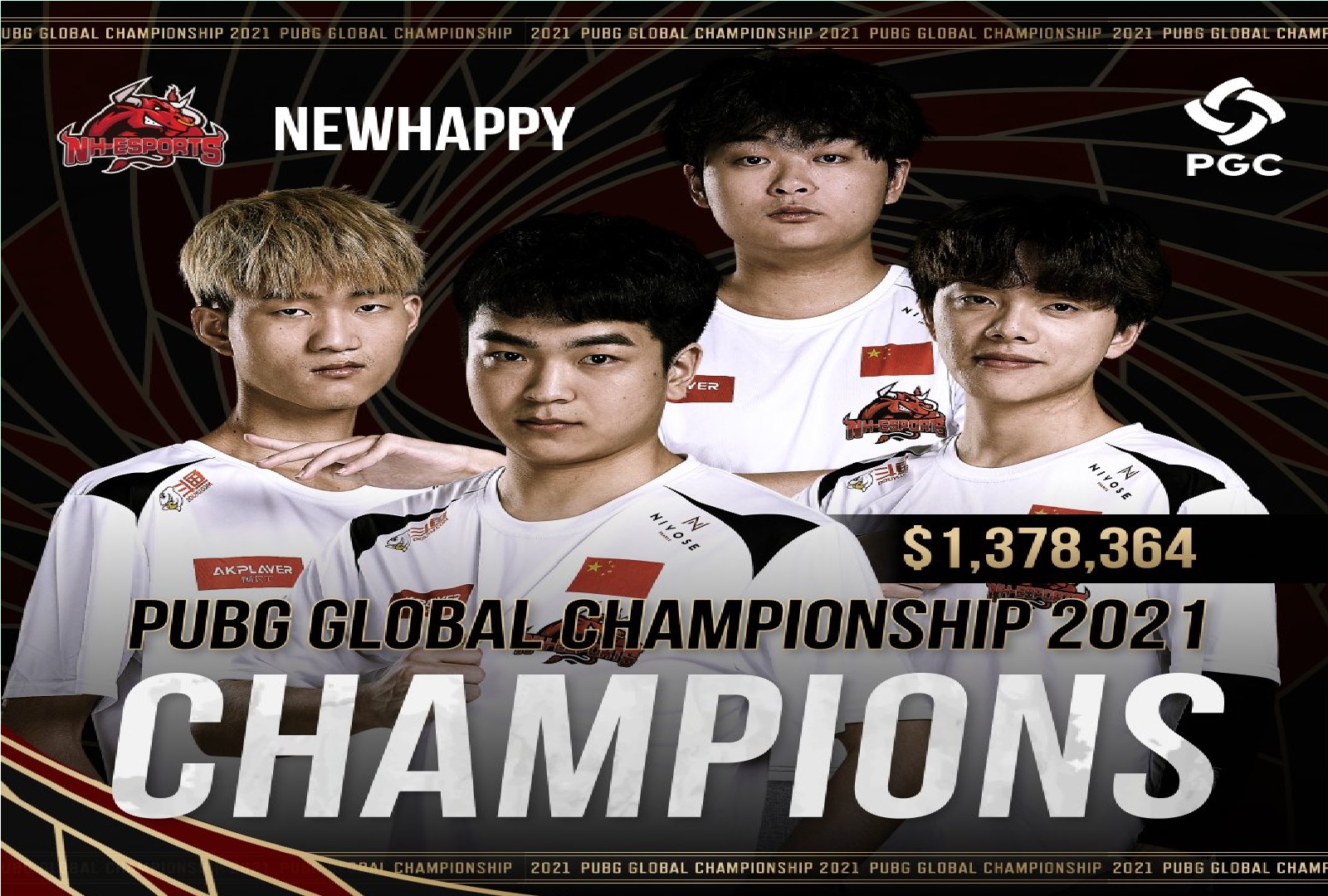 From 15 rounds in the Grand Finals, NewHappy managed to win the 2021 PUBG Global Championship (PGC). This Chinese team managed to collect a total of 159 points.

NewHappy is a PUBG esports team from China. This team has participated in and won various professional PUBG competitions. Starting from C-Tier to S-Tier.

PGC 2021 is an S-Tier class tournament. NewHappy also managed to become the champion. They ensured their victory by collecting a total of 159 points with 98 kill points. From that result, NewHappy is entitled to a prize of USD 1,378,284.

The second place winner from PGC 2021 is Heroic. This Norwegian team managed to take home USD 666,209. Team Heroic managed to collect a total of 155 points.

The distance between the points is so thin with the champion. Even so, from the number of kills, Heroic got 102 kills, bigger than NewHappy.

5 Basic Tips for Playing PUBG Mobile that Beginners Must Know, From Looting to Fighting (PUBG)