It will definitely give a slightly different impression when competing. Moreover, Esports, I know, that this is a skin of choice which has quite a lot of fans.

Mobile Legends, if you have released a Hero, the Skin will also be present. Including the 6 Best Wanwan Mobile Legends (ML) Skins, one of which you might like. Especially for Esportsku, the Skins that are present on Hero now are indeed interesting, that’s what adds to the cool impression from here. It will definitely give a slightly different impression when competing. Moreover, Esportsku know, that this is a skin of choice which has quite a lot of fans.

Moreover, Wanwan is a Marksman hero who seems strong, then has Attack speed and attacks that are so agile. No wonder if someone is good at using this hero, you guys will find it difficult to catch and beat him because of that. 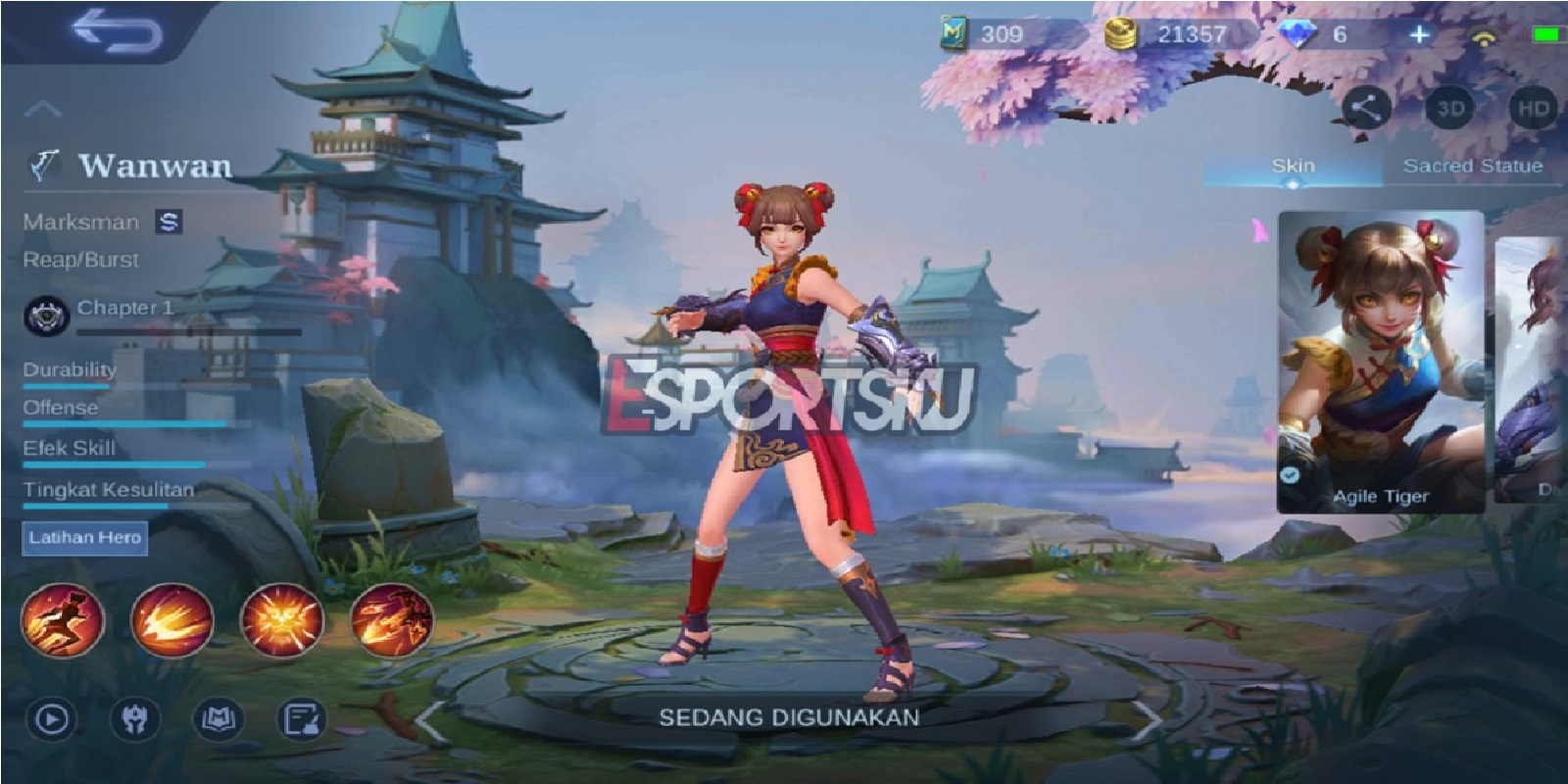 One of the Basic Hero Hero Wanwan Skins, of course it looks cool if you use a Skin like this. In fact, you should also know that Wanwan is indeed a Human who has similarities to the strong Tiger race.

It can be seen from the start of this new Skin, it does seem that Wanwan has a long and Orange Tiger Tail. Her hair is tied in two and has a pretty innocent face, and her clothes are also traditional.

With weapons that look so good, so that you will find it easier to deal with enemies. This skin is basic, so if you buy the skin, you can use it right away. 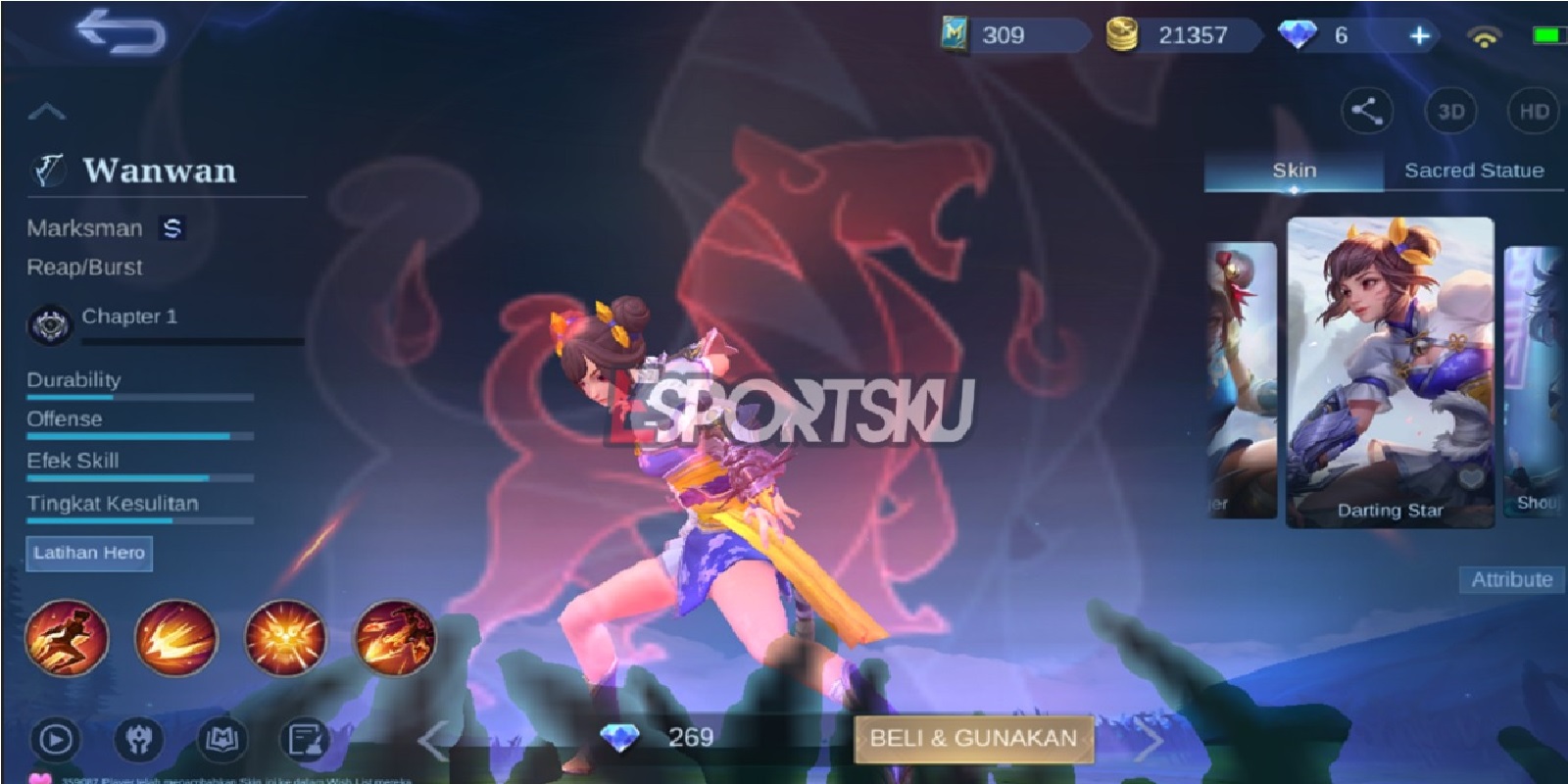 Not much different from Agiler Star, only has a white shirt color and is much more closed than the previous version. This skin is really cool, even if you want to have it for free because it often appears on Lucky Spin.

This is the Normal Skin that Wanwan has, just take out 259 Diamonds then you can get it. The price is cheap and can be used immediately, it is an advantage that we have Darting Star on the Mobile Legends account. 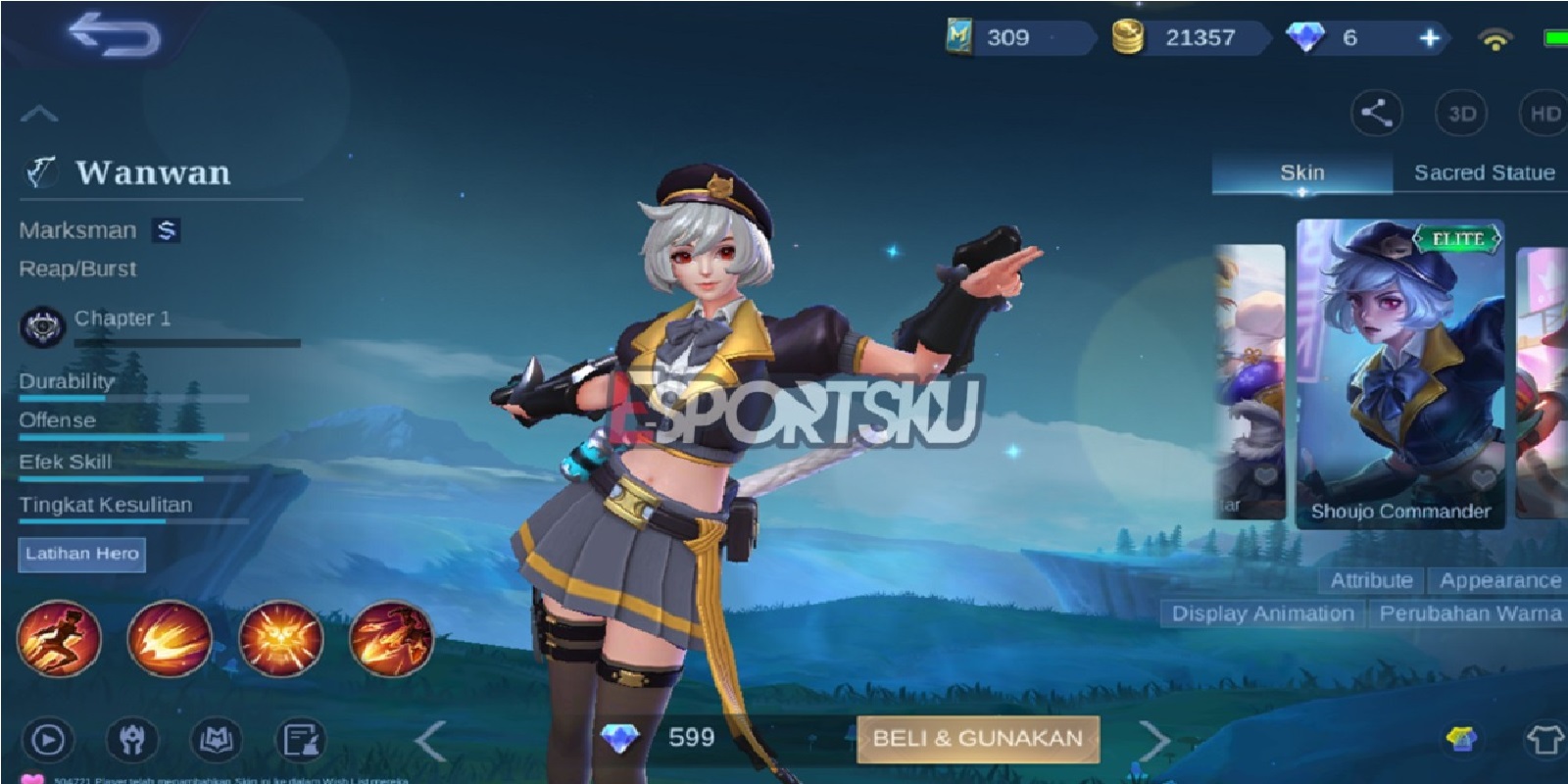 Wanwan turned into a strong Police Commander, even experiencing many changes to this newest Skin if you pay attention. Skin from Shoujo Commander itself, we can see that Wanwan is wearing her duty hat.

Then clothes like Policewoman tie and weapons are more modern, even changing every Effect of her attacks as well. At the waist, this skin uses a skirt and it turns out that there is a place to store explosive bullets or bombs.

This is Wanwan’s first Elite Skin, so of course the price is only 599 Diamonds if you want to have one. After buying, you can directly use it on the hero. According to my Esports, this is a pretty charming Skin for Hero Wanwan when competing. 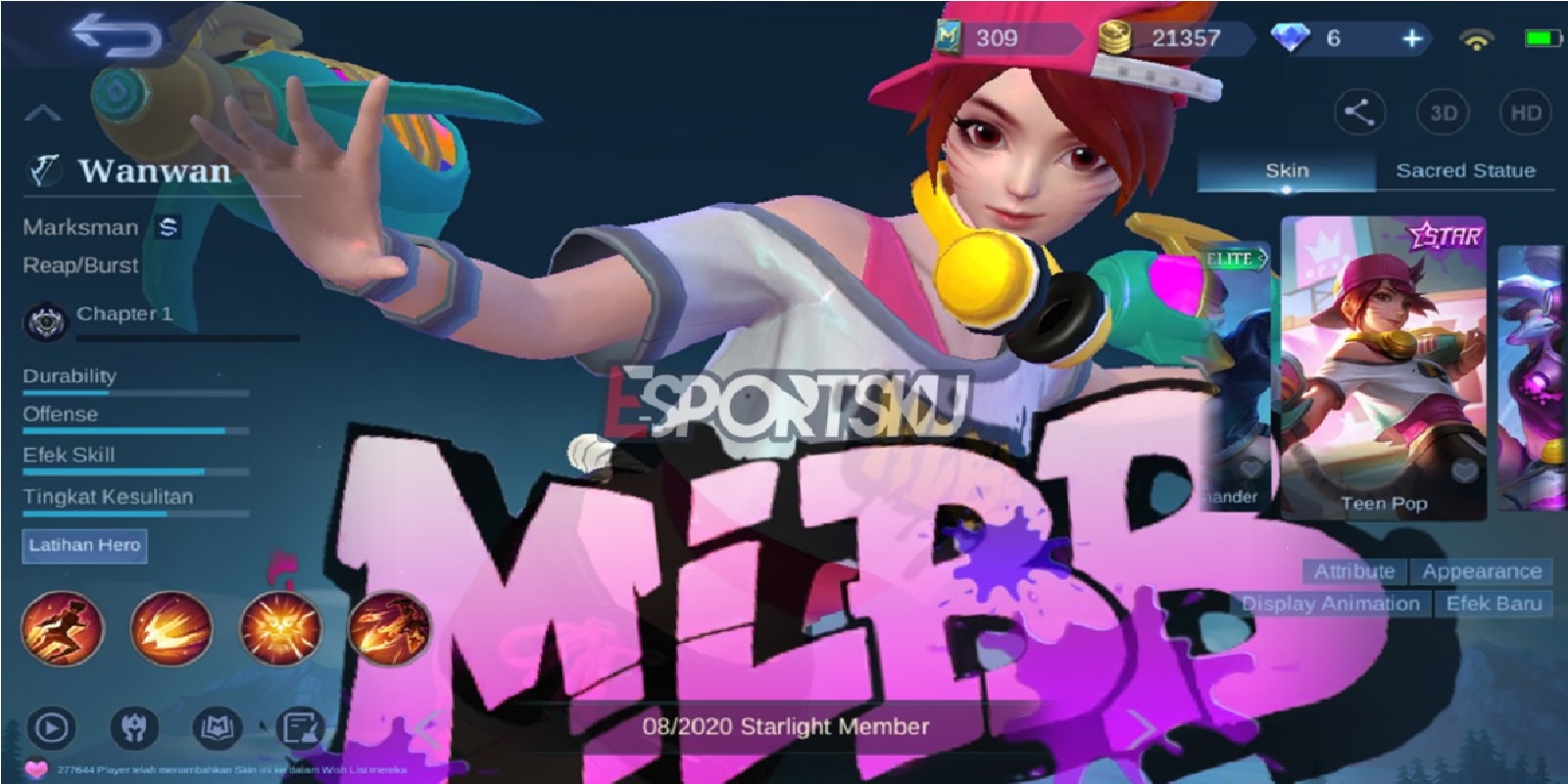 Wanwan has the appearance of a very active teenager, even her activity is painting the street walls using her spray paint. Of course this skin still carries the Tiger Tail which is identical to Wanwan, of course you will definitely like the skin if it comes back.

Wanwan wears a pink hat and brown hair, as well as a shirt that says MLBB and even yellow headphones that are not being used. The weapon is a colorful spray paint, even the size and color of the bullet will change depending on your attack.

Then at the waist down, Wanwan wears shorts with a few splashes of paint that are quite a lot. Then the price for this skin is 150 thousand, but you have to get it from the Starlight Feature and can only use it after you have it. 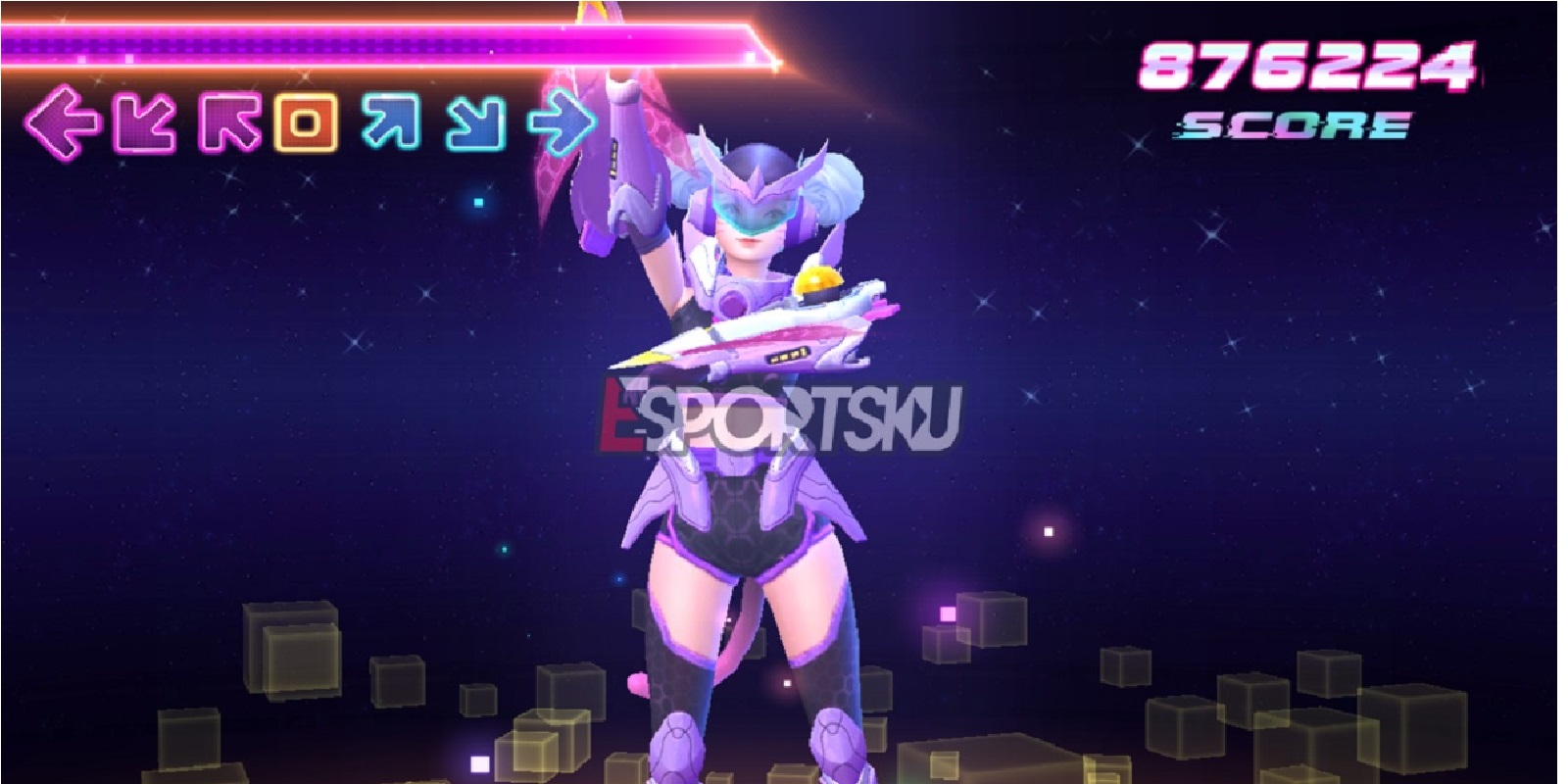 Then the next Skin called Pixel Blast, one of the Collector types which is Wanwan’s Best Skin. The theme that we will find from this Skin is actually Pixels, but in game mode it determines the direction of movement to complete the Wanwan Skin.

Has the impression of a darker and purple color, then looks like a Robot and also a weapon that is much larger in size. Of course, this skin was very cool at the beginning of its release, even top players also used Wanwan Pixel Blast because of the effect of every attack we would give.

This Wanwan does have a very cool appearance, that’s why there are quite a lot of Pixel Blast fans. The price of this skin reaches 6000 thousand diamonds or around 1.5 million rupiah, we can only get the skin through the Grand Collection feature and if that’s the case, we have to wait until it’s released again. 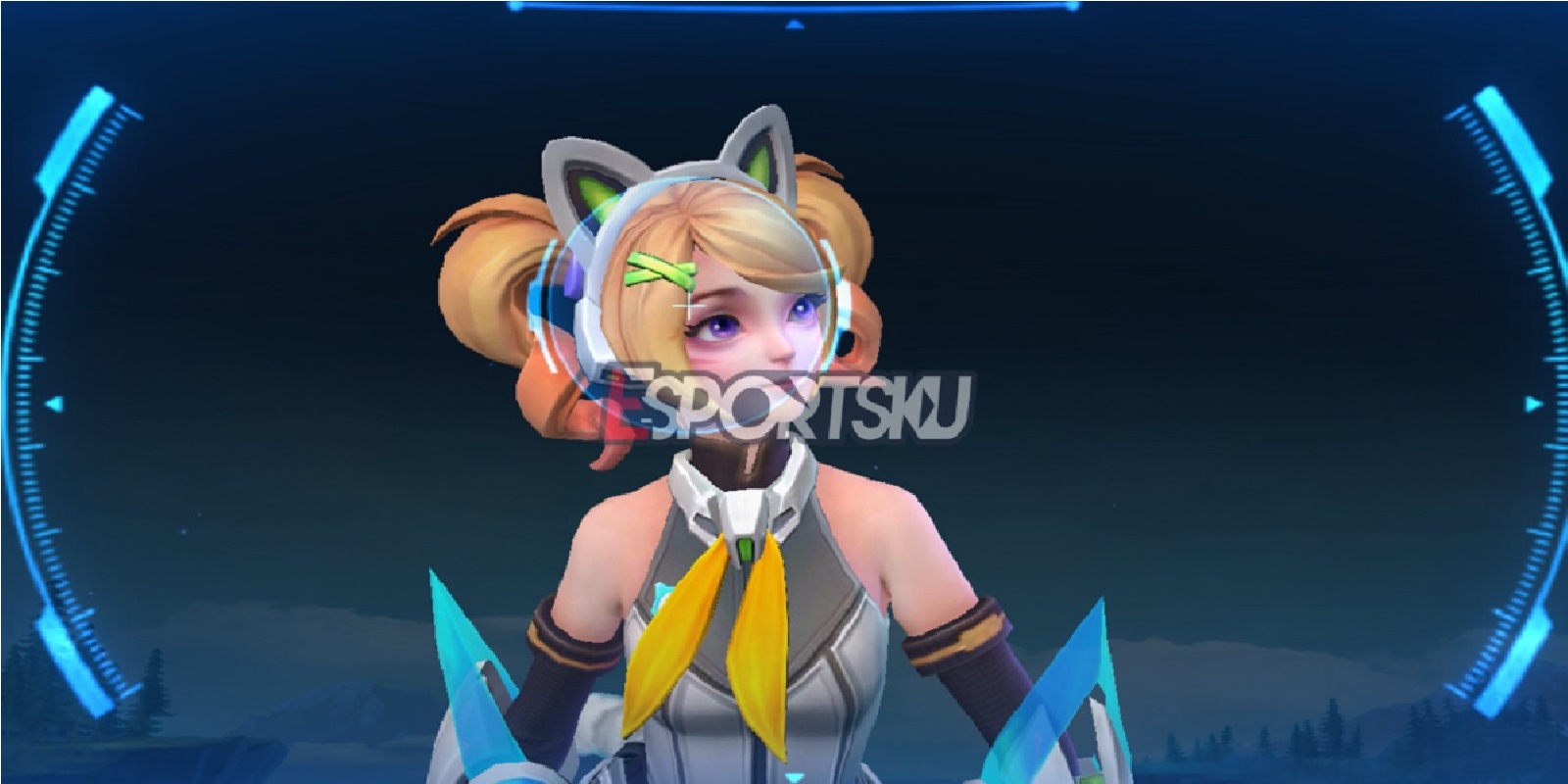 Originally an ordinary girl, now Wanwan has turned into a very sweet and beautiful E-Girl. This is a special skin that is here to indicate that MPL Mobile Legends has started. Like a Youtuber, but Wanwan uses costume clothes more lively.

Wanwan uses headphones that are shaped like cat ears, white and green are the same as her current hair. Then Wanwan’s clothes are changed to not too complicated, light and the impression is very modern when you use them. Use a yellow tie and a gold black skirt that is very attractive.

Then a weapon whose model is much smaller than other skins, it’s really one of the dreams to have something like this. If you want to buy it, you can directly check the shop, the price is also cheap, namely 749 DM or the equivalent of 1 Special Type.

After knowing the 6 Best Wanwan Mobile Legends (ML) Skins, then this is what you will find on the hero. As a cool and good skin, of course our choice to be able to get it is getting bigger. You must be interested in using one of these Wanwan Skins, maybe you should buy it now. Keep practicing, play wisely and don’t become a toxic player!