Now we will inform you about Jota character. Starting from skills, weapons, and character combo that will be explained later. With these information, you can properly use this character later in the game

Free Fire is one of the best battle royale game in android. There’s a lot of type of weapons and characters in the game with certain skills available in every character. You can also play squad with your friends or solo. Here we will explain you how to properly use certain Free Fire character. With the knowledge on how to effectively use the Jota character free fire, you can improve your gameplay, and it can give you an advantage by acknowledging the character skills.

When playing with your squad, there has to be the players that uses the same character, and some uses different character. You can utilize this opportunity to work together and battle your opponent. But beforehand, you need to identify the character that you are going to use in the match later on. Jota’s skill is that he can heal himself every time he kills an enemy with an SMG or a shotgun. So this character is suitable for you to rush an enemy. 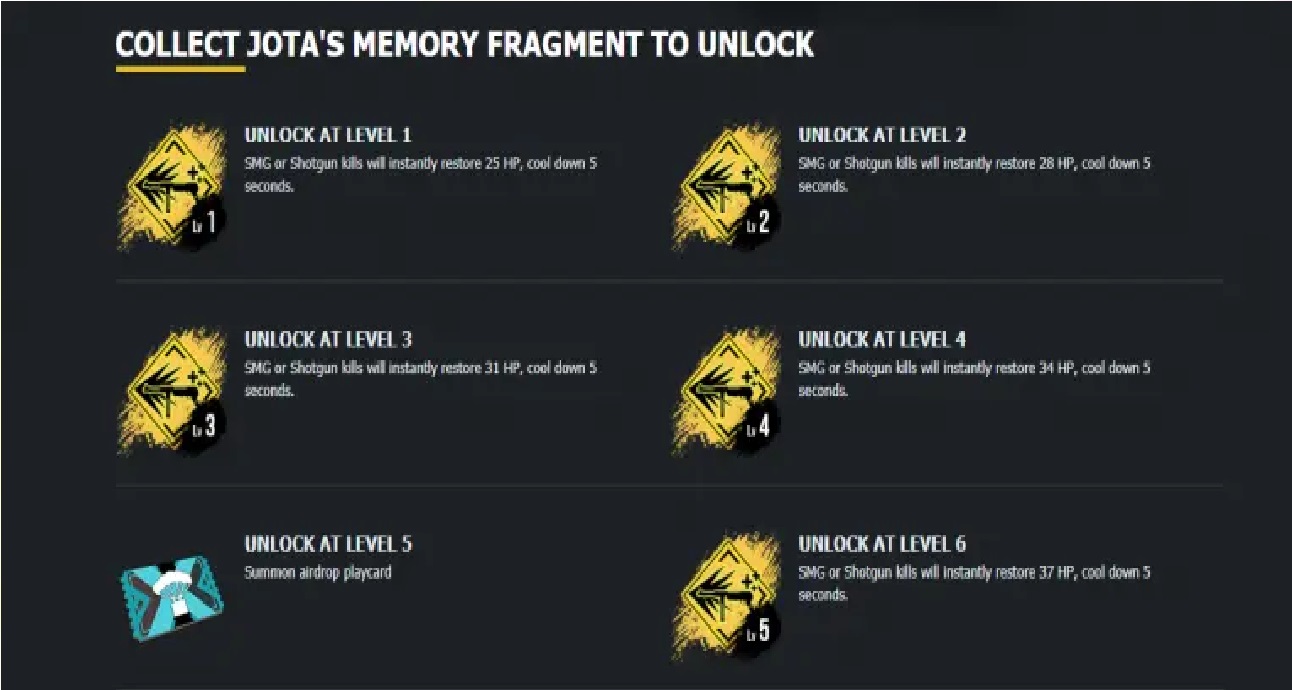 Jota  free fire is a character that is suitable for close range battle. You won’t have to worry as much since Jota will heal himself after he kills an enemy with an SMG or a shotgun. Both of those guns is really effective in close range. As a Free Fire Rusher, Jota won’t have to worry to rush because he can heal himself after killing an enemy with SMG or shotgun. Both of those weapons is a deadly close range weapon. So approach your enemy and get closer to kill effectively.

You need to find SMG or shotgun in the game to utilize his skill. If you equip a sniper or an assault rifle, his skills will not be able to utilize. SMG and shotgun is an effective rusher weapon that can easily kill an enemy close range. You don’t have to worry about the enemy being close to you, because if you kill one with the SMG or shotgun, he will heal himself.

It will be difficult if you use Jota to play by yourself. He will be more effective if you play with a squad.

Jota’s skill is called sustained Raid. This Jota will heal himself after he kills an enemy with an SMG or a shotgun. Both of those guns is really effective in close range. As a Free Fire Rusher, Jota won’t have to worry to rush because he can heal himself after killing an enemy with SMG or shotgun. In level 1, Jota will only heal as much as 25 HP.  However, his skill will cooldown for five seconds after it’s activated, so be careful when approaching multiple enemies. And it will increase as long as his skill levels up. On level to, he will be able to heal as much as 28 HP, 31 HP on level 3, and on and on up to level 8. But the cooldown time doesn’t decrease.

How to Play With Jota Free Fire

Jota is suitable for players that play with aggresive playing style. You need to get close to your enemy, while wielding a shotgun or SMG to make the effective kill.

When you play with your squad, other characters will help you work together to win. And for Jota, there are several character that is able to support each other as a team. DJ Alok is a buffer character that can provide others with movement speed and is able to heal in around 5m distance. With him, you can approach your enemy even more effective because you will get more heal with DJ Alok on your side. 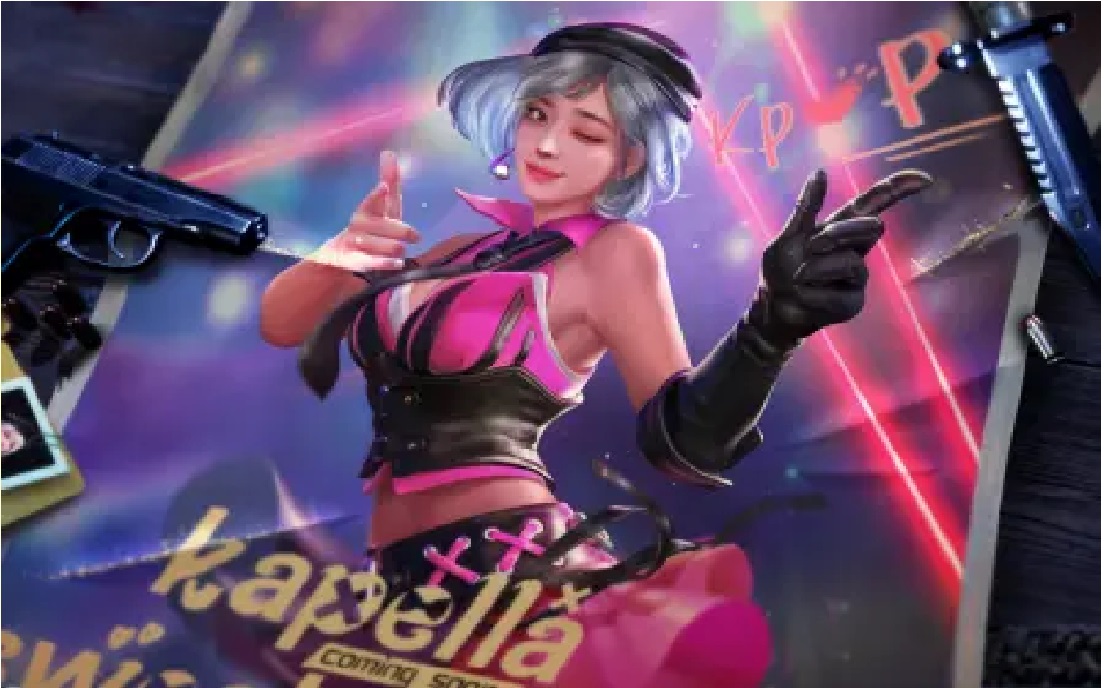 Kapella is a character that can heal her team in order to support her team in the game. She will help Jota increase his healing ability even more, and with DJ Alok, the three of you will have a huge healing skills altogether.

Moco is an observer that can mark an enemy for her teammate to spot. When you play with Moco, never look away from your enemy and let Jota do the job, since Moco is able to mark an enemy in her sight.

As a rush character, Jota free fire is a character that is powerful in close range and having high damage. However, Jota will not be as effective in long range, and he cannot heal himself without wielding SMG or shotgun. And despite the high amount of self-healing, its skill need to cooldown for five seconds after it’s activated. So be careful as you approach multiple enemies. You can use some tips that brings you mutiple kills in game with jota free fire

And so, that’s the complete review on the character Jota in Free Fire. Now you will be able to use Jota as your designated character, if you’re an aggresive player who like to rush an enemy in battle. Follow us on instagram esportsku !

Free Fire Pro Tips to Survive ‘Till the Final Zone!