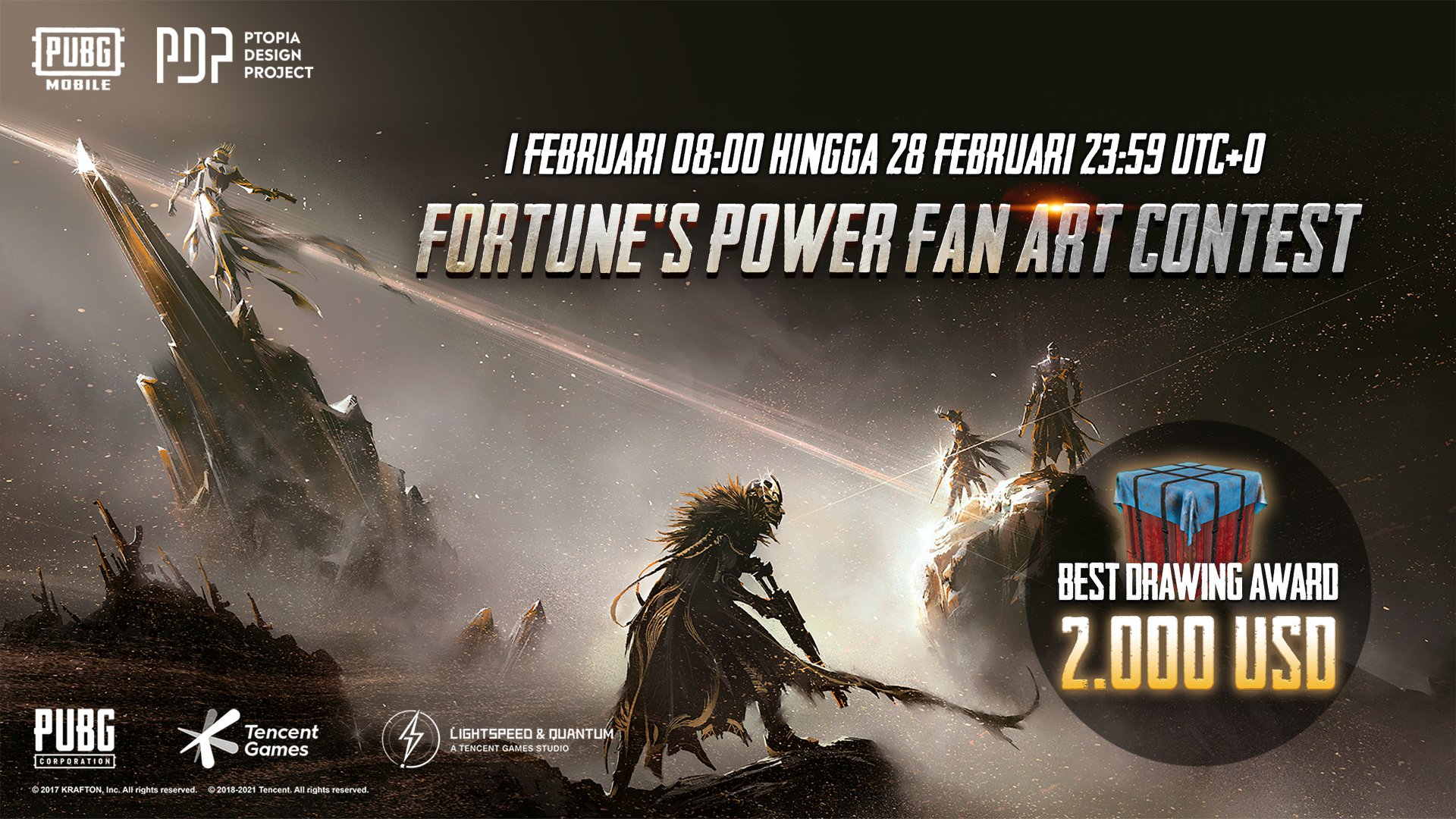 Outfit set Fortune’s Power four contain each character have their own uniqueness. all four describe two kingdom with elegant view.

Fortune’s Power Fan Art Contest was held on February 1-28. For a month, contestants from all over the world sent their best-made pictures. The registration time ended. All results submitted by contestants selected by jury and today results announced.

The results of the winners for the Fortune’s Power Fan Art Contest in PUBG Mobile are announced through the following official PUBG MOBILE ID Instagram account .

It can be above 2 contestants from Indonesia who managed win contest in nomination for Popularity Award. Interestingly, both of them are the same person, namely MospearuXu.

That’s the list of winners for the Fortune’s Power Fan Art Contest in PUBG Mobile.

Follow the latest information and news about the world of esports only at Esportsku !

How Breakthrough and Conquest Works in Battlefield 2042